We had a little family outing on Monday night to see Lifehouse in concert, it was amazing! It was at a small place in Salt Lake called In the Venue which is standing room only so we were like twenty feet from the band the whole time... I thought Kara and Evan might explode with excitement. Kris Allen opened for them and he was great!I had only heard one of his songs before ( Live Like We're Dying) but I am definitely a fan after hearing him live! 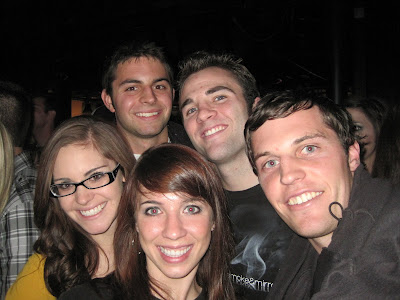 The whold crew smashed into about a six foot radius. Fourteen year old girls kept tapping Zander and Evan on the shoulder and trying to get them to lift them up so they could crowd surf... they didn't have much success. 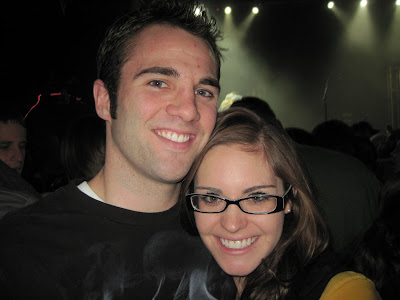 Long waits between the bands, but it was worth it! Plus I loved hearing them play our wedding song :) 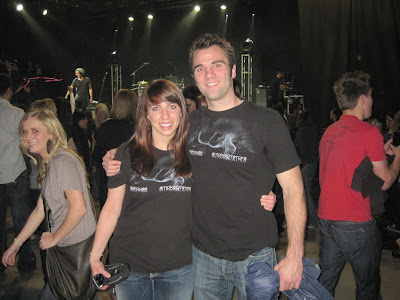 These two are obsessed. And matching. And I love it. 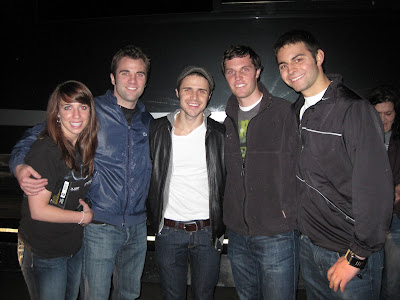 We waited around after the concert to see if we could meet Lifehouse, they never came out but we did get a pic with Kris Allen! Backstage passes next time Kara.