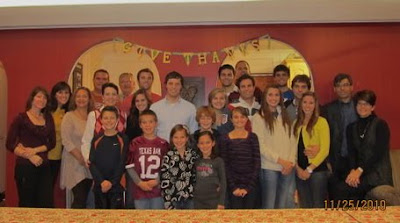 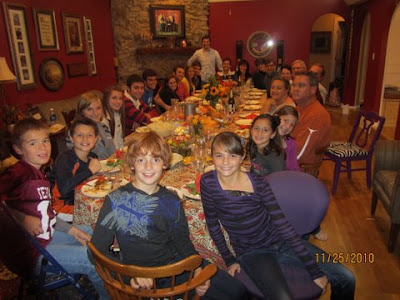 There is one event at Thanksgiving that we are NEVER under any circumstances allowed to miss. The Turkey Bowl. Its a huge football game Thanksgiving morning where all the "old men" from the ward (returned missionaries and up) play all the young men in the ward and anyone they can scrounge up from their high school football teams to help them have a chance. I always thought there couldn't be anyone in the world more competitive than my brothers. When their team is losing, the TV goes off. Hats are thrown. The entire day and sometimes multiple days afterward and possibly life as we know it is completely ruined! And then I joined the Fox family. I never knew card games and board games could have the same effect! Okay I'm exaggerating, and it actually makes it a lot more fun when they all get really in to it. But Evan and his brother Christian were on an intramural football team together this fall and I have to say, they take it just as seriously. Kara and I have enjoyed some great entertainment watching those two live out their dreams on the field. Talk about competitive. So I knew Evan would be excited for the Bowl this year (notice he is the only one who STILL has a game face on) and thank goodness the old men won! 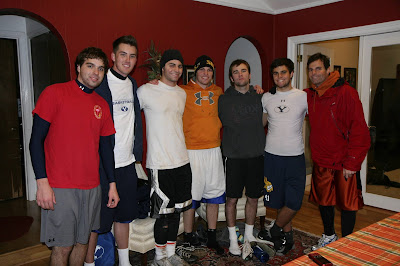 There are no girls allowed at the Turkey Bowl. No spectators, no Wive's Club in the stands. It's a man's game. Women stay home and cook. So gladly, Chrissy and Chey and I stayed home and I taught them to make pie crust instead! 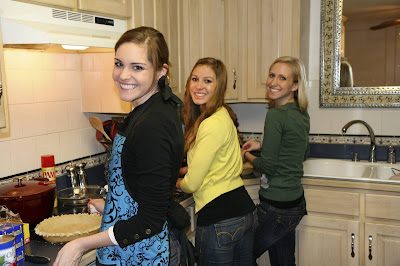 And the younger ones got assigned the dreaded potato peeling job... thanks girls! And my cute Grandma making her pumpkin dessert, delicious! 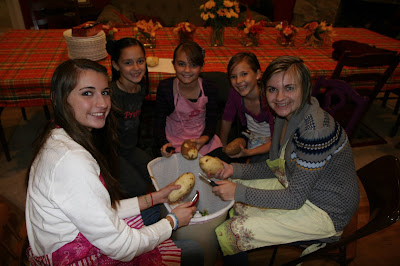 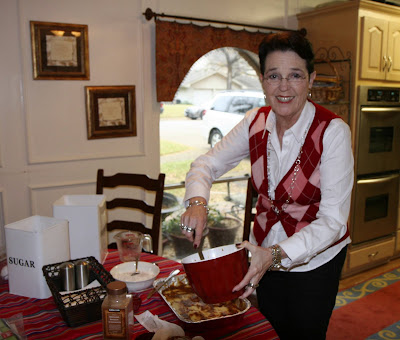 We also started the tradition of a family Turkey Bowl so all the little cousins and the girls wouldn't have to completely miss out. My Uncle Matthew was in charge this year and he's really creative. When I was little I used to call him on the phone and tell him I needed ideas for my Halloween costumes. He would quiz me on a whole bunch of random questions like what I ate for lunch that day and what my favorite color was and then tell me he was putting it in the brain machine and he'd call me back. The next day he would always have a list of the 20 most inventive costumes I could ever imagine (like a cell phone which was very original in the 90s) and I seriously thought he was magic! He tweaked our family Turkey Bowl this year and it was so much fun! Instead of just playing football, the rules were that we had a base of three sports: kickball, soccer, and football. You start off playing kickball, then whichever team scores a run first gets to pick the next sport. We chose soccer, then after a goal we moved to football and on and on until the sun went down. 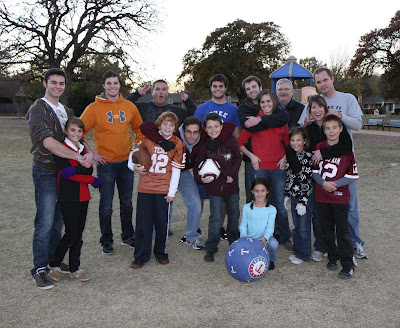 Both teams after the game 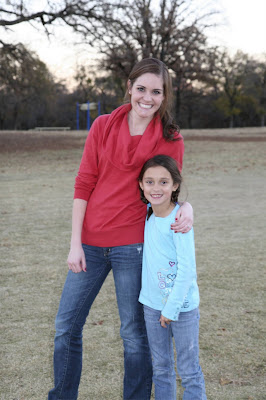 Daniella and I during some crucial point in the game where I'm sure we were supposed to be chasing a ball instead of posing. 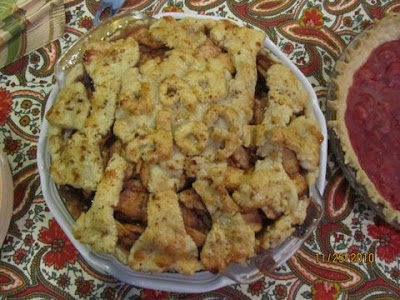 Here is another one of Matthew's creations... We actually made all the pies on Wednesday and then hid them in the weight room because no one would be going in there and its the coldest room in the house. Unfortunately it wasn't tricky enough because our dog found them and ate all the pies! This is the apple pie crust Matthew remade the next day, I don't know if you can read it but it says "Bad Dog"

I also experienced my first round of Black Friday shopping. I have never been allowed to go until now because my mom was always buying presents for me, but now her job as Santa has been passed on the Evan and I get to join in! I had no idea how crazy you shoppers are. We got up at 3 AM!! On the way to Target at 3:45 I insisted to my mother that no one else would be there, everyone was surely still asleep. She basically just laughed at me and when we pulled up there was a mile line wrapped around the building. Really people? It was worth it though because we got great deals and it was so fun! We got five hours of shopping in before anyone else even woke up. Genius.

Going home for the holidays with a boy is so much different than being single! Luckily he's a good sport and I can send him off to play hours of racketball with my brothers when my mom and I have girl stuff to do. It was so weird that Evan and I were back in my old high school bedroom, but I LOVED having him there every minute and sharing my family traditions with him as we start making our own. We were talking late one night and I asked Evan what he was most thankful for, he says to me:

"Baby you know what I'm most thankful for, the best thing in my entire life happened this year..... The Giant's won the world series!" Haha yeah... he loves me.

But in all seriousness we have been so greatly blessed in countless ways this year from our beautiful home to our incredible families and wonderful friends who give us so much support, and most importantly our marriage and the gospel. So thank you to all of you who are involved in our lives and for letting us be involved in yours, we love you so much! 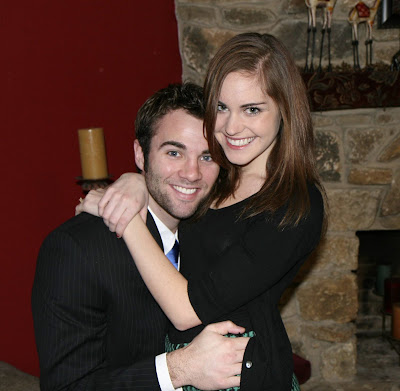