We spent Christmas break in Cameron Park this year and I absolutely fell in love with Evan's home town. We had a great time just relaxing with family and visiting old friends and mostly NOT doing any school work at all. The joke of the trip was that the supposed "Storm of the Century" was coming across the Sierra's the day we planned to leave. Every single person in Evan's family and even my dad's parents called us warning us of the storm and advising us to take the southern route... an extra 6 hours long! To quiet everyone's concerns Ev finally gave in and decided to take the extra long route... well turns out so did the storm. We never turned our windshield wipers off for the first twelve hours of the trip! Notice I said the FIRST twelve hours because don't worry there were still six more to go. We called Caleb at that point who had decided to brave the mountain highways only to find out he could have pretty much ridden his bicycle down the pass. Not any snow in sight. Awesome. So Ev, Kara and I got a whole lot of extra bonding time and provided entertainment for the rest of the family for the whole trip.

Brandon and Brittany took us with their family to downtown Sacramento to look at the lights and walk through "Old Sac" which has all these old fashion shops and ends up right on the Sacramento River. One of the stores was a hat shop and I had a pretty tough time convincing Evan to leave without purchasing these. 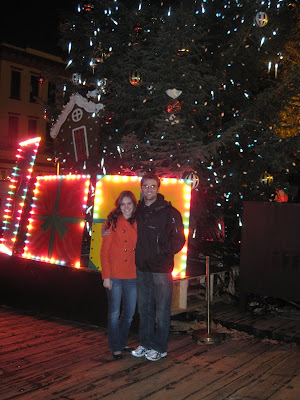 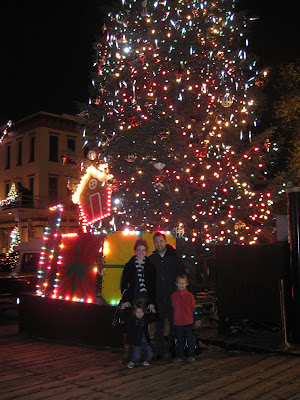 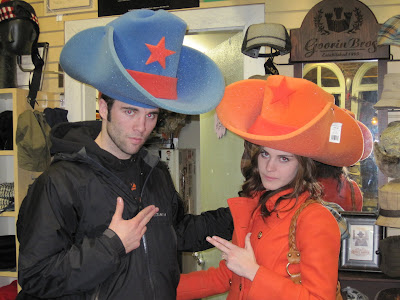 We had a great family night where we all brought the presents we had purchased and wrapped them up and dropped them off at the family's home as Secret Santa without them knowing it was us. The kids were so cute wrapping up all the toys and so excited to ring the doorbell and run. Evan and I were babysitting Brandon and Brittany's kids that night which was great until all the sudden we found ourselves driving down the highway in a minivan with three kids in car seats in the back and I just started laughing at this window into our future lives. Luckily their kids are adorable and lots of fun, they kept us on our toes! 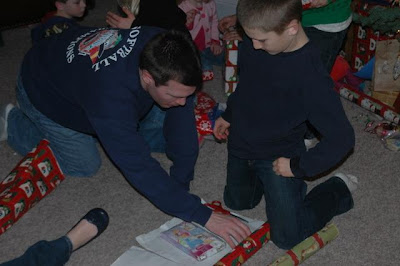 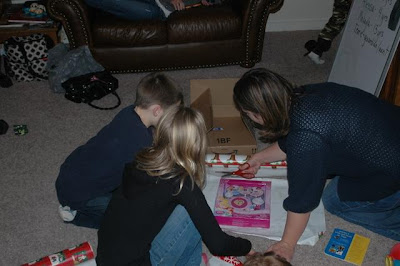 This is Evan's creepy disguise he wore to take the kids up to the doorstep and drop off the gifts. 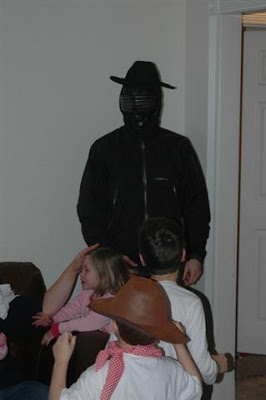 Christmas morning was so fun, I loved watching all the little ones so excited to see what Santa brought! 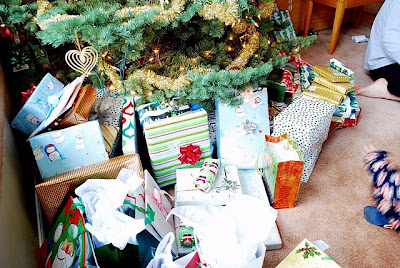 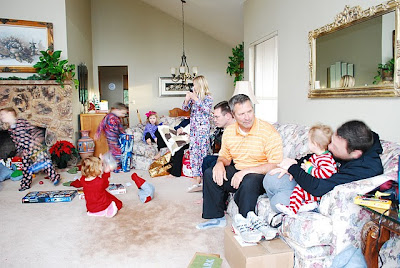 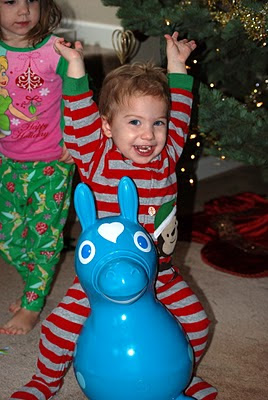 There was also tons of Giants stuff this year, I made this collage for Evan with his ticket and memorabilia from the game he went to with his Dad and brothers. 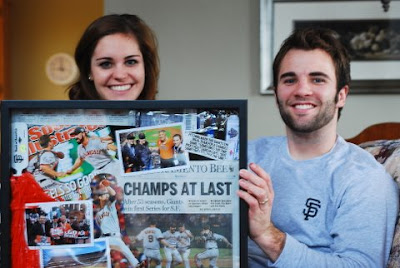 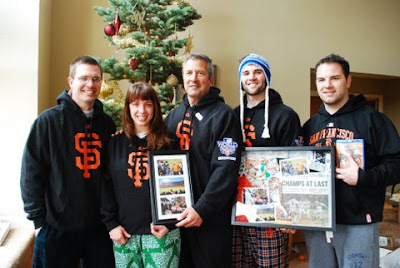 Some other highlights of the trip were game nights until 3 or 4 in the morning... Rook gets pretty intense in that house! And Brittany helping me make stockings for Evan and I. Evan and Caleb threw a Mistletoe Mayhem dance party at Caleb's house where they got to catch up with friends from high school and had mistletoe hanging from every few feet, it was quite the event. I also spent a lot of time reading The Hunger Games... highly recommended and I just had to take advantage of reading a book that didn't end its chapters with "key terms" and "concept reviews". We had a wonderful time and it was a much needed break, we can't wait to see everyone again this summer!