Skip to main content
Labels
Posted by Kamille May 15, 2011

The Price of Freedom 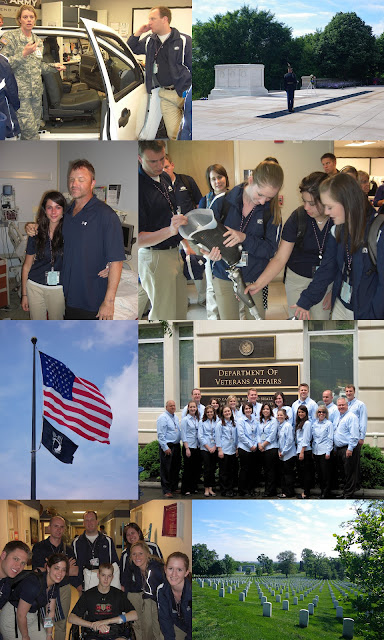 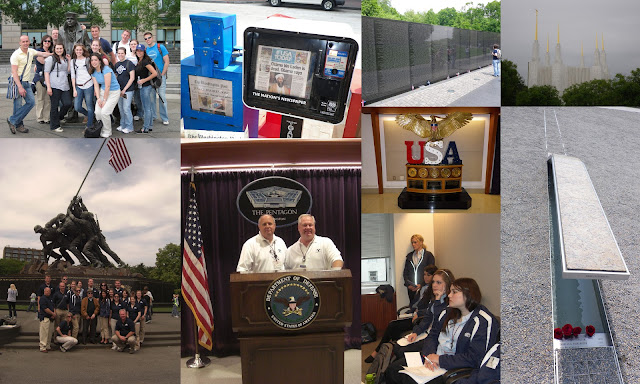 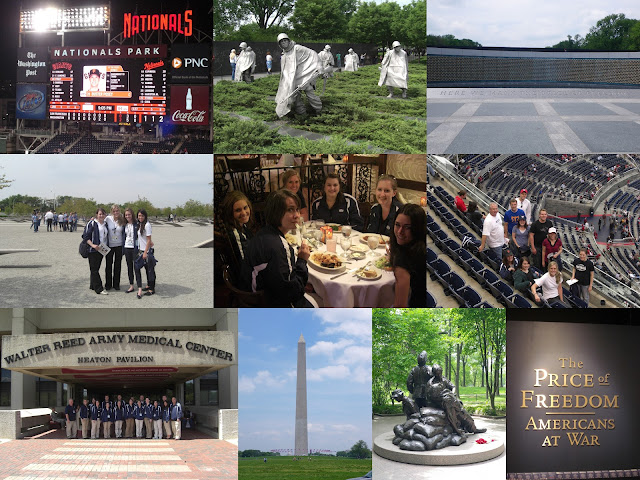 "And now it came to pass that when Moroni, who was the chief commander of the armies of the Nephites, had heard of these dissensions... he rent his coat; and he took a piece thereof, and wrote upon it-In memory of our God, our religion, and freedom, and our peace, our wives, and our children—and he fastened it upon the end of a pole. And he fastened on his head-plate, and his breastplate, and his shields, and girded on his armor about his loins; and he took the pole, which had on the end thereof his rent coat, (and he called it the title of liberty) and he bowed himself to the earth, and he prayed mightily unto his God for the blessings of liberty to rest upon his brethren, so long as there should a band of Christians remain to possess the land— "
Alma 46:11-13
This summer I have had the chance to take an elective course on Veteran nursing. I don't have much personal experience with the military so this class has really opened my eyes and filled me with so much gratitude. I've always considered myself a pretty patriotic person, I do things to support my country... Like for example I own pretty much every single country song ever written that has the word "America" in it. I wear red white and blue on The Fourth of July (my favorite holiday), I don't litter, and I put my grocery cart in the designated spot in parking lots. You know, really important stuff. Pretty good right? Every night when my dad got home from work he would ask us,"What have you done for your country today?" I always thought it was just his way of asking how our day went, we usually came up with things like homework or mowing the lawn, as if it were a great accomplishment of national consequence, but after this little window into military life, I have to say I feel like its time for me to do a little bit more. 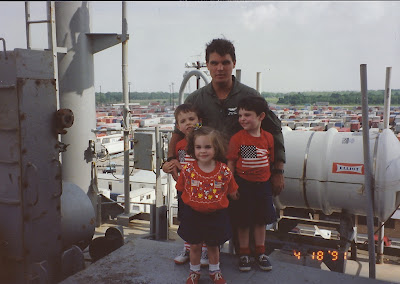 This is my brother and cousin and I with our Uncle Andy who served in Dessert Shield/ Dessert Storm (we're pretty cute huh?).  I had the opportunity to interview him about his experiences, and then in Washington D.C. I got to hear the experiences of so many other veterans from World War II to Operation Enduring Freedom/ Iraqi Freedom. We spent a day visiting all the war memorials and I was overwhelmed with the magnitude of lives we have lost throughout our history fighting to protect our own freedom, and also fighting for others to keep theirs. Walter Reed Army Medical Center was certainly the highlight of our trip. We went onto the floors of the hospital and got to meet soldiers who had just come off the front lines injured in Iraq and Afghanistan only days before. The character of these men and women is amazing. They are young and healthy and strong and devoted to our country, to their service, and to their cause. Some of them wake up there missing both legs, or even all four limbs and still have the desire to go back. Miracles happen in that place. We were throwing them a pizza party one night and a girl in my nursing class just happened to go into the room of a soldier who had been blinded by and IED a few days previously. As they started talking she slowly realized that he was the father of her roommate who was currently serving a mission. She had gotten an email two days before from that roommate asking for prayers for her father, and here we were standing in his room holding his hands. We had no idea that he would even be at that hospital, let alone on the unit where we were throwing the party. God watches over his soldiers, that was no accident.
There were so many similar experiences and I can't write them all, but the feeling I went away with after the whole trip was just immense gratitude for our military men and women, and their families and the sacrifices they make. I have been thinking a lot about the spirit of our country during World War II and after 9/11. During those times we were united. It wasn't just someone else's big brother who was at war, or the Army that was at war, it was the whole country that was at war. I know politics get messy and debates about reasons for war could go on forever, but in the end I think it shouldn't matter. It doesn't have to be Memorial Day or Veterans Day or Independence Day for us to celebrate. Just take the time to thank a veteran, say a prayer for our troops, let Grandpa tell you his same war stories one more time, or just find a way to show your appreciation beyond voting once every four years during the Presidential election. Honor our service men and women  for what they do every day, and remember what they are fighting for-In memory of our God, our religion, and freedom, and our peace, our wives, and our children.
Labels: Nursing