I have had a lot of time on my hands lately, and rather than boring you with stories about my occasional meltdowns on how I feel like a purposeless human being (why did I want school to end so badly....) I will tell you about a few of the things I have been filling that time with! Ten things I'm loving right now:

1. New Recipes:
Spaghetti and Meatballs from Rachael Ray. Evan is a little picky about his spaghetti, I think it stems from one too many bottles of Ragu on the mission, ew! I found this recipe and I took it to a family in our ward who just had a baby. She told me she felt like she was at an Italian restaurant, seriously its SO good, and easy!
2. Original Hems:
Anyone else have this problem? Every single pair of pants I buy is too long! I found a tutorial here for how to hem your pants using the original hems all by yourself. Saves you like $20 bucks a pair! Turned out pretty good if I do say so myself.
3. Bonneville Shoreline Trail:
I have a confession to make. I have been training for a marathon since January and now my training has ceased. Partly because my running partner has moved to Texas (to my hometown! so jealous!) and partly because once I got to 12 mile runs I started to dread running, and that was not okay with me. Its supposed to make me happy, that's why I do it in the first place! I volunteered in the medical tent at the Utah Valley Marathon this weekend just to test the waters. I was given the position of "catcher", literally you stand at the finish line and catch the runners as they run/fall across it and carry them to the medical tent. Strangely, it made me so sad I was wearing a volunteer t-shirt instead of a participant jersey...weird right? So a marathon will stay on my bucket list, but until I find a new teammate I have resorted to mountain running. Evan bikes it and I run ahead of him. Its beautiful, if you are in the Provo area head up there for a bike ride, a hike, a run, a walk, or even just a picnic :) 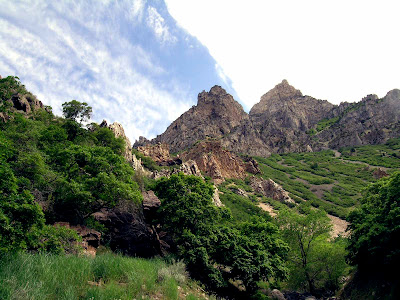 4. 5 Star BBQ Company:
Kind of random how we found this place, Evan is playing on a summer softball team and one of his friends on the team is a chef here. We went to try it out and seriously y'all, it is to die for. I'm talking real honest-to-goodness Texas style BBQ right here in Utah. We have been there two out of the past three times we have gone out to eat (which is not very often so that's saying something!) Yum!
5. Music:
I'm a little late on this considering its from last summer's World Cup, but Evan and I were playing tennis the other night and the soccer team had this song blaring while they warmed up. Tell me you don't love this.
6. Free Stuff:
Did you know you can trade in 6 empty makeup containers at the Mac counter for a brand new lipstick! Granted it has taken me quite a while to build up to 6, but I finally went in this week and got one of these little beauties for absolutely nothing. 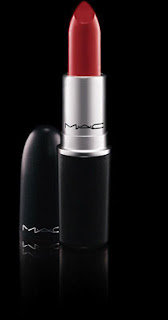 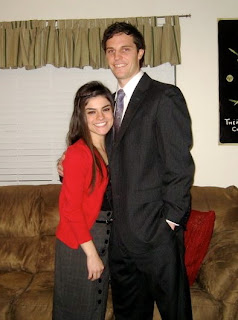 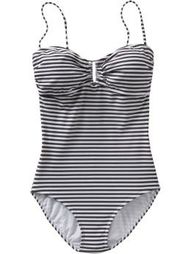 10.The Atonement:
" Listen to him who is the advocate with the Father, who is pleading your cause before him-Saying: Father, behold the sufferings and death of him who did no sin, in whom thou wast well pleased; behold the blood of they son which was shed, the blood of him whom thou gavest that thyself might be glorified; Where fore, Father, spare these my brethren that believe on my name that they may come unto me and have everlasting life." Doctrine and Covenants 45:3-5
So grateful.