Chad and I have been in the same ward since we were babies, and we've been best friends since!

Well...except for the time my dad was home teaching his family and I beat him up... but I was only five! And I'm sure he deserved it.


Or the time we were in sixth grade and we decided to "go-out" and be boyfriend and girlfriend... uh bad idea. That was in August and then we never even spoke to each other again until April. And considering we were the only two people in our Sunday school class every week that was quite the feat. Our poor teacher!
There was one time where I got brave enough to ask him if his phone worked. "Yeah. Why?" He asked. I informed him that he could call me sometime. "Oh." he responded. Cool. Yeah my phone never rang.
Clearly we didn't make a good couple. So I broke his heart and then five minutes later we were best friends again and decided to never ever be anything more than that. 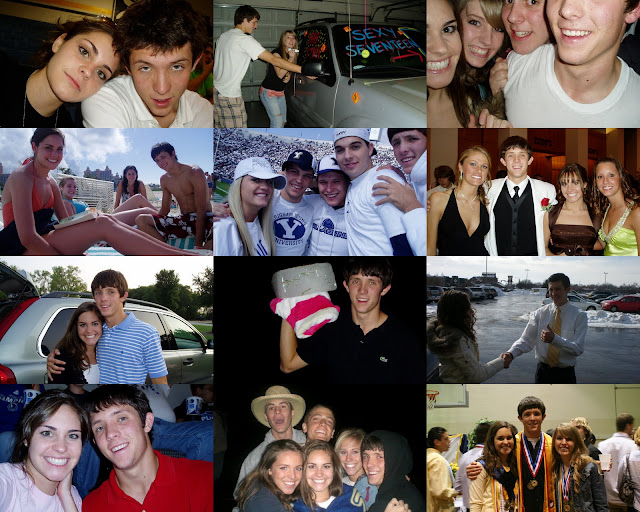 And it worked out great! Homecoming, concerts, Mav's games, EFY, all kinds of stuff.

We dated other people of course, but lets be honest he pretty much hated every single one of boyfriends. I was on a date one time with said "significant other" and we coincidentally ran into Chad. Chad (naturally) decided he didn't like this boy, and he kissed me right in front of my date!

Yeah that boy didn't stick around too long.

And to be fair, I was not often impressed with any of his choices either, that is until he introduced me to this lady: 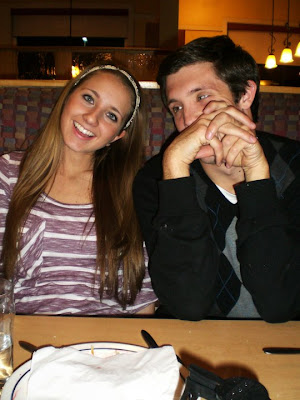 Yeah, HI. Someone I can finally get on board with! She came to an intramural football game in September (Evan and Chad were on the same team) and I immediately put her in my phone as "Sarah Spitzer". A little hasty? Perhaps. But when she started signing her name on our white board the same way in November.... I figured it was safe. Remember this? We were so excited for them!


Evan and I weren't sure we would be able to make it to their wedding due to stand-by flights and seminary starting the following Monday, but Karen and Chuck saved the day! 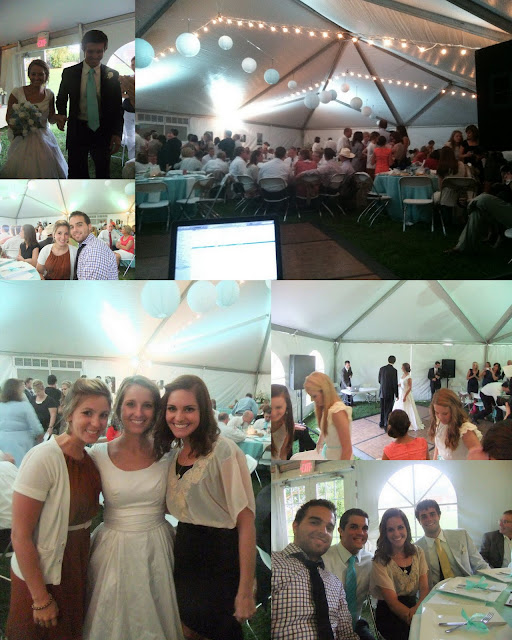 We got to be there for the whole thing! From the sealing to sending them off it was a beautiful day and such a celebration! Evan ended up being the DJ for the night (one of his hidden talents from his single days... Wild Wild West party anyone?) and we felt lucky to be a part of it. And even better, those two will be stuck here in Provo for a few more years so we'll still get to hang out with them too!

Congratulations Spitzer's! We love you!

And for future reference, you can read about them here.