My favorite professor Glenda, whom I lovingly refer to as Glenda the Good Witch, told me the best cake story I have ever heard. She taught a class on public health nursing and (my favorite), "complementary and alternative medicine" AKA go drink some water and your headache will go away, smell this oil and it will clear up your sinuses, stuff on herbs, acupuncture, etc. You get it. Natural practices. I promise I'm not a granola, but seriously some of this stuff works! And trust me I've read, written, and researched more peer reviewed articles and papers on the subject than you ever want to know about. It's real.

So one of Glenda's most powerful treatments is laughter. The week before our very first round of nursing finals she diagnosed us all as "too stressed" and held a special class to take care of it.  We had to wear sweats and lay on yoga mats and think about anything EXCEPT school, she forced us to relax and to laugh. While we were laying there she attempted to cure us with the following story (and to this day I  literally still laugh out loud every time i think about it):

Glenda's friend was throwing a birthday party for her son named Jamie. Jamie  wanted a dinosaur themed party so she headed to the Costco bakery for a cake. When you order a cake they have you fill out a form with two boxes on it, one for you to draw a picture of what the cake should look like and the other to write what it should say on the cake.  She did her best to draw a dinosaur in the top box and in the bottom box she wrote "Happy Birthday Jamie!"

Taking a second look at the picture she drew, she realized it looked a lot like Barney. Jamie was in fifth grade, he didn't want a Barney party. He wanted a terrifying  tyrannosaurus rex dinosaur party. So underneath

She figured the bakery would know that no eleven year old would be interested in Barney so that should take care of the problem.

A few days later she returned to Costco to pick up the cake on the day of the party. When she opened up the box to see how it turned out, she was thrilled to see the scariest looking dinosaur imaginable surrounded by flames. Perfect! He would love that!

Then she looked down at the bottom of the cake to check the spelling and it read:

WHAT?? Haha Apparently her "be" and "11" were a little too close together on that form and ended up just being "hell" instead.   Poor Jaimie! Well, I guess that explains the flames. But seriously what was that baker thinking?

So in my family I am the designated birthday cake maker and while I have not yet sent anyone to hell I have had to get pretty creative with a few of the cakes.... My husband's bicep for example. 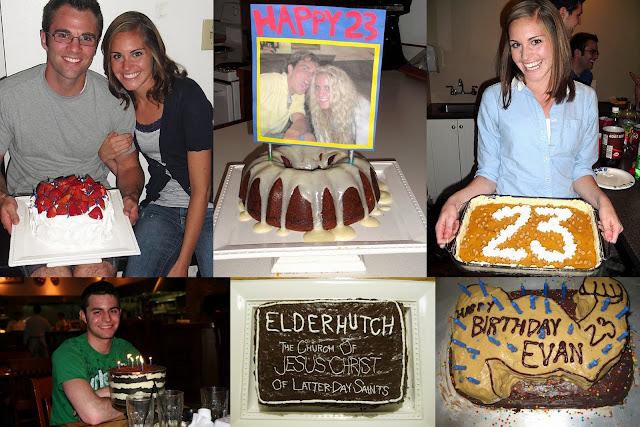 The cake I did this week was for Thomas James Hutchinson, its not his birth-day yet but my beautiful cousin Linley is due with her first in November and we are so excited to meet this baby boy! Heather threw her the cutest shower to celebrate. PS make this cake. AmAzInG! 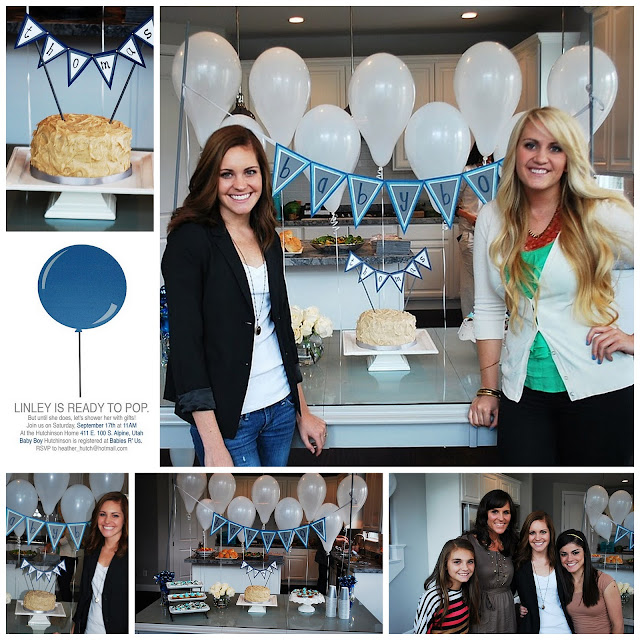