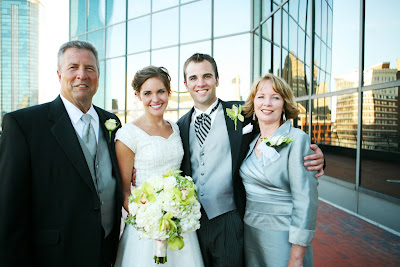 Guess who had a birthday! Richard turned 60 on September 30th and Marilyn decided to throw a big party to celebrate. Obviously we couldn't miss that! So after school Thursday we headed out to Cameron Park with Christian and Kara to surprise him.
Marilyn was doing her best to keep him awake all night and when we finally snuck in through the garage door at 11:45 PM he told her he thought someone was breaking in to the house. Trying not to give away the surprise, she pretended to be scared and stayed in their room as he came to hunt us down. Funniest part was, he was still in his underwear! Ha he got quite the surprise to find four of his kids at the bottom of the stairs instead. 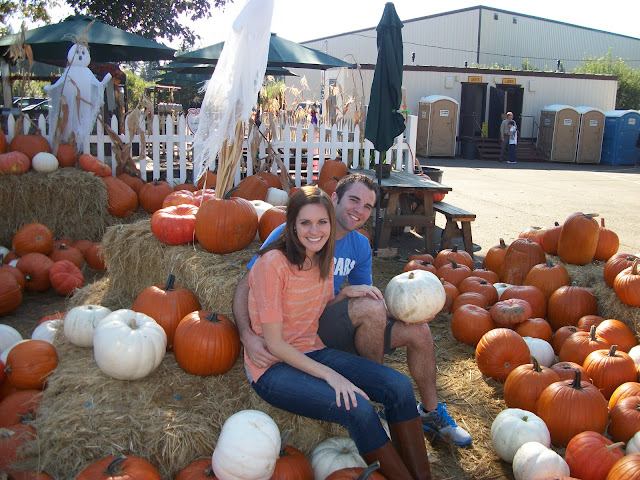 Friday we went to Apple Hill, its a little fall festival by apple mountain full or orchards and everything, and I do mean everything apple. Apple cider, apple milkshakes, apple doughnuts, about fifteen different variations of apple pies, caramel apples, and a free unlimited supply of apple juice just to name a few. Yum! 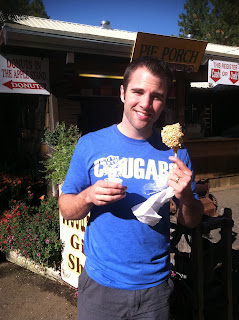 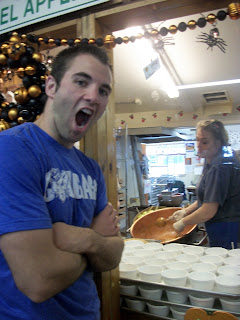 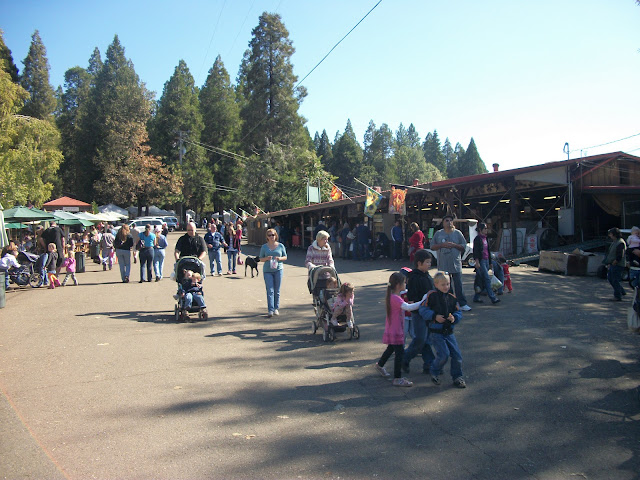 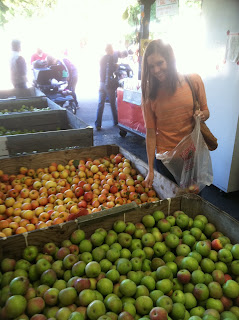 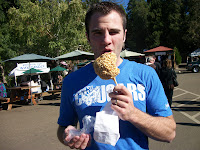 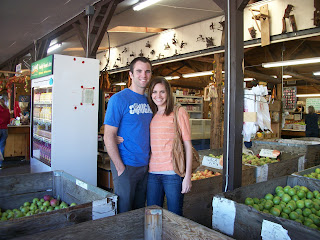 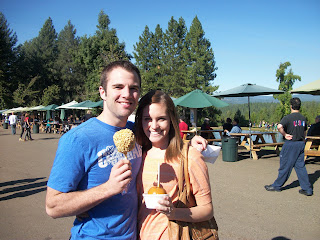 I LOVED it. Couldn't get enough (hence all the pictures).

Once we had sufficiently stuffed ourselves with apple products we took a little detour to Dave's Rent-a-Car where Evan's true love resides. We went for a test drive in their Tacoma and he was like a giddy little school child the rest of the night. I was instructed to post the pictures here so he has easy access whenever he wants to reminisce on that dream. Working on it babe! Someday! 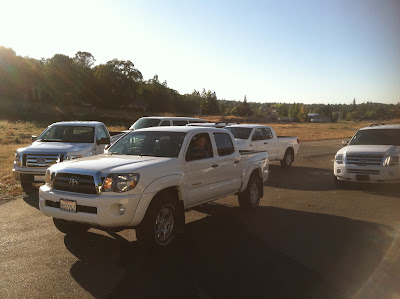 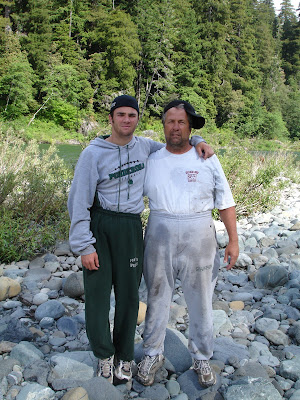 And Saturday of course was the main event! Amy had been working hard for the past few months on an amazing photo album with pictures from Richard's whole life and each of his children and grandchildren wrote him a letter for the book. It made me cry and I have only been around for year #59! The party was full of family and friends and as people went around the room telling stories and toasting I felt so lucky to have such a wonderful father-in-law. Plus the truth came out about all the pranks he has pulled over the years and I felt a little foreshadowing of my own life going on...like father like son! Evan gave the final toast and hearing the respect and love he has for his father and his desire to be like him with our kids was one of the sweetest things I have ever heard. Happy Birthday Richard! Thanks for letting us come party with you! 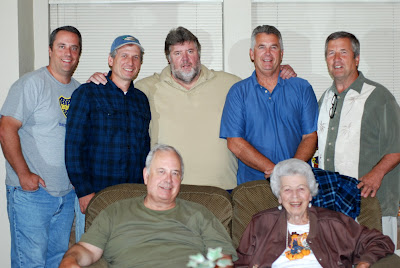 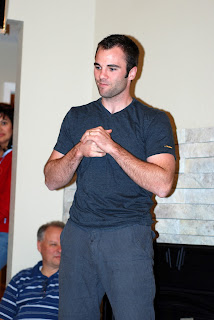 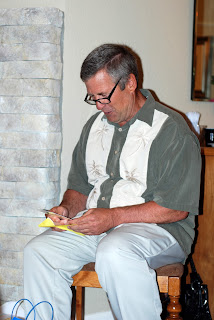 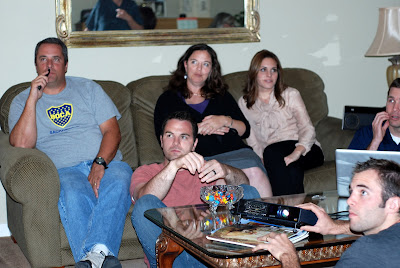 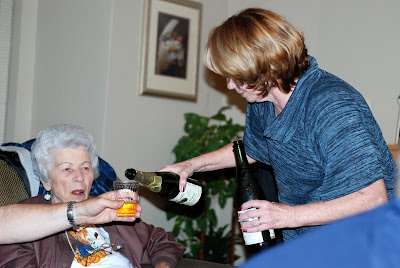