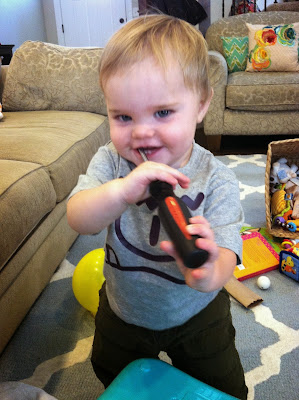 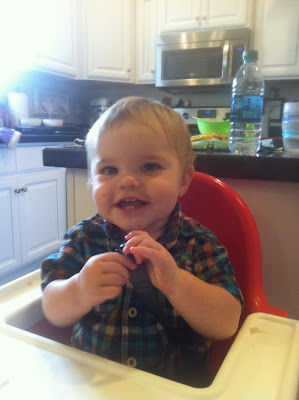 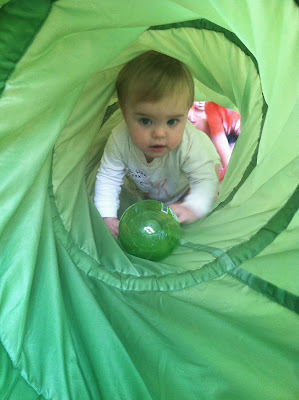 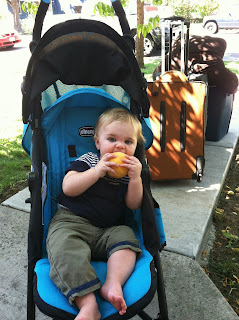 Its been a rough month for our little guy battling his first cold followed by his first ear infection, we've spend lots of hours in tears. I didn't mind too much at first because he actually wanted to be held for the first time of his existence on earth so I was loving the cuddle time, but two weeks later its just getting sad. He had some pretty great milestones this month too though and he just keeps getting cuter and cuter! He learned how to clap his hands and does so any time I say "Patty-cake" or if he hears music. It's pretty adorable at church when everyone starts into a hymn to look down at those tiny little hands joining in. We dance a lot to Imagine Dragons and Keith Urban too. My favorite thing is when he loses a toy under the couch in the living room and he sticks his little bum up in the air and smashes his face against the floor to look and see where it went. He's also started waving "bye-bye" but not consistently so if you've seen it you're lucky. For some reason he continues to have an obsession with ice water, but he started getting his mouth full and then spraying it out everywhere. Not as adorable as other things. I splurged and bought him a new toy this month because we were desperate for some entertainment with all the rain we've been getting. I was so excited but the minute I turned it on he started crying and crawled up my body like it was going to attack him! We'll have to keep working on that... He does not like to wear shoes as you can see in his pictures and refuses to stand up when they are on his feet. That'll work for now until it gets cold!

High chair toy: This is a little wheel that suctions to his high char tray and spins and he has been entertained by it for a solid five months straight now and he never gets tired of it. Love this thing. 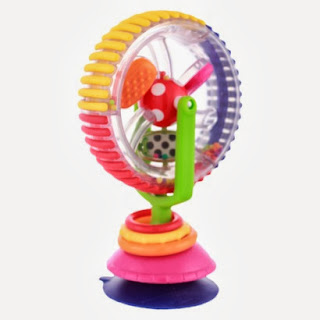 Long boarding lessons: We went for a little stroll for FHE one week and it turned out to be way more fun than we anticipated! 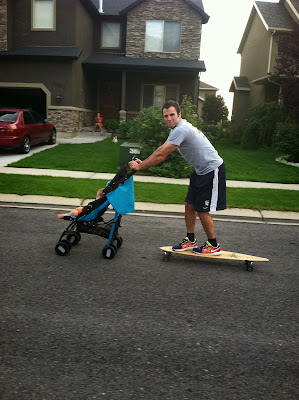 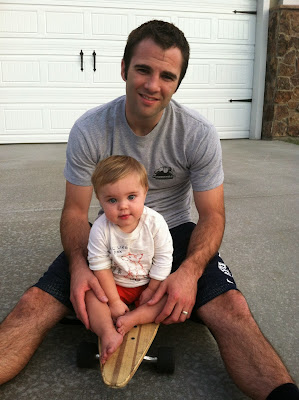 "All Done": Winston is sort of a best during meal time. He eats tons of food and is impatient when his tray is empty but when he decides he is done, he is DONE. So I try and teach him baby sign language to help him communicate what he wants right? Well the other night at dinner he was sloshing his left overs left and right across the tray so I said "Winston, all done?"

{it looks like this}
And apparently this was the first time Evan had seen this sign before because he decided to join in saying "yes son, where's your spirit fingers?" and acting like a male cheerleader for the rest of dinner. I pretty much choked on my food and died laughing. I guess we won't be using that sign after all.

Firsts:
Steps!!
Winston took his first steps on August 28th. Christian was hanging out with us and he walked right to me from his uncle, it was pretty exhilarating haha. I didn't realize I would be so proud! He refuses to perform for the camera though so sorry no pictures or videos.

His first steps came with his first injury, poor kid took a face plant into the sub-woofer. Ouch! 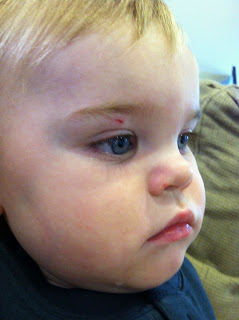 Word
"Dada"
Evan was headed out the door for work this morning and Winston did not want him to go and yells "dada!" That earned him an extra kiss and a few more minutes but he still cried when Dad left. It was the first time I think he knew what he was saying and said it on purpose. Lucky Dad!