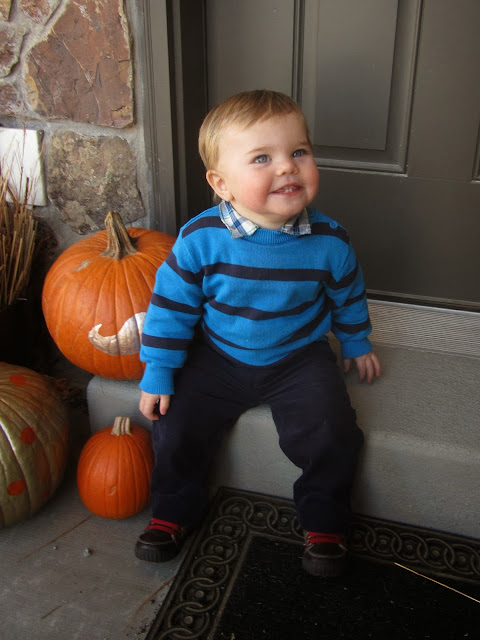 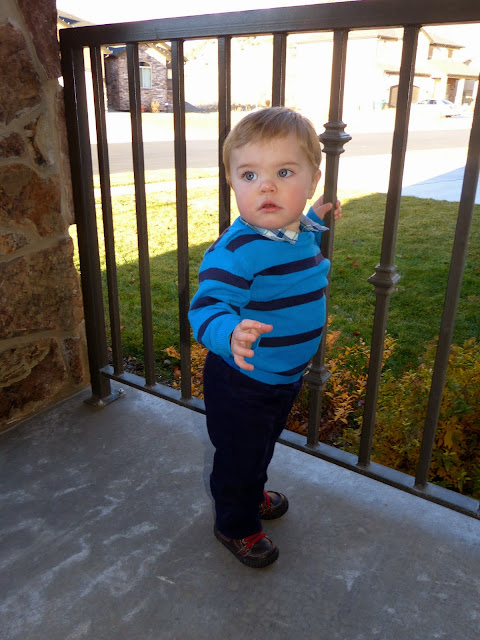 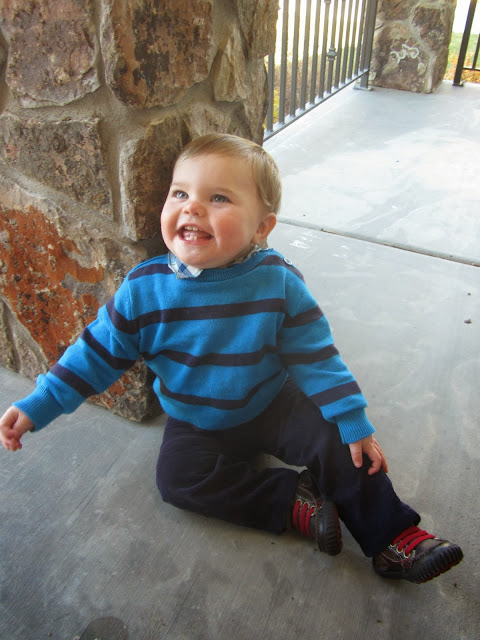 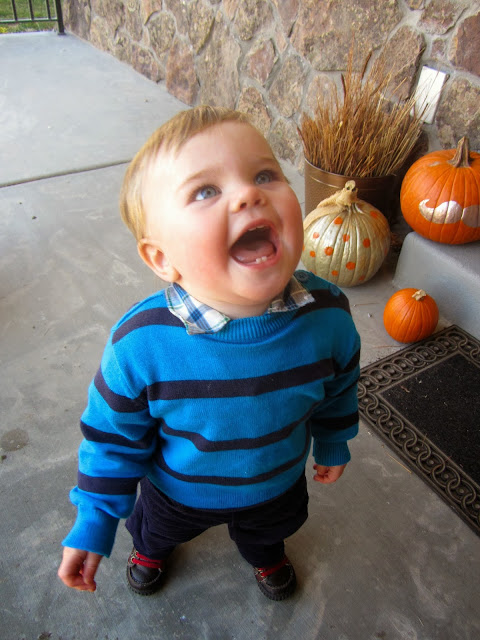 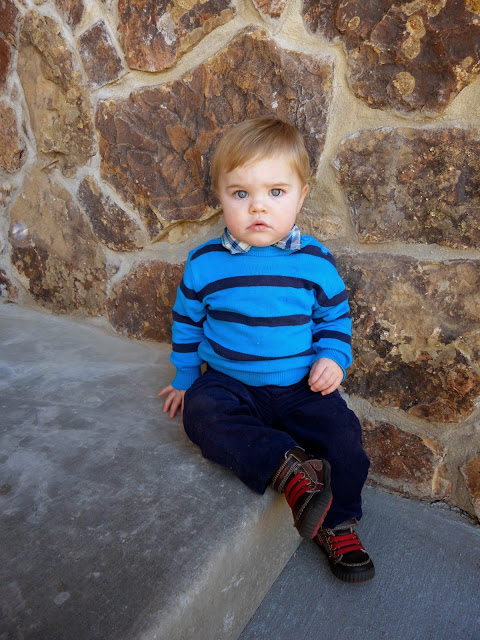 Our last monthly post! Winston is running all over the place these days and saying all kinds of words. He is loud, busy, fast, and never soft or gentle with anything. He can tell you what a tiger says, what a cow says (all the sudden he isn't afraid of them anymore?), and any time he sees a dog he starts barking. His favorite word is "thankyou" and he says it all day long, its adorable. My mom bought him the most darling new shoes, they are boots, so now he can't rip them off, and we get to play outside lots more! We are in {another} nap transition phase, plus he's drinking almond milk now too so the adjustments make for a little more crying than I'd like. He learns so fast and every day is an adventure. I'm starting some learning activities with him, our first one was "In and Out" and he thought it was just hysterical to put the blocks in and out of jars. For his birthday we had a mostly normal morning and then went to have lunch with Dad who was in the quarter finals of the "Plunger Wars" at work, oh the life of a seminary teacher. After Win's nap we went down to the Provo Rec center to the indoor pool and he was in HEAVEN. He laughed and splashed and swam for an hour and fifteen minutes and wore himself completely out. It was a perfect birthday activity. Looking back at his first year, having this little boy in our home just gets better every day.


1 Year Stats:
23 lbs (78th %tile)
30 in (57th %tile)
We also found out he has a condition called "dermatographia" which basically means ridiculously sensitive skin. Any time he scratches his skin or bumps in to something the area raises up into a hive and then it goes away 10-30 minutes later. There's no treatment for it and it looks scary but doesn't bother him at all so oh well.

My pajama t-shirt-he has some attatchment to one of the shirts I sleep in. He knows where it is, goes to my drawer and grabs it, and then runs around the house with it on his head laughing. Mystery.

PB&J- I think I was way more excited than I should have been to feed this to him for his birthday lunch. He loved it though and kept saying "mmm...mmmm"
Labels: Winston