Our 15 Minutes of Fame

I had what I thought was this cute idea for a blog post to reveal a little bit of our personalities, what shows we would be on if we were on TV?? The problem is... uh we don't have TV.  I mean we do have a flat screen hanging on our living room wall for movie nights and Baby Einstein or Giants games but other that that I have no idea what everyone is watching. We bought an antenna for $30 from Costco a couple of years ago so we could get the news and ByuTV and a handful of other channels but we hardly even use that. Most of my growing up memories of watching some TV show ended with my dad coming in the room at that very moment when you absolutely did not want your parent walking in {I swear they were all fully clothed five seconds ago?? What happened?!} and asking me if I really thought this was "appropriate" and then I'd feel guilty and turn it off. These were main stream shows mind you, what EVERYONE ELSE at Lamar High School was watching but he thought they were trashy and for the most part he was probably right. So I've just never thought to call up a cable/dish company and give them my money for something I'll constantly be turning off. Am I missing out? What are you watching out there??

Anyway after a little bit of research here's what I came up with:

For Winston: My Strange Addiction 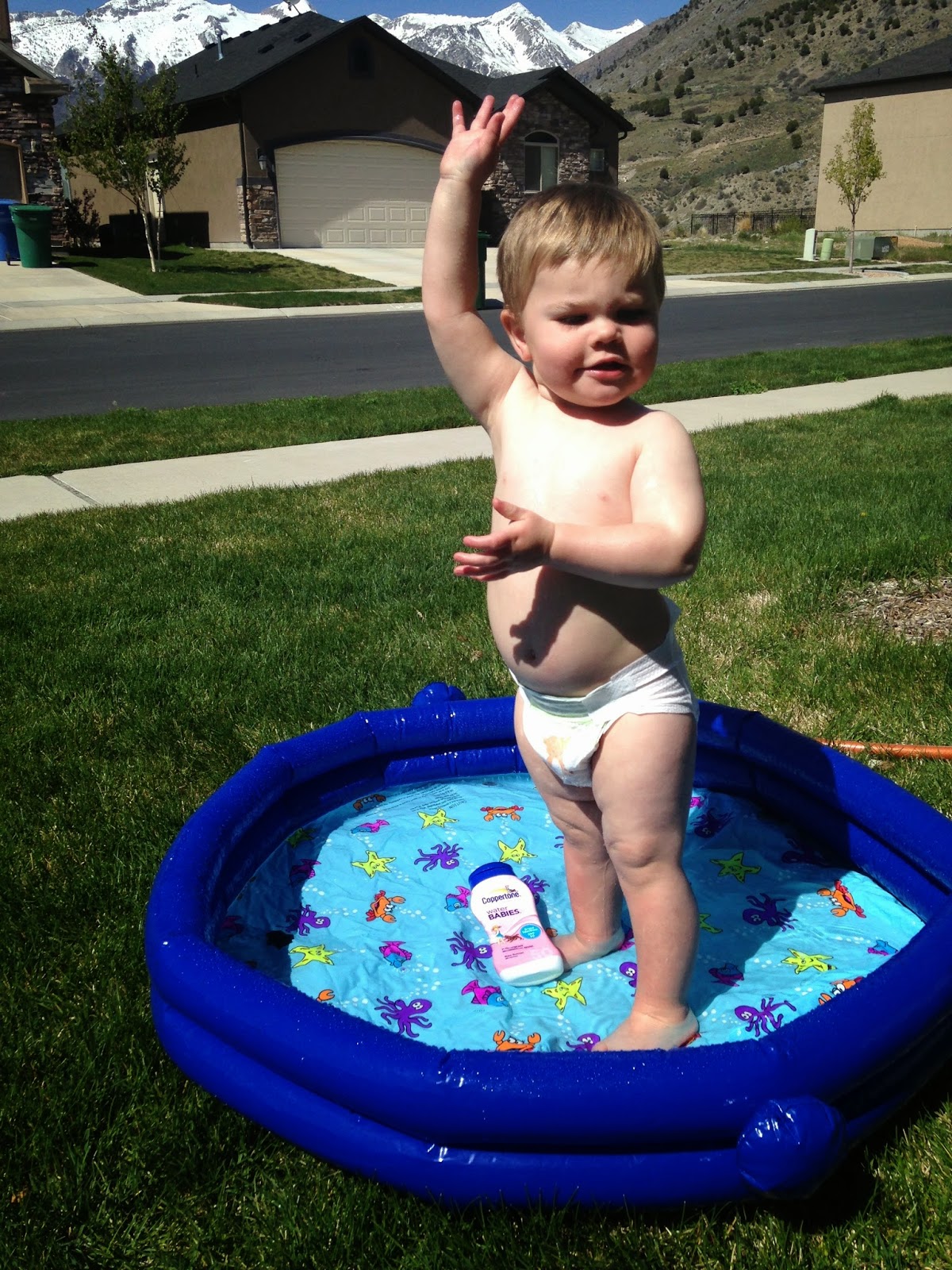 My baby eats wipes, bubbles and sunscreen, on purpose, and he likes it. I have to hide them all from him to prevent it! He started chewing on wipes when he was about 6 months old, I thought it was because he was teething and it felt good on his gums? There are worse things he could put in his mouth right? I didn't encourage it but to this day if he finds one he'll always shove it in his mouth and chew away. Gross! Then when we started blowing bubbles together he would want a turn which I thought was cute, but he dips the wand in the bottle and then shoves it straight in his mouth too. I thought maybe he was just confused at first and didn't know how to blow air or maybe it was because the bubbles were scented so he thought it would taste good but no, he was just repeatedly eating the soapy water for pleasure. I got the sunscreen out last week on the one blessed day the sun came to visit and he had a mouthful of it before I even knew he could open it on his own. Guess we're going to have to find a different discipline tactic for when he starts saying bad words because clearly washing his mouth out with soap would just be a treat! Please let him grow out of this soon, blech!

Evan is always comparing things in our life this apparently ultimate standard. Like the time I laid out and caught Winston mid air from a treacherous fall, this was his response: "Dang babe, that was an ESPN top 10 move!" Only the highest of all compliments :) His mountain biking jumps or shots on the basketballl court in the teachers vs students Wednesday pick up games occasionally make the cut too... Maybe I should let ESPN know about these events because clearly they are missing out on some spectacular footage.

For me: A cooking show?

At first I was thinking The Real Housewives of Cedar Hills but that probably wouldn't work well in our neighborhood because the best things we have to gossip about are why the HOA won't fix the dang hole in our playground, that empty house on the corner that's been for sale ForEvEr and whose kid got whose kid sick in nursery this week. Would you watch that? Ha! Plus my mom {my source of research, duh} told me all those ladies on the housewife shows are mean anyway so I'll settle for some cooking show like maybe Top Chef? Not that I think I'm a good enough cook to survive that kind of a thing, but because these are few things in life that make me as upset as messing up a recipe. I think it feels to me like what it always meant to my brothers to lose a big game. I consider every new recipe I make something to conquer and I am legitimately angry about it for hours when something in the kitchen doesn't turn out right. Yes I realize that is ridiculous but it is still true.