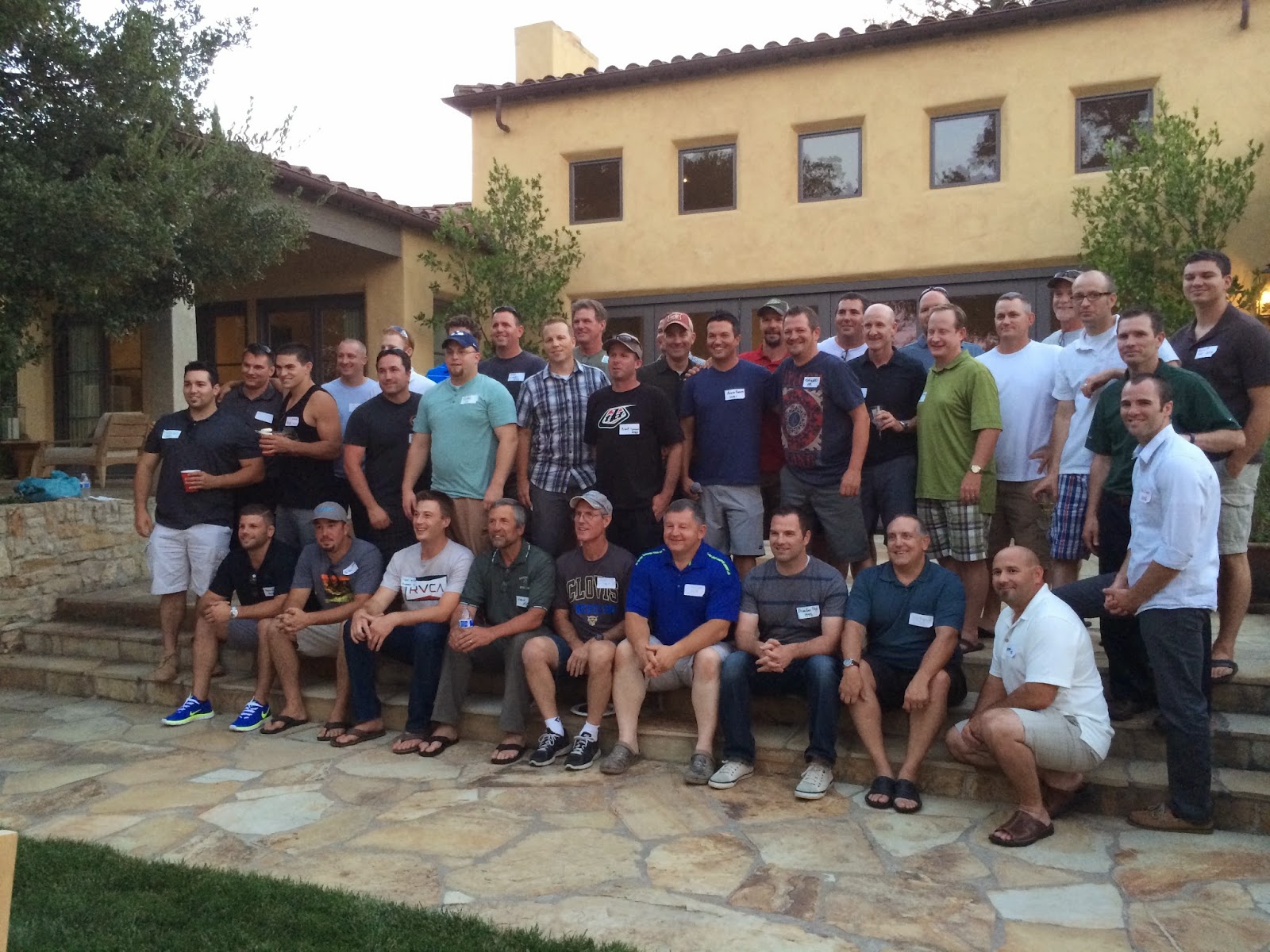 We happened to be in California for the camping trip the same weekend that there was a Ponderosa Wrestling Reunion so we got to go! I'm sure one of the very first things Evan told me about himself when we were dating is that he was "a wrestler". It's five years later, and I think I am just starting to understand all that that entails.  My knowledge of wrestling started out with Evan making jokes about singlets, trying to teach me a few moves, and using it in really ridiculous pick up lines like "the best thing about wrestlers is that they can score from any position." Later, when we were newlyweds his parents showed me some video footage of his state meet senior year of high school. We went to a match at UVU where Evan patiently explained every rule and move play by play because I still had no idea what all the fuss was about. I heard stories about his dad as an amazing coach along the way, and even suggested we watch a wrestling documentary on Netflix once {Takedowns and Falls if you're interested}. But seriously I didn't get it. The reunion included Ponderosa Wrestlers from the past thirty plus years. The brotherhood is that strong that they make the effort to come back. It's pretty incredible to see the men that Rich's wrestlers have turned into, and surprising to me how much wrestling has impacted the way they live their lives. Wrestling is a team sport, but when you get out on the mat, its just you against the other guy, and everyone watching. When you get on the scale, you are the one responsible for making weight and holding your place on the team. It teaches incredible persistence, self discipline, and integrity that isn't required that way in any other high school sport I know of. I loved hearing the wrestlers memories and how the skills they learned has helped them through education, family life, health struggles, etc. I have honestly never been super excited about our boys wrestling in high school because I feel like I'll be a wreck watching them in a controlled fight, but after recognizing so many benefits they get from the sport, and seeing how so many of the qualities I love in Evan were developed on the mat, I'm on board.
Labels: California Evan