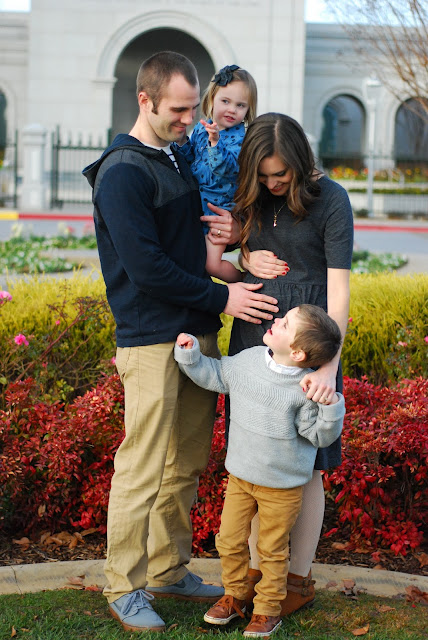 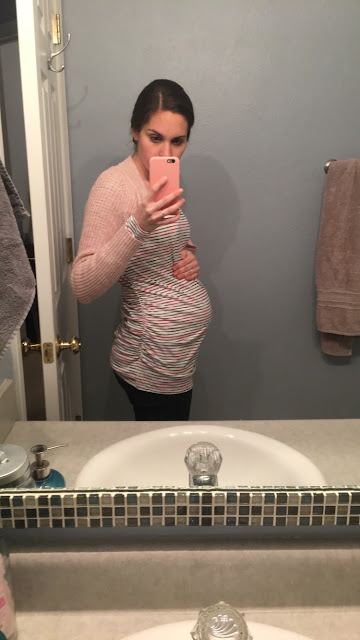 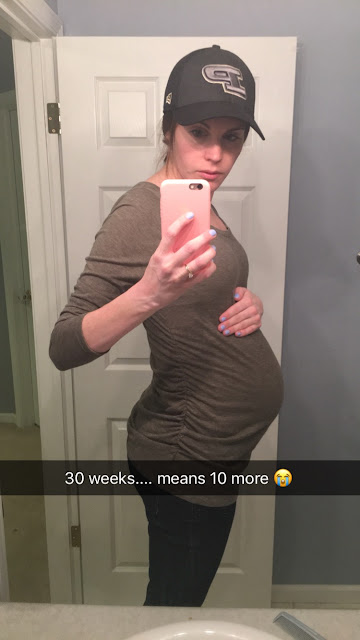 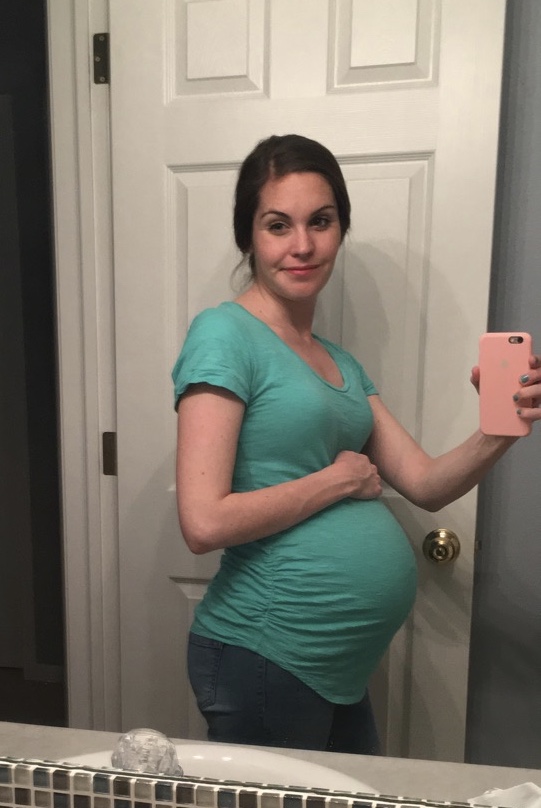 Today I am officially full term- 37 weeks! I'm hoping baby takes her sweet time but it still feels like a milestone to be celebrated. Highlights of this pregnancy have included:

Side effects:
Exhaustion- I have taken a nap almost every single day of this entire process
Loose joints- I had to quit running at about 20 weeks because my knees started to feel like jello and it just wasn't worth risking an injury
Heartburn- at 32 weeks I ended up having an extra ultrasound because the Nurse Practitioner was worried I was too small; turns out baby was measuring exactly on track but the ultrasound tech did ask me if I was having lots of heartburn because she could see baby's hair! I saw it too, so funny I never thought you'd be able to see something like that on a sonogram.

To Remember
So this is pretty personal and not something I've ever shared about on my blog but.... for some reason felt like I needed to this time. Just fair warning if you don't want to be too close with me stop reading now!

Because of my history with an eating disorder/distorted body image, my struggles with pregnancy have always been mental. The sheer thought of purposely gaining weight for 40 consecutive weeks is for me, in a word, terrifying. When I am not pregnant, I'm in a totally healthy place. But when I am, being in a position where people, even strangers, are constantly making comments about my body, having to get dressed and not knowing what will and won't fit any given morning, getting on a scale regularly and having nurses and doctors evaluate my numbers and eating habits based on some average that may or may not have anything to do with me, these are variables that fill me with fear and make the coping mechanisms I've learned a lot harder to use. While it seems unfair for me to complain because I truly have very easy pregnancies with absolutely no nausea and hardly any other side effects that could be classified as anything more than mildly uncomfortable, the anxiety of weight gain this time around was all consuming. I remember opening up to Evan about it for the first time when I found out I was pregnant with Winston, but I was so distracted working full time as a new nurse and with the excitement of our first baby that it ended up not being a huge issue. With Cosette I was able to run my entire pregnancy and it was in running that I had found my cure to the eating disorder all those years ago so that combated the anxiety enough. With both I always complained about the weight gain but didn't really delve into the issue. This time around, for some reason, it suffocated me. There were constant nagging thoughts from the very begining but in January it started to get much worse. I went to Target one night by myself for a little break from the kids and I was trying on some maternity clothes. There was a sweatshirt I loved but my normal maternity size was too tight and I instantly felt this flash of anger. I couldn't bring myself to even try on the next size, I almost started crying right there in the dressing room and just left the store. Several weeks later I woke up in the middle of the night and I specifically remember thinking "oh my gosh. I can feel my thighs touching each other." It sent me into a true panic attack for an hour or more, my heart racing uncontrollably, sobbing and unable to think about anything else, my brain an actual broken record. Even though logically I could tell myself it was absurd to think and feel these things, the hormones were not listening. I can't describe it. Even when I write it now it sounds so shallow and ridiculous but it's like an addiction, a pathway I created in my brain as an 18 year old girl that took years to re write.  A couple weeks after my panic attack I was came across President Nelson's talk from last Conference- Joy and Spiritual Survival in my morning scripture study. This part spoke to me:

"As in all things, Jesus Christ is our ultimate exemplar, “who for the joy that was set before him endured the cross.” Think of that! In order for Him to endure the most excruciating experience ever endured on earth, our Savior focused on joy!"

I thought it was an incredibly beautiful concept, although honestly at the time I didn't specifically relate it to myself, or my anxiety about pregnancy weight gain. It wasn't until a few days later when the familiar nagging thoughts about my changing size started creeping back into my mind. At once this scripture resurfaced with so much power and I realized that He had been speaking to me, reaching out to me. I could give this pain to Christ. I'd tried a lot of things to recover on my own, but shared my fight with very few people and only in very controlled amounts, and never did I include my Savior in that circle. It's something I'm ashamed of, embarrassed about, and just couldn't admit it to Him, or just didn't even realize it was important to Him really. I thought it was just a scar leftover that I would have to endure through all my pregnancies. This time though, the experience was like the exact opposite of a panic attack. The scripture went churning around and around and around in my brain that day "FOR THE JOY"  He was whispering, reminding me of all the joy and glory that I have felt as a mother because of both of my previous pregnancies and children and even with this third pregnancy what a joy it is to feel a baby move inside me. And since that moment four weeks ago, my anxiety has been gone. My old body image thoughts tried to pop up a few times and I would immediately think "FOR THE JOY" and they would dissipate. It's been a couple weeks now that they haven't even come at all. It has been the sweetest and most personal gift from my Lord and I can't praise Him enough for healing this part of me. The relief I have felt by focusing on joy the way He did during his much larger much more important struggle is one of the most beautiful things I have ever experienced. I know He lives and that His Grace is a powerful force. For four weeks now I have been able to look at myself in the mirror and instead of cringing or at best tolerating my reflection, actually be amazed at what God created me to be able to do, something almost three babies later I never thought I could appreciate. Jesus Christ heals, he truly is the Prince of Peace.