Skip to main content
Labels
Posted by Kamille Fox May 09, 2017 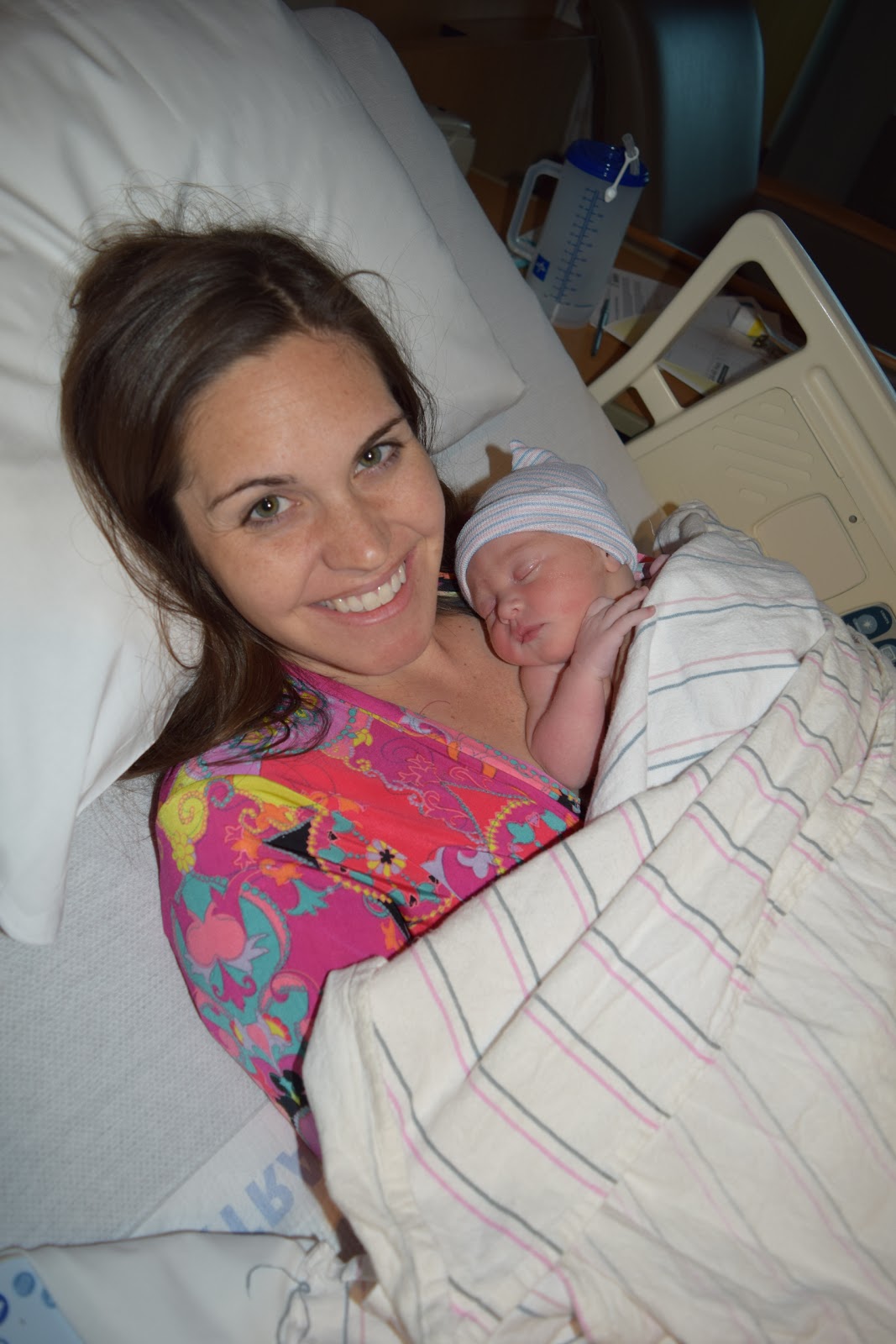 Vivian's birthday was pretty magical. It was the night before my due date and I had literally convinced myself that she would never come, that I might actually not even be pregnant. Turns out I was! I started having contractions at 9:45 PM while chatting with my Grandma on the phone- she's my hero and birthed nine children, so I think she was my good luck charm. The contractions were painful, like cramps, but sporadic, 10-15 minutes apart and not anything like I remembered them feeling with Winston (he was all back labor) so I wasn't sure it was the real deal. I kept thinking they were just Braxton Hicks and that they would stop so I should just go to sleep. I could lay in bed and breath through the contractions for a while, and then got in the shower for a while where they went to 1-3 minutes apart but then when I got out they slowed back down to every 7-8 minutes. I was so confused! We had previously arranged with our neighbors (bless them!!!!) that they would watch our kids when it was time for us to head to the hospital but it took me until 1AM to admit this might actually be the day. We started calling them over and over but of course they were sleeping! We tried about 4 other families in our neighborhood and naturally everyone's phones were off. This led to two more hours of me sitting on the ottoman in the living room breathing through my contractions with Evan's forehead pressed up against mine and then him scurrying around packing his bag and calling the hospital in between to see if we needed to go in yet. This is my least favorite part of labor- deciding when to go to the hospital. I was trying to delay it as long as possible for several reasons.... first I didn't want to take my kids over to someone else's house in the middle of the night over a false alarm- how embarrassing! Also my doctor had recommended I not get an epidural this time because of my neuro side effects with the one I had with Cosette.  I had read a book called Natural Hospital Birth and they recommended laboring at home as long as possible in order to avoid caving to the desire for medication. I kept praying that my water would break or something dramatic would happen so I would know for certain it was time but everything seemed hazy, I couldn't make a solid decision. At 3 AM there was this little voice in my head that said "you're a 5" and I had no idea if that was right but it gave me enough courage to get in the car. We still hadn't been able to get ahold of anyone to watch our kids so Evan woke them up, threw them in the backseat with some sleeping bags, and we drove over to our neighbors house and banged on the door. Thankfully they woke up so we didn't have to bring a 2 and 4 year old to the labor room! After tossing them inside, Evan sped to the hospital and he says he broke every speed limit in Indiana and was terrified he was going to have to deliver our baby in a parking lot, but he kept his cool really well because I had no idea he was so stressed. Granted I was a little distracted by my own contractions. When we walked in the nurses kind of took their time, I'm sure they were thinking they would be sending us home and I was terrified for them to check me positive I had somehow gone backwards to a 4. When they told me I was an 8 1/2 I almost cried tears of joy, I was so relieved! Obviously my doctor was not there in the middle of the night so whoever the on-call physician was ( I don't even remember her name, how terrible!) came in and decided I should just push through my contractions while she manually dilated me the rest of the way so we could have the baby faster. Up until that point, I think I had been handling my pain pretty well and had just been breathing through my contractions but pushing combined with manual dilating was a whole other world of hurt and my yells may have woken up a few patients. I don't think I will ever let a doctor do that again, I would much rather have labored on my own for another hour! She ignored my pleas for her to stop though so I pushed through the first contraction and got to a 9. Pushed through a second and I was complete. One contraction later and Vivian was born. She was efficient if nothing else! She arrived at 4:13 AM a mere half hour after we pulled into the parking lot. She weighed 6 lbs 6 oz and was 18 inches long. The biggest shock was that she was born with red hair! I kept thinking oh its just because they haven't bathed her yet but even after a thorough head scrub, it is still red, otherwise she looks a lot like her big sister. 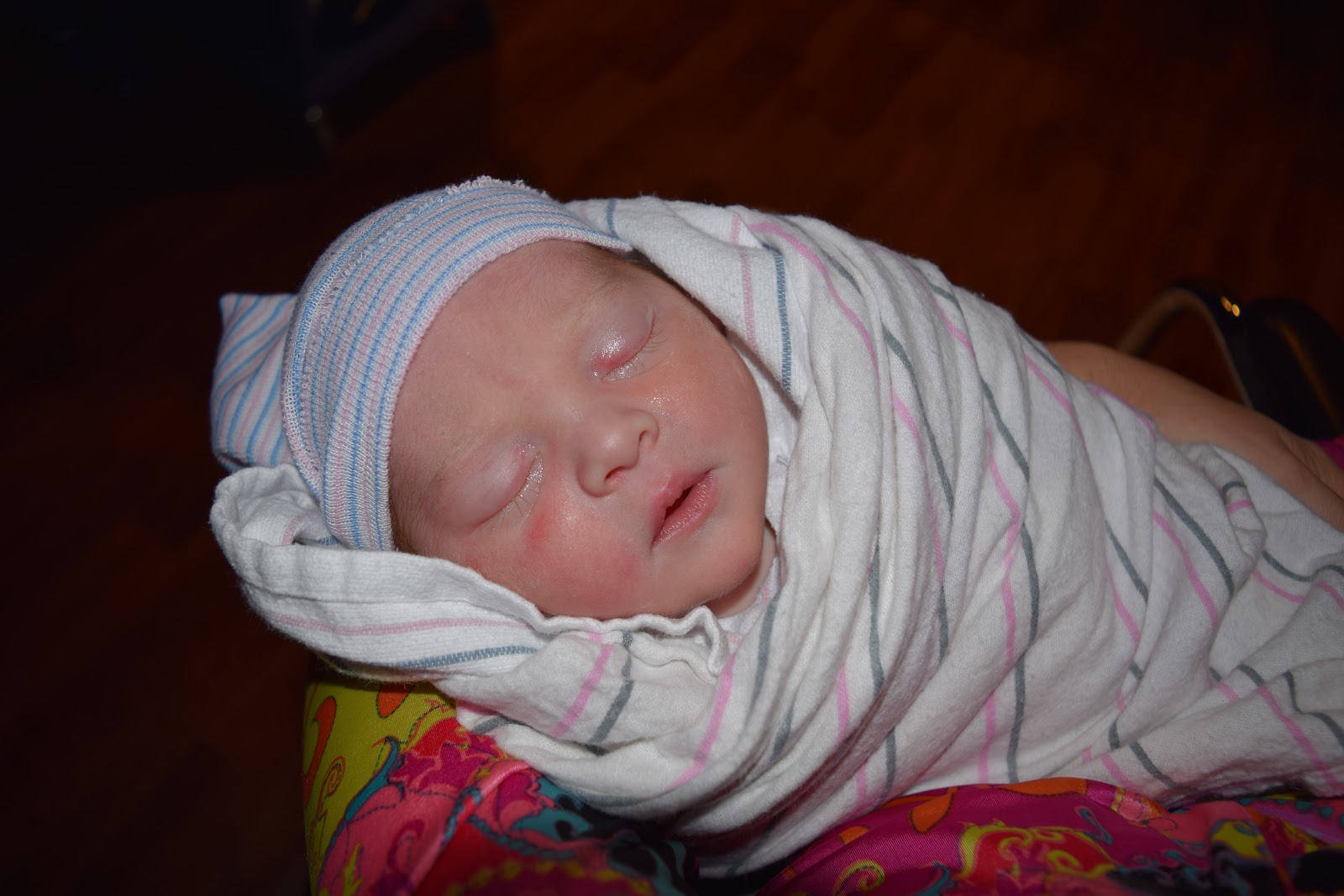 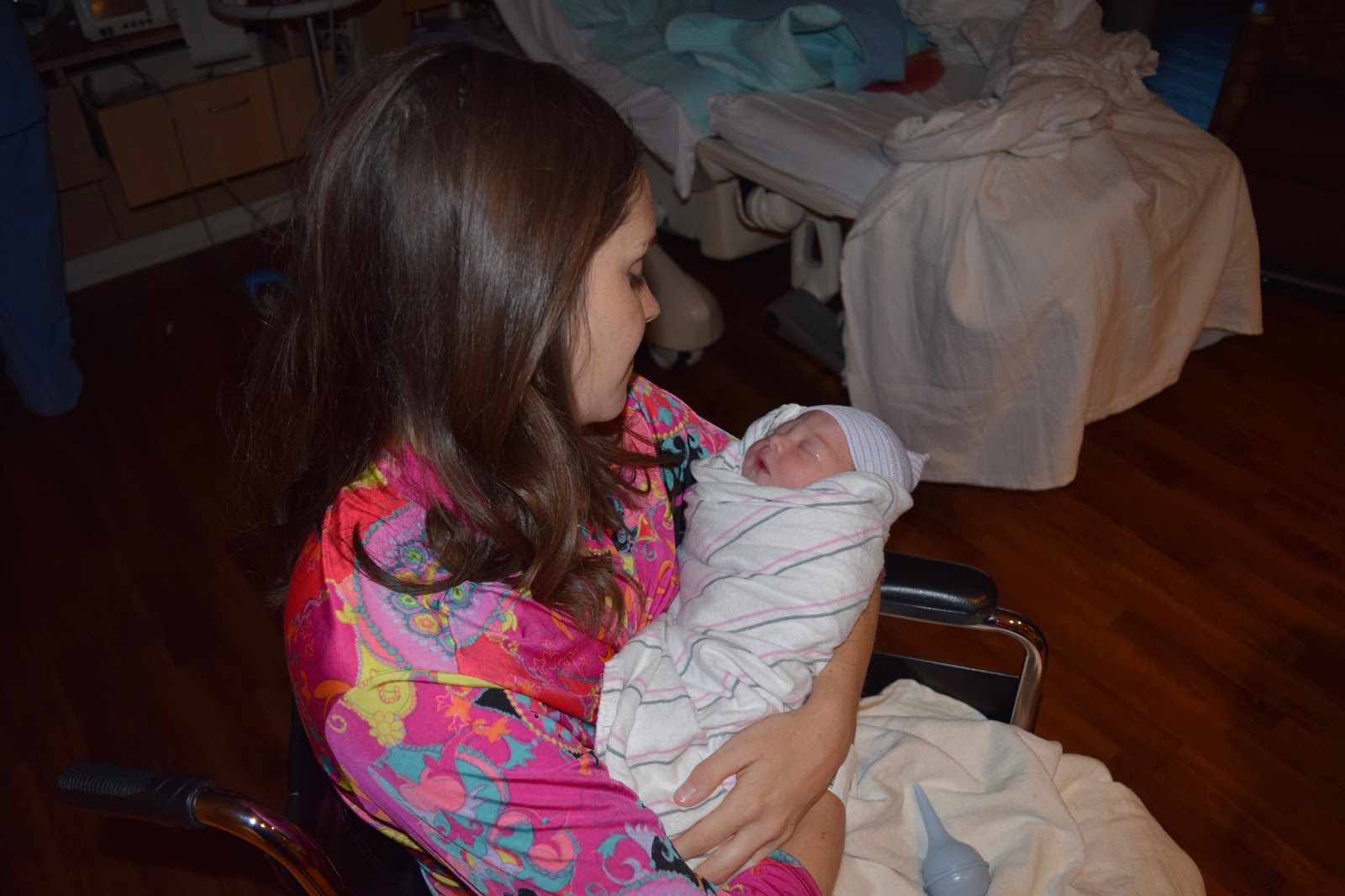 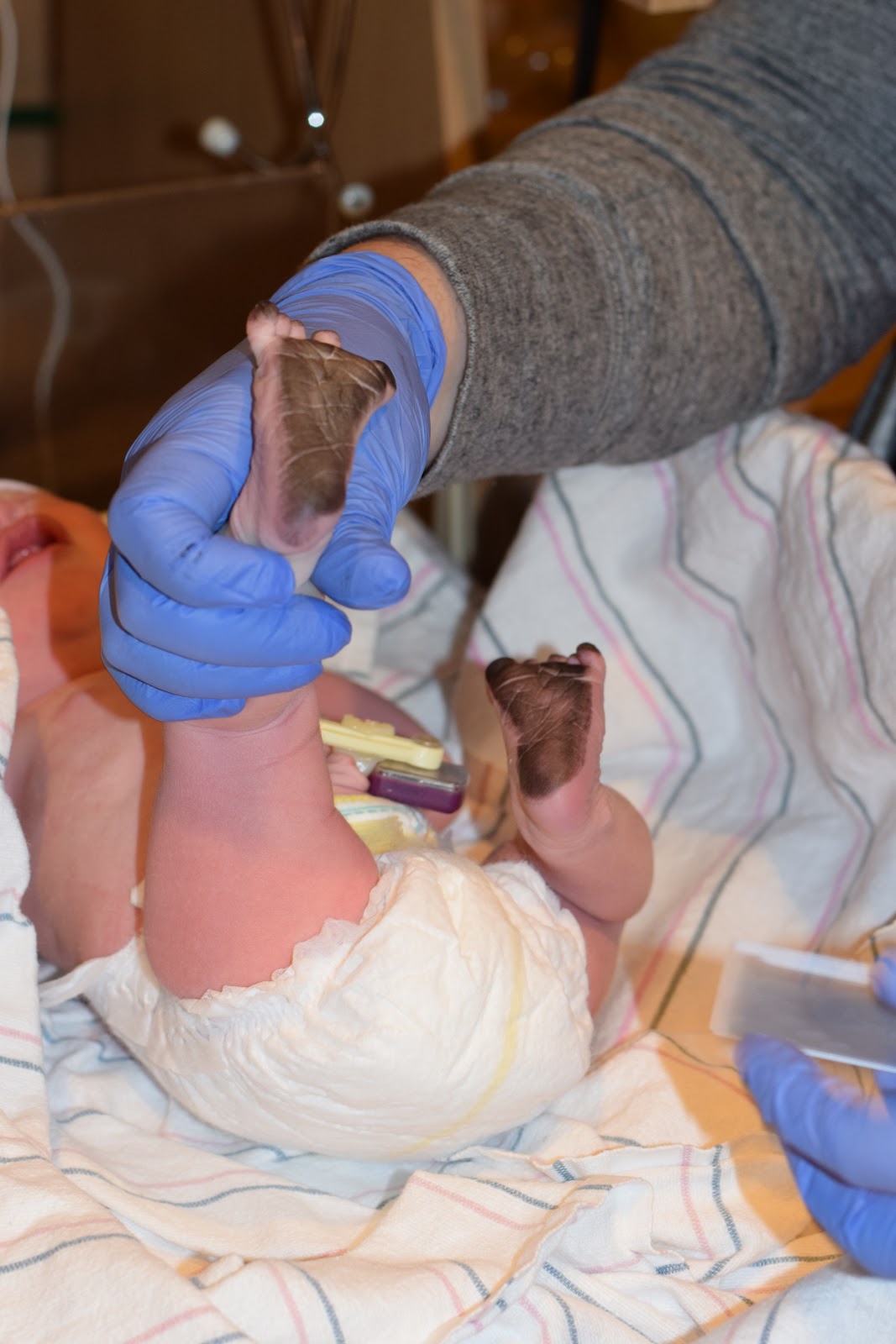 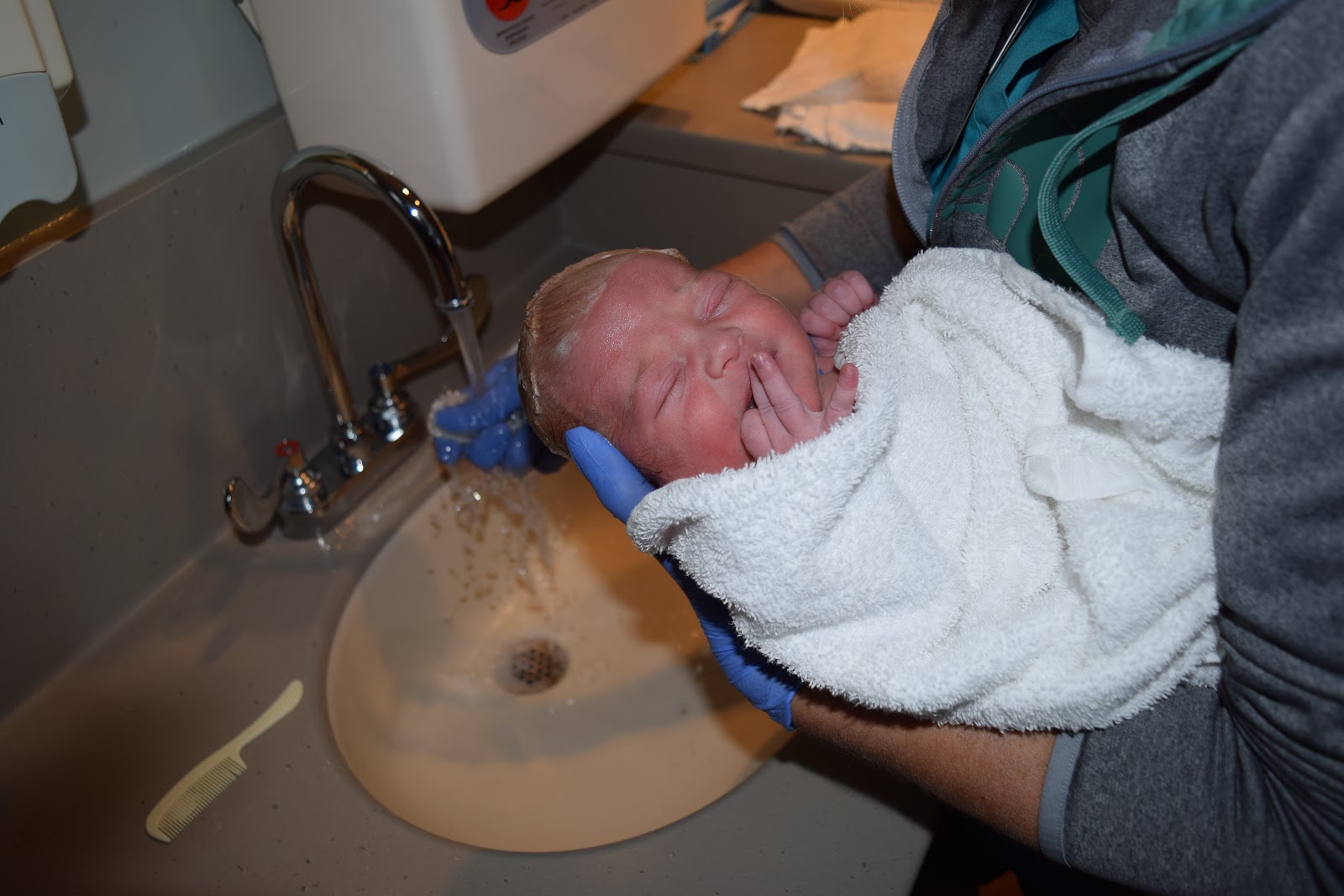 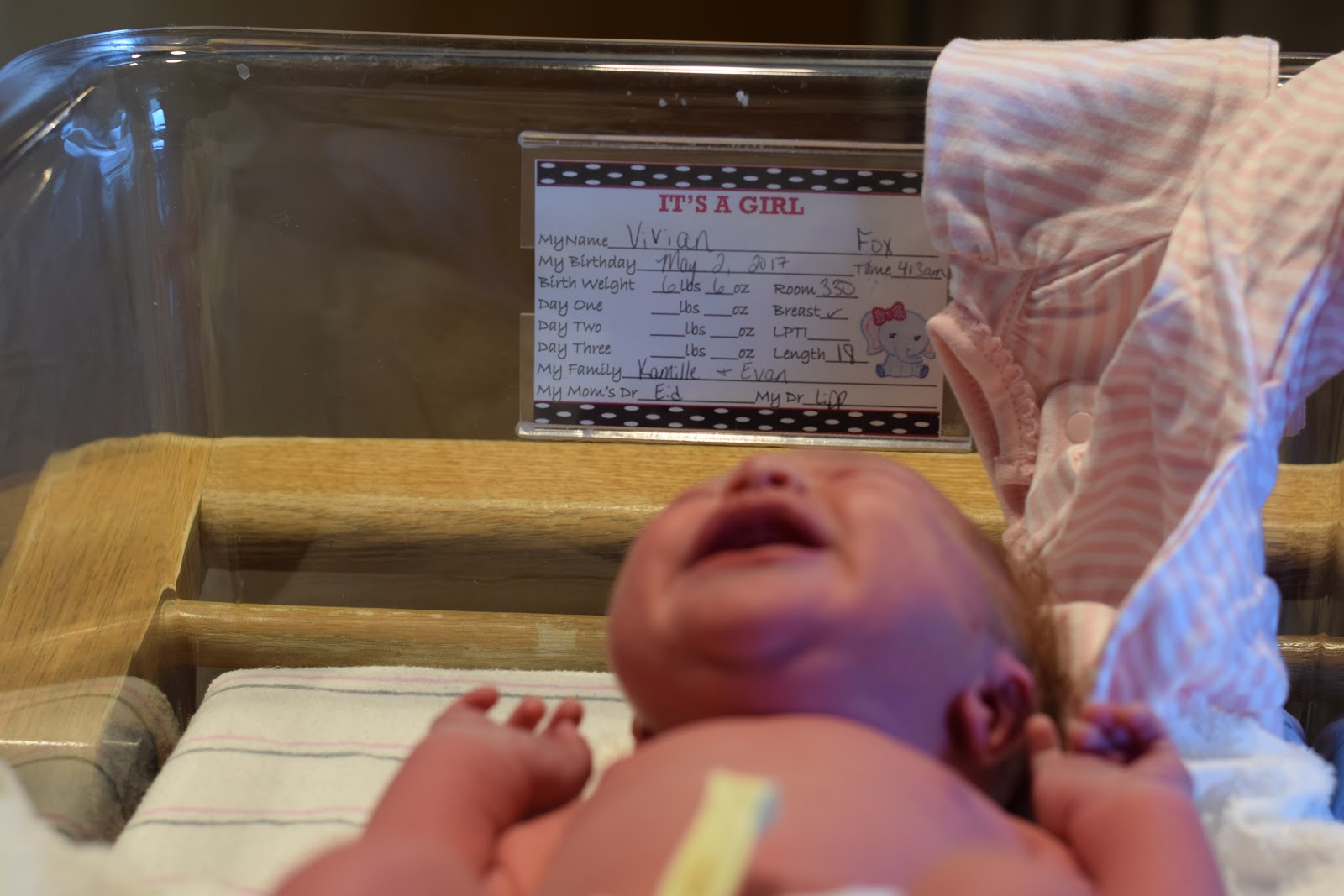 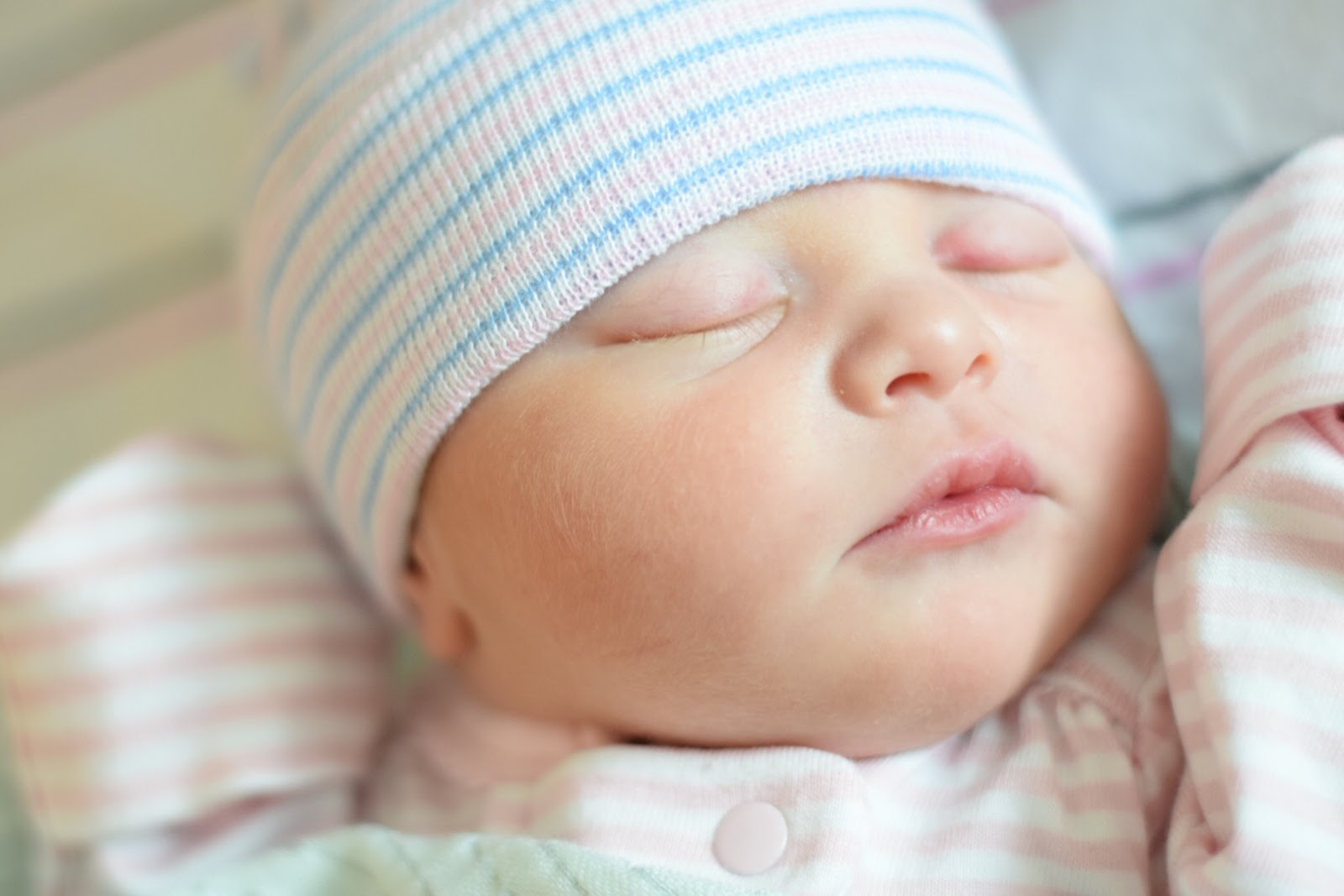 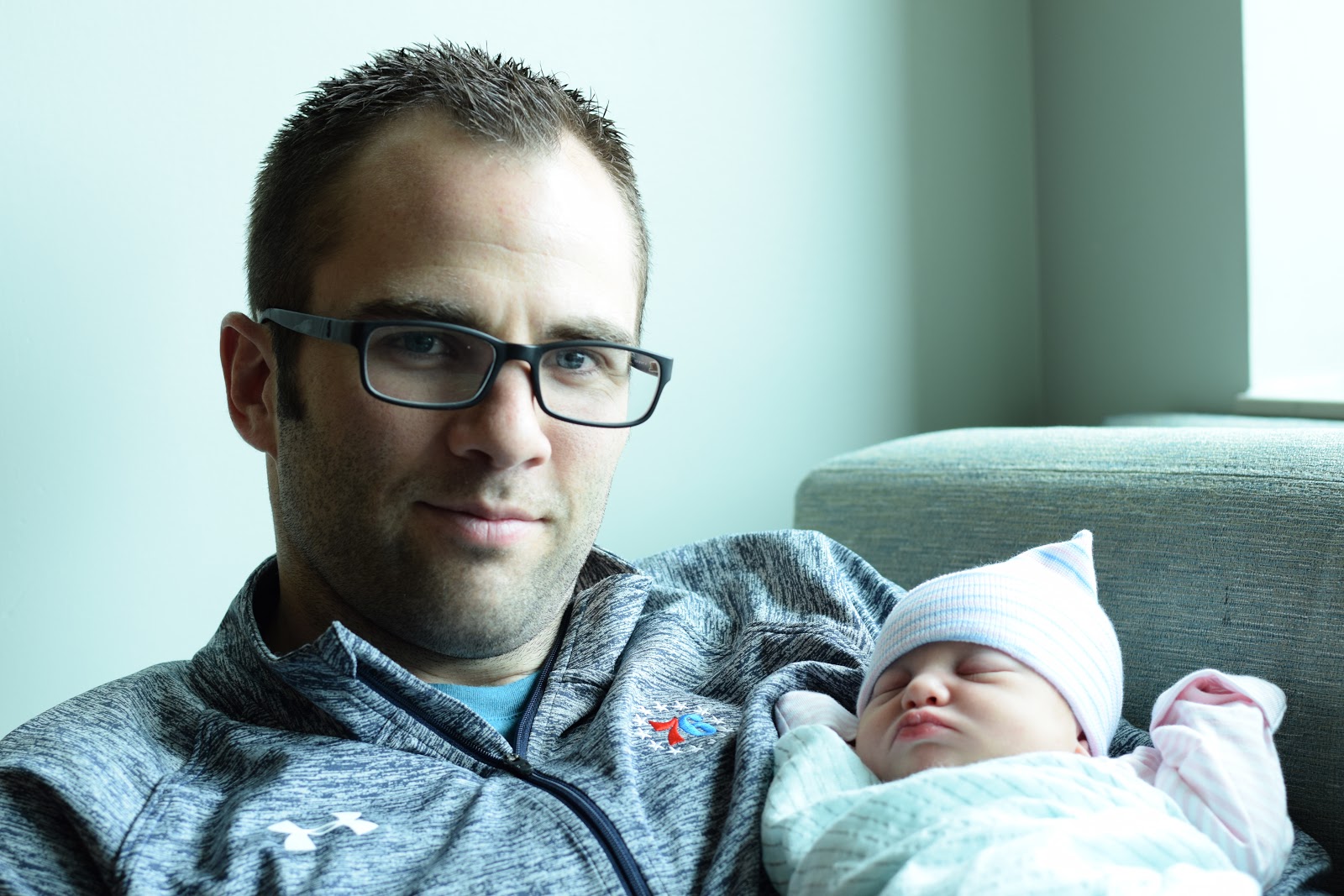 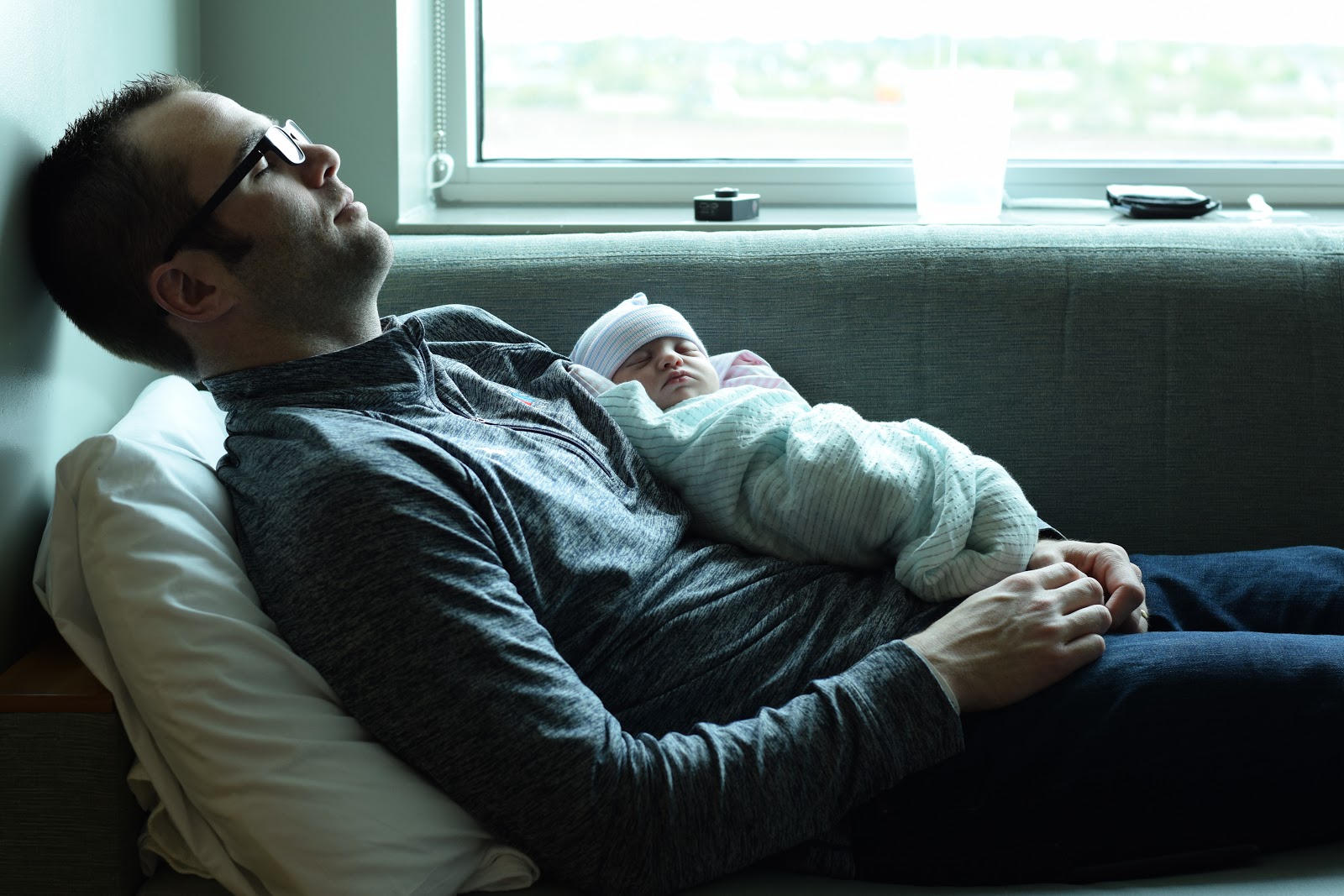 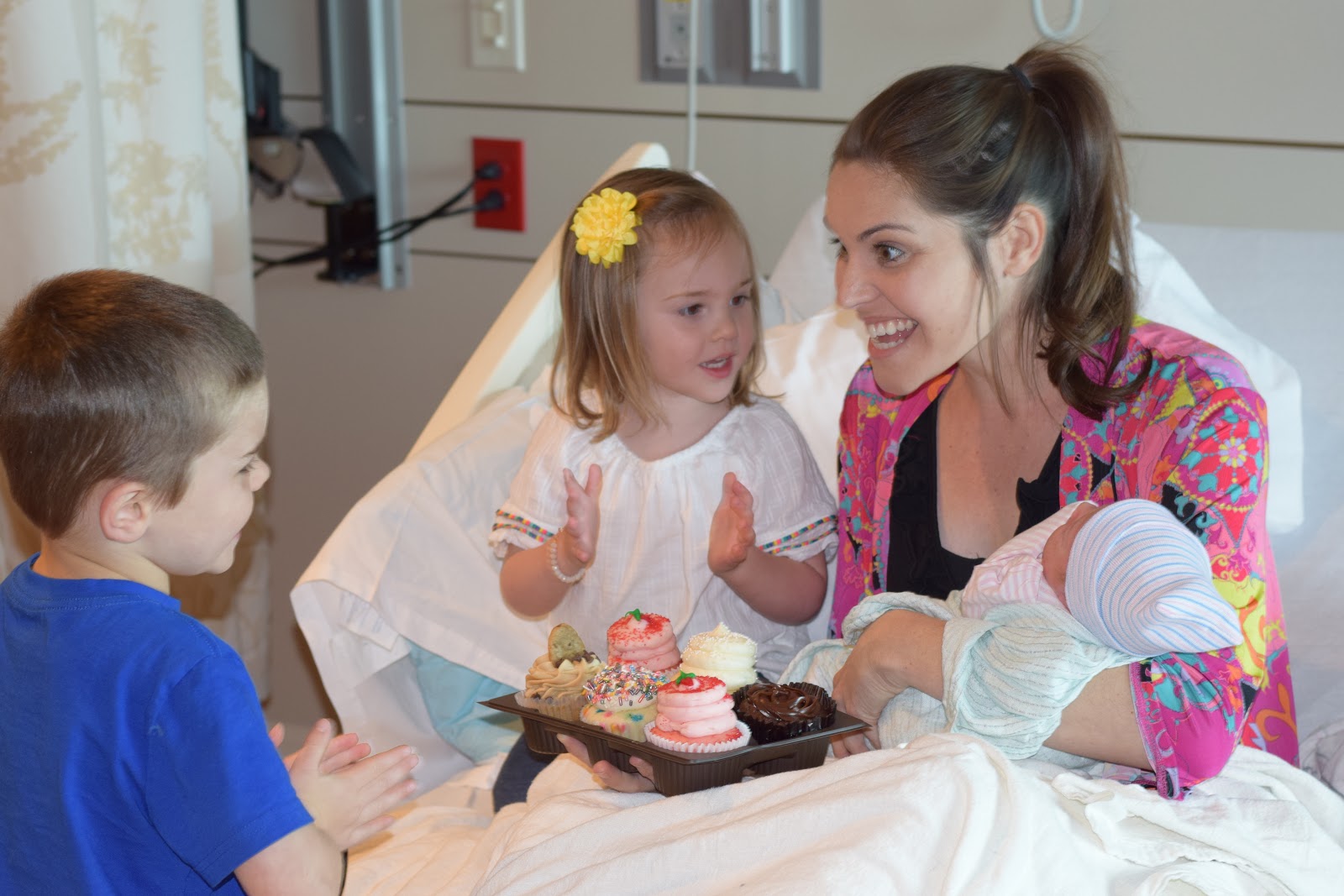 I was so exhausted, but the thing I had been looking forward to most was introducing her to her siblings. They had been hearing for months about how "mommy has a baby in her tummy" and I knew they would be thrilled to finally meet her. My mom flew in early that morning and after everyone napped she brought the kids to the hospital with cupcakes to celebrate Vivian's "birth"day. The first thing Winston said to me was, "Mom you don't have a baby in your tummy anymore! Running time!" and Cosette chimed in with "Now you can do a somersault!" They are hilarious. We sang our favorite "You've had a birthday, shout Hooray!" to little Viv and then they devoured their treats. It was the sweetest little party you ever did see. It ended up being such a peaceful, blissful day for me , a memory I will always cherish. Vivian Faith, you are so loved! 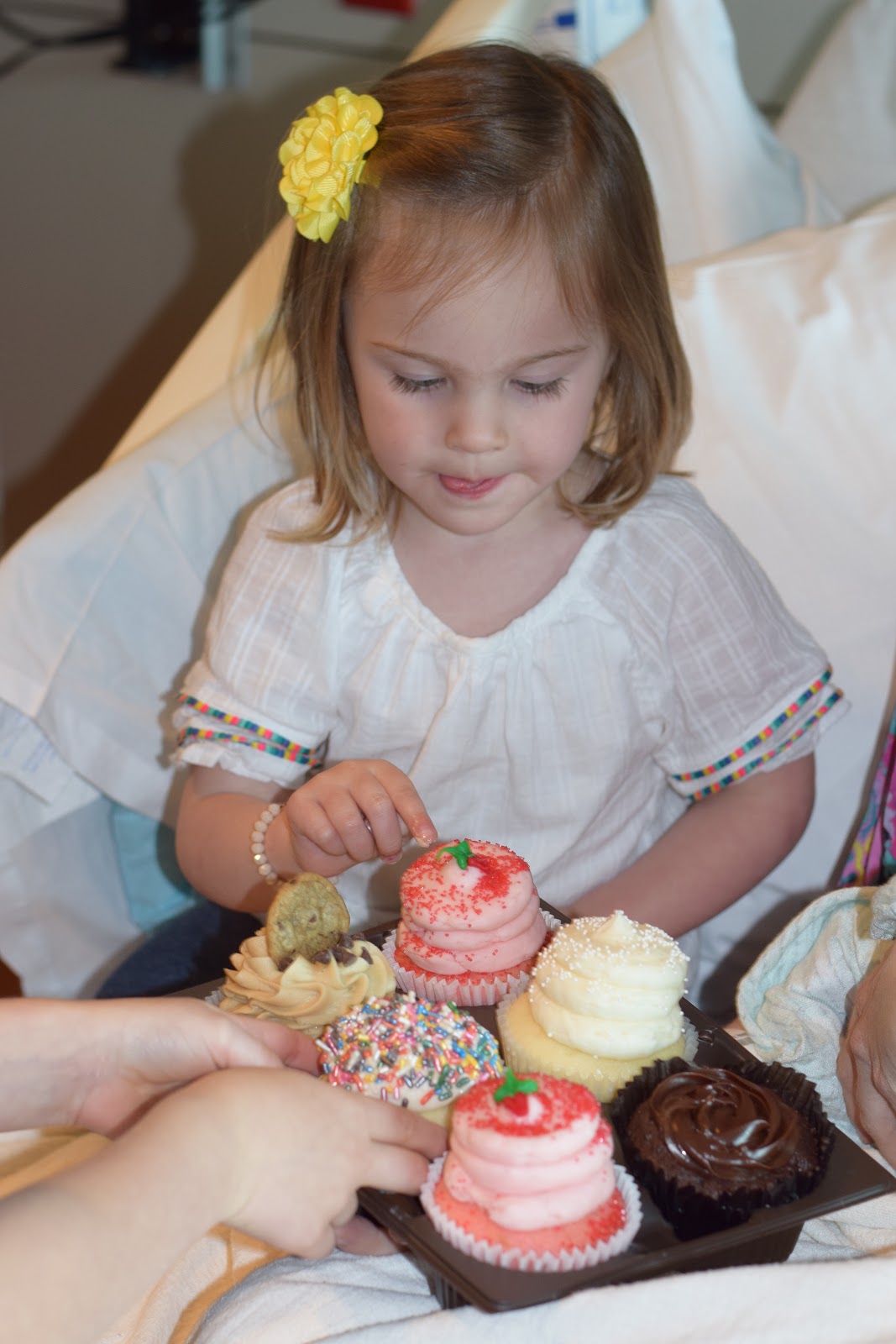 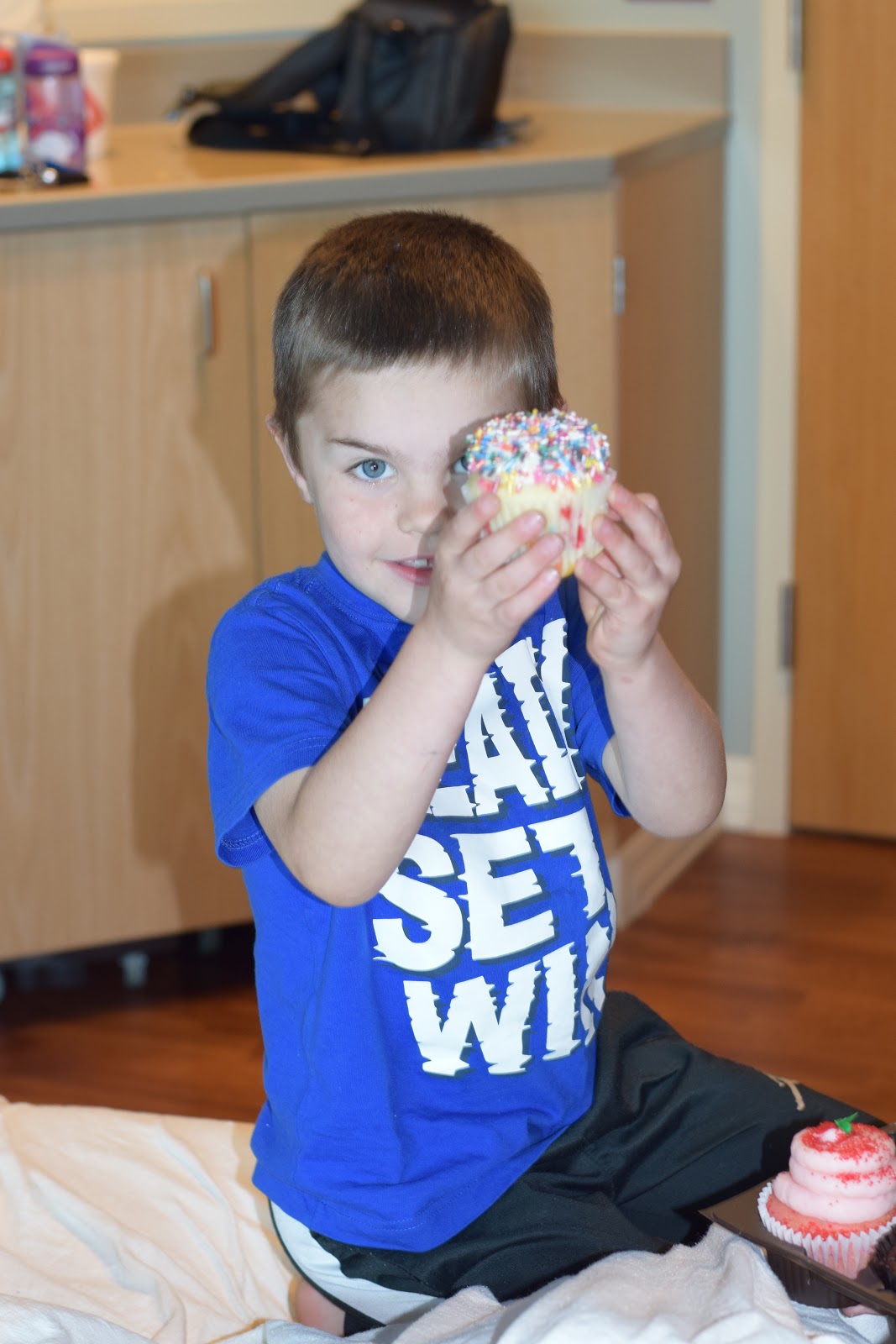 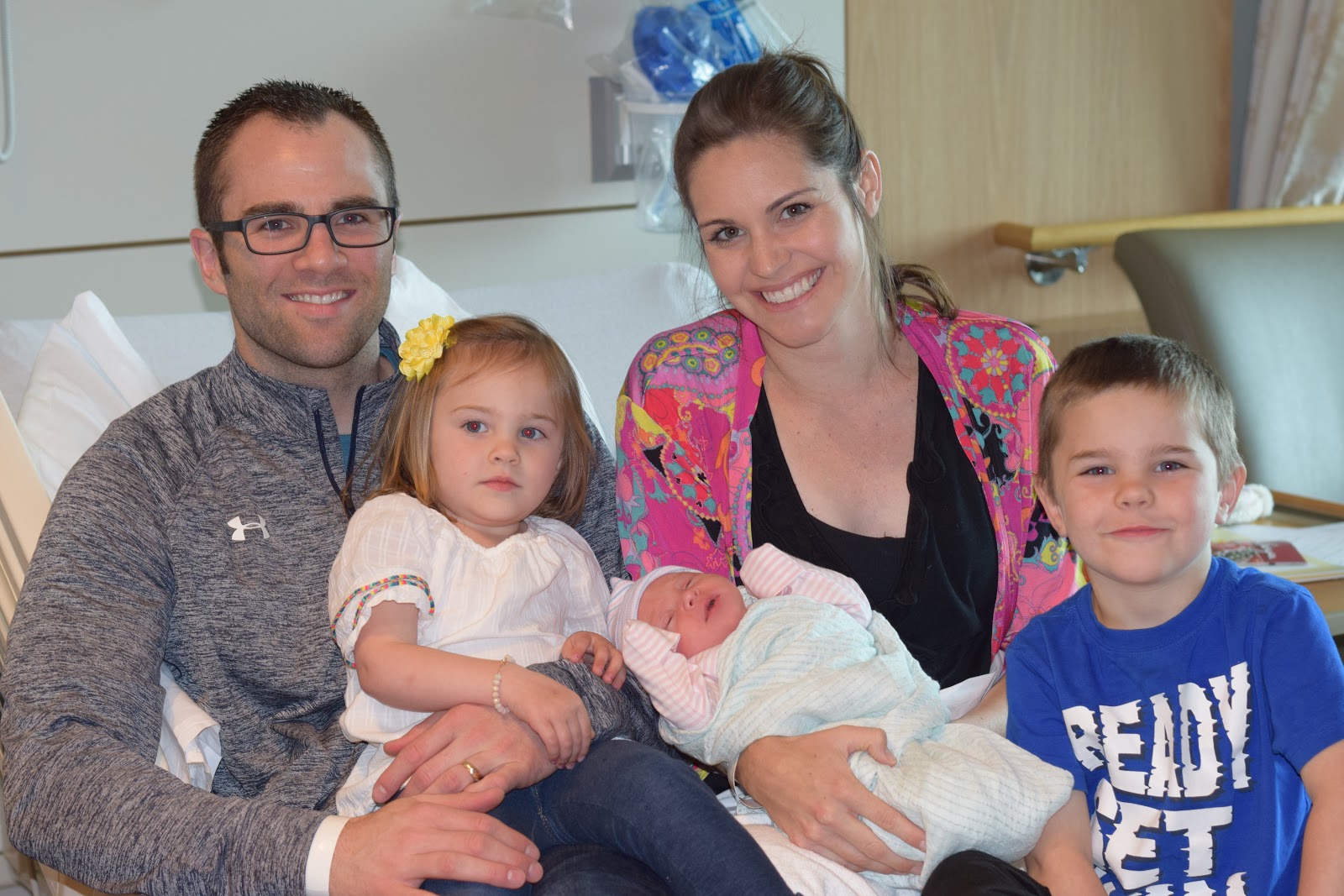 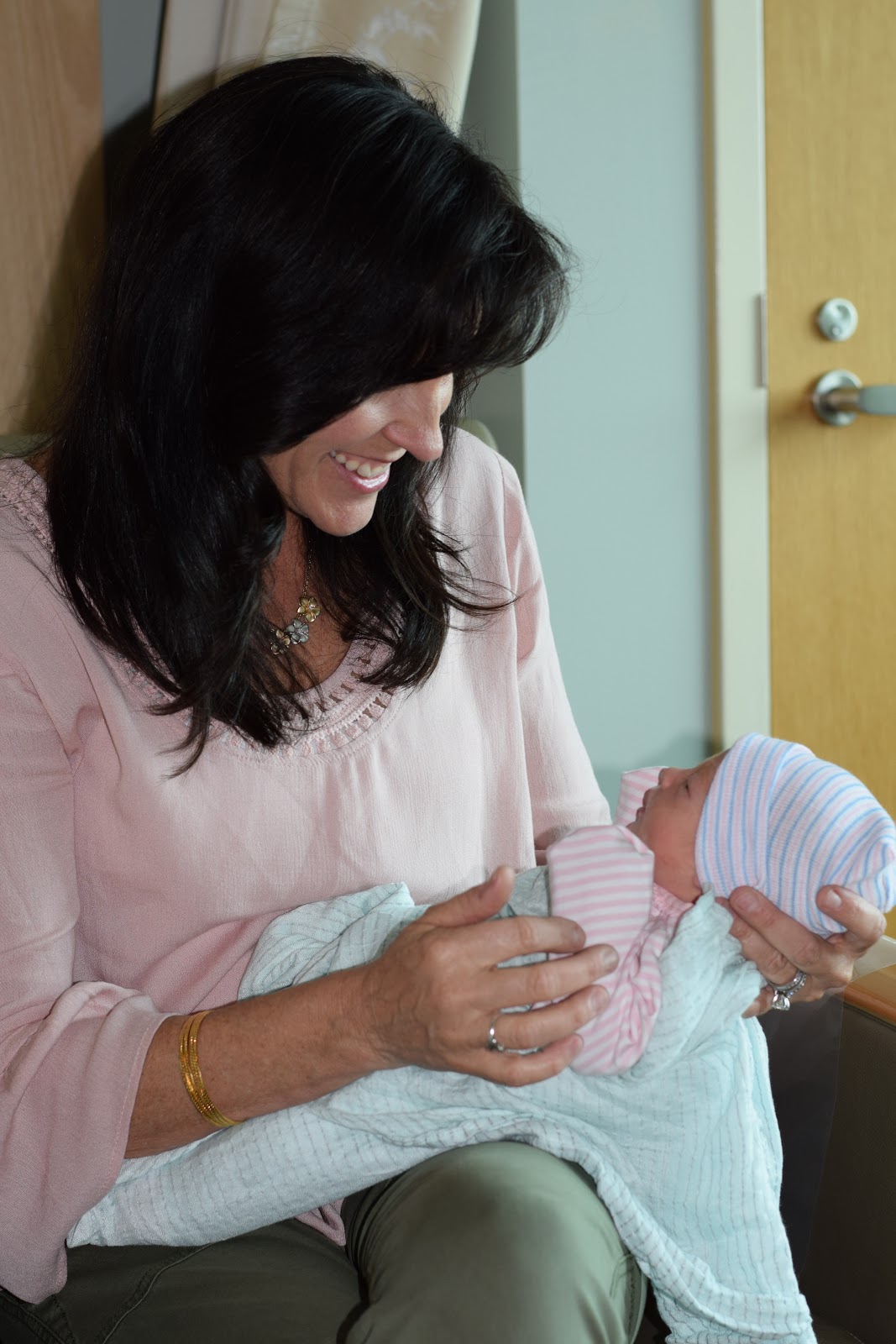 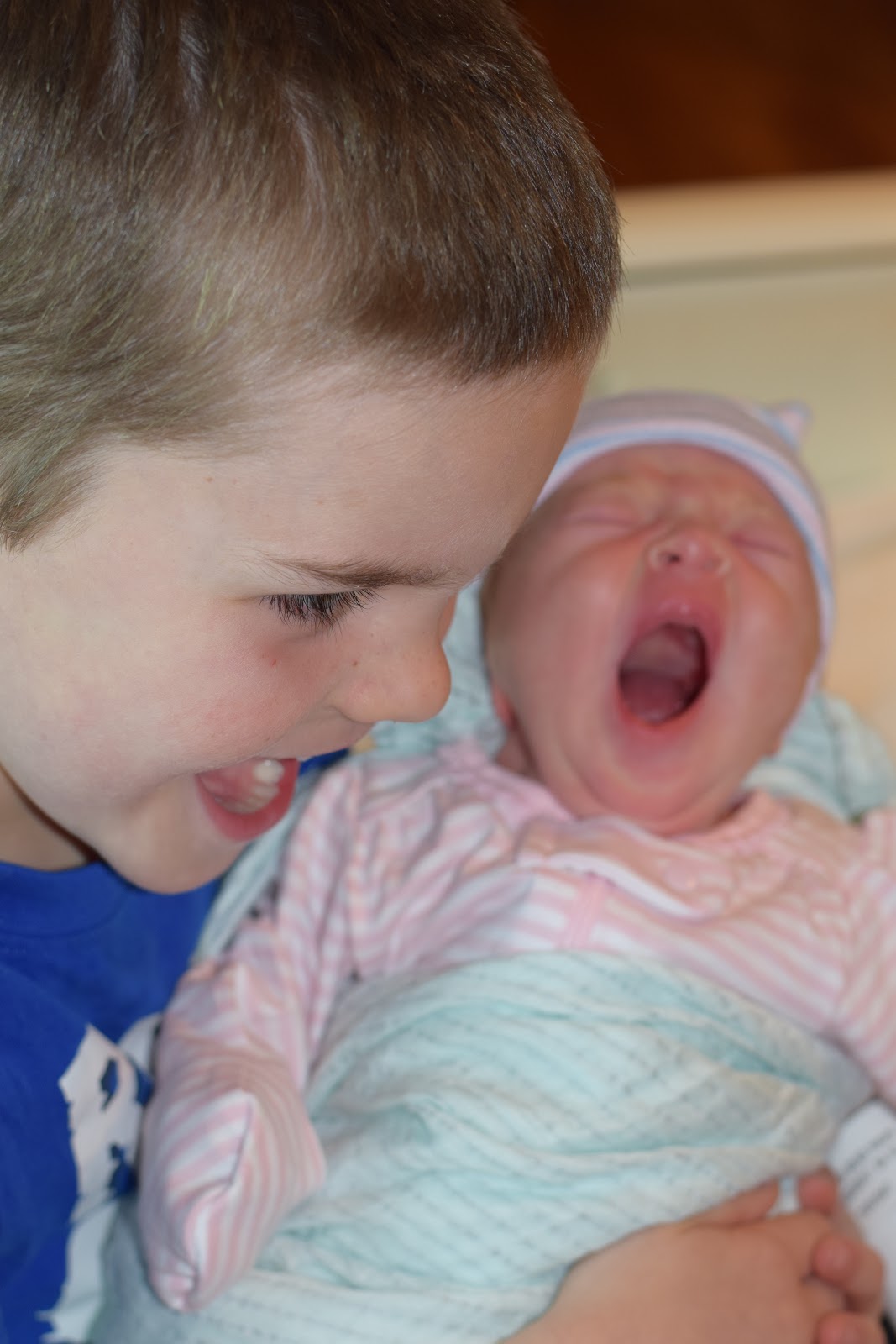 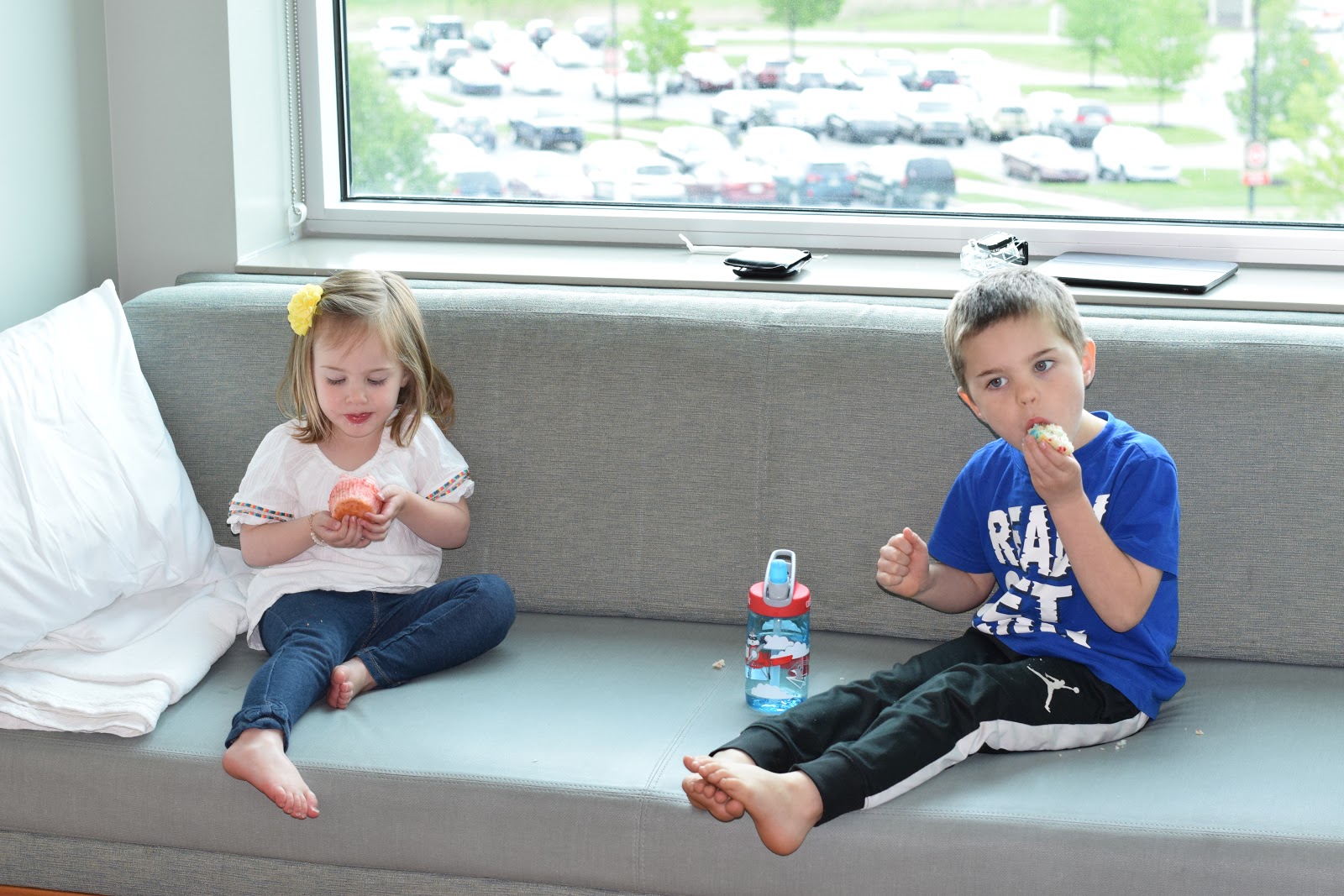 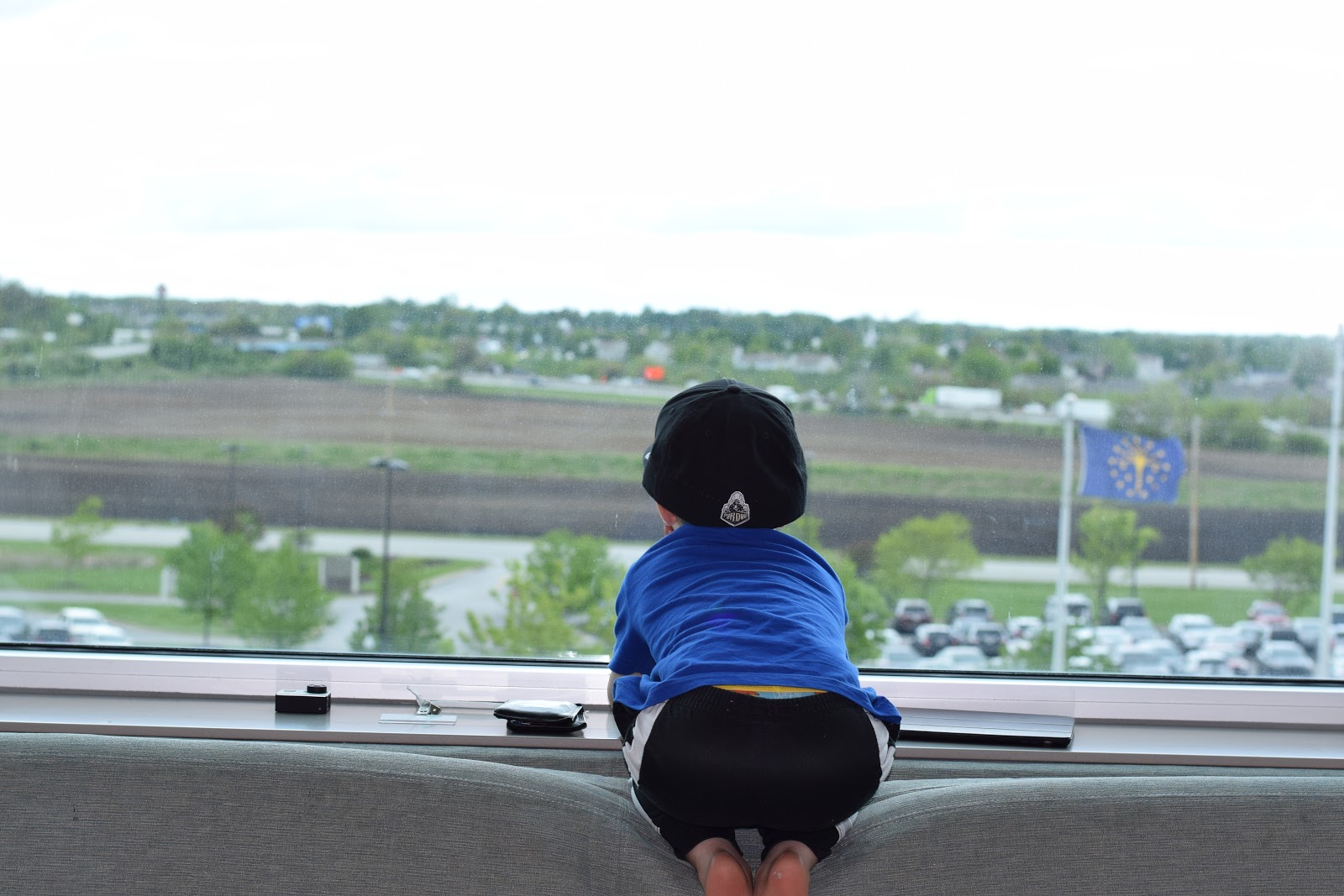 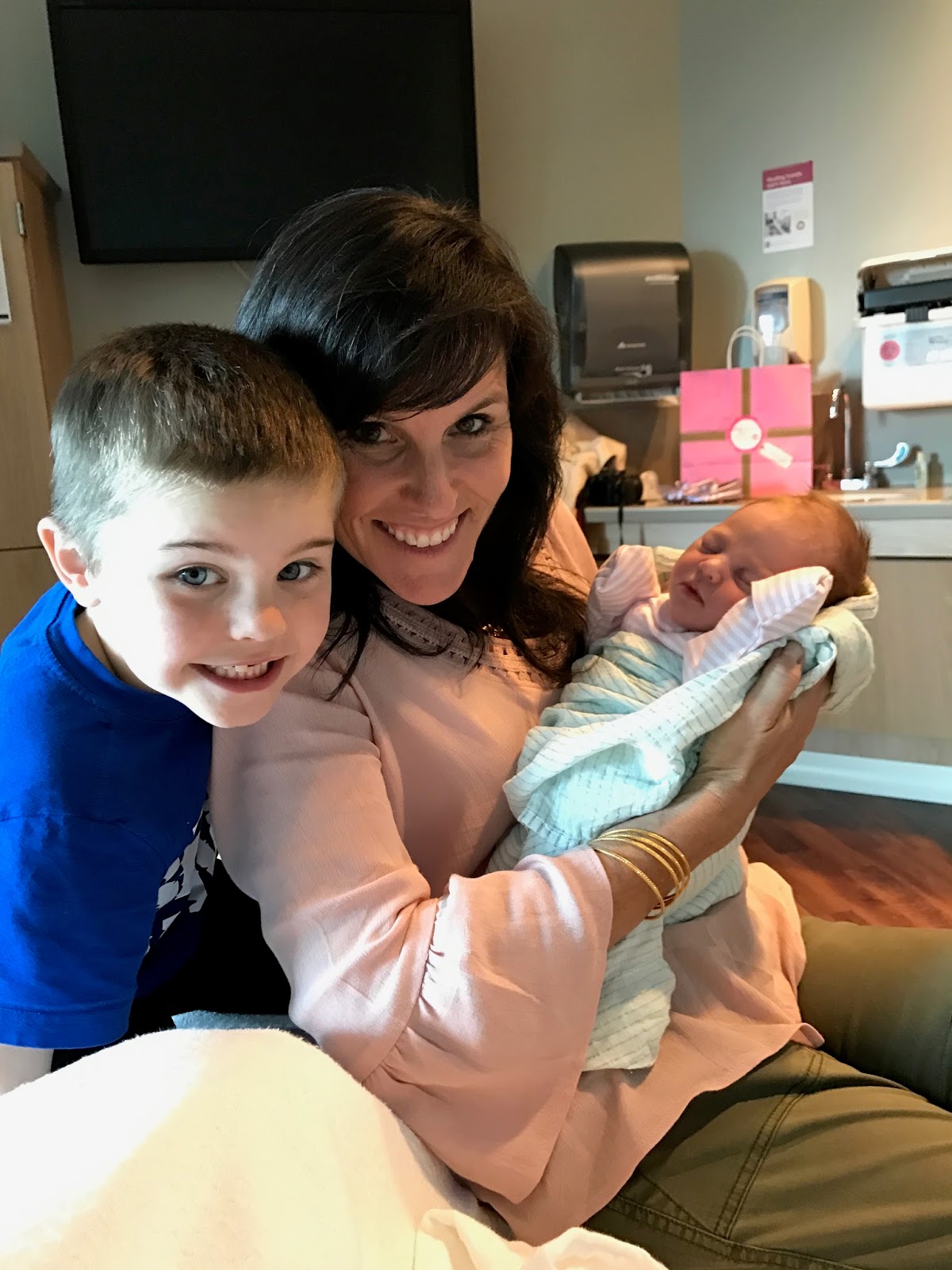 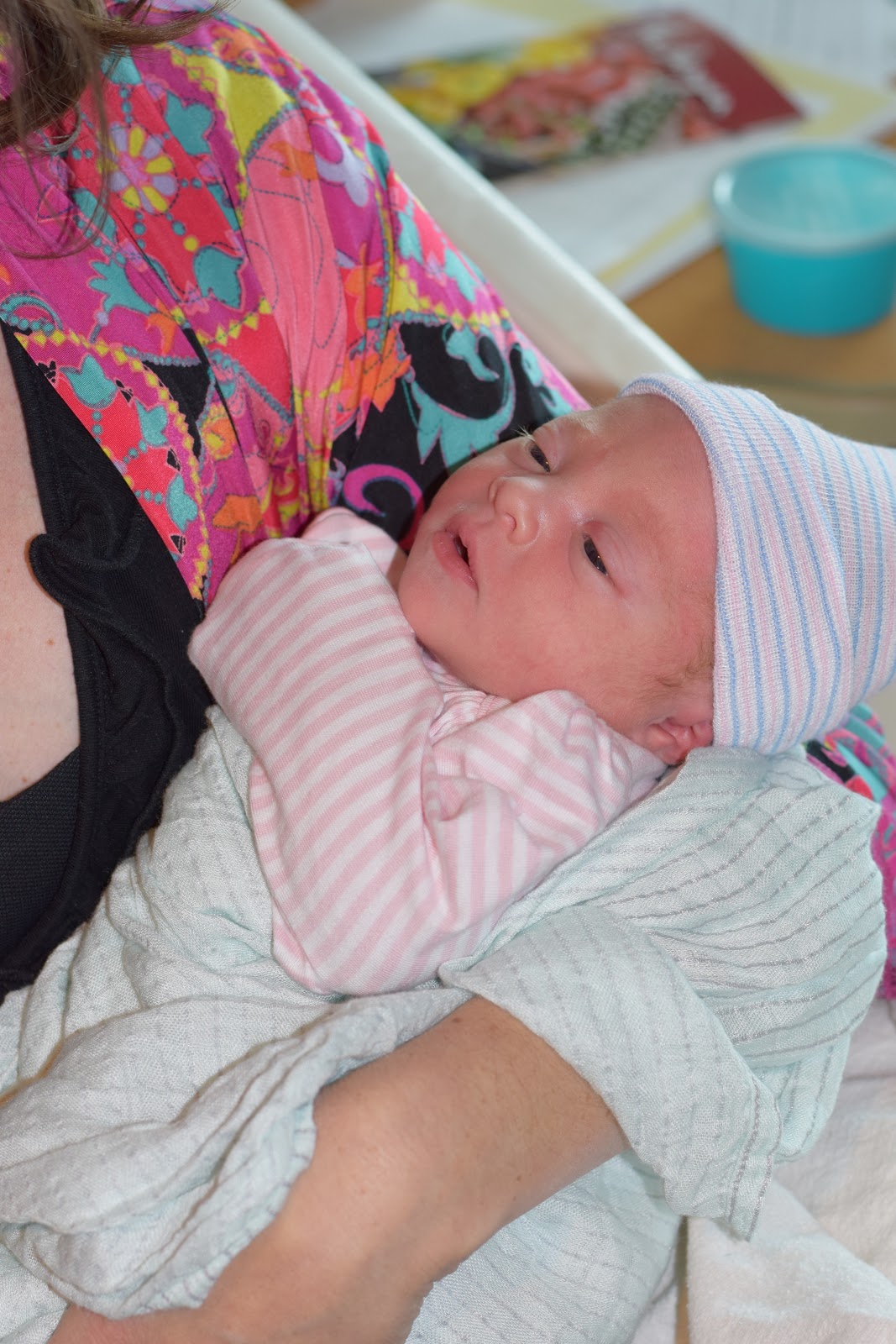 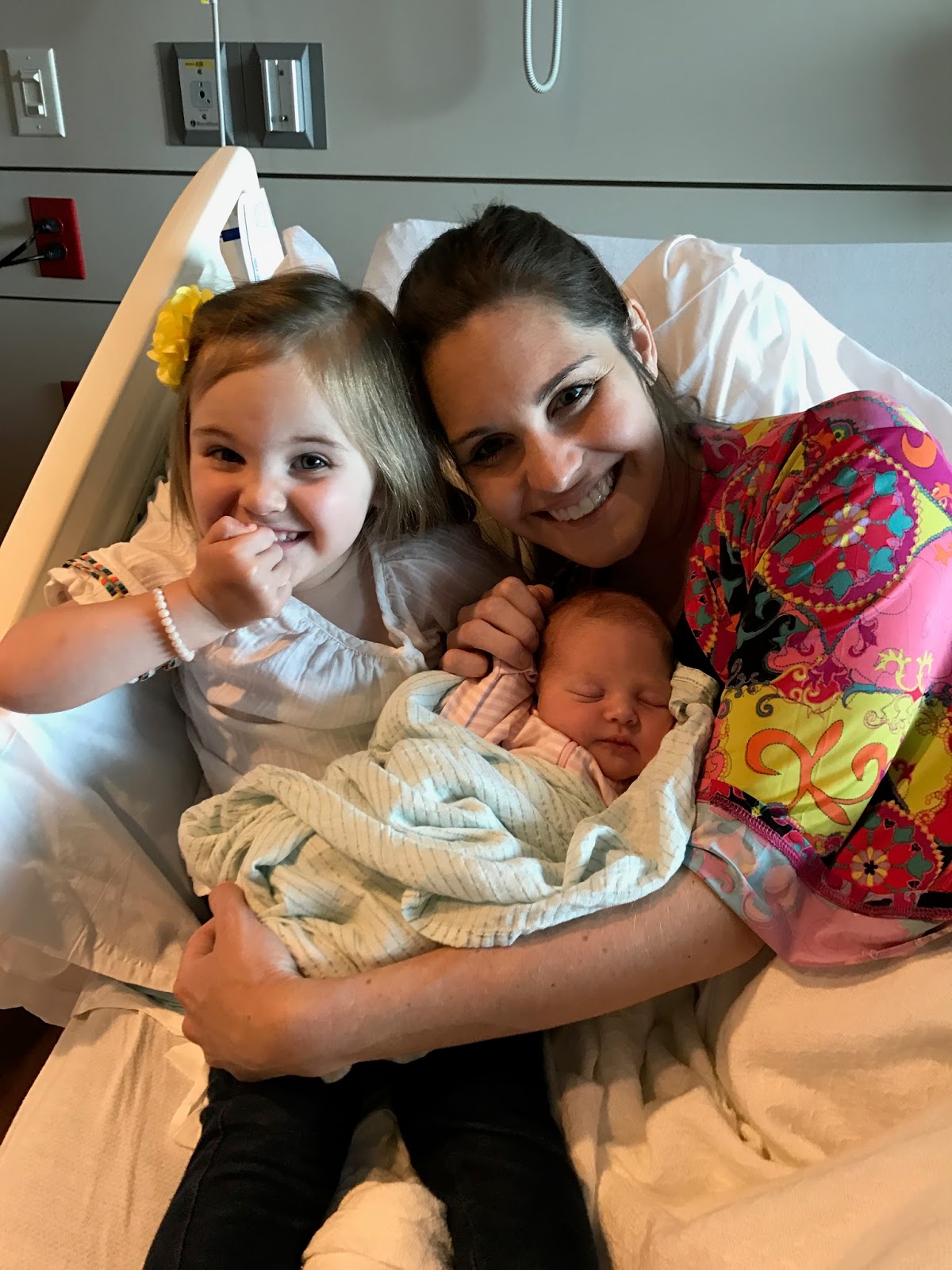