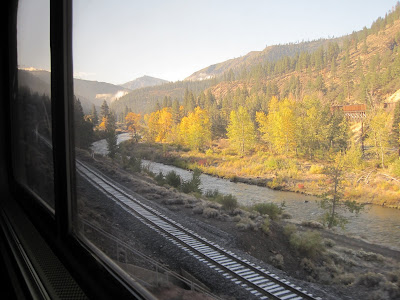 Evan ditched three days of school this week to live his dream. His dad entered a lottery for World Series tickets several weeks before it ever started and ended up winning four standing room only tickets! Evan still had tons of homework and tests so we sent him on the train so he could study the whole way there and the whole way back. No, its not 1910 and yes I did say the train. If you are looking for an adventure just head to the Provo train platform for an hour or two... luckily he made it there safely with no major incidents, just 17 hours of chuggin along. 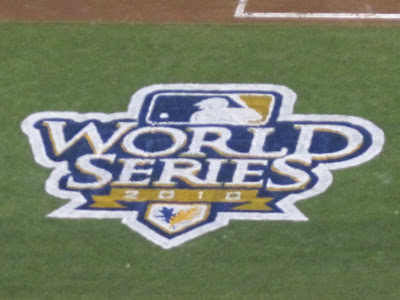 I think he'd tell you it was worth it :) 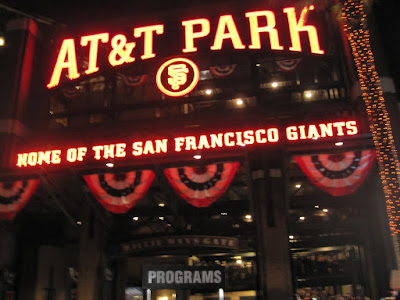 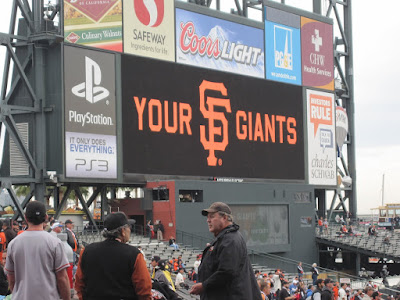 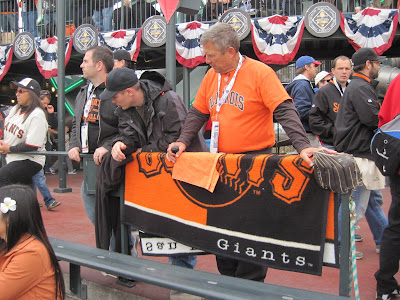 Richard staking out their spot with our Giant's blanket. 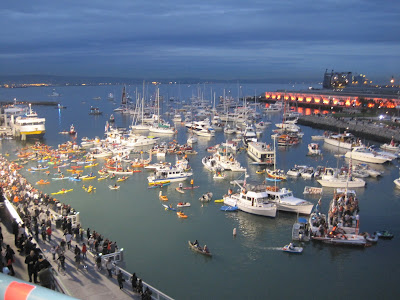 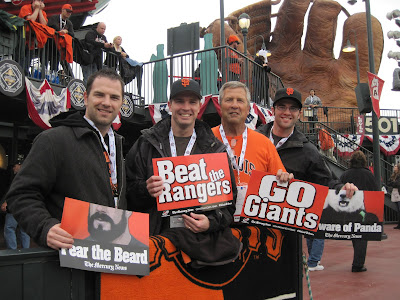 All the Fox men. GO GIANTS!! 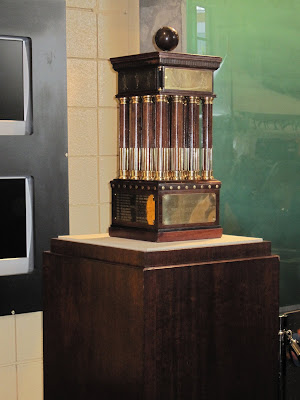 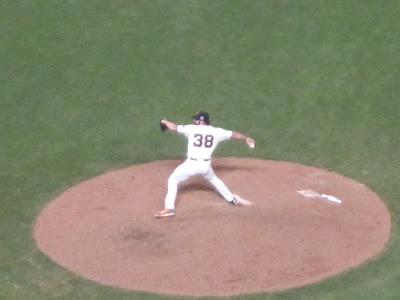 Brian Wilson Closing it out. 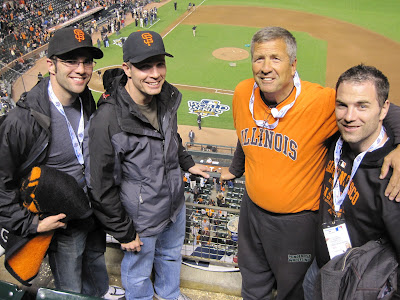 After the win!!
Labels: Giants Trips