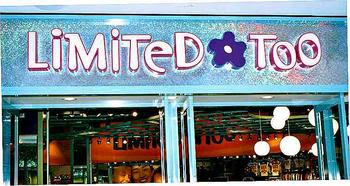 My very first job was at Limited Too.


Please tell me you remember buying all your clothes there. Especially the silky pastel colored pants and those scrunchy shirts that expanded? The height of fashion. Obviously. 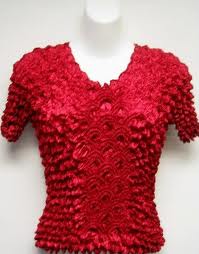 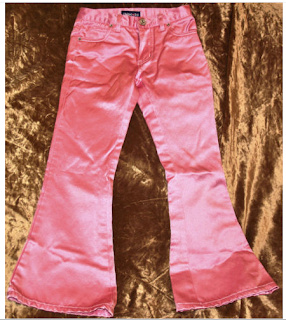 I was sixteen, it was my junior year in high school and I for some strange reason that I can not and never have been able to recall, I decided it was time for me to get a "real" job. I was working as an after school babysitter 2-3 times a week but this was just in a neighbor's home and I apparently decided it wasn't grown up enough. So clearly Limited Too was the answer.

Actually, I just wanted to work in any store in the mall, but you had to be seventeen to work in the cool places like Holister and Abercrombie. Limited Too was the only store that would take me. So I said yes. I felt so important, driving myself to work, clocking in, working a cash register (or at least attempting to). This was grown up. I got a discount too...which didn't really do me any good considering I stopped dressing in their clothes after turning 12... but it still made me feel special.

I think I was making somewhere between $6-7/ hr and let me tell you I was loaded! They even paid me for training hours,  just sitting there watching movies! Sweet!

It was a seasonal job (I was hired in November) and depending on how I did during the holiday season would determine whether or not they would consider me for a permanent position in January. I was ready to prove myself. My first shift was Black Friday, the closing shift. No newbies allowed in the mad rush morning hours, thank goodness. I came in during the late afternoon when most of the shoppers had already ripped the store apart and gone home. It was a disaster so I just spent my time hanging things back up and putting them where they belonged. Easy.

But closing the store wasn't just pulling down the gate in front and going home like I thought. No, we had to count everything in the register and make sure it matched the sales record, take inventory in the back, and one thousand other things that I simply don't remember at all and I'm about to tell you why.

There was a pretzel stand right outside our store handing out bite sized soft pretzel samples on toothpicks. I hated that stupid stand. First of all, I was never allowed to have one. I wasn't a customer. Rude. And second of all, every single person who came into our store ate their pretzel bite right in front of me dropped their toothpick onto the ground and smashed it into the carpet.

And my closing duty was vacuuming.

So that night for nearly twenty minutes I vacuumed over and over this five square foot spot of the carpet and could not get those dang toothpicks out! How the heck was I ever going to get the rest of the store done?? I felt like the biggest idiot. It was my first day and I can't even vacuum correctly?? That was the easiest task on the list! I'm sure my manager was laughing hysterically watching me get down on my hands and knees, pry out several toothpicks with my finger nails and then jump back up and vacuum over them real quick like nothing happened.

So forty five minutes later, I embarrassingly confessed my dilemma. Turns out the vacuum bag was full, that's why it wouldn't pick anything up. Oops. I swear I do chores at home. Really.

She changed the vacuum bag and sent me back out to finish my job.

So I decided to start in a different area and headed over to a corner away from the rest of the staff. Finally it was working! That vacuum was sucking up toothpicks like a champ! So I vacuum and vacuum and vacuum and start to lose focus because really...how hard can it be? When I suddenly heard this ripping sound. And then a crash. I looked down at the vacuum which is buried in a bunch of fabric. During my daydreaming it had apparently started sucking up the curtains and ripped them right off the ceiling! There they were,  right in front of me in a huge pile on the floor in all their glory. Uh... manager? Can I have that full bag back instead?

Needless to say my seasonal job ended with the season. I went back to being a neighbor nanny and avoided the job hunt for the next few years.

Well, now I'm back at it. For real this time.

Since passing the NCLEX two weeks ago I have applied for nearly 35 jobs with mostly just automated rejection emails to show for it. Everything is online now, and on one hand, its nice to sit on my couch in spandex and my hair in a bun and send in all my applications electronically. On the other hand, I can't talk anyone into giving me a chance! No, I do not have two years of RN experience but I have to get ti from somewhere right?? I didn't do 1,000 clinical hours for nothing!

But luckily, I'm a lot more dedicated to this search than I was to the one that ended at Limited Too.

On with the hunt.