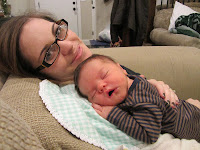 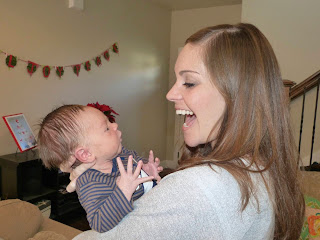 Little Win is a month old! To be honest the first couple weeks were just survival mode. People would ask me how I liked being a mom and all I could think about was that I didn't even have time to brush my teeth that day. Why does everyone think being a nurse is gross? I've dealt with more bodily fluids in the last half hour than I see in a week at work! Luckily we all made it out alive and are enjoying life much more now. I can't get enough snuggling, I know you aren't supposed to rock your babies to sleep because it spoils them but I do not care. I will snuggle with him all I want because soon he'll be too old for that. People ask who he looks like and we usually say me with Evan's nose. His eyes are dark blue, just like his Dad's. And those bulldog cheeks are from me, and all the better to kiss on. He's a little string bean with the longest fingers and toes and everyone says he's going to be a basketball player... which is extremely unlikely considering his gene pool but thanks for the confidence! We spend our days feeding, changing diapers ...literally 10-15 a day, who knew... changing clothes when the diaper just didn't cut it, napping, and taking baths because he loves them so much. One of my favorite things the first couple weeks was the way he would get milk drunk after eating. So cute. He is a little pig and wants to eat all. the. time. If I didn't feel like I was giving him drugs every time I feed him formula, I would bail on the whole breastfeeding thing. I'm not sure I'll ever be able to answer my door again because I have my shirt off like 80% of the time we are home! We have had tons of visitors though, everyone wants to come hold this little cutie and we appreciate the company. I love having a little sidekick with me when I run errands, and I love Love  LOVE not being pregnant. Hallelujah. Sometimes I just stare at him, I can't believe he was really inside me for nine months and that he made it out and is a tiny little healthy human. It's such a miracle. I thought being a nurse would help me out more than it has.... there are so many more Mommy questions than medical ones. He is starting to talk and smile and make eye contact with us now which is so much fun. We've been on a couple walks but the constant blizzarding creates less than ideal conditions for a newborn so we'll keep working on that. It's strange how much I miss him when I leave him with Dad for a few hours, I just can't get enough! I have been so impressed with what a great dad Evan is to Winston though. Not saying I had low expectations or anything but... lets just say when I found out a week before he was born that Evan had never changed a diaper I knew we were in for a ride. But seriously he has been incredibly helpful and always wants time with his little man. We are definitely still adjusting to our new normal and trying to remember we are still a married couple, not just parents, but we are so happy to have this precious little boy in our family. Here are some highlights from his first month:

"Dad's can change diapers... they just don't do it all the time."
{trying to get out of changing a second diaper that day}

"Why can't you just wear your old jeans? You don't have a belly anymore."
{After I informed him I bought a pair of $10 jeans to wear for now}

"It's a good thing guys aren't girls. I would make him starve if he did that to me."
{Me attempting to feed Winston and Winston practicing his biting skills}

"What did you do today?'
{Feed the baby and change diapers}
"Is that all?"
{Almost killed him after that one :) } 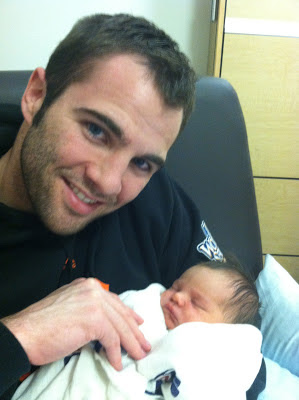 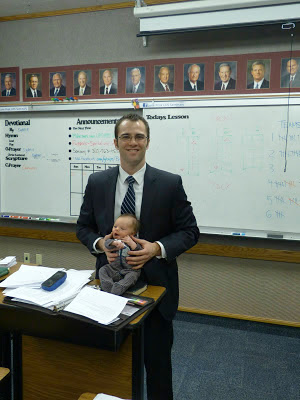 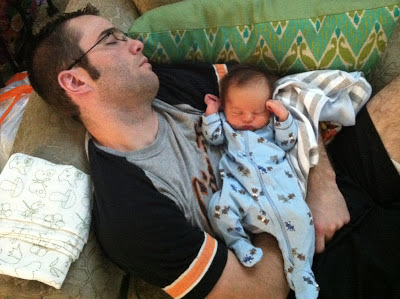 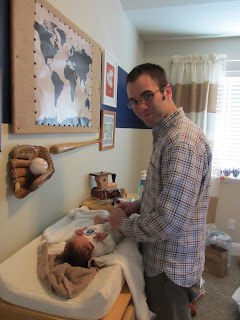 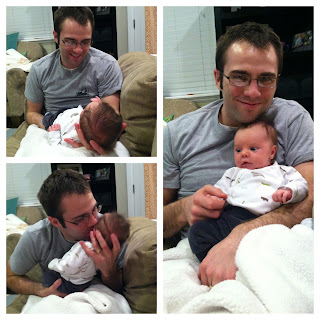 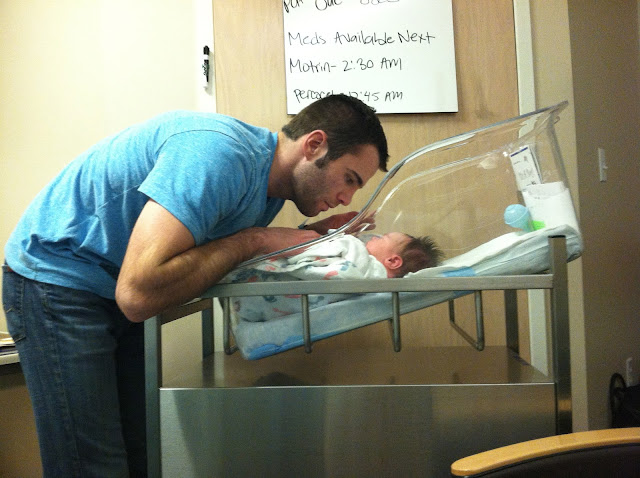 Fels Naptha- I know it looks like its straight out of 1950 but my sister-in-law gave this to me and seriously this stuff will get the stains out of e.V.e.R.y. thing. Love it!
Medla Lanolin cream- To all my friends who are about to have babies, buy this. Use it every single time you feed. Saved my life.

Aden and Anais swaddle blankets-  I have about 700 blankets but I just wash these over and over. Obsessed. 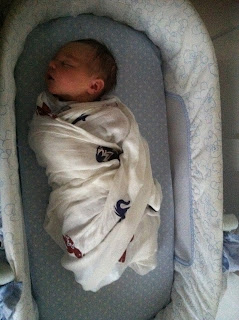 "W" Initial Necklace: From sweet Heather. I put this on the morning before I went in to labor hoping it would encourage little Winston to hurry up. It worked! I never take it off. 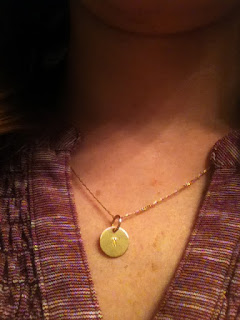 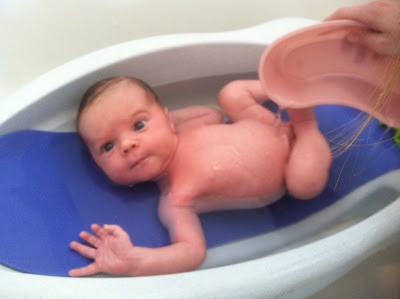 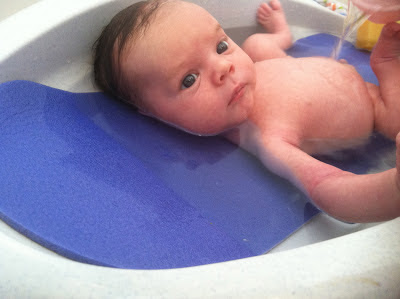 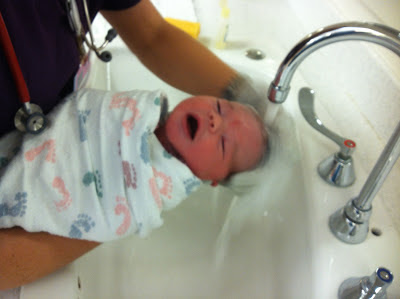 First Snow Day!
Not that interested... slept through the whole thing. 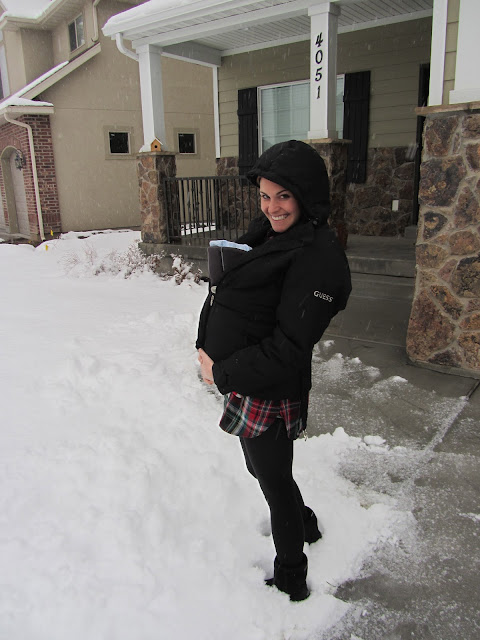 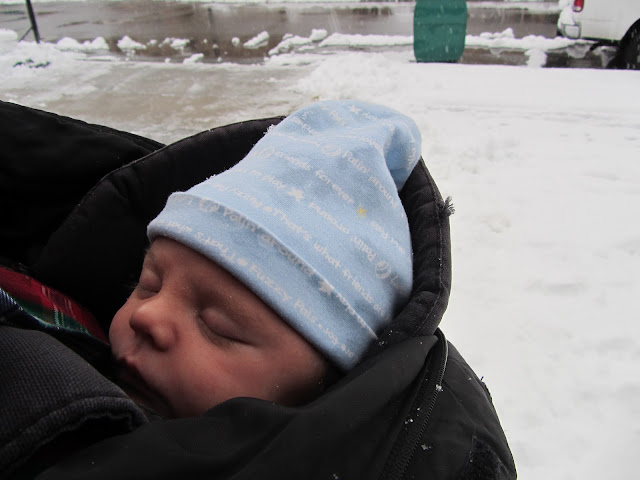 First time we didn't stay up all night! After four weeks of failed experiments and no sleep I finally found our solution. Now we get two 4 hour stretches of sleep! I literally felt like a new human the next morning. Heavenly. 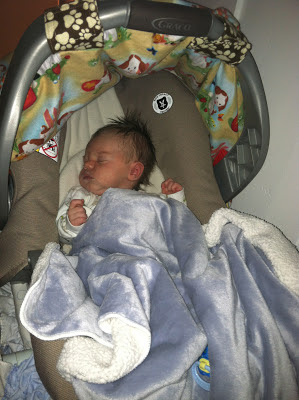 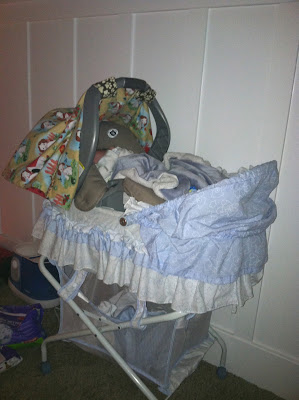 First Friend- cutest Kyrie Bitnoff... he's got a little catching up to do but they will be besties :) 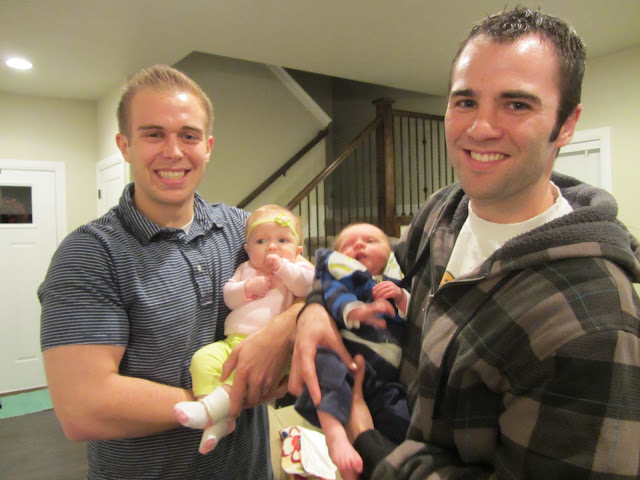 First Smile- it has been so funny to watch this little man learn how to control his face. This was him just waking up after sleeping in Mommy's bed all night. No wonder he's thrilled. 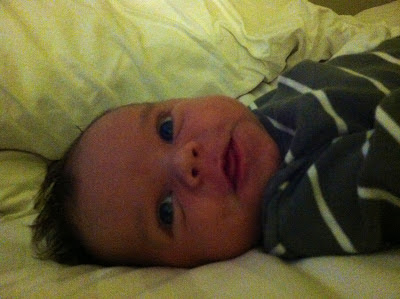 Breastfeeding....so not my favorite thing. 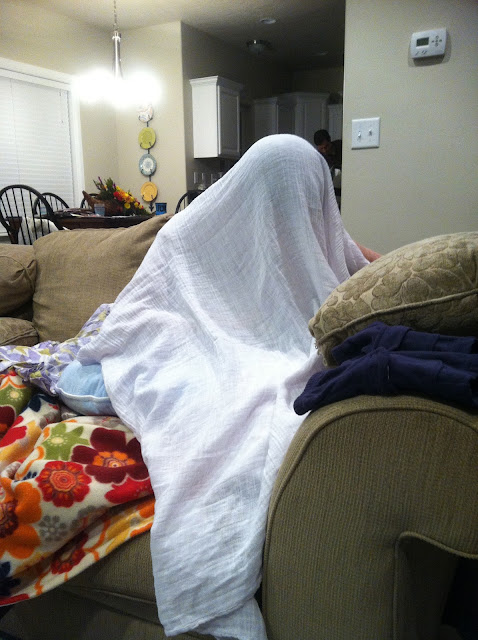 Fitting in to pre-pregnancy clothes-One pair down... a million to go 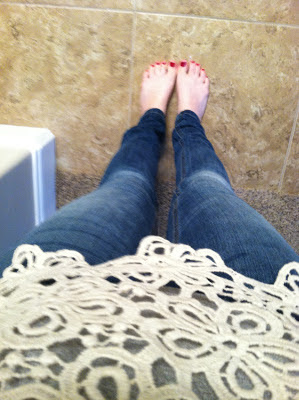 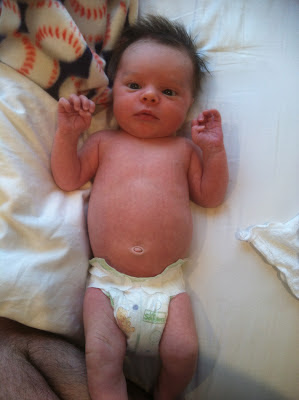 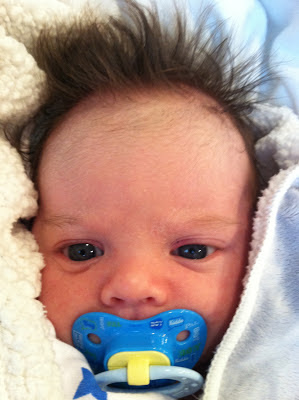 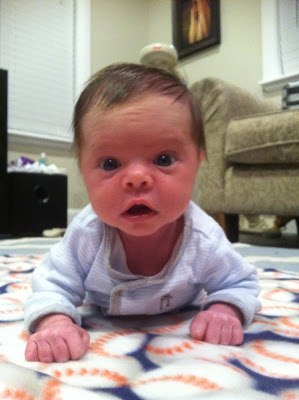 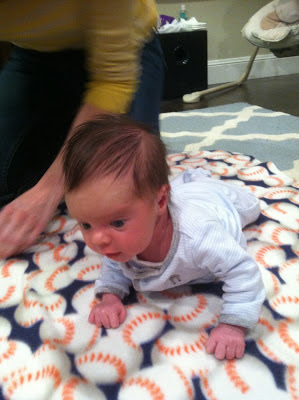 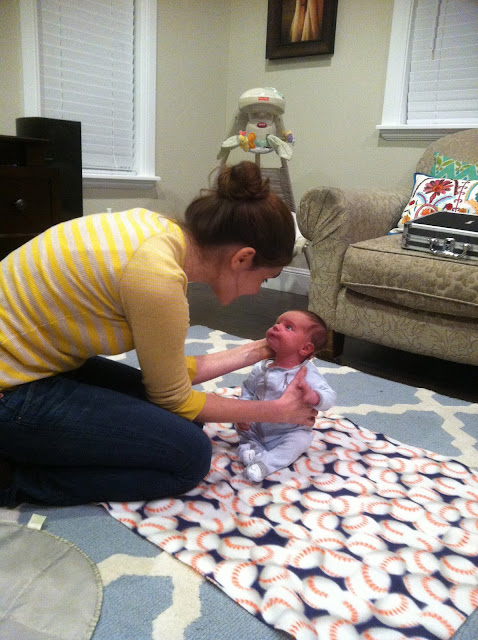