Happy seven months my sweet baby boy! If there is such a thing as a honeymoon phase with your baby, I'd say this is it for us. He is crawling all over the house and pulling himself up on the furniture and is oh so impressed with himself. He is fascinated by everything from his toothbrush to ping pong balls. He is of course less interested in his baby toys and much more interested in things like water bottles and remote controls. It's so fun to watch him learn! We have been spending lots of time in the water and he's not quite as excited about it as I would like but we are getting there. He's still a little fat kid and his favorite part of the day is any time he gets to eat. He's starting to get a little bit of the "stranger danger" which I am not looking forward to so we'll see if I can ward it off a little longer. He still spits up constantly and I think it's because he eats too much. It's a good thing we got so many burp cloths as baby gifts because we need them! He is full of laughs, babbling words, and dance moves. All his dark hair has fallen out and he's got some blond fuzzy stuff growing in... must be from his dad. One of my favorite things this month was watching him discover my parents dog. 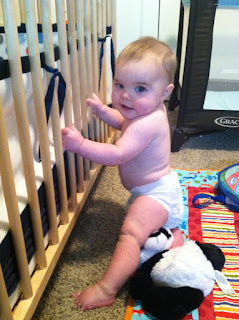 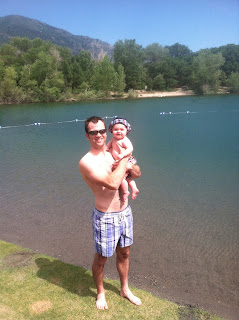 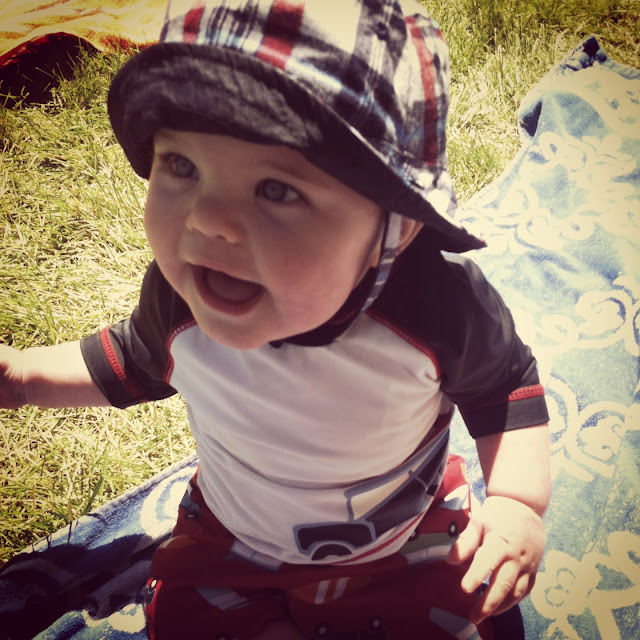 Favorite Things:
Animal Crackers: The grocery store became a little bit of a nightmare this month. Winston has realized that his car seat hold him still and absolutely screams and throws himself out of it when I try and strap him in. I started taking him out and putting him in the cart at the grocery store which is better but then he realized that he can't get out of the cart and crawl on the floor of Walmart. Mean mom. So we resorted to animal crackers as a bribe during every trip and he is always a sticky mess by the time we get out of there but at least it cuts the death stares from the other shoppers in half. 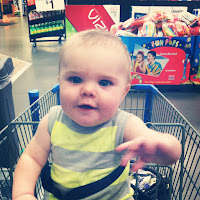 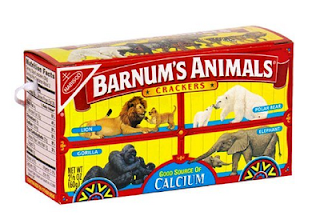 Door stops:Winston will spend endless amounts of time playing the the doorstops around the house. He gets so excited when he discovers one in a new spot, he never crawls as fast as when he's heading to that spring loaded toy. 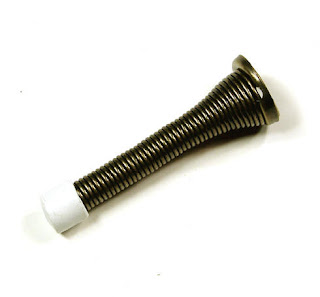 Primary Songs: We have spent a lot of time singing this month, Winston thinks I am a great musician and just gives me the biggest smiles when I sing to him. His favorite is Jesus Wants me for a Sunbeam. He starts giggling every time I sing it to him. Pretty irresistible. 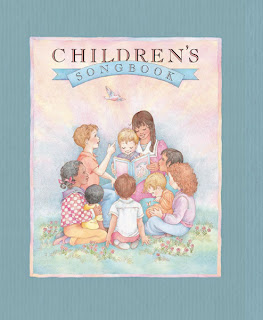 Winston still wakes up at 6:30 so I feed him and then let him play on the floor while Evan gets ready for work and I try to regain consciousness. They love this part of the day. 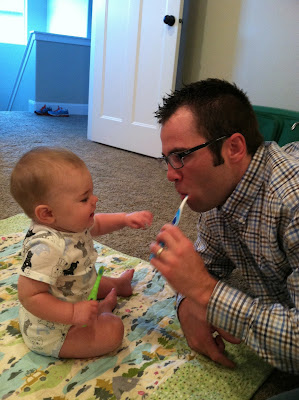 Evan teaching Winston to share his love of music...

Firsts:
Evan caught him pulling himself up on the couch for the first time... scared him to death poor thing!