Baby Belly:
I definitely feel like I'm showing but I think to other people it mostly just looks like I need to do some crunches. Almost all of my clothes still fit but make me look chubby. That awkward stage! Total weight gain: 4 lbs.
Totally lame attempt at a belly picture (I hate them) which accurately depicts how Winston feels about not being the only baby around here. 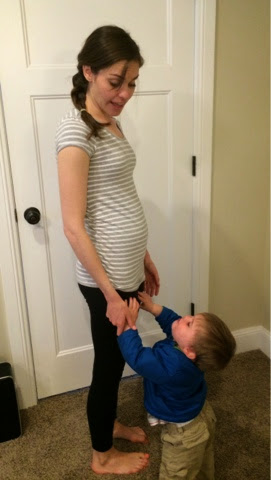 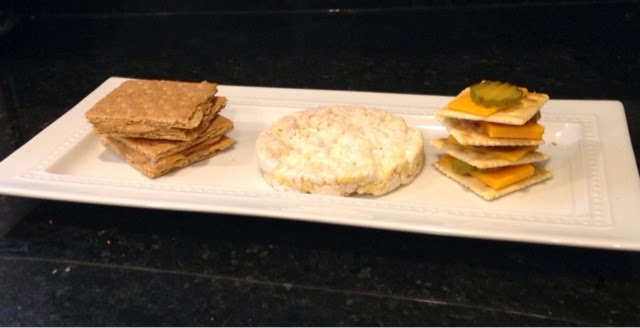 Names:
For a boy- Baron
Stetson ( no middle names yet)
William
For a girl- Scarlett Jane
Eleanor Grace (Ella Grace)

Highlights:
I had a miscarriage in December (not the highlight) and got pregnant again right away in January, so because we didn't have a way to date the pregnancy my MD ordered an ultrasound to see how far along I was. I was excited about the ultrasound because they usually only do one at 20 weeks, much later on. However, when I had my lab work done, the medical assistant was extremely pessimistic and told me I would probably miscarry again since I had in December, and she had also told me they were going to move my dates back 5 weeks. Obviously I spent most this trimester an anxious mess. When it was finally time for the ultrasound I was terrified but it was actually a wonderful experience. It was so fun and such a relief to see our real live baby so early on, I couldn't believe you could already see the arms and legs moving around after only 11 weeks! Pretty sure she (he?) was waving to us. They only ended up moving my due date back 6 days so I was thrilled. I continue to attest that babies are God's greatest miracle. I am absolutely thrilled with my new Doctor and his staff but will avoid that lab again at all costs.

Side Effects:
I have been lucky again this time and have not been sick more than 1 or 2 days in the past 3 months, but I have just felt absolutely worthlessly exhausted. I would sleep for 10 hours every night and after being awake for 5 hours I was desperate for Winston to take a nap. I'd sleep for the full two hours he did. Then I'd be okay again for 3-4 hours before I became a permanent fixture on the couch or the bed for the rest of the night. It's amazing the things that become optional when you are literally too tired to function. Basically if it didn't involve feeding myself and Evan or taking care of Winston, it didn't happen. It is slowly starting to fade and I will hopefully be a productive human again soon. Other than that I have just been unusually emotional (Evan always says he knows I'm pregnant the minute I start crying about something). I have been able to run/bike about 3x a week so far and I'm hoping to increase this as my energy comes back and as the weather starts warming up (please warm up!!!) With Winston I had to quit at around 18 weeks because I started getting sharp shooting pains every time I ran which I think was due to the location of the placenta... we'll see how it goes this time around. A ton of women from my ward are doing a half marathon in June and I would LOVE to do it with them but at this point I just have to take everything one week at a time.