1.My crew. First, there is no better group of guys in the entire world. Faithful, family loving, relaxed and down to earth, hilarious, humble. I love being the youngest so I can learn so much from them. This is my favorite highlight of work. Come on how many of you could spend a full week in an RV with all 9 of your coworkers and not die and hate every one of them? 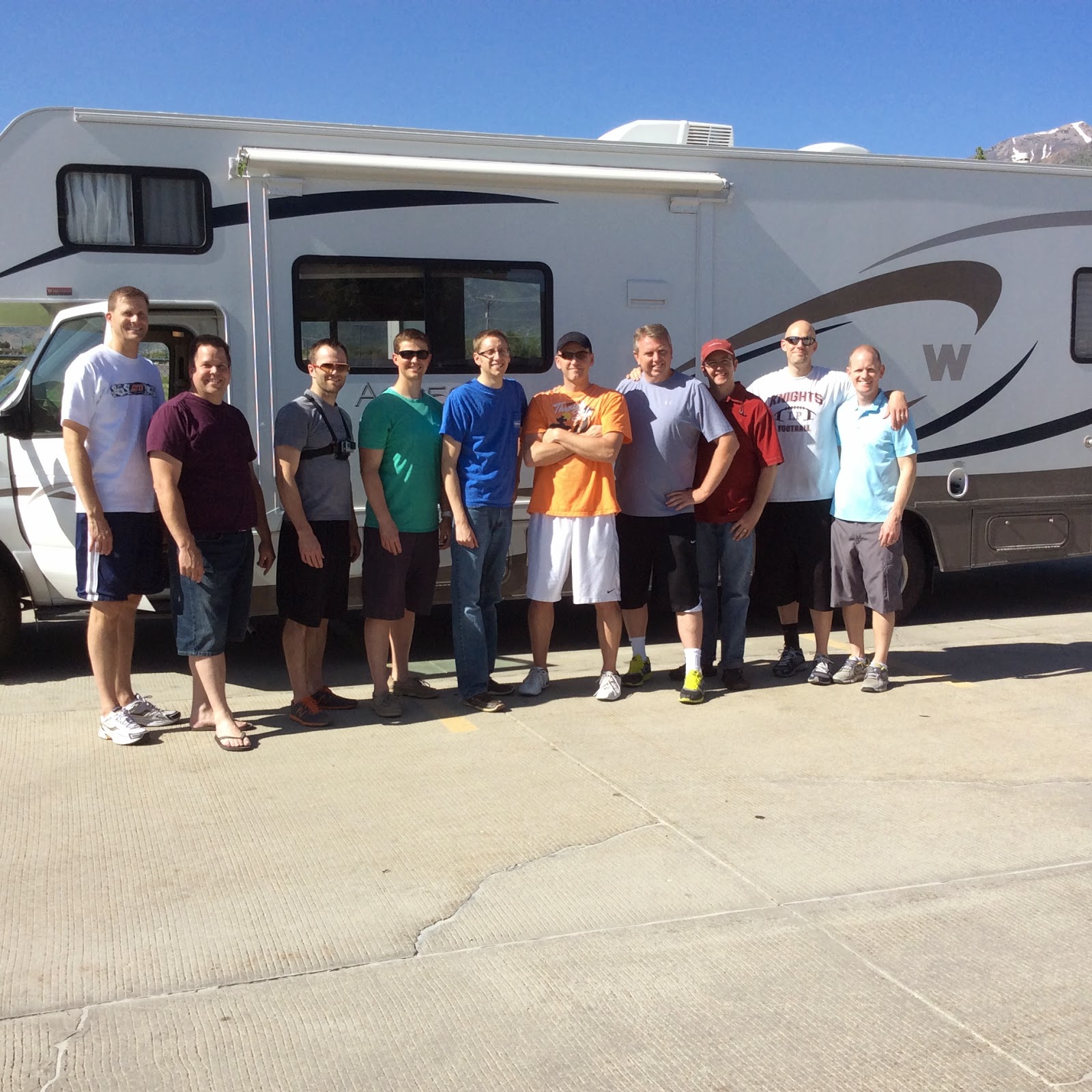 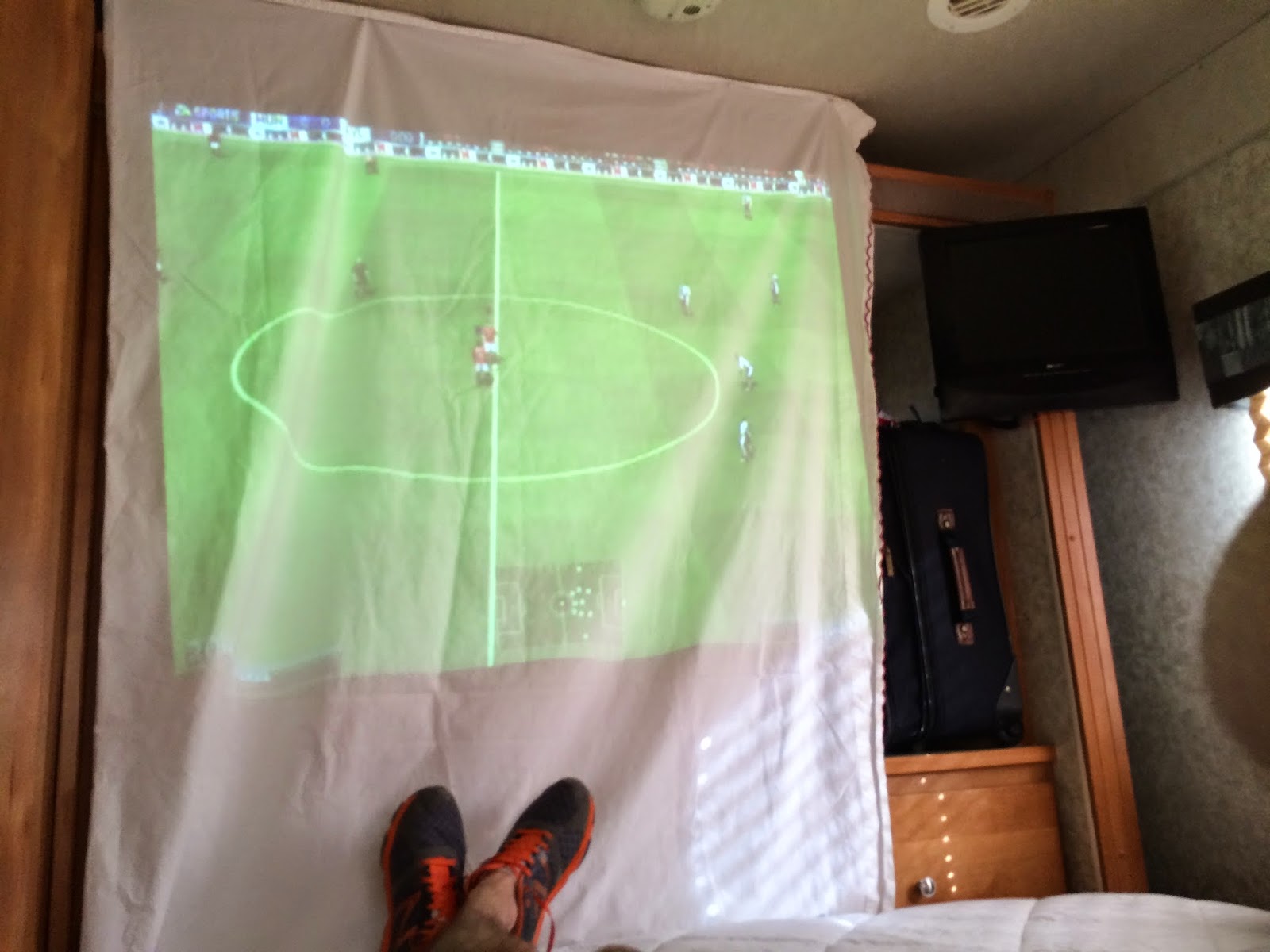 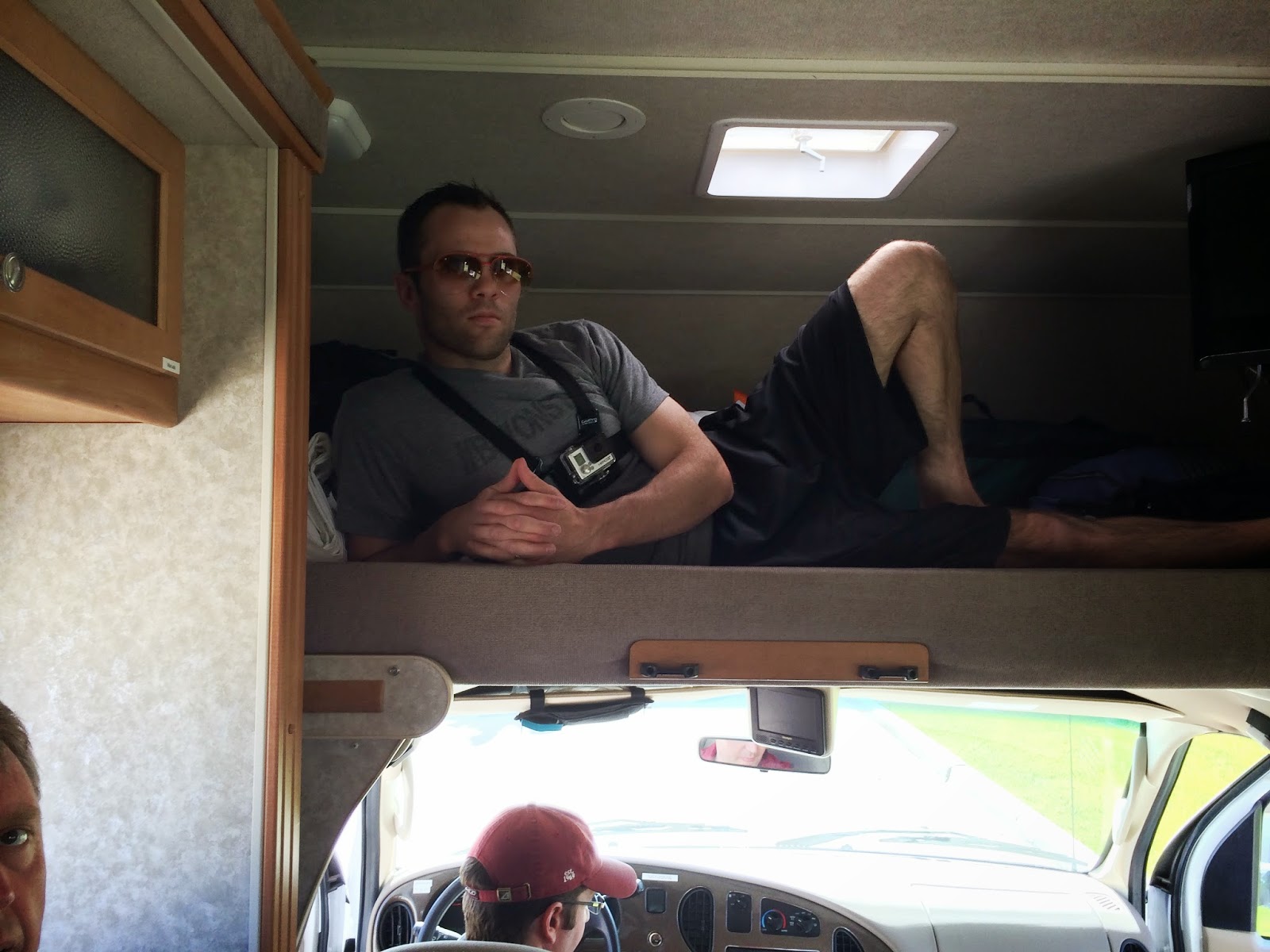 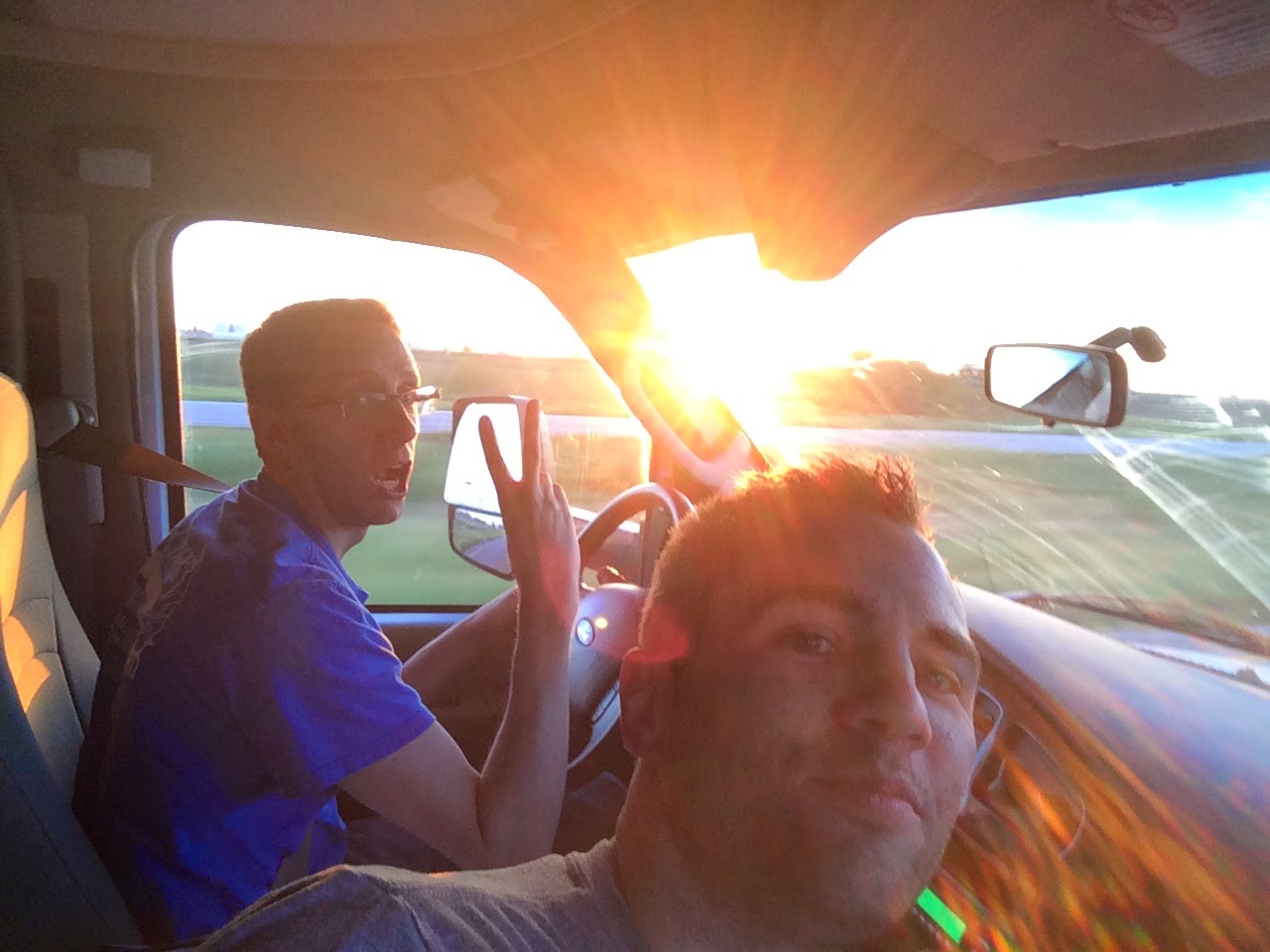 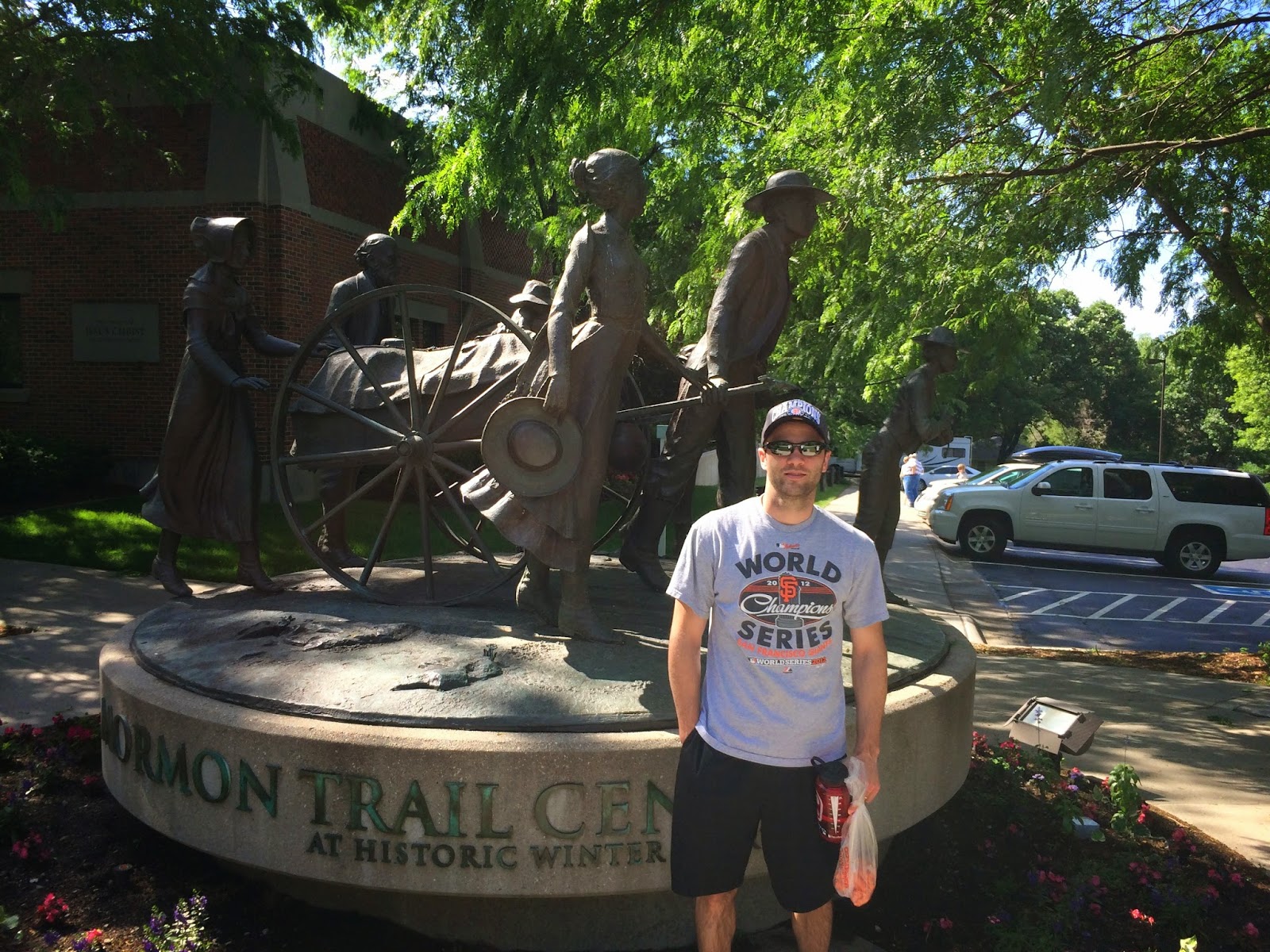 2. Visiting Winter Quarters Nebraska. My brother Brandon served his LDS church mission here and this site is very tender to him. He asked if i would kneel because of the sacred hollowed ground upon which we stood. The Latter-day Pioneers spent some brutal winters here from 1846-48 where they lost many people including mostly infants (winter quarters pics) This was in preparation to their crossing the plains to land themselves in the Salt Lake Valley. 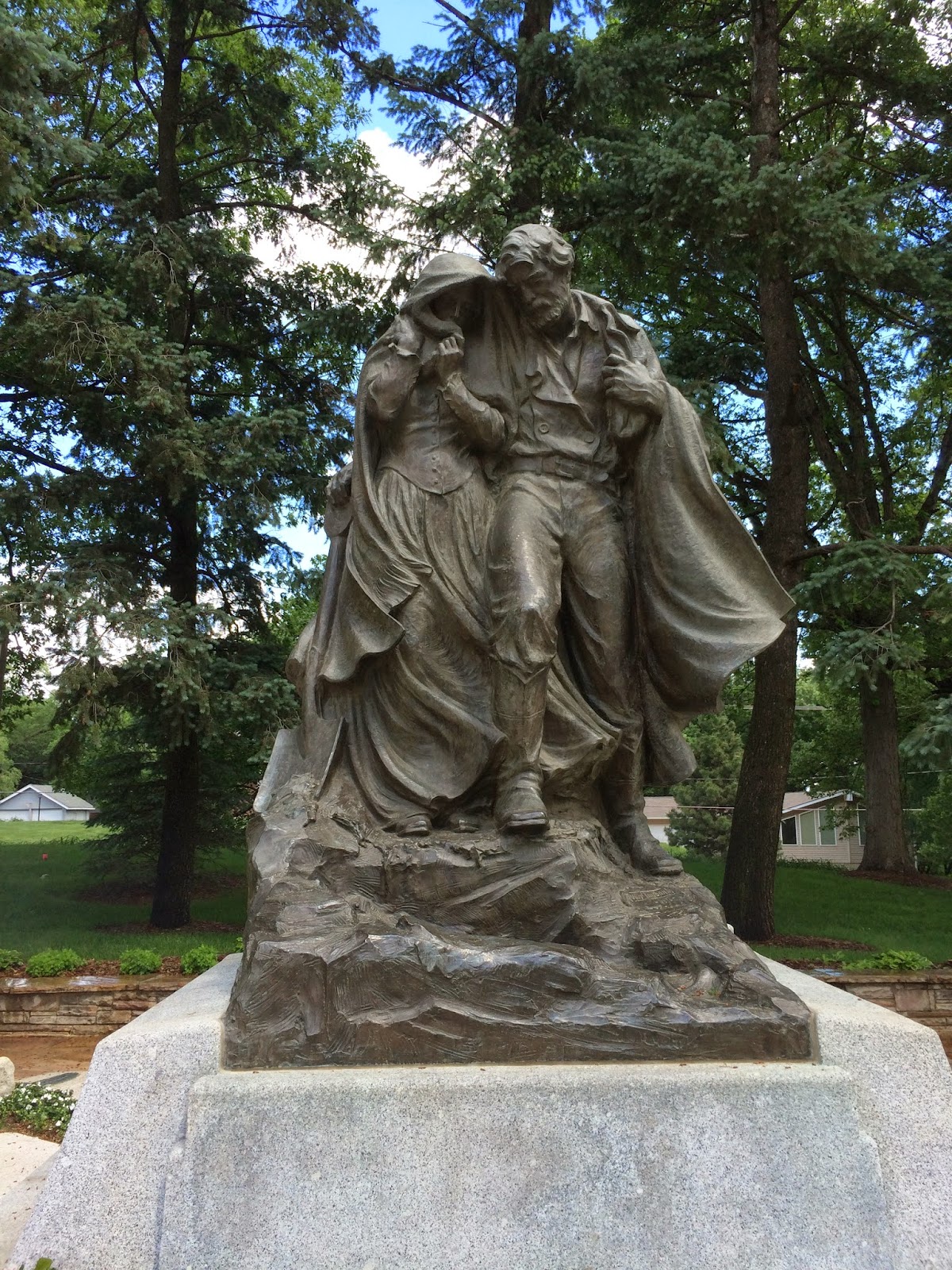 3.Kanesville Tabernacle. A rather small site in the middle of Council Bluffs Iowa. The main event that took place here was Brigham Young being set apart as the new Prophet after the martyrdom of the prophet Joseph Smith. But this wasn’t the highlight for me. Inside the visitor center was some plaques with names of the Mormon Battalion members…When I mentioned to the lady that a distant grandfather of mine was on the plaque she went in the back and grabbed a biography sheet for me, then showed me a 20 min video on him and the role he played in discovering gold with the Mormons in California right next to my hometown. Wilford Hudson (my distant grandfather) left the gold and what could have a very wealthy life  and went back to east Utah to find his family while everyone headed west to get rich. He knew what was more precious than gold. 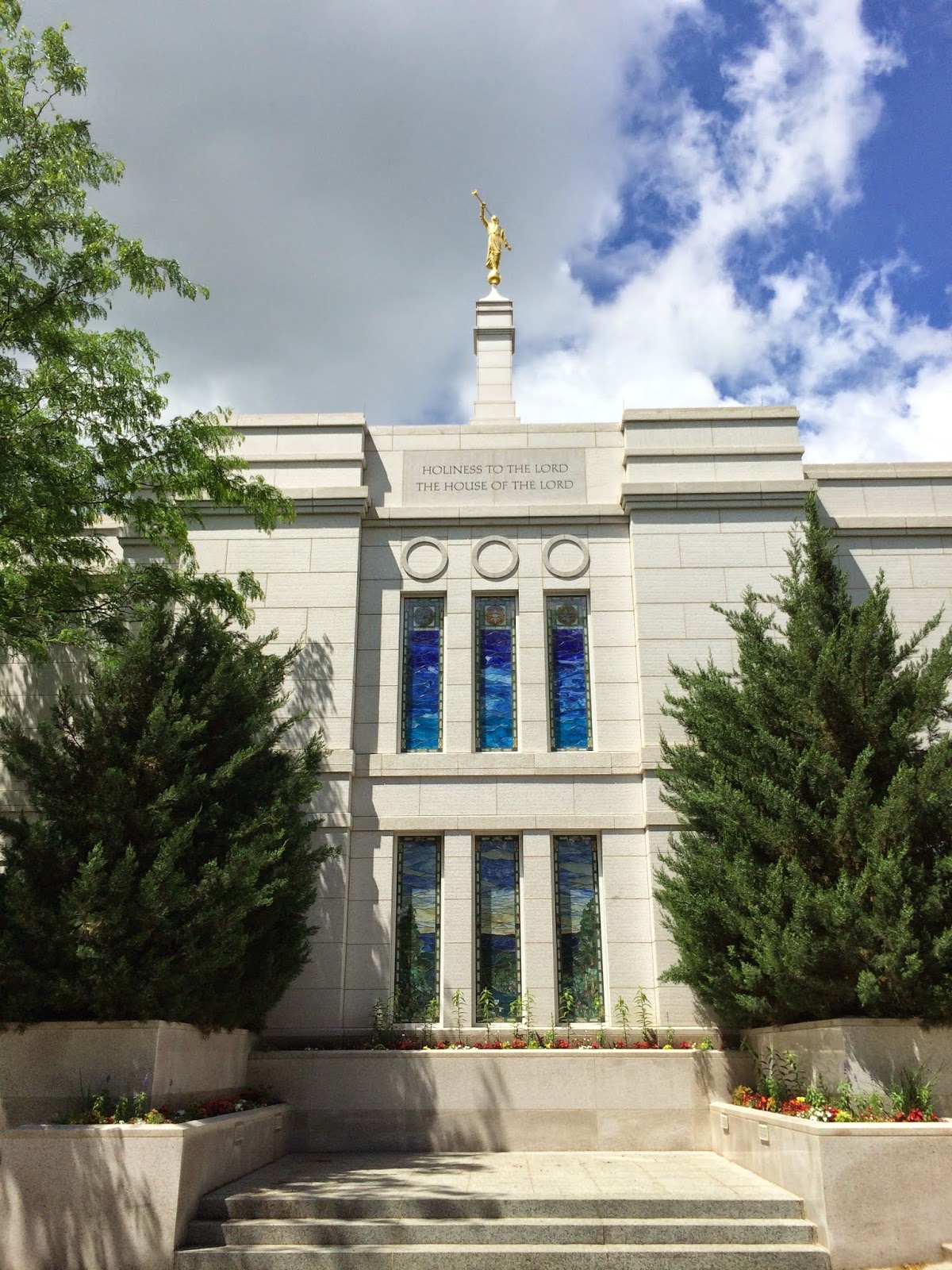 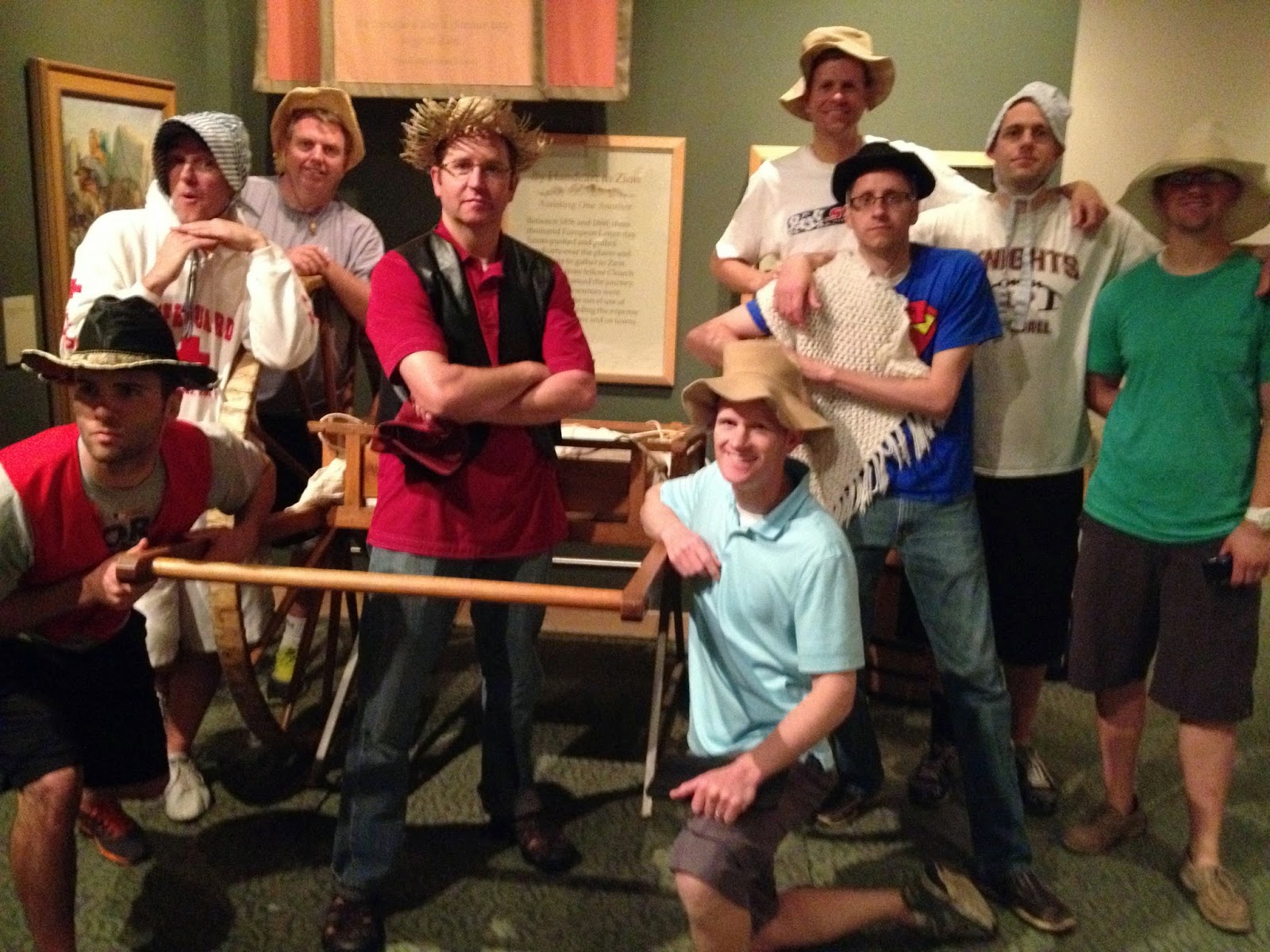 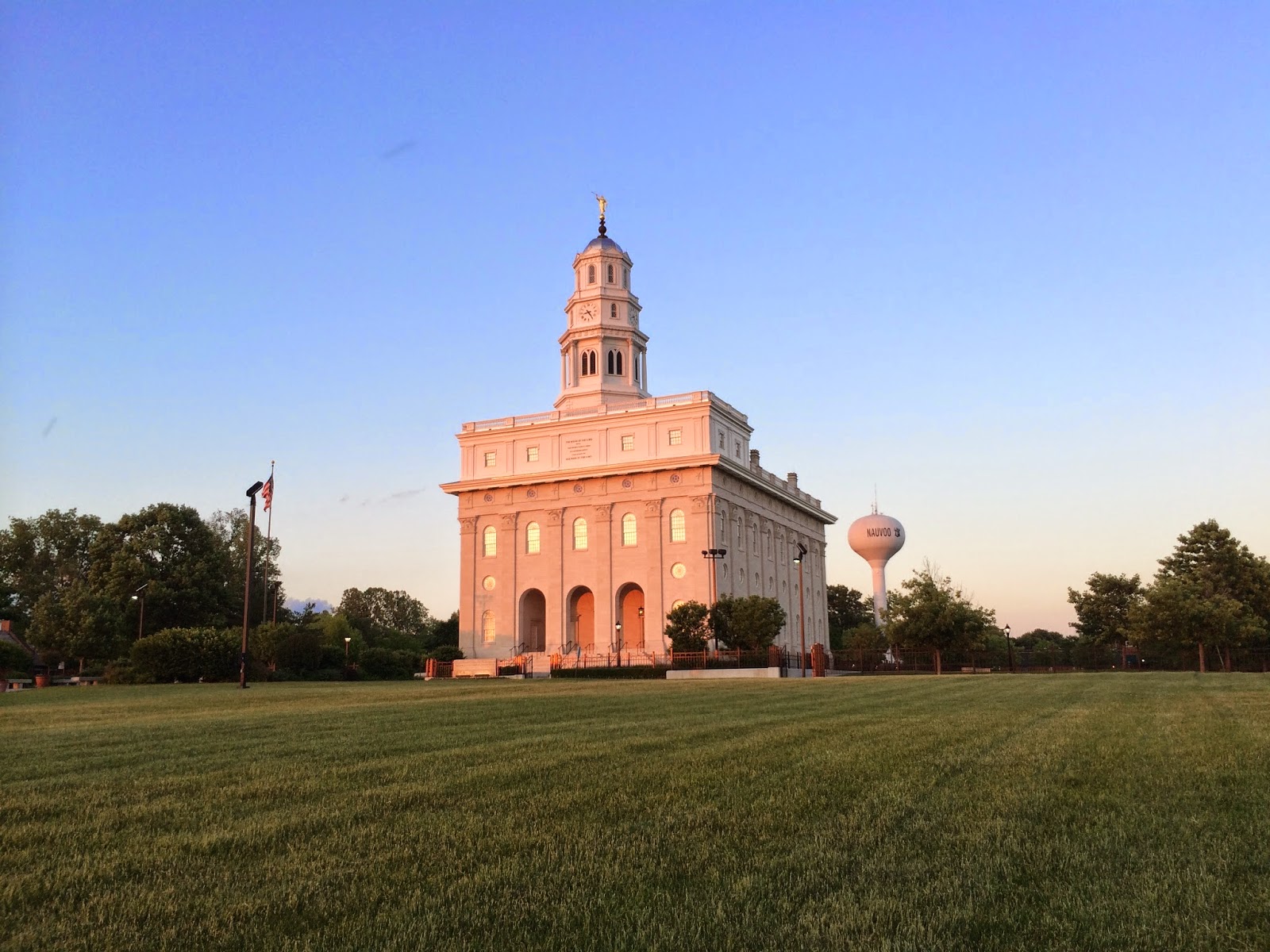 4.Nauvoo Temple. There are few beautiful buildings in the world that match this one. The early pioneers sacrificed all they had to build a temple to God, just like the Children of Israel did multiple times in the bible. They knew that it was here they could receive ordinances and make sacred covenants allowing them to be given added measure of gods power and strength. I know that is true. 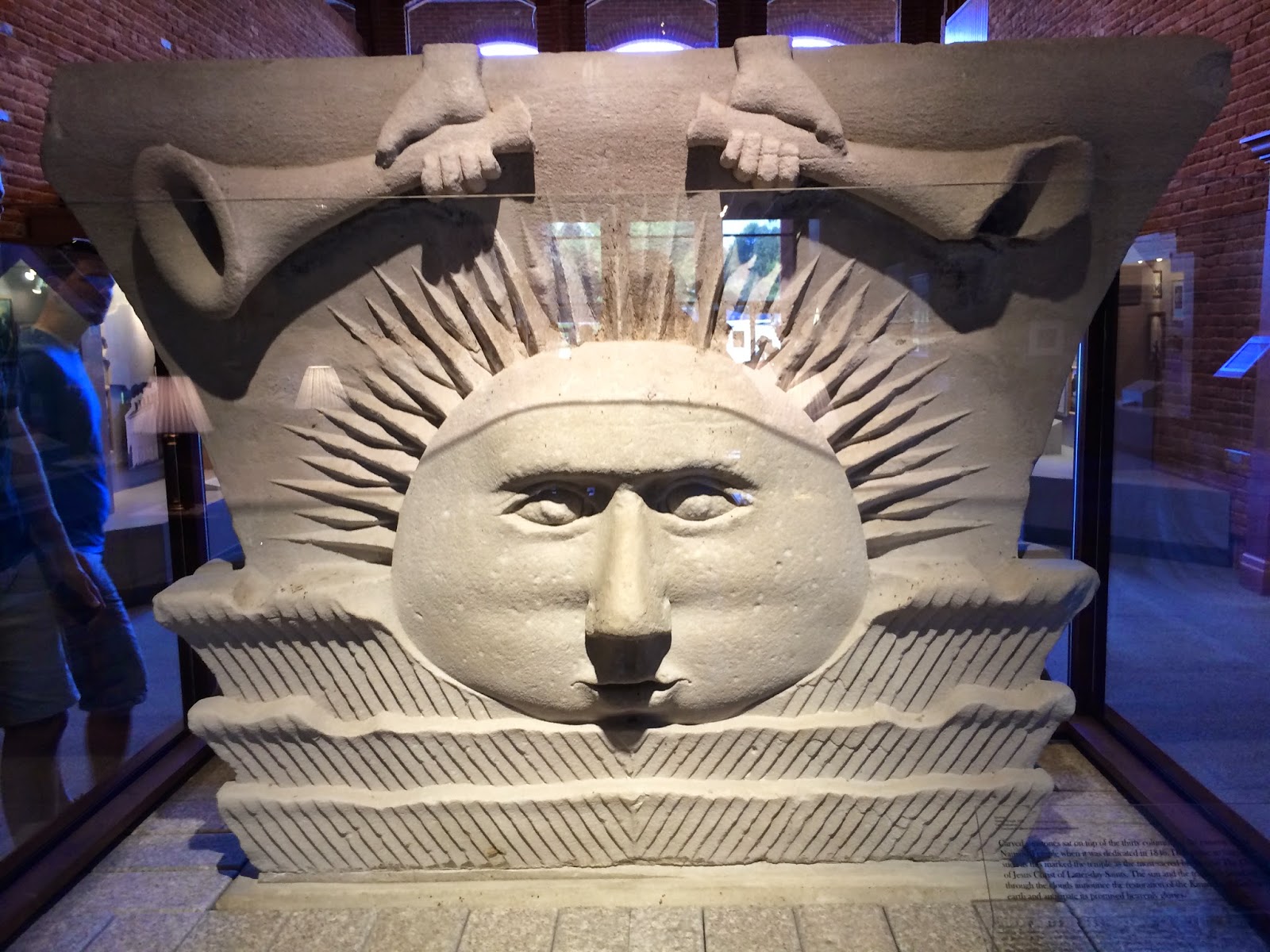 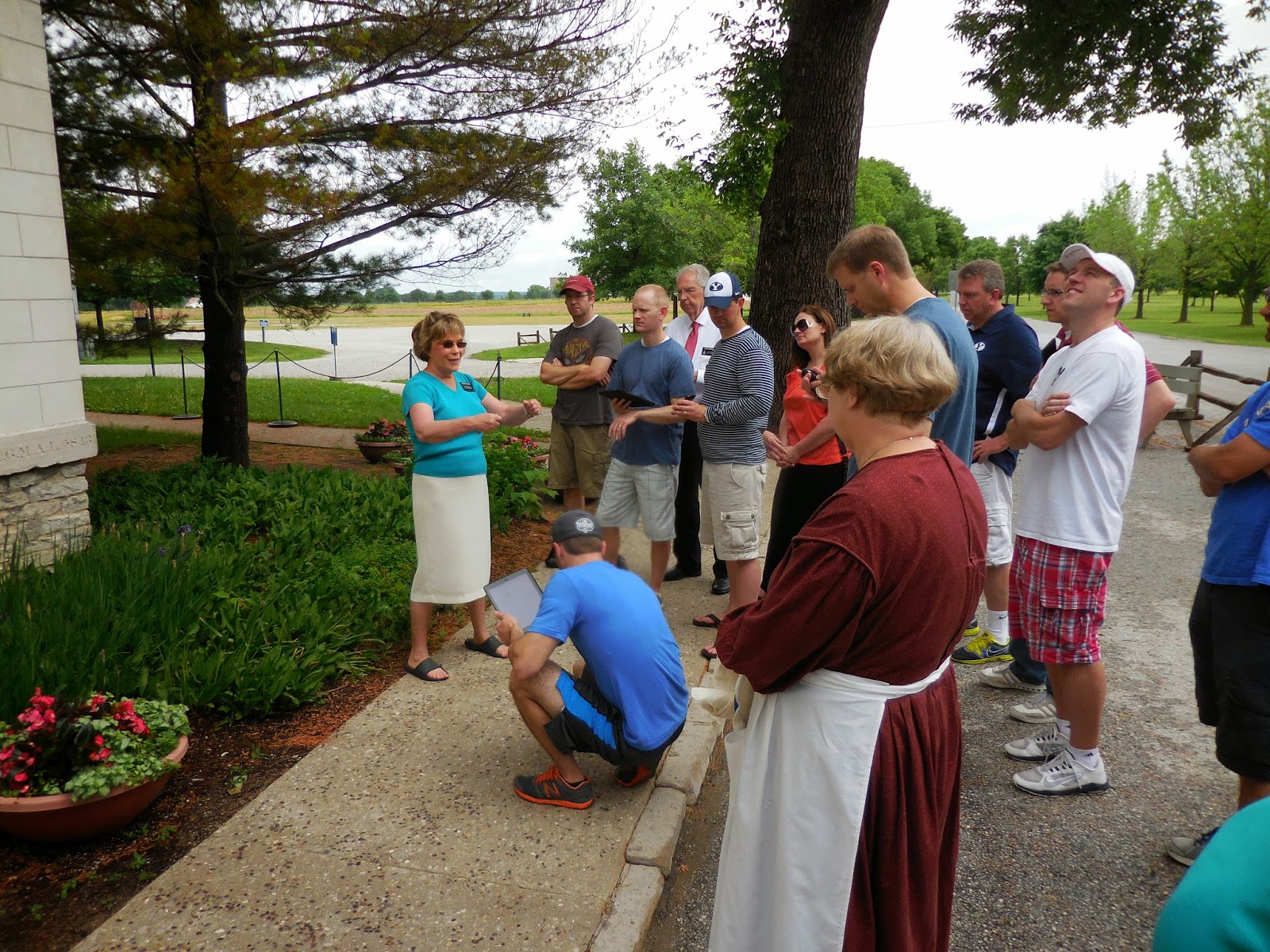 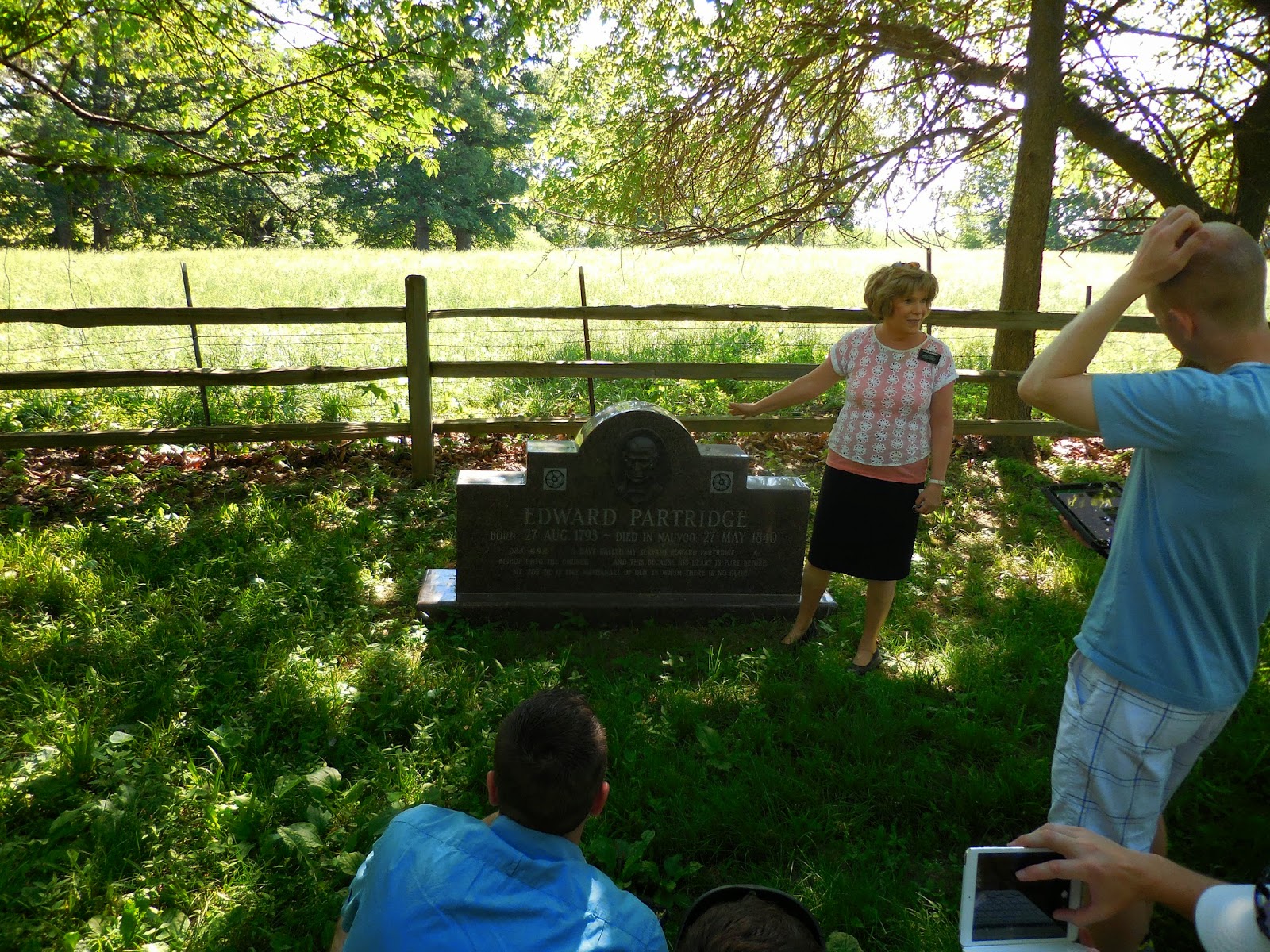 5.Susan Easton Black Durrant. So how many times do you have the opportunity to have private tours with her? For those of you that aren’t LDS she is one of the top history scholars for our church. Just so happens one of my coworker’s dads married her recently and they are on a mission in Nauvoo. She is brilliant, hilarious and a spitfire for a 70 year old lady. A quick story. She and her son kicked mine and another seminary teachers trash at ping pong. I don’t give excuses but she plays competitively every night, had home court, and i haven’t touched ping pong in over a year! :) The next morning after a good wooping she made us get on our knees and she bestowed upon us a ping pong ball signed by her with the phrase “Hoped for a better game”…Not gonna lie it was hilarious. But the best part is that she taught us so much and not the fluffy stuff but the behind the scenes tomb searching good stuff! It was totally rad. 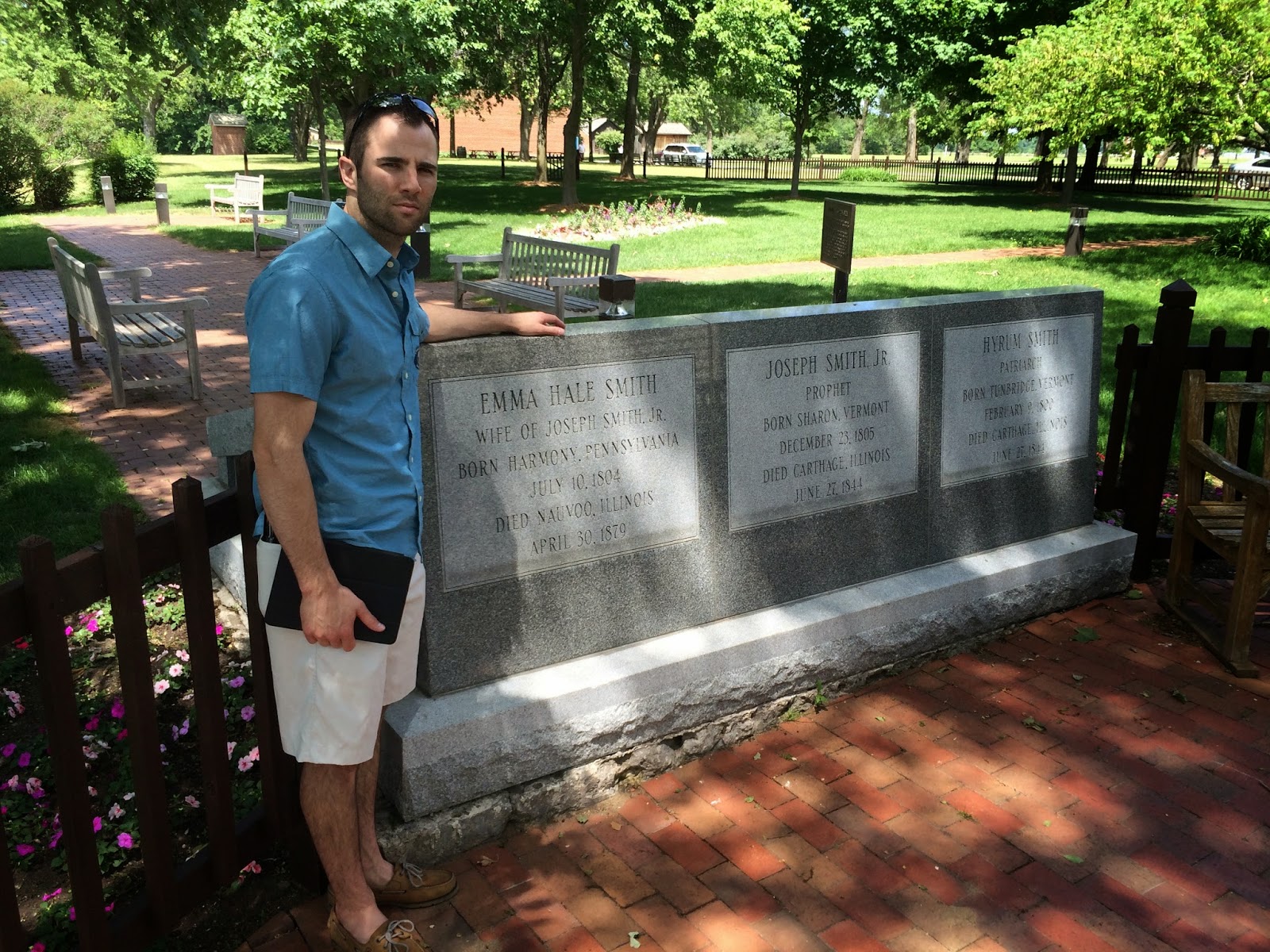 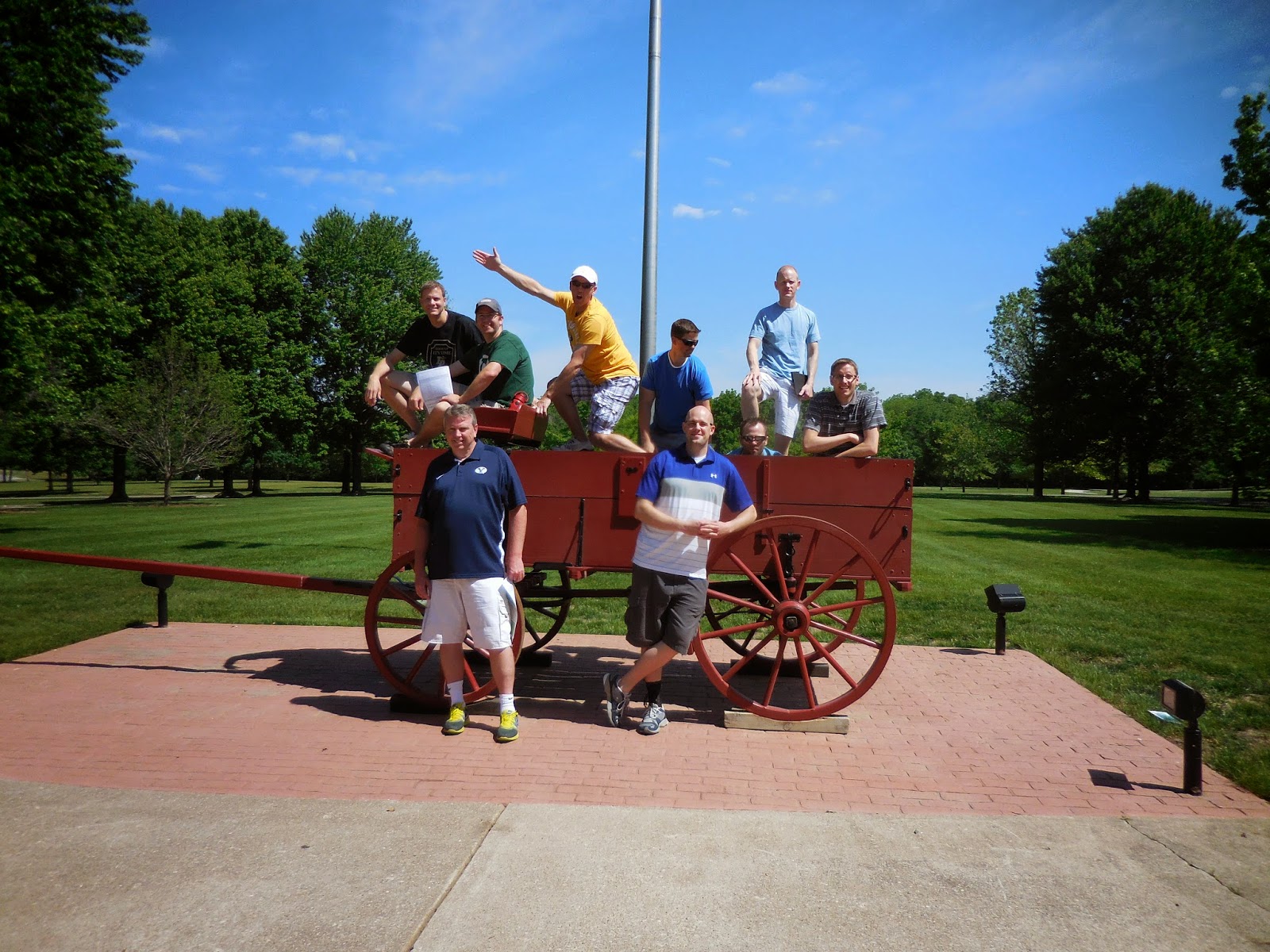 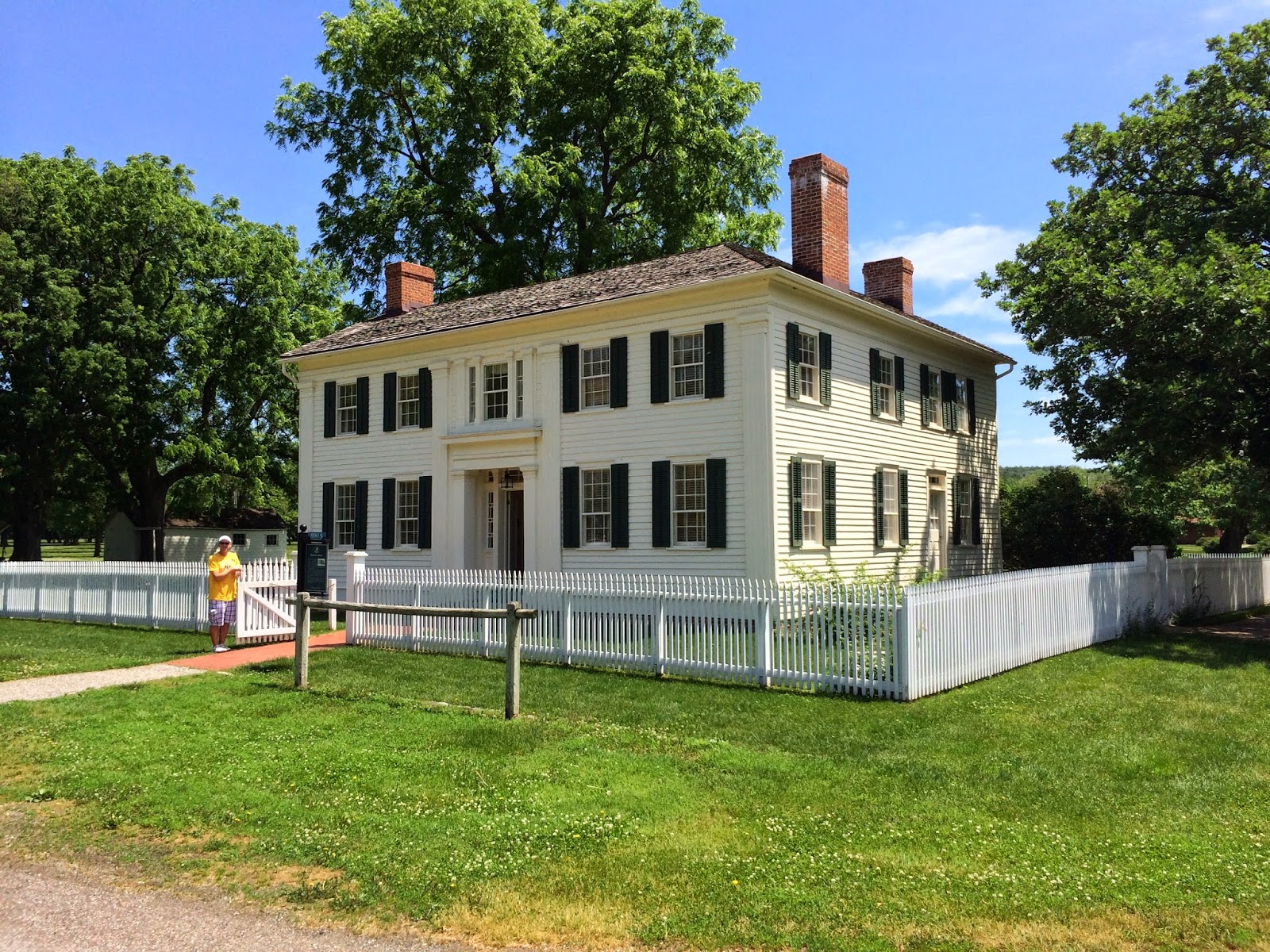 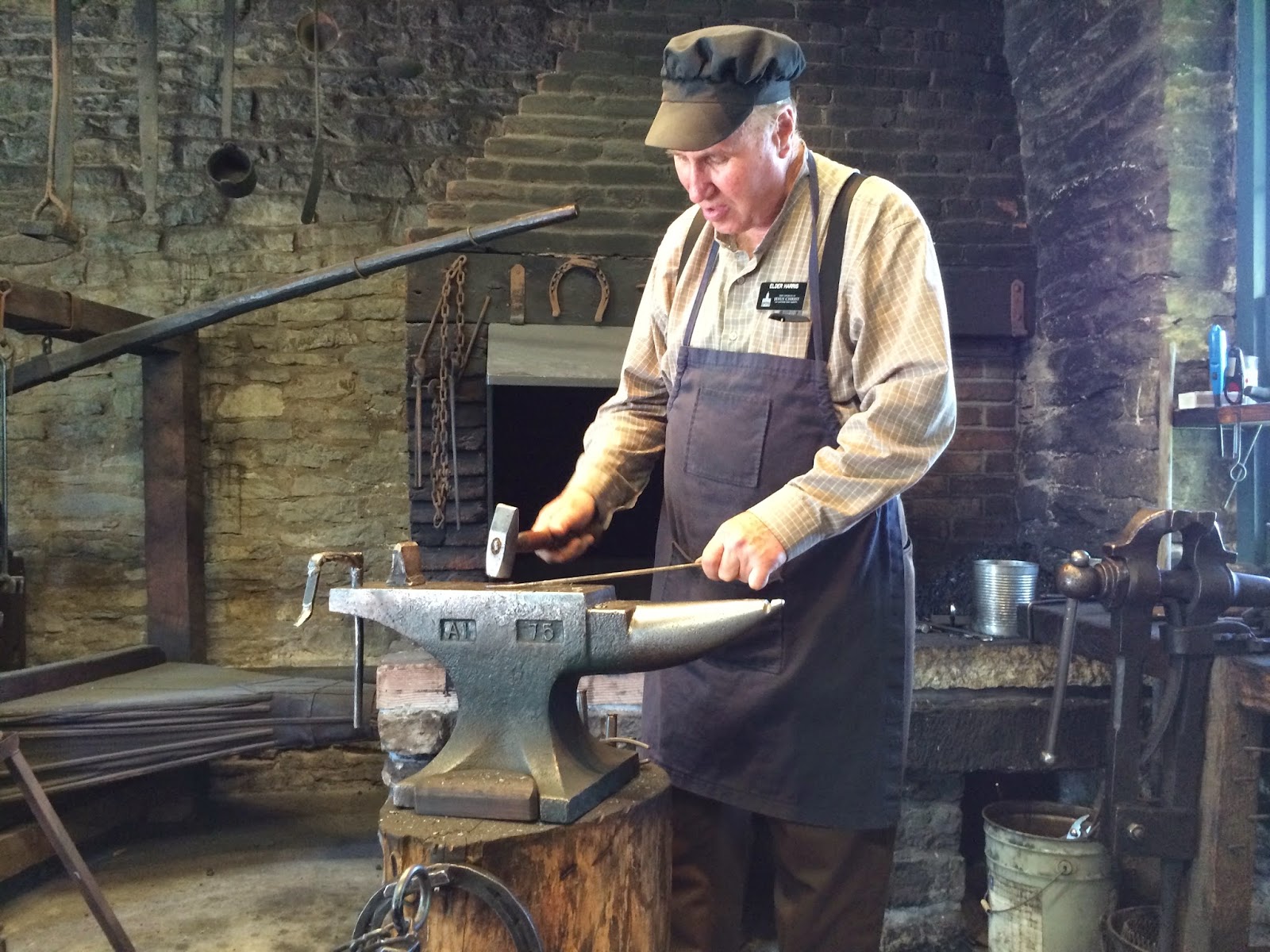 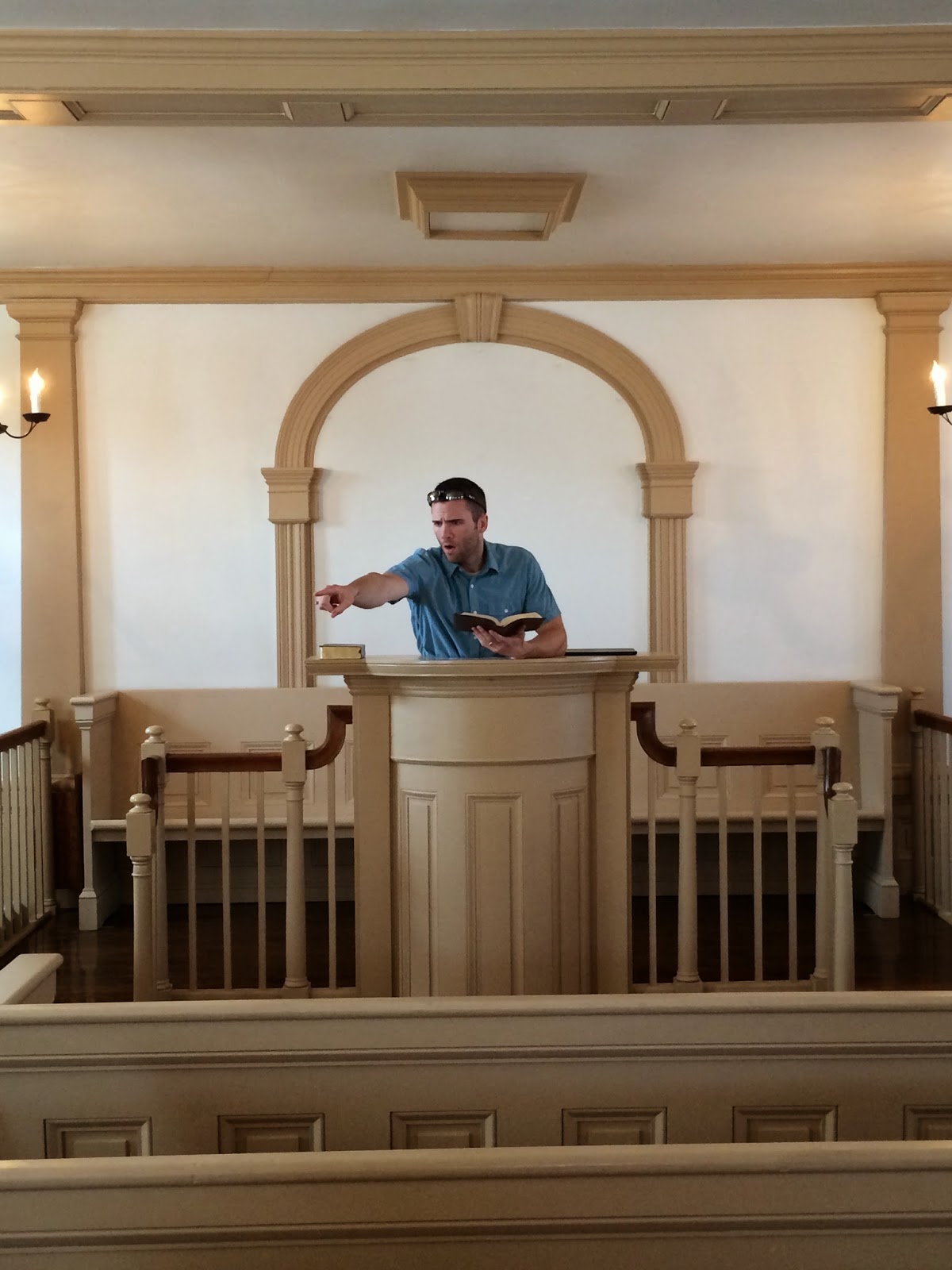 6.Seventies Hall. In the LDS Church there is a group of men called general authorities. Just as Jesus Christ ordained a quorum of seventy men and sent them forth to teach the gospel in the New Testament, He does the same today through his prophet. In this building sat my 5x great grandfather Zera Pulsipher as a member of the presidency of the seventy. Here he was trained about the gospel of Jesus Christ and with others went forth to all the world to bear testimony that God is real and His son suffered and died so that all of Gods children could return to him and receive all he has. D&C 124:138-39  "138 And again, I give unto you Joseph Young, Josiah Butterfield, Daniel Miles, Henry Herriman, Zera Pulsipher, Levi Hancock, James Foster, to preside over the quorum of seventies; 139 Which quorum is instituted for traveling elders to bear record of my name in all the world, wherever the traveling high council, mine apostles, shall send them to prepare a way before my face. 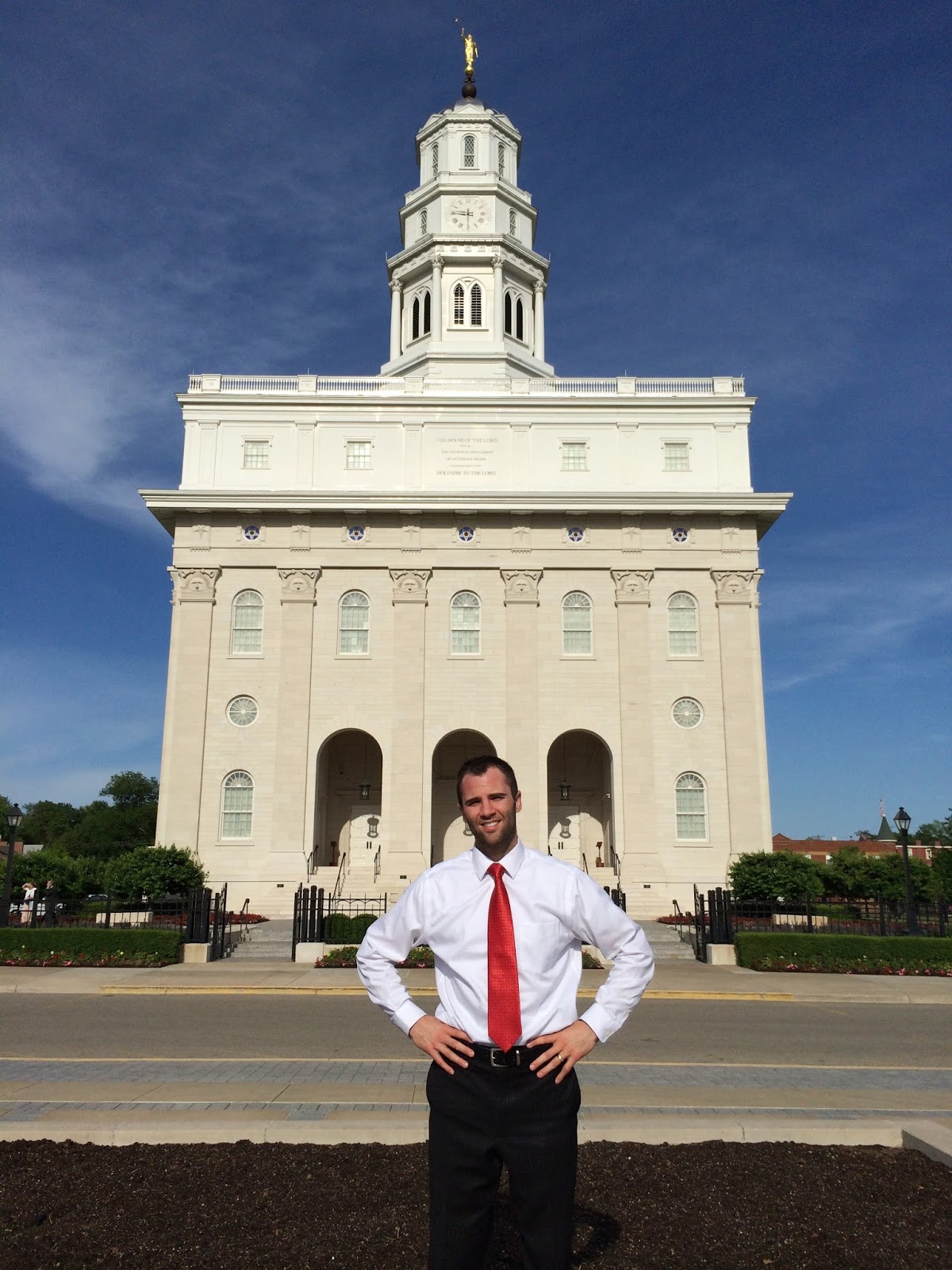 7.Martyrdom Trail. Definitely one of the top highlights. When we first arrived in Nauvoo Susan Easton Black Durrant told us that if we wanted to we could bike the 23 miles to Carthage following closely the trail Joseph Smith and his brother Hyrum took on June 24, 1844 before they were murdered in Carthage Jail June 27. Everyone looked at me (because they knew anything to do with bikes is no question) and said there is no way we are doing that. Let’s just say convinced 5 of them to hop on a bike and do the 2.5 hour trip to Carthage. Little did we know the bikes were BEACH CRUISERS and the trail was 50% mud. But nonetheless memories were made! I even cranked up a boom box in my backpack playing a little "praise to the man" to add to the experience. It was awesome! The countryside was beautiful and i couldn’t help but ask myself along the way if i would be willing to take a bullet for what I knew to be true. Carthage was an incredible spirit sitting in the jail and listening to a recording of the hymn song the day of the martyrdom, a poor wayfaring man of grief. If you are LDS and haven’t been here recently then scratch the next beach trip and go somewhere that will bless you and your family for eternity. 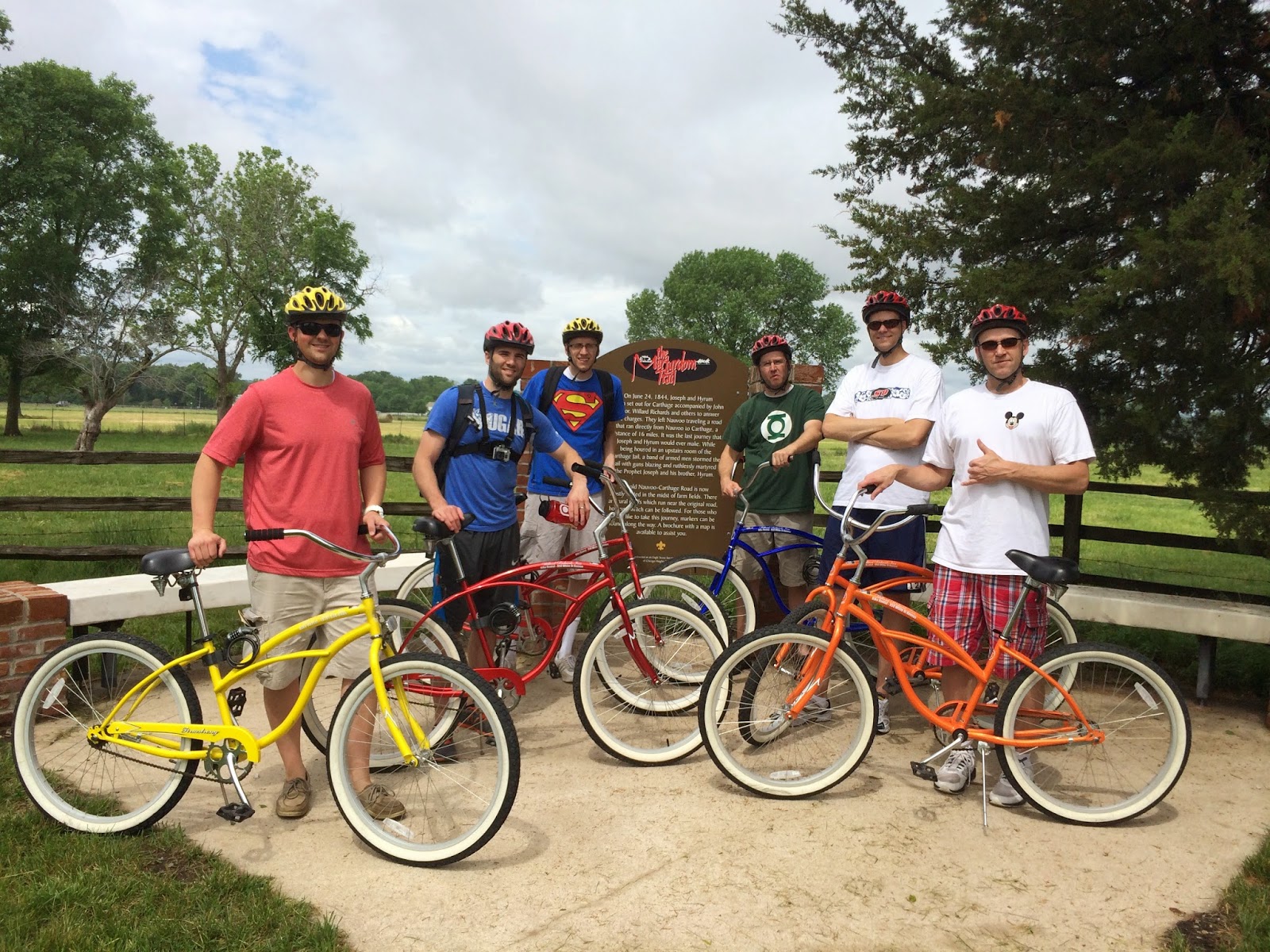 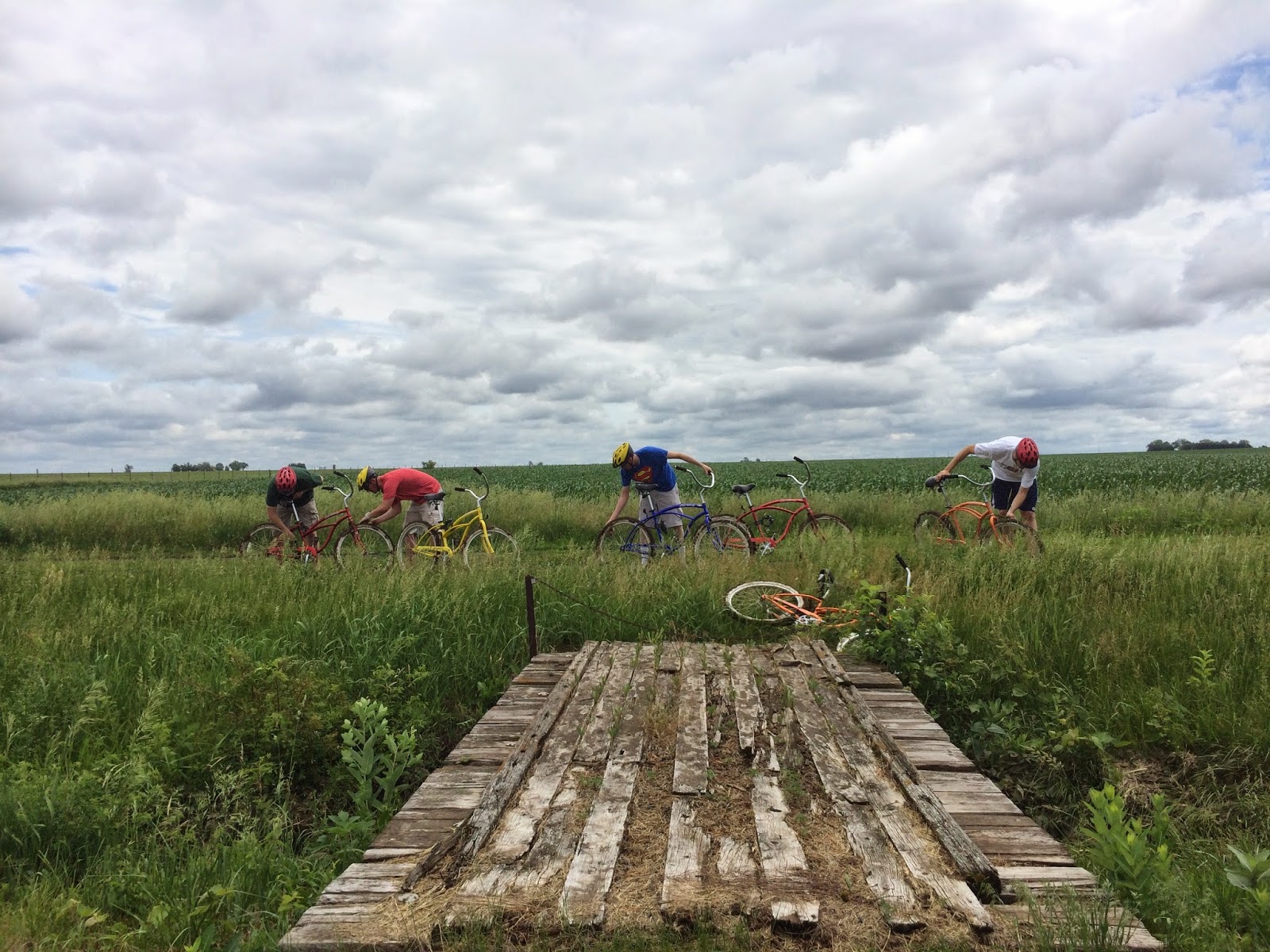 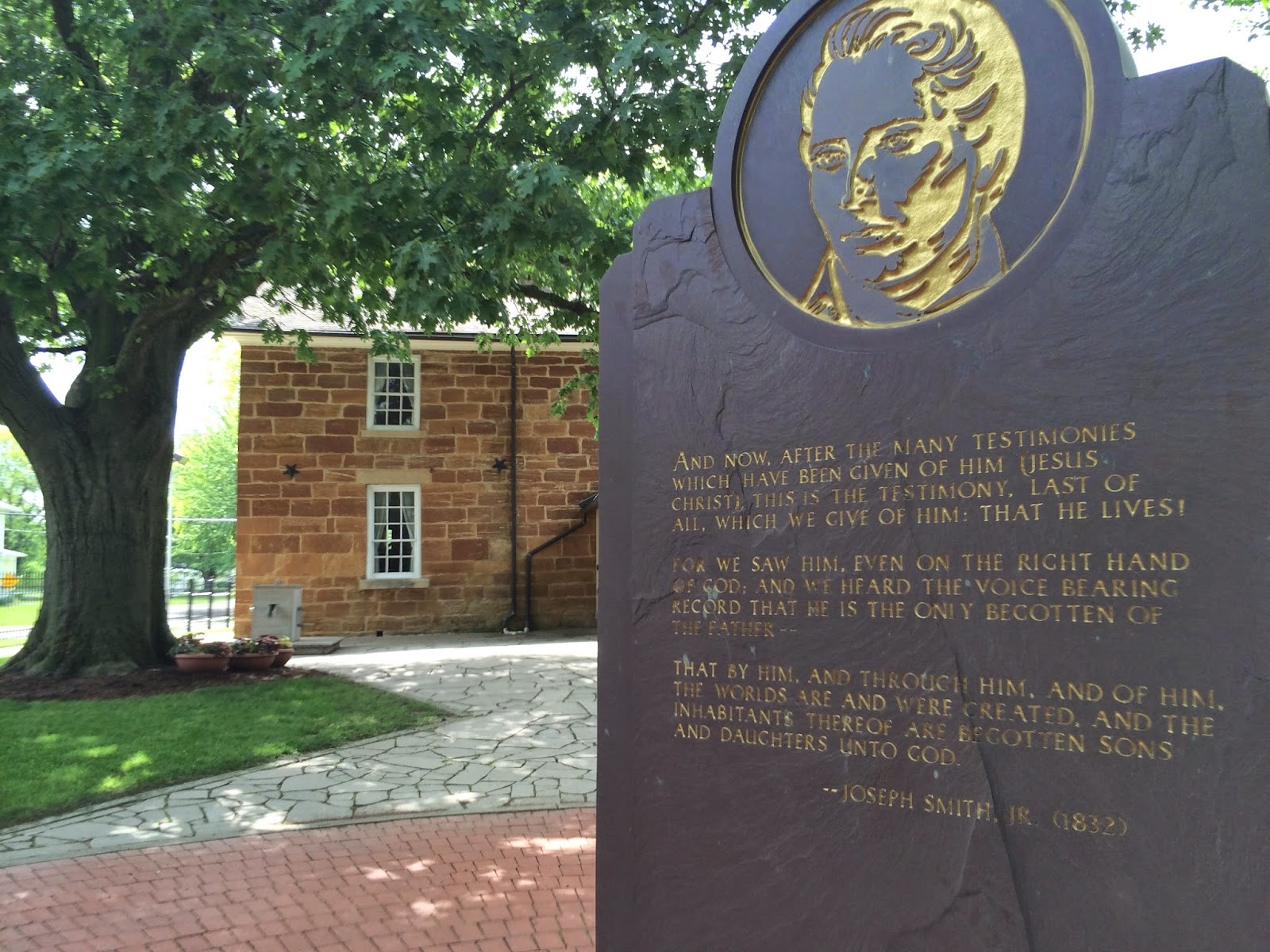 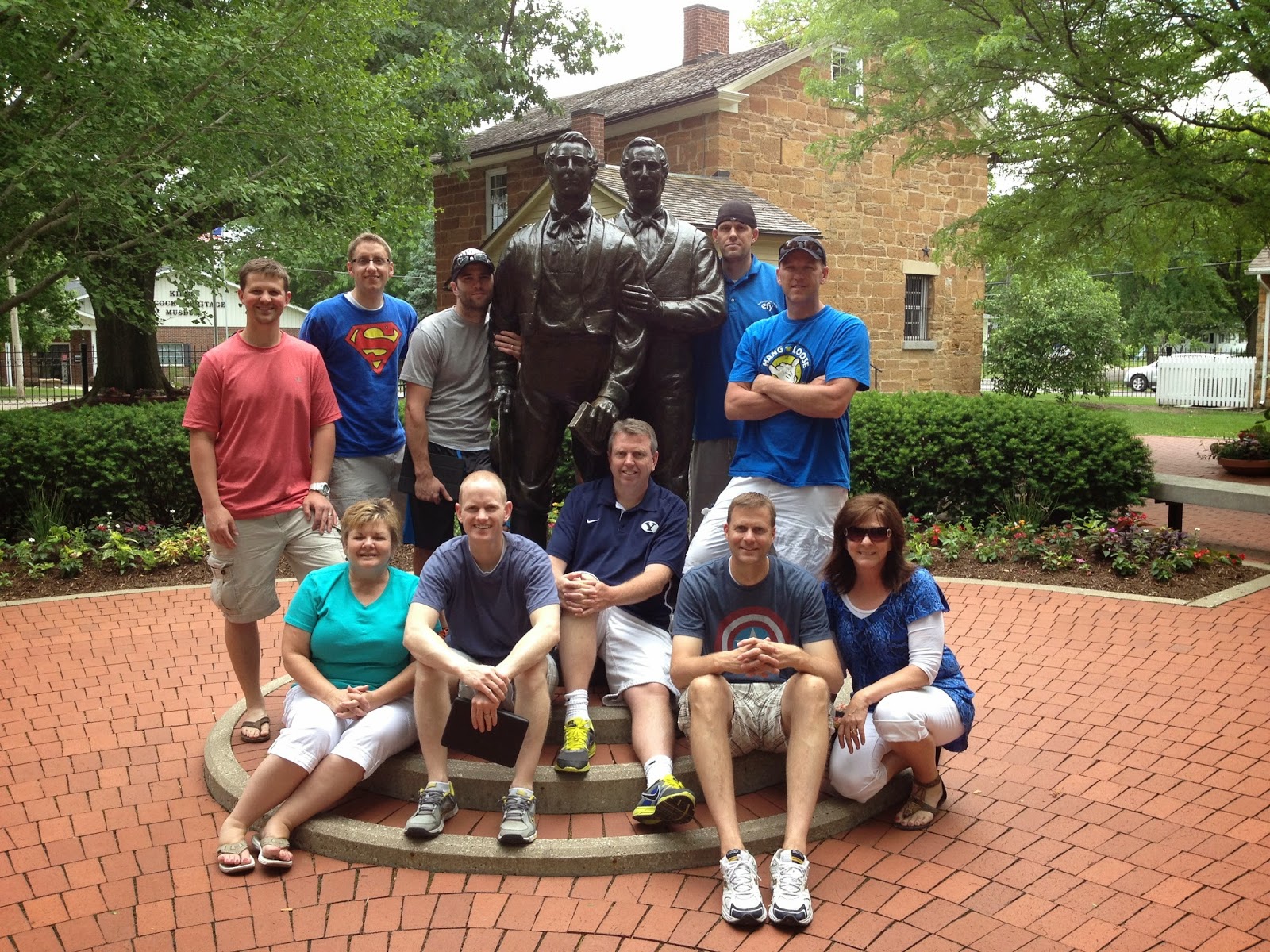 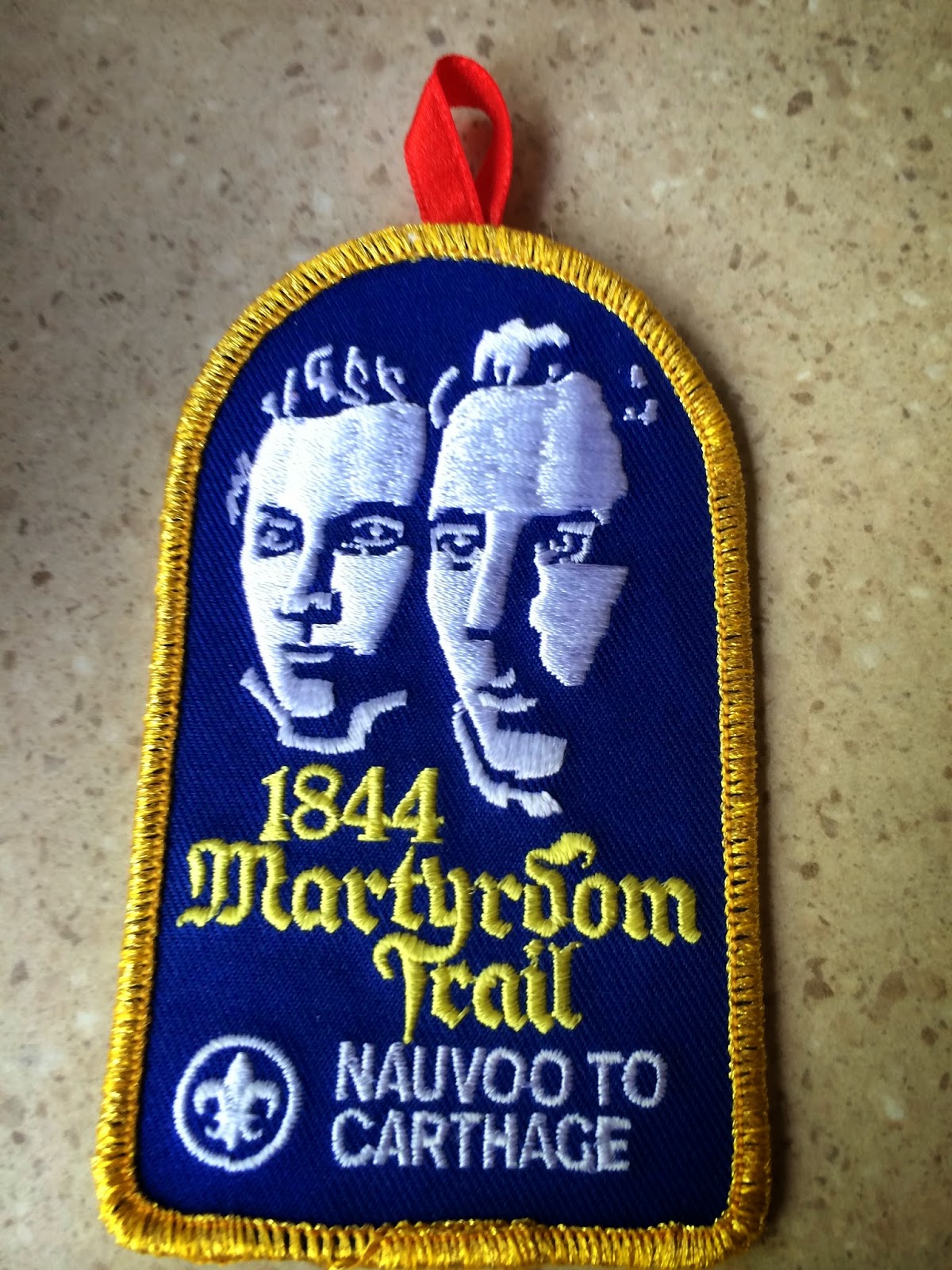 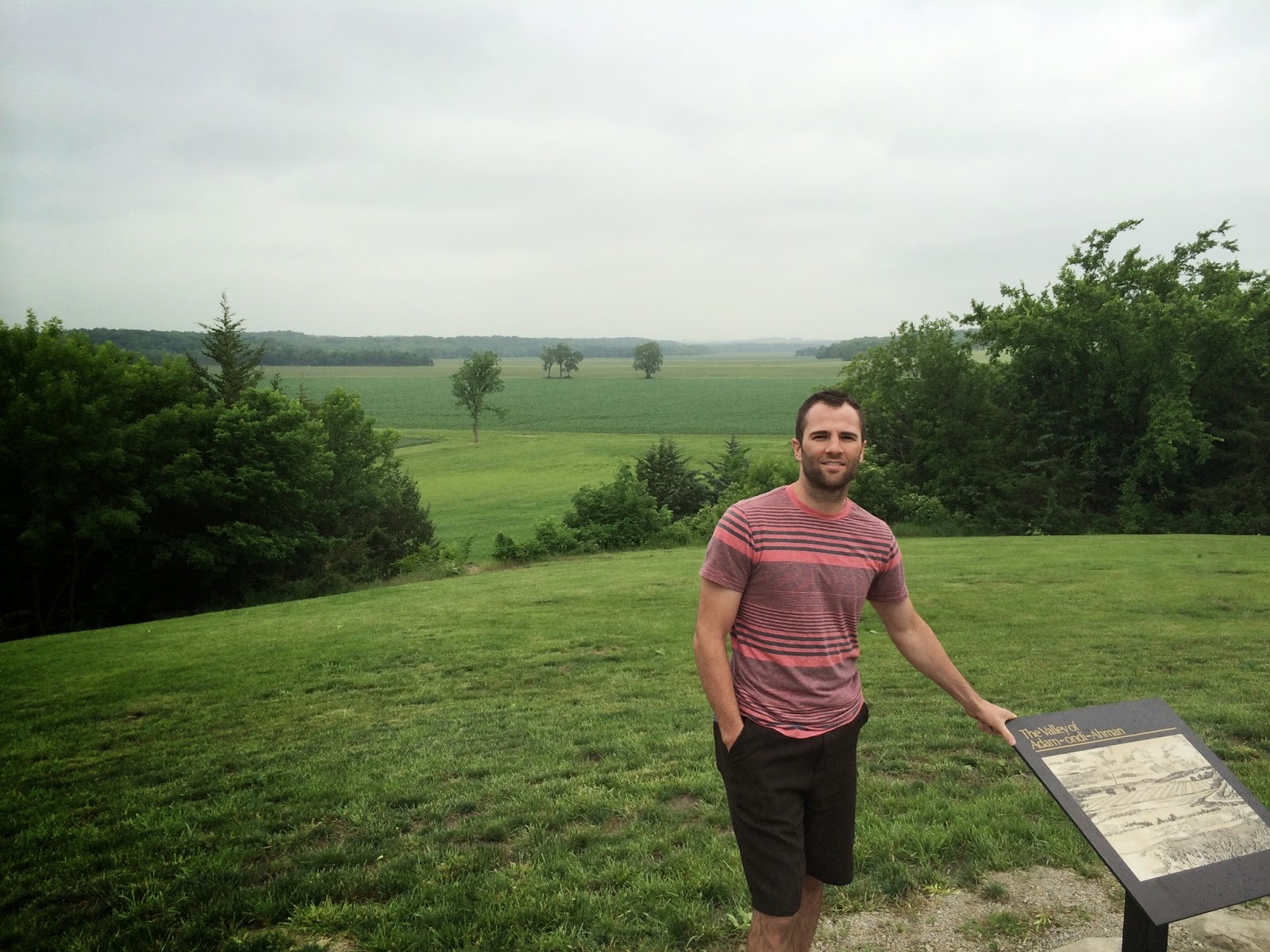 8. Adam-Ondi-Ahman. You would not know this one unless you are Mormon. So we believe in prophets right? Also meaning that we believe that God reveals his will and words to prophets just like old times (Amos 3:7). The reason I am saying this is that through modern revelation we know that when Adam and Eve were driven out of the garden it was here that they lived and blessed their posterity. Hence the name means place where Adam dwelt. But as added awesomeness we know that the Savior Jesus Christ will appear here to a righteous gathering of his saints prior to his second coming. This was my first time visiting here and this valley just happens to be one of the biggest most beautiful hidden gems I have ever seen. I loved this experience because all of the places visited on our trip until know where places that were significant in the past, but this one had an incredible feeling about it because of what will happen in the future. I love love loved this sacred ground. 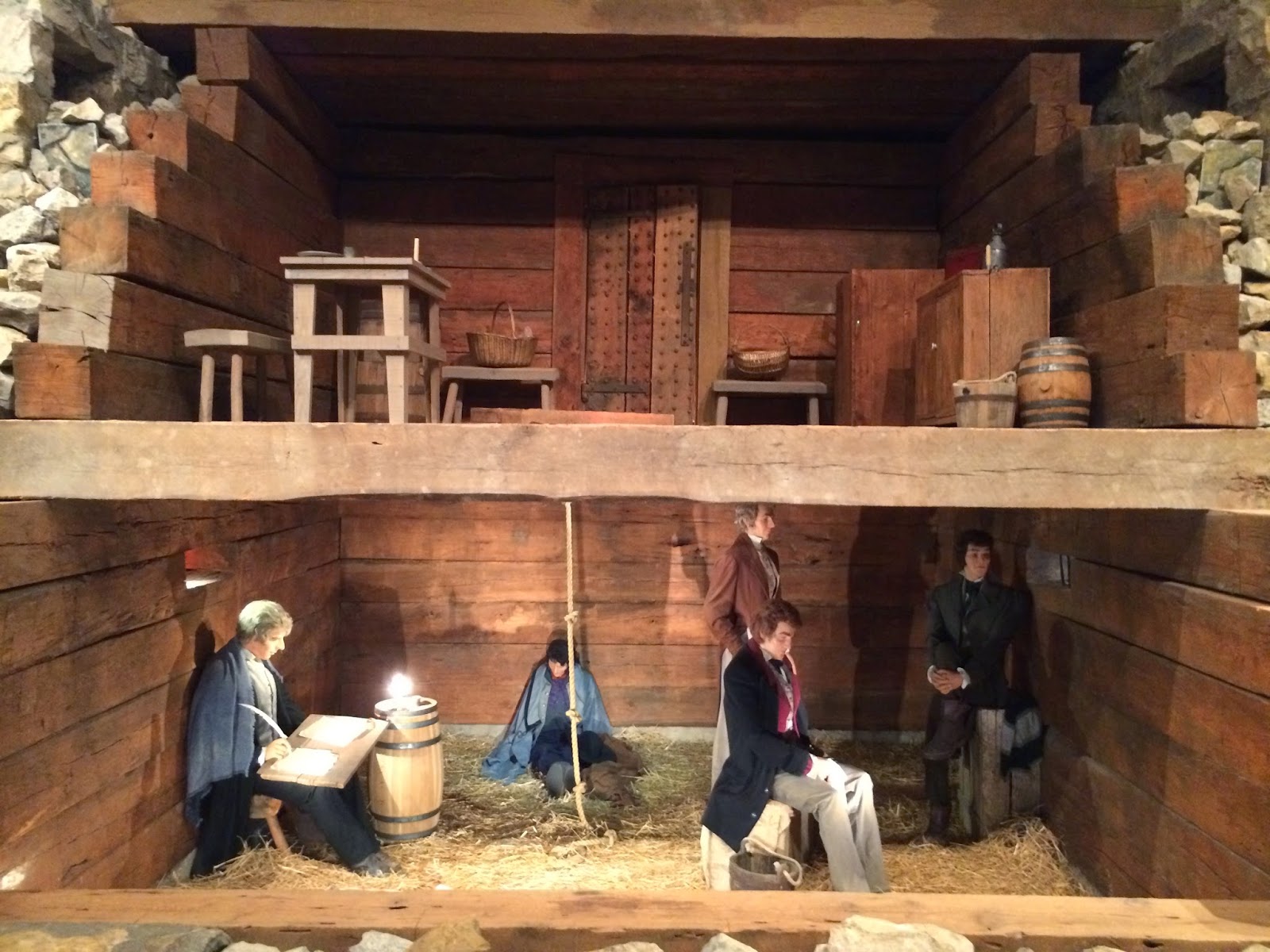 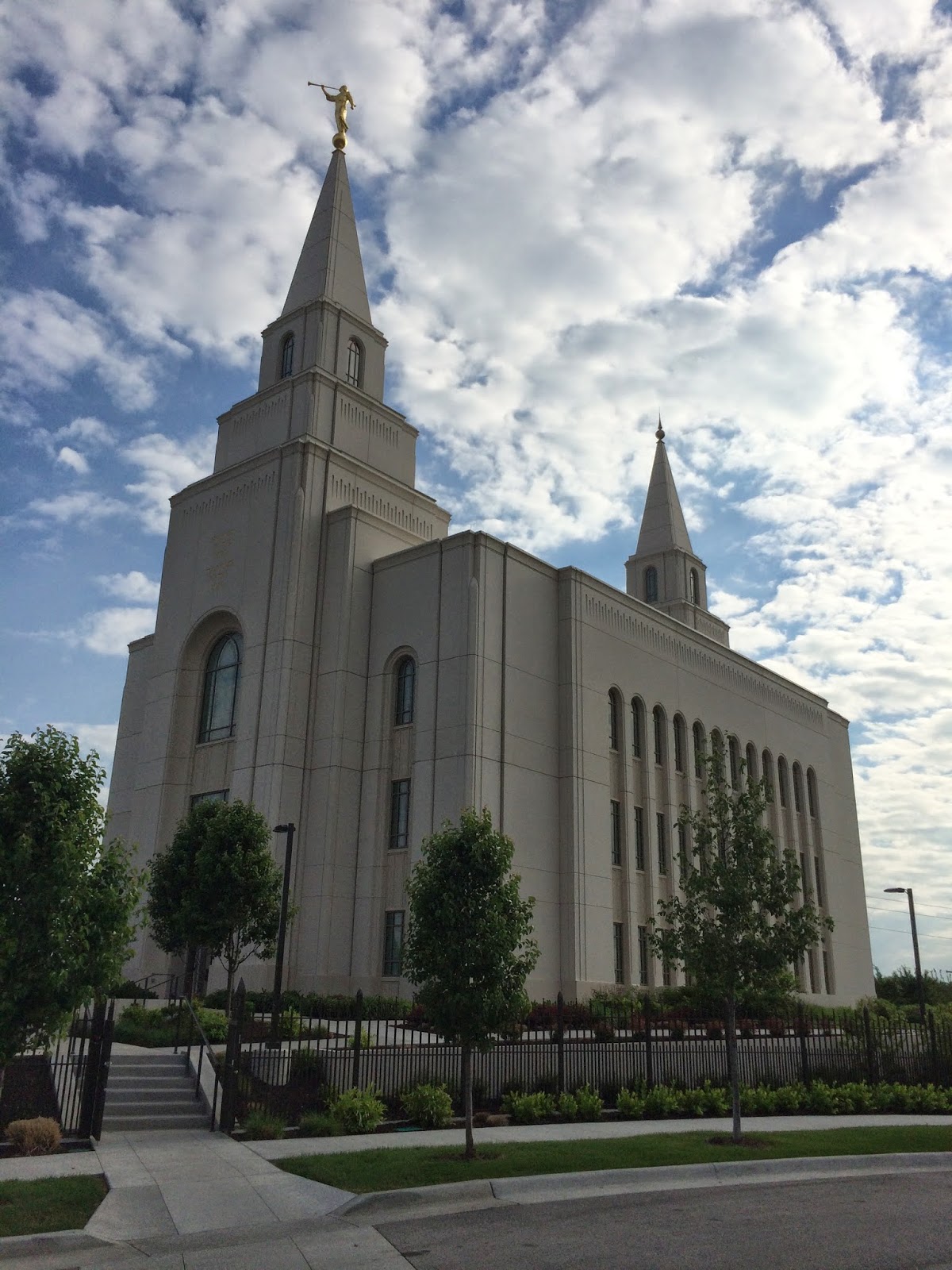 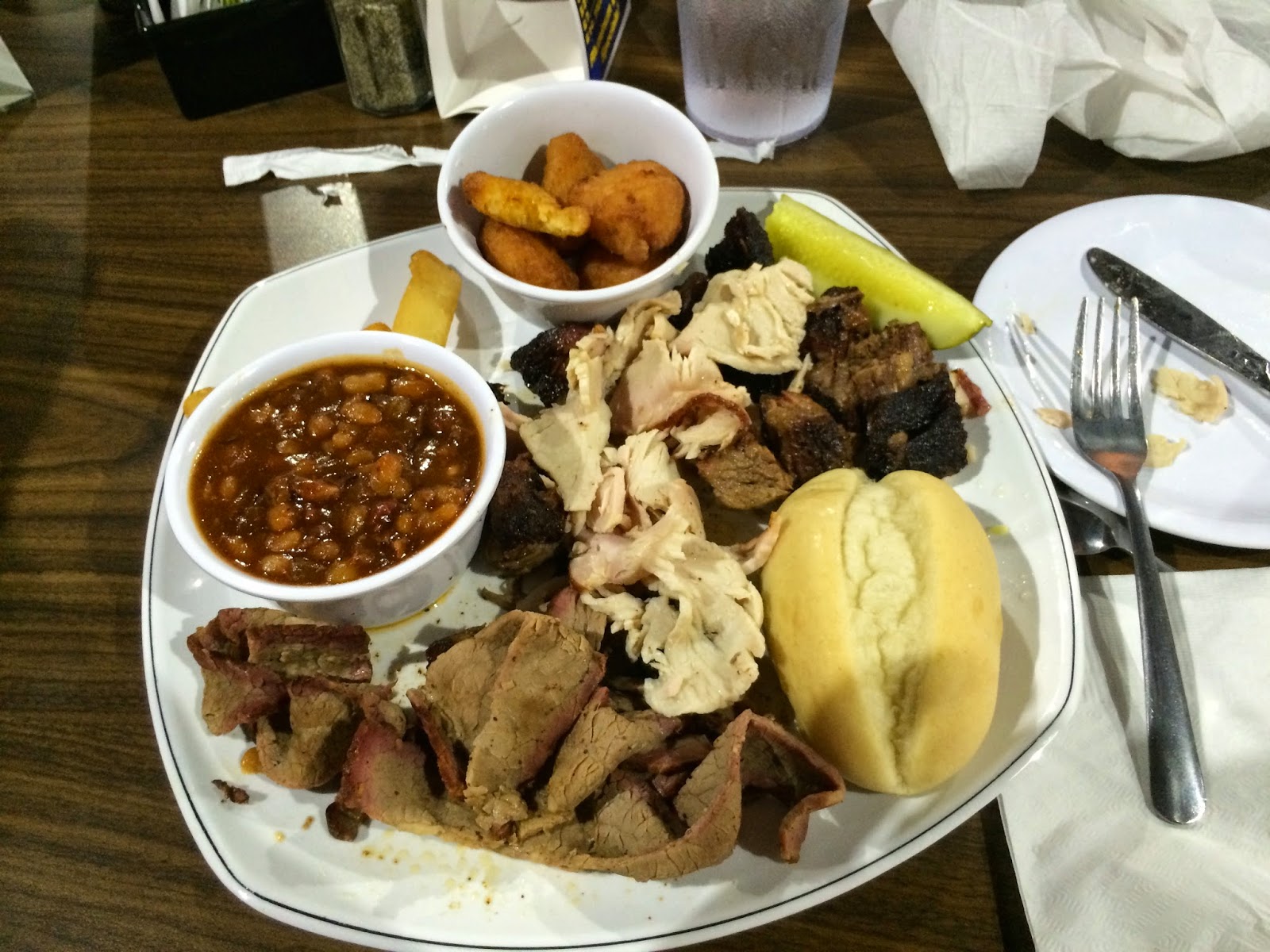 9. Smoking Guns BBQ. So at the end of our trip I was put in charge of finding a good place for us to eat. The area I had to work with...Kansas City. No small thing. Through quick research I found this award winning BBQ place in the city and we were ready to put it to the test. When we walked in ribbons covered every wall with a signed picture of Guy Fieri the food dude endorsing this bbq joint. We all ordered their most famous plate and lets just say this was pretty much a sacred experience...when a famished group of grown men unite with burnt ends brisket, pulled pork, smoked turkey, smoked beans, mac and cheese...we were in heaven...literally that's what they eat in heaven we discovered that day. I won some props from the fellas as we cruised away on clouds...until what happened next....all that changed


10. Camp Down Under- Missouri. Let me first say that I hope no small children are reading this blog. Just beware that this next part had 9 grown men shaking in their boots. First of all you have to know that one seminary teacher wasn't actually able to make it on this trip and he happened to be the one that set up the campsites we stayed in. He set up this last campsite because his family stayed here 10 years previous and loved it. So previous to our trip we had read about and seen pictures of this last site we were going to stay at and we were excited. The website showed a nice lake to swim in, mini golf, paddle boats, playground etc. This place was legit. Wrong. Those pics must have been 10 years old. I cannot describe what happened when we pulled into this campground in the middle of nowhere Missouri at dusk. I hope this video we put together can do it justice. Every horror film you have ever seen in one place.


Moral of the story...don't take their kids there...unless you don't want to see them anymore. And any place where grown men have to use the buddy system to go to the bathroom cross off your list. 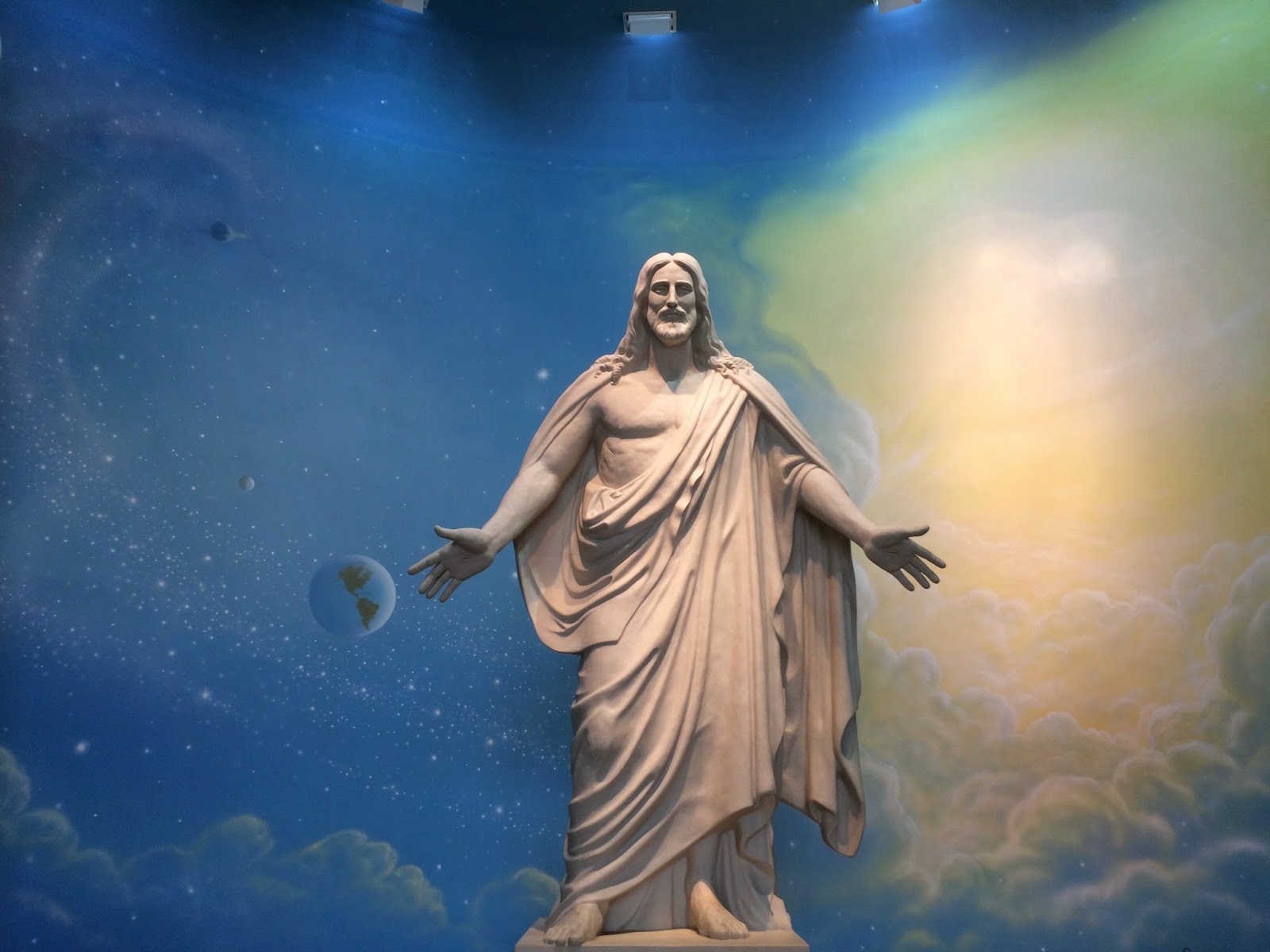 I cant end on that so let me just describe our last day in Missouri. We were able to visit numerous sites this last day, mainly around the area of Independence. Here is where latter-day saints know through prophetic revelation that the New Jerusalem spoken of by Jesus Christ throughout the scriptures will be built. Here he will reign personally during millennial peace and much temple work will be done. It is a very sacred place to us but also to a couple other churches as well. This area is shared with other faithful religious people who were a delight to talk to!

Overall this trip was epic. And I learned something incredibly important. I was taught family is the most important thing in the world to God and it should be to us. We should sacrifice everything to bring our families closer together and closer to God. The early saints we learned about knew this and they taught it to me. I'm forever grateful for those men and women who went before me to establish the foundation I am now able to stand on. I am thankful for their sacrifice and hope I can live up to their legacy and do the same. Sacrifice brings forth the blessings of heaven!