Oh my favorite little boy is 2 today!! Winston is the life of our family , he is most terribly and terrifically two. He is the most intense little human I have ever met, when he is happy he is bubbling over with joy, if something is funny it's gut-bustingly hysterical, when he is mad its a raging  fury and there is no such thing as tired only utterly exhausted. He is his fathers little mini me and busy busy busy. He constantly asks if we an "go bye bye in the car" and will ask to go to the museum, store, or the doctor if he's feeling like he's been cooped up too long. We spend our time dancing to his favorite songs, playing basement baseball, reading lots and lots of books, visiting the park, and trying to keep his iPhone obsession at bay. He loves the San Francisco Giants, Frozen, Mickey Mouse, Toy Story, chocolate milk and French fries. He could spend hours throwing rocks into great grandma and grandpas pond and has made great friends in his cousin Jakey and his buddy down the street Parker. Hopefully we'll be adding his little sister to that list soon... Milestones include moving to a big boy bed, learning his abc's and how to count to ten, and saying a very simple prayer. He fills our home with messes and happiness. 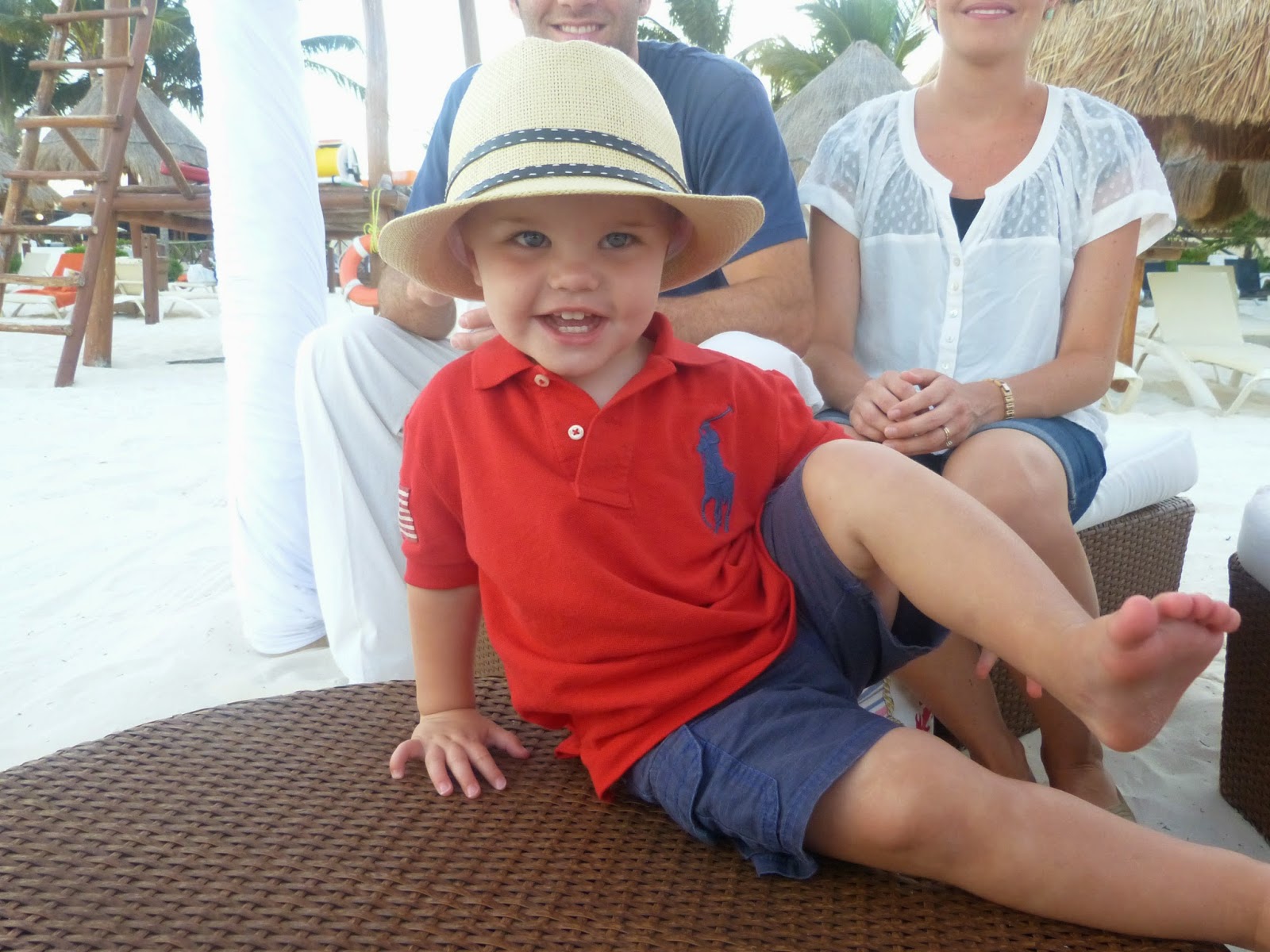 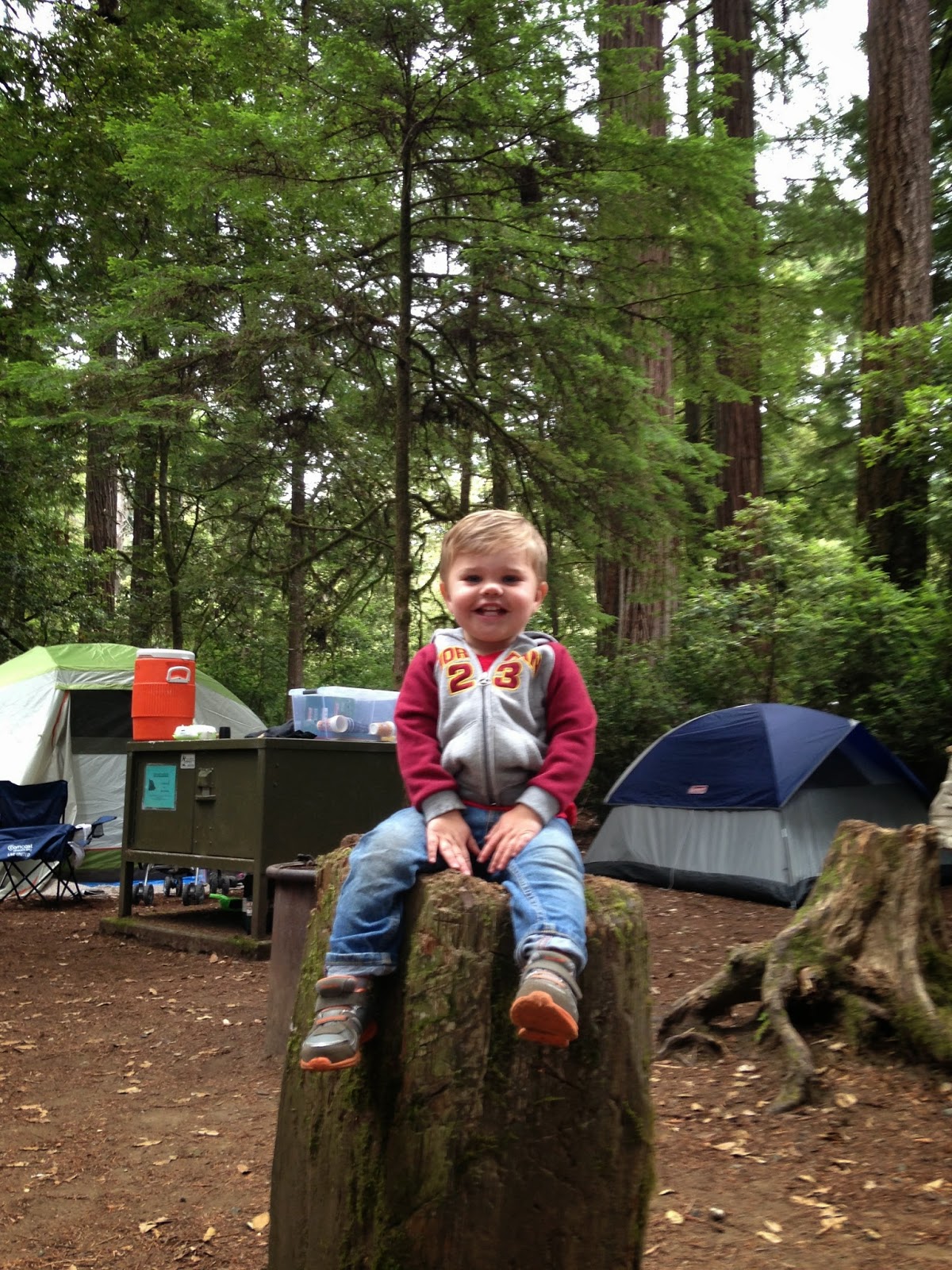 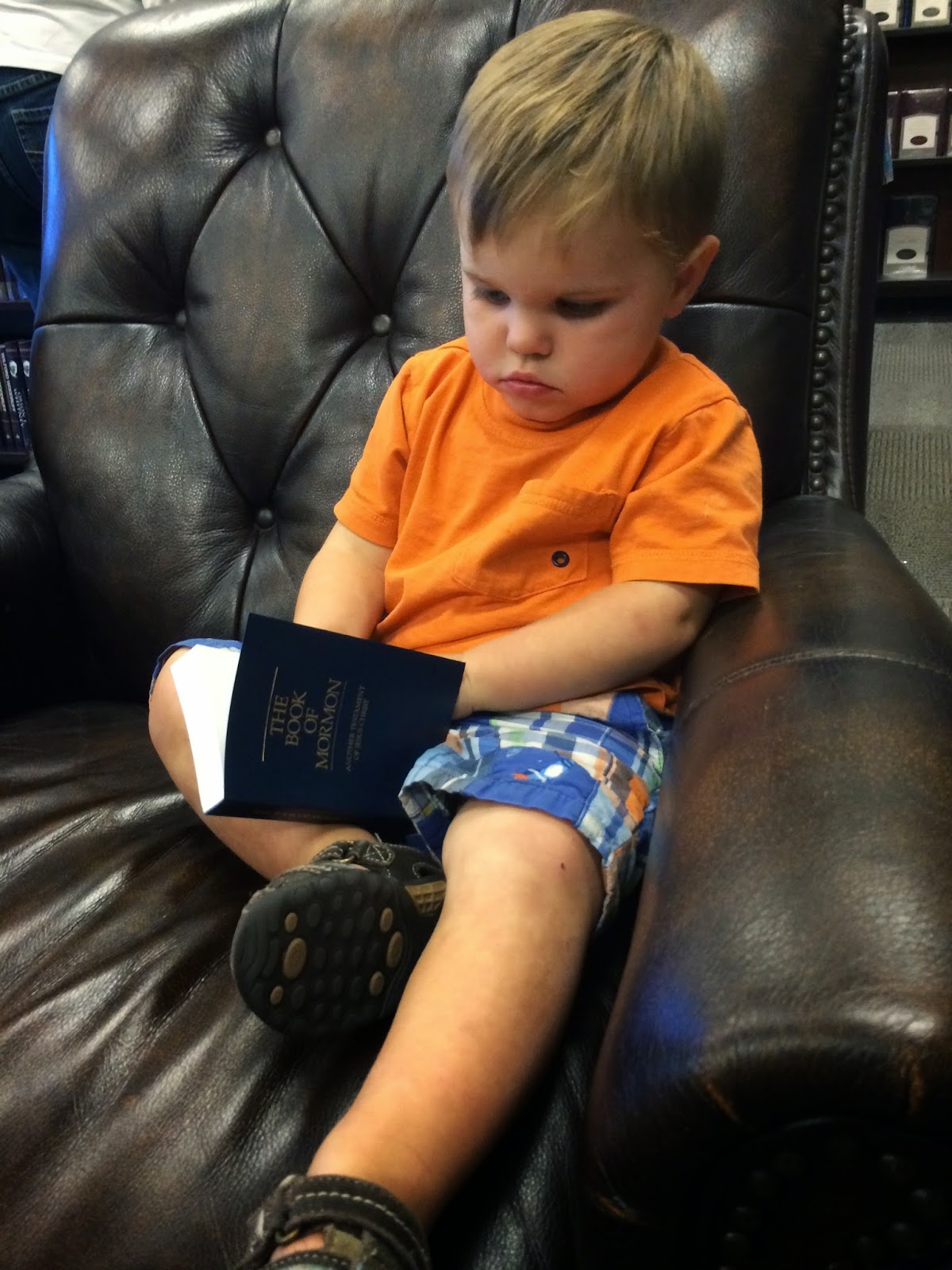 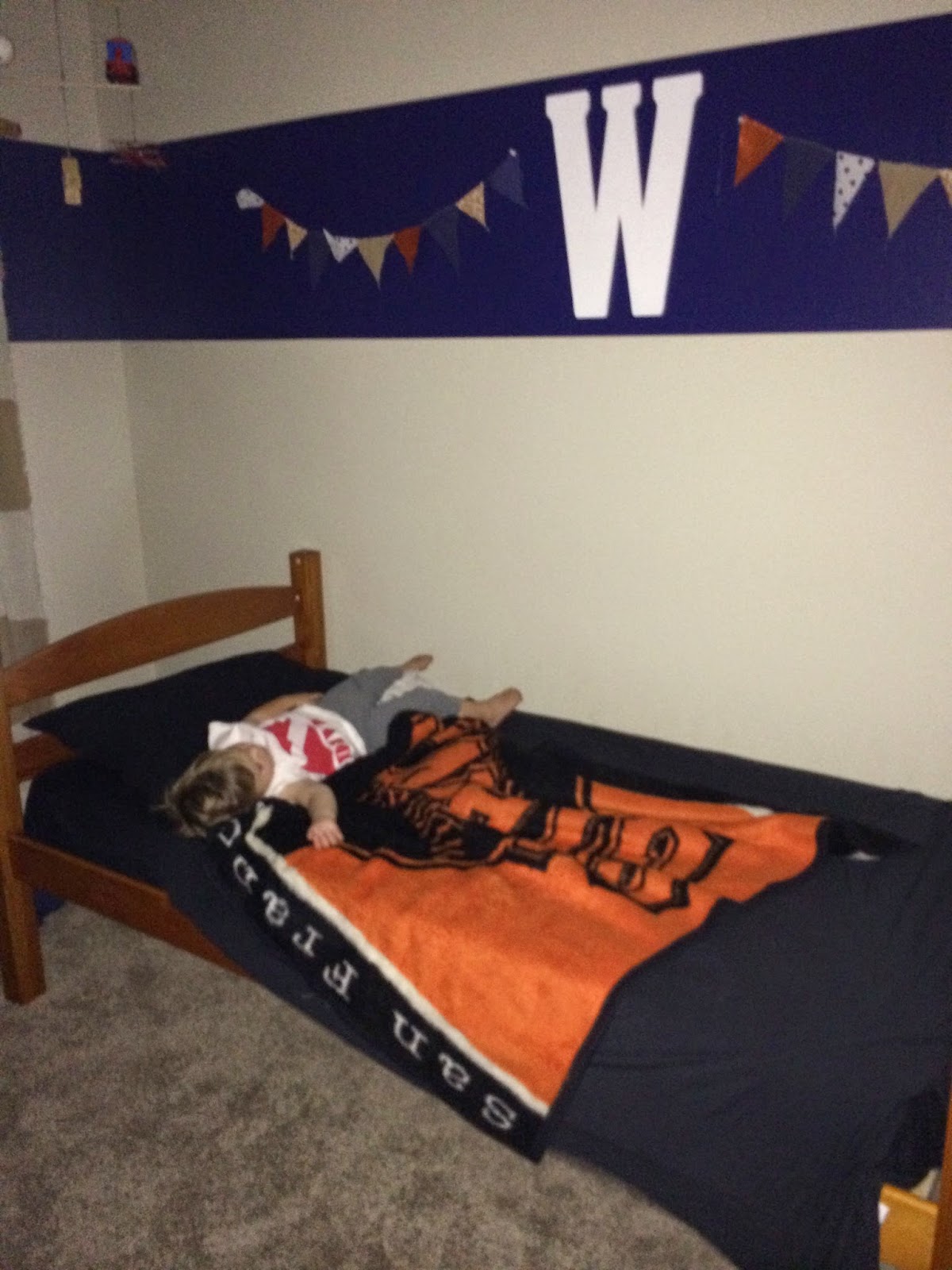 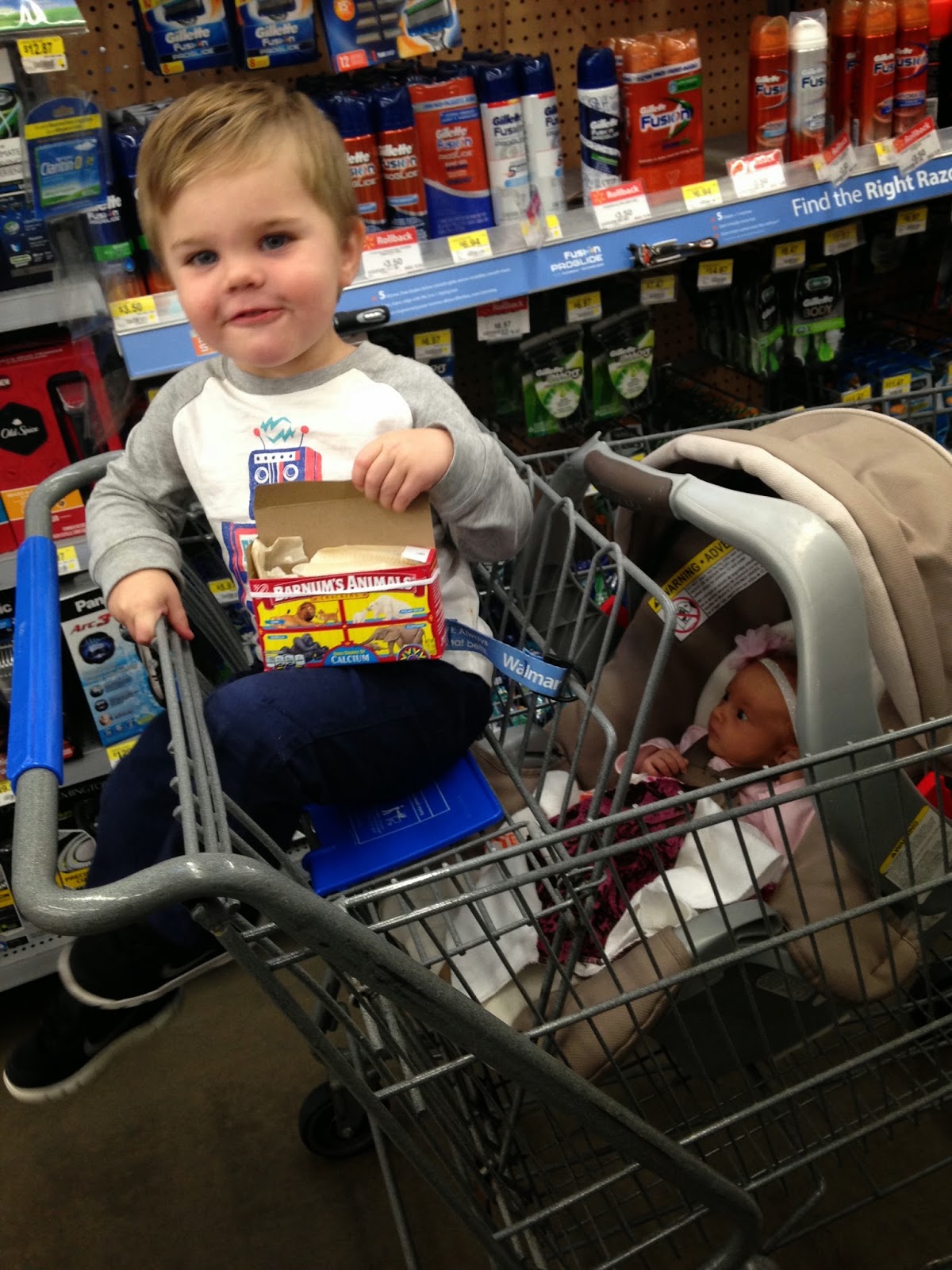 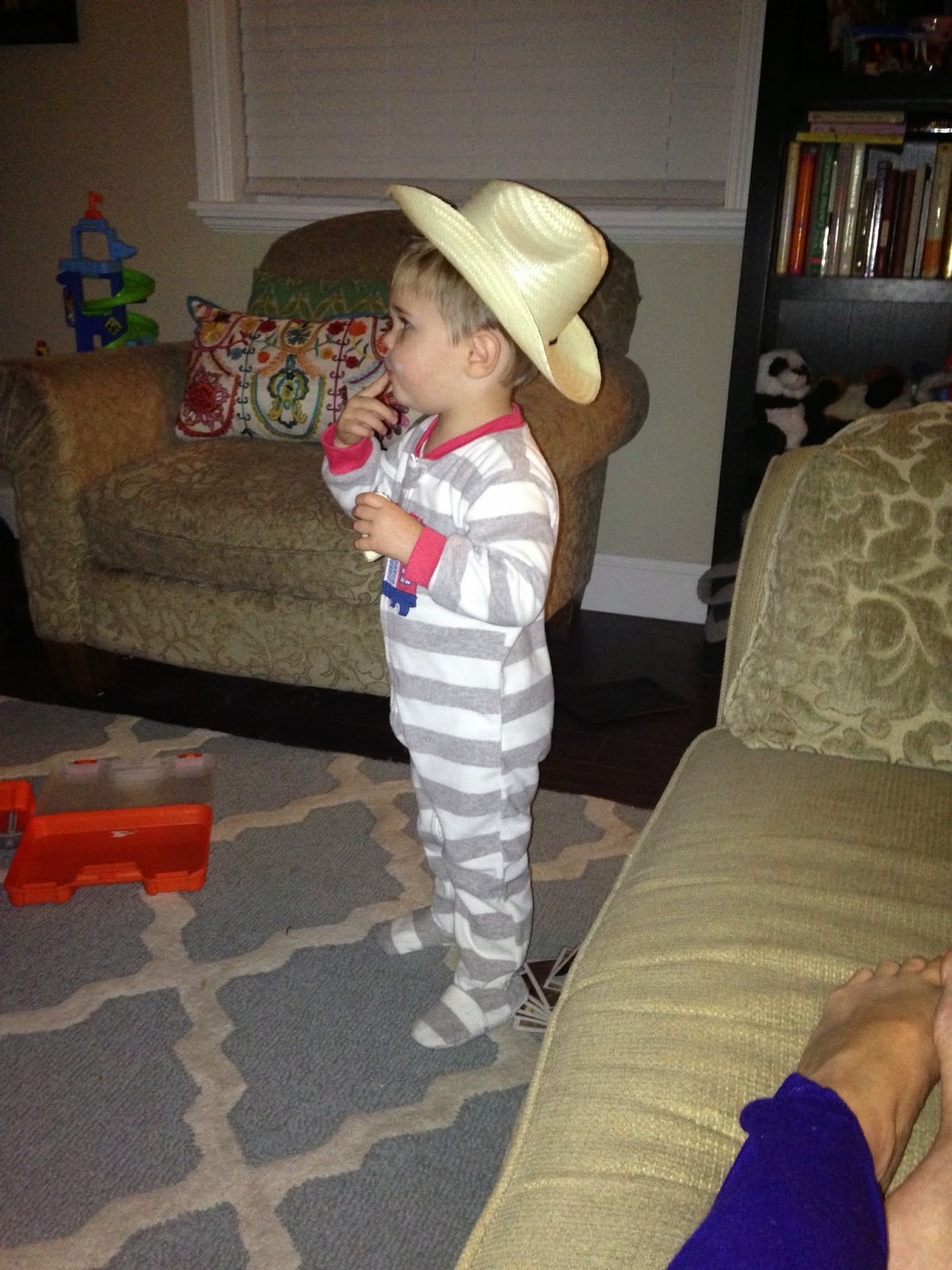 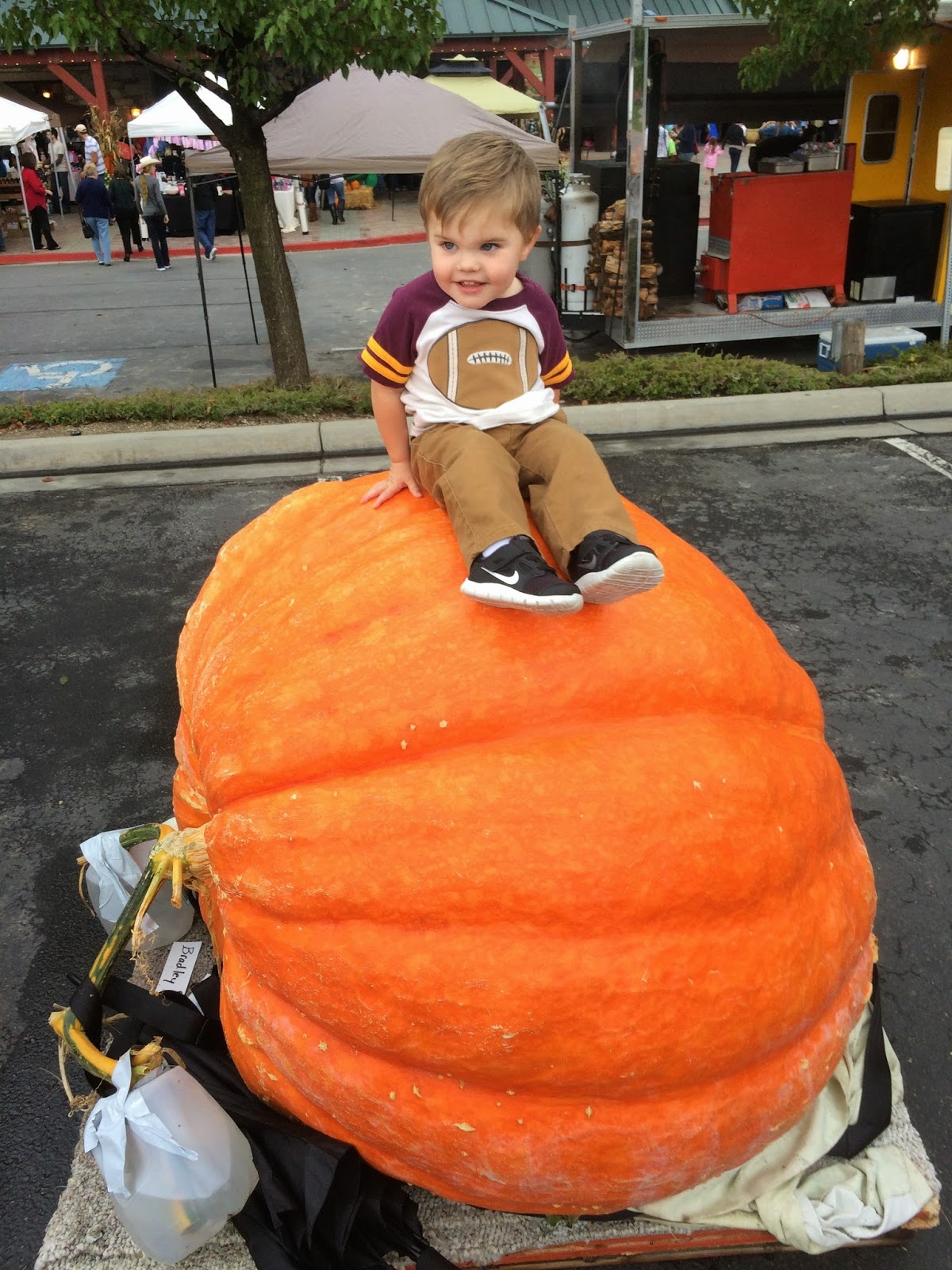 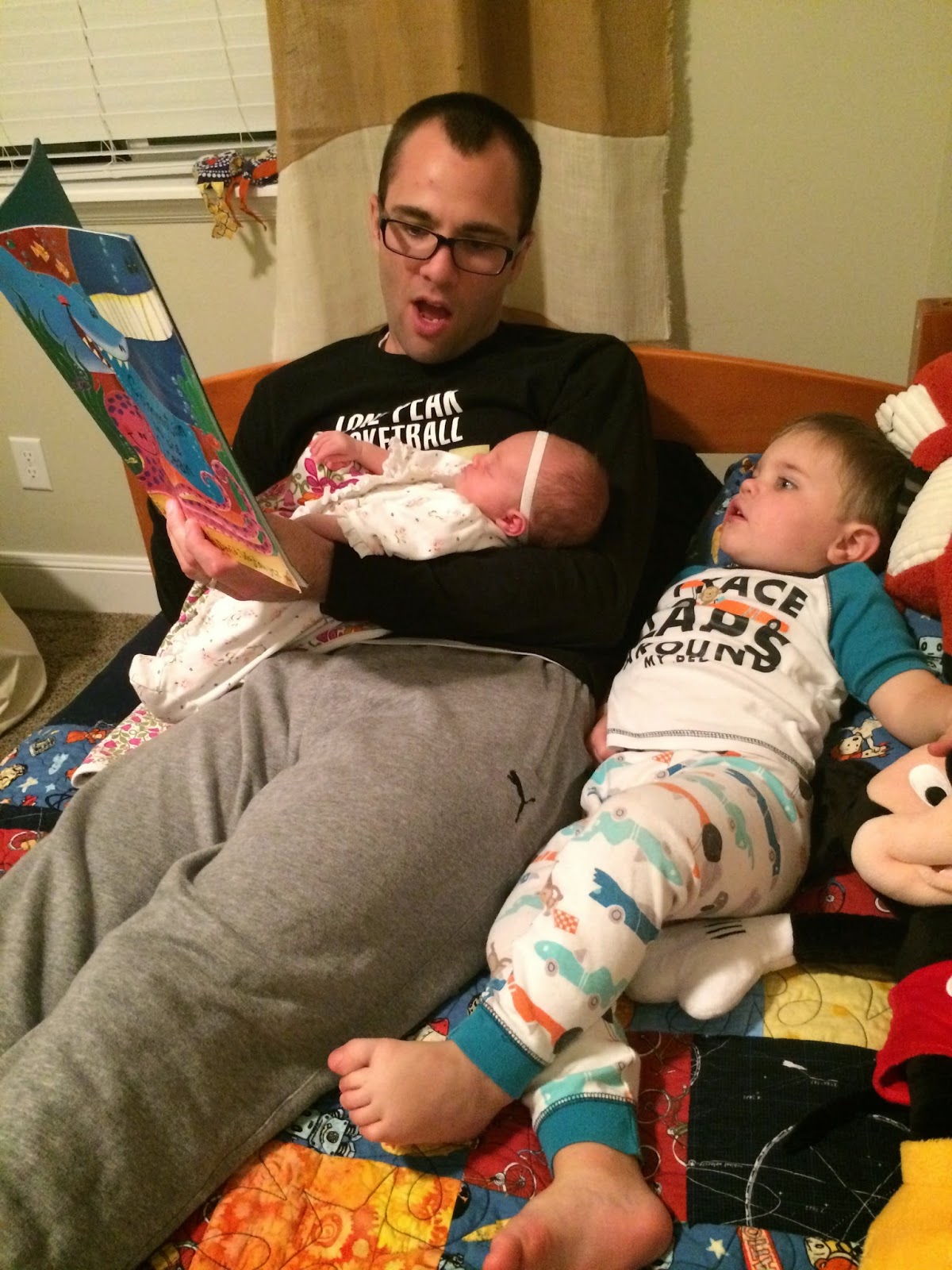 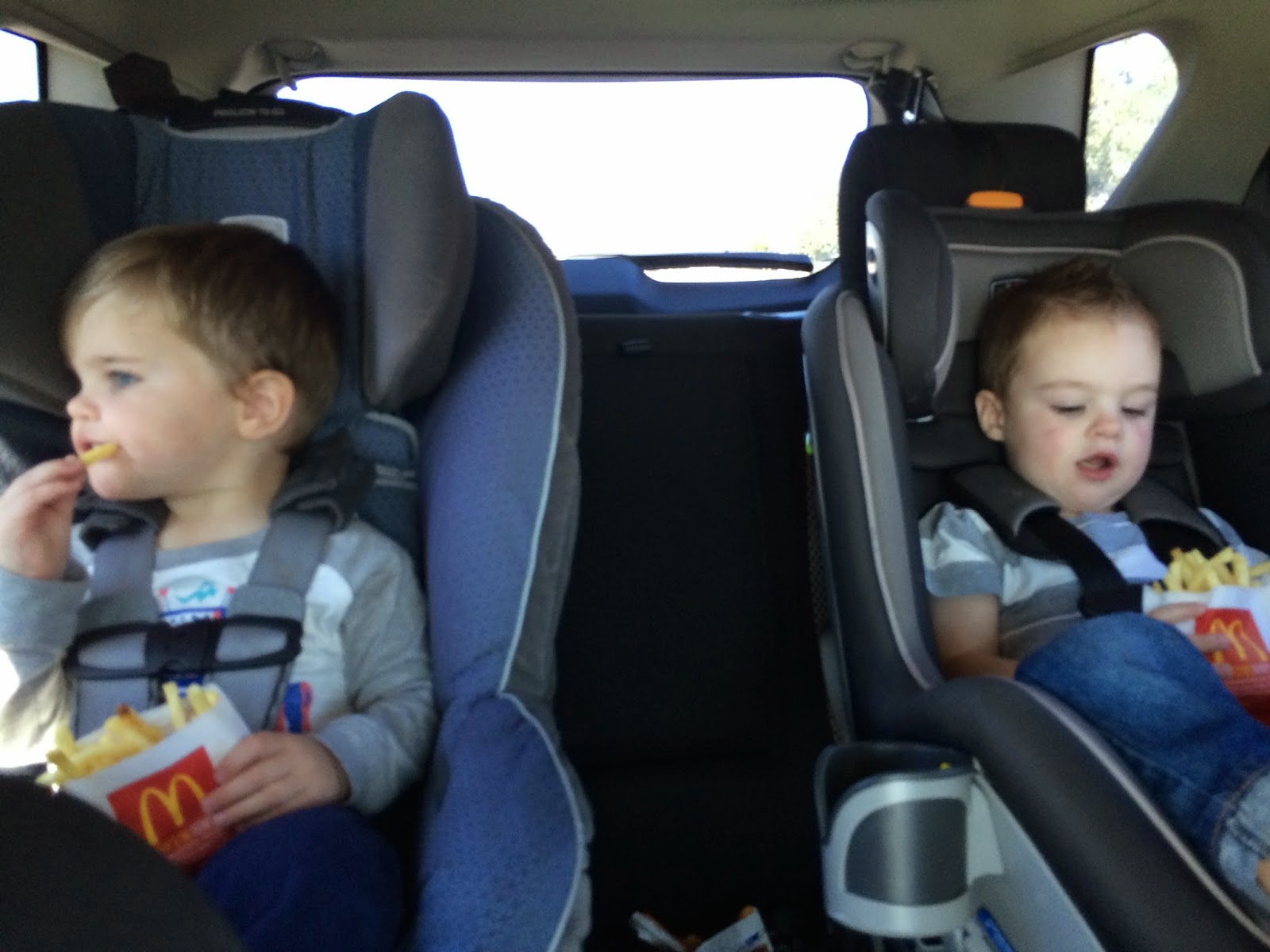 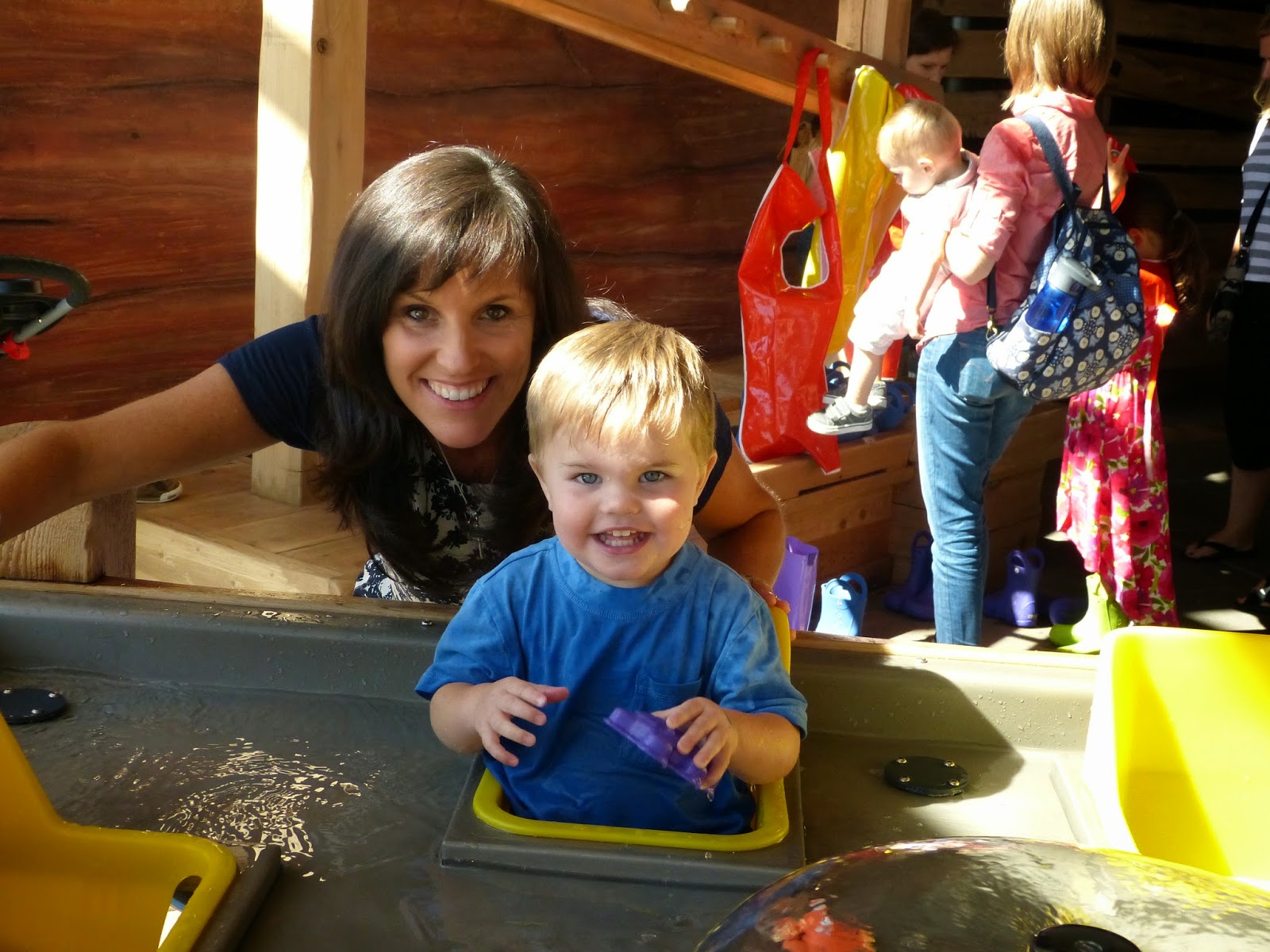 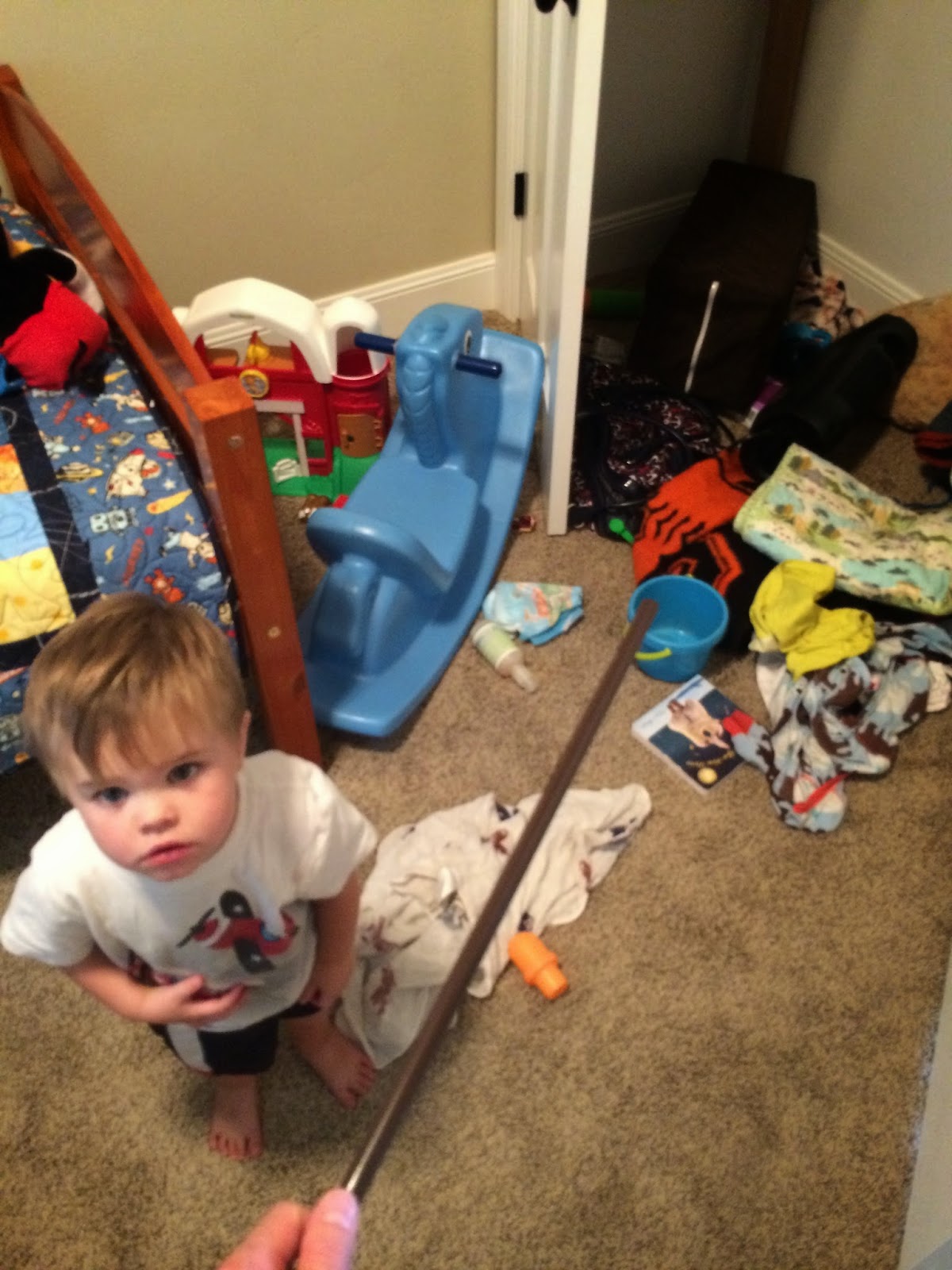 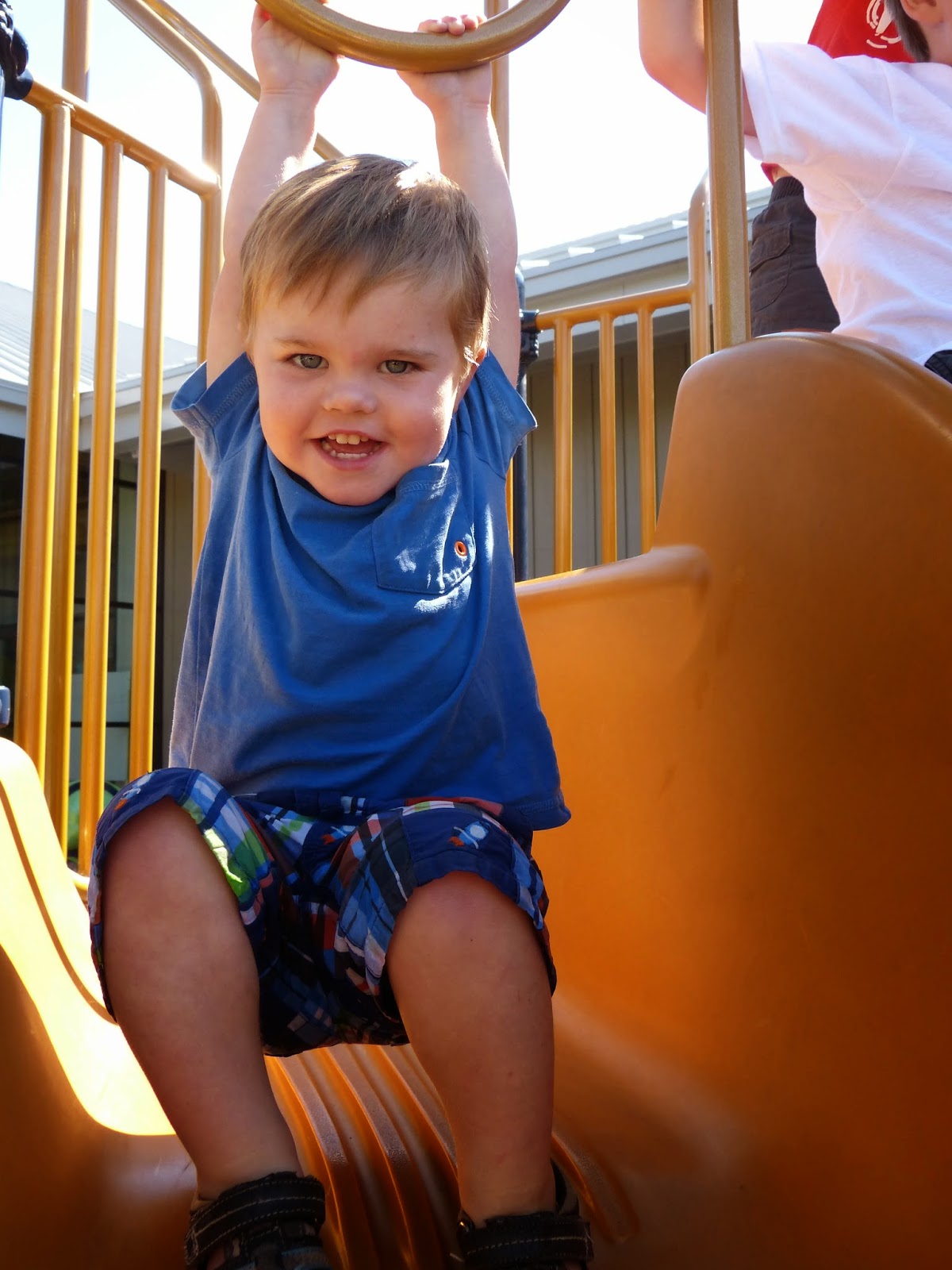 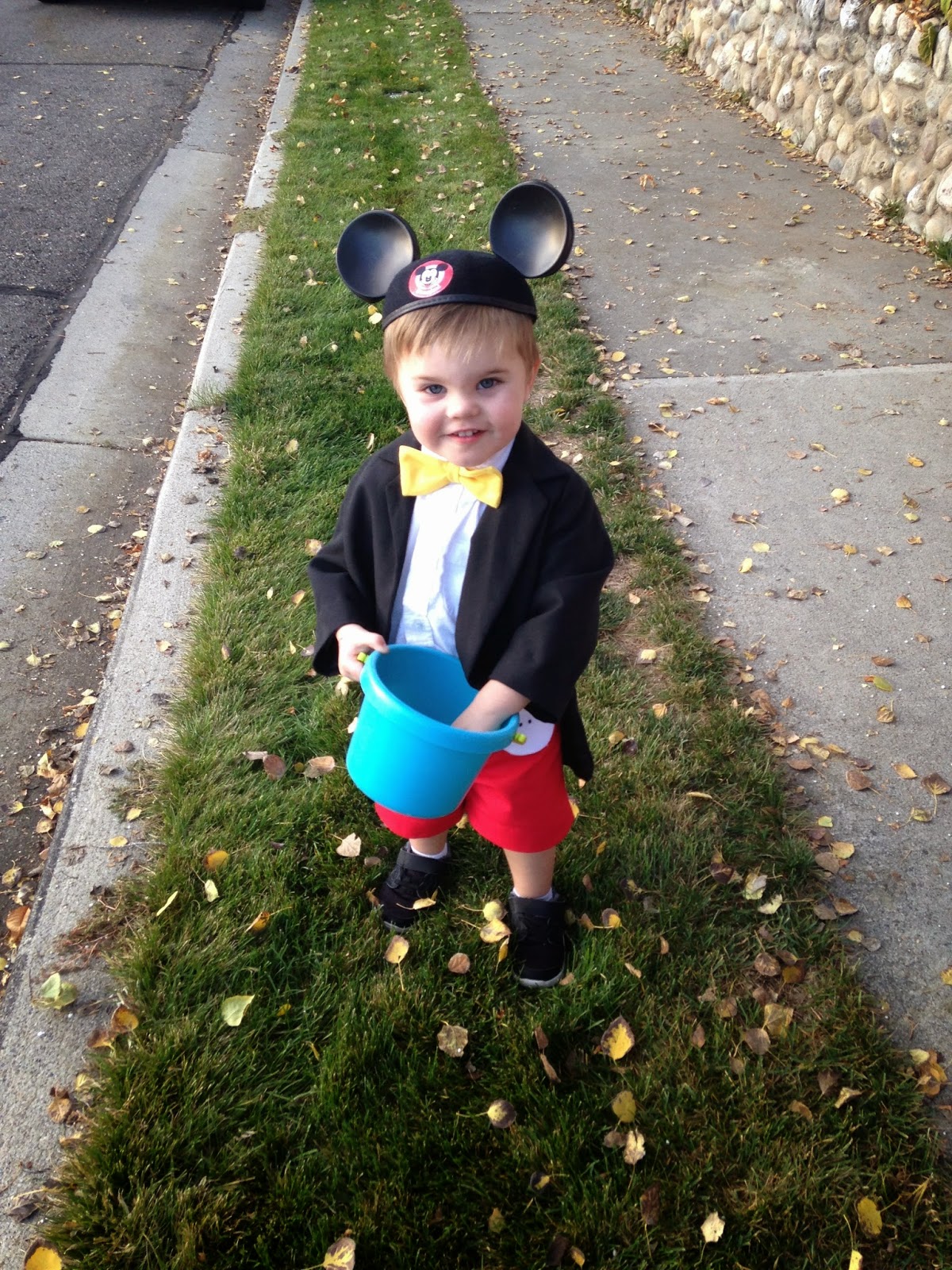 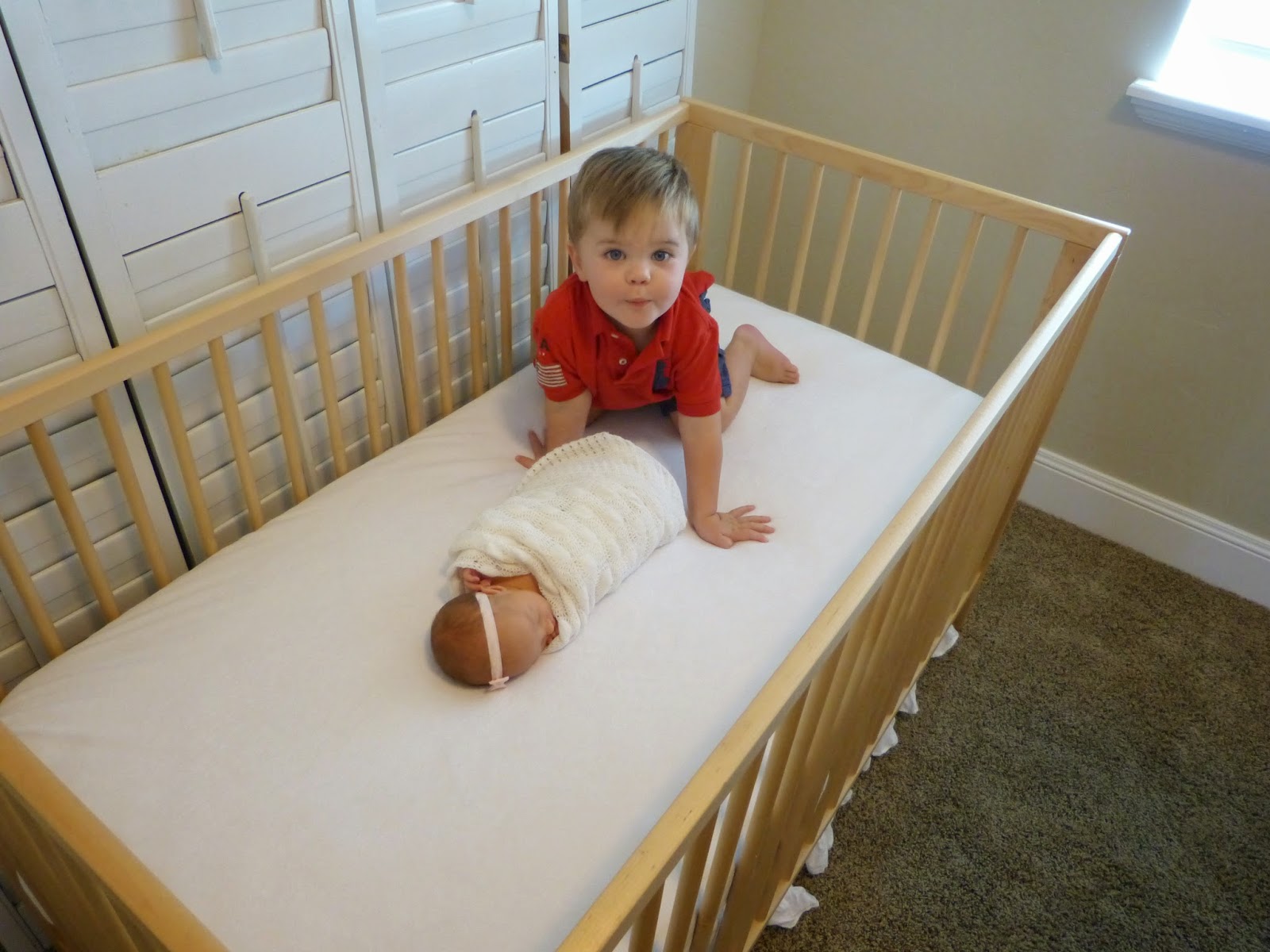 Scariest moment:
We had my brothers and sister over for dinner one night in August and after we put Winston to bed we sat in the living room chatting. We heard a knock at the door and my neighbor came by to warn us that Winston was upstairs dancing in his window sill! We had left the window open to get his room to cool down and he had climbed into it and was banging on the screen and giggling. Thankfully the screen held and the only damage done was the heart attack I had while sprinting up to his room to get him down and lock the window forever.

"Guess what? I love you!" He started saying this on his own several months ago, I don't know where he heard it but now it's something we repeat to him every day.

"Okay." If only you could hear his little voice... This is the cutest word in his vocabulary and he uses it instead of "yes " or to trick you into doing what he wants. And you will fall for it over and over.

There are far too many but here's one of my favorite stories since our last update. I was at Grease Monkey getting an oil change and they had a little candy dispenser in the lobby. I gave him a quarter and showed him how to get some M&ms to munch on while we were waiting. He finished him m&ms and then came back over to me and asked for another quarter but I didn't have anymore. Apparently that was no problem for him, he took my wallet, pulled out my credit card and walked over to the little candy dispenser and tried to jam it in the quarter slot saying over and over "swipe it!" I got a real laugh out of that along with the other guy sitting in the lobby with us! 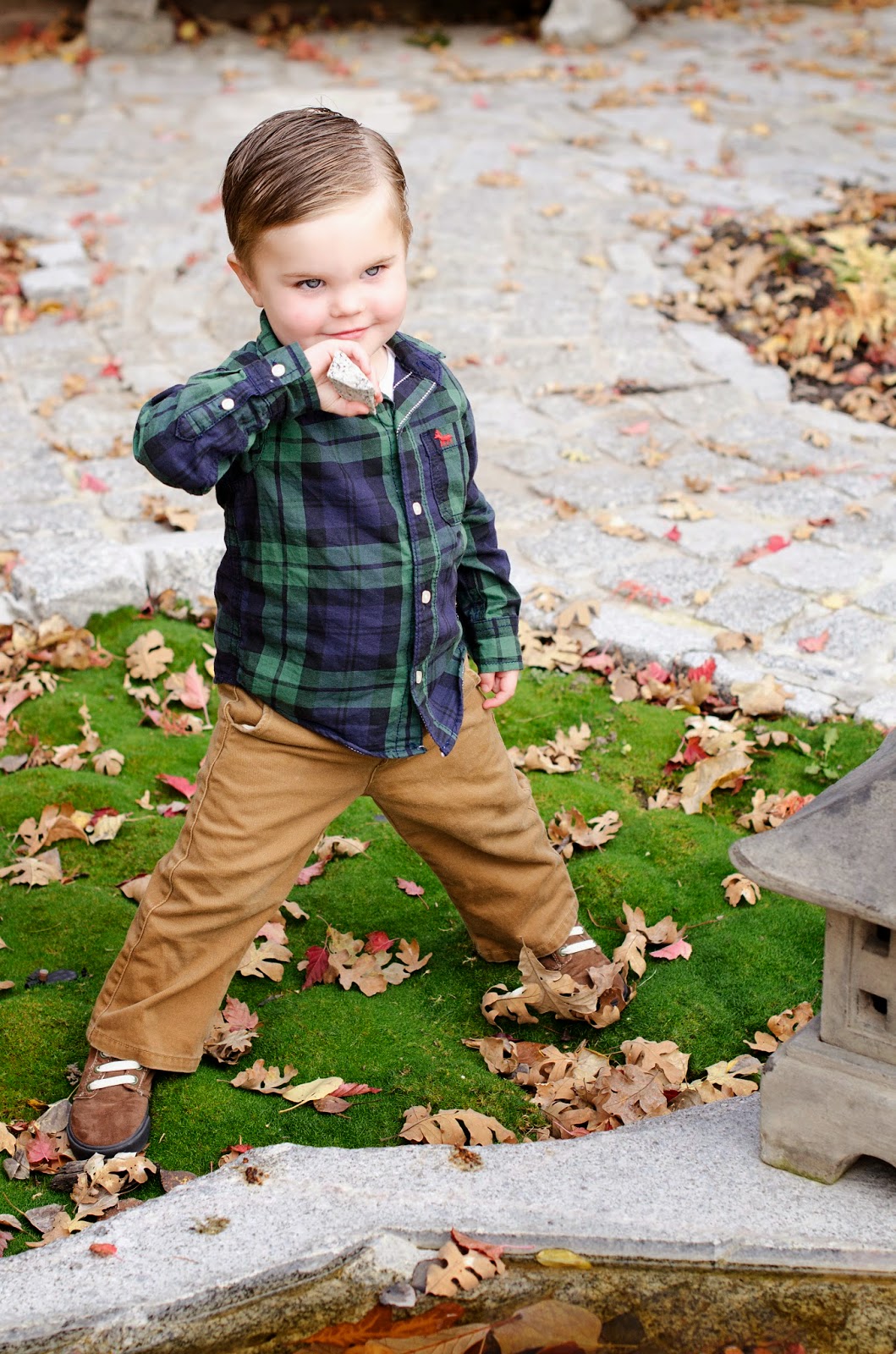 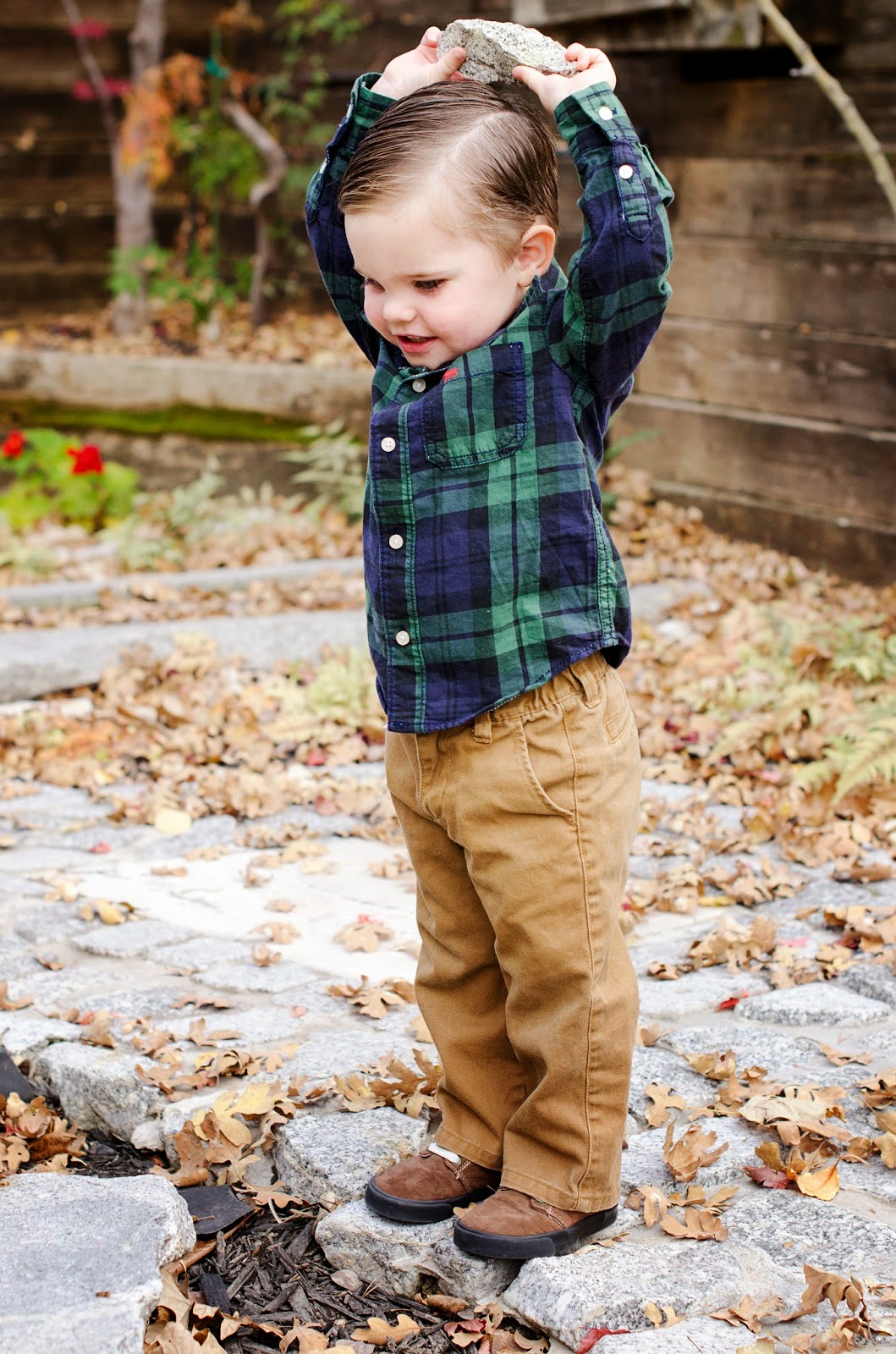 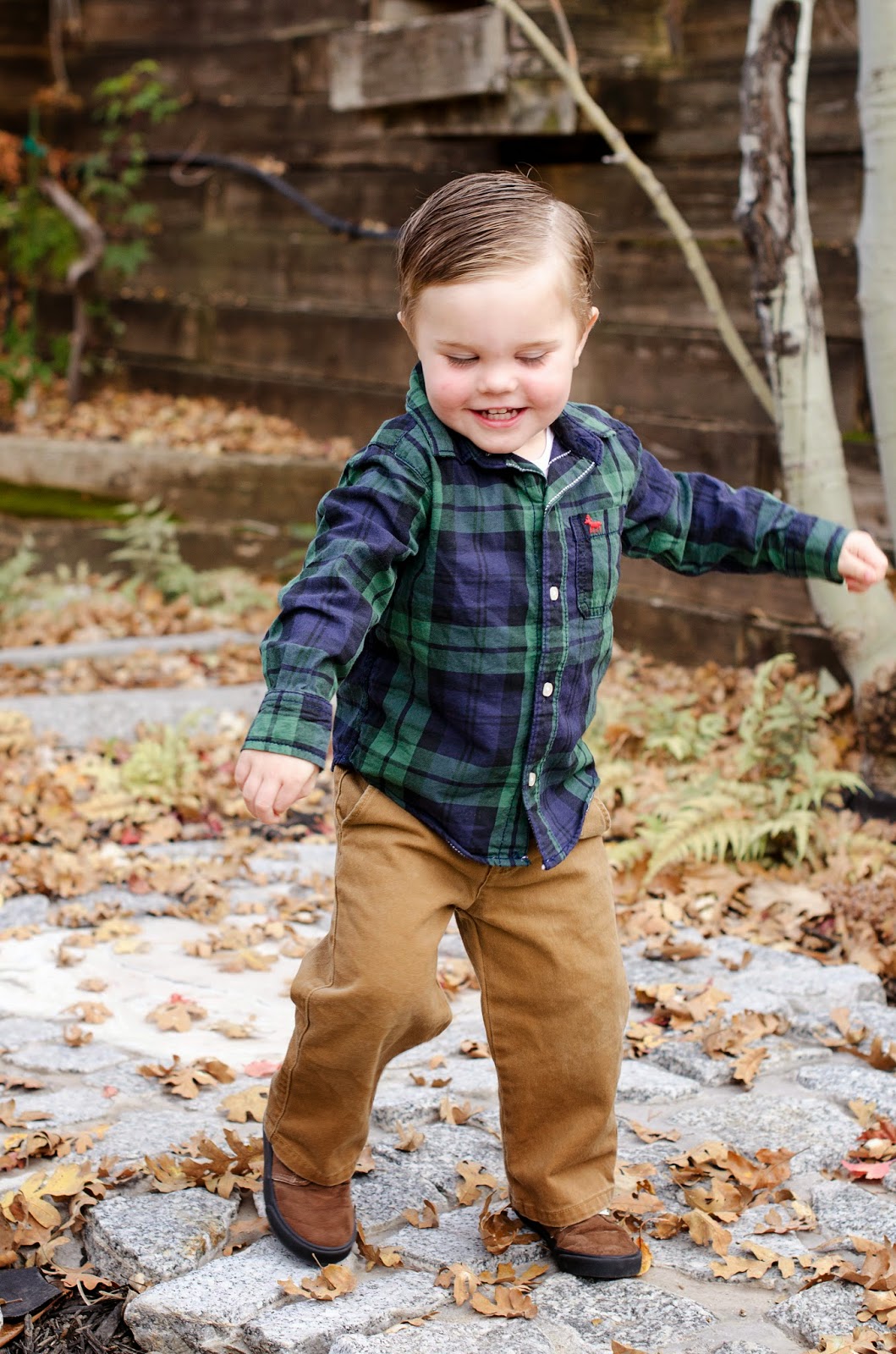 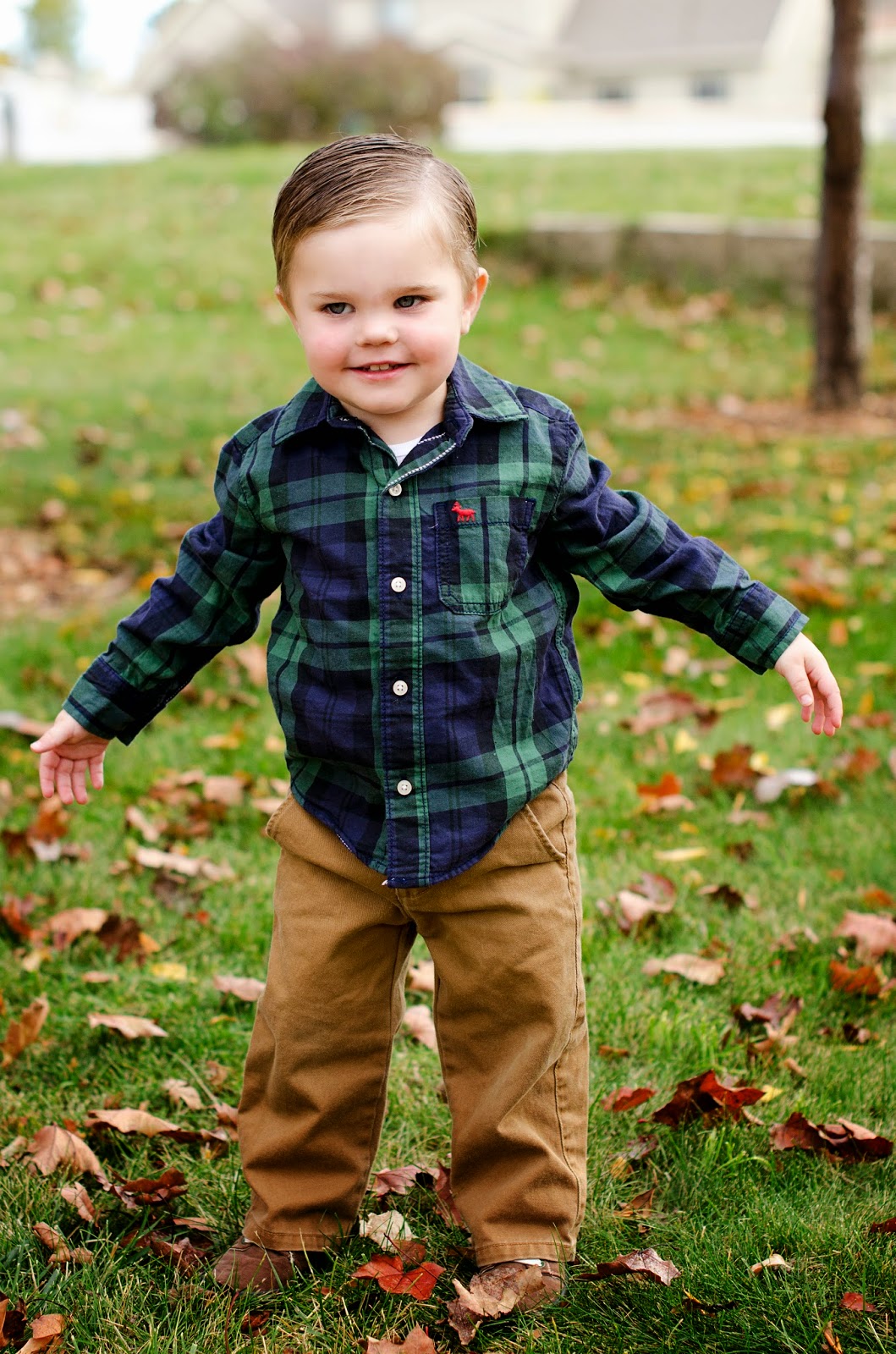 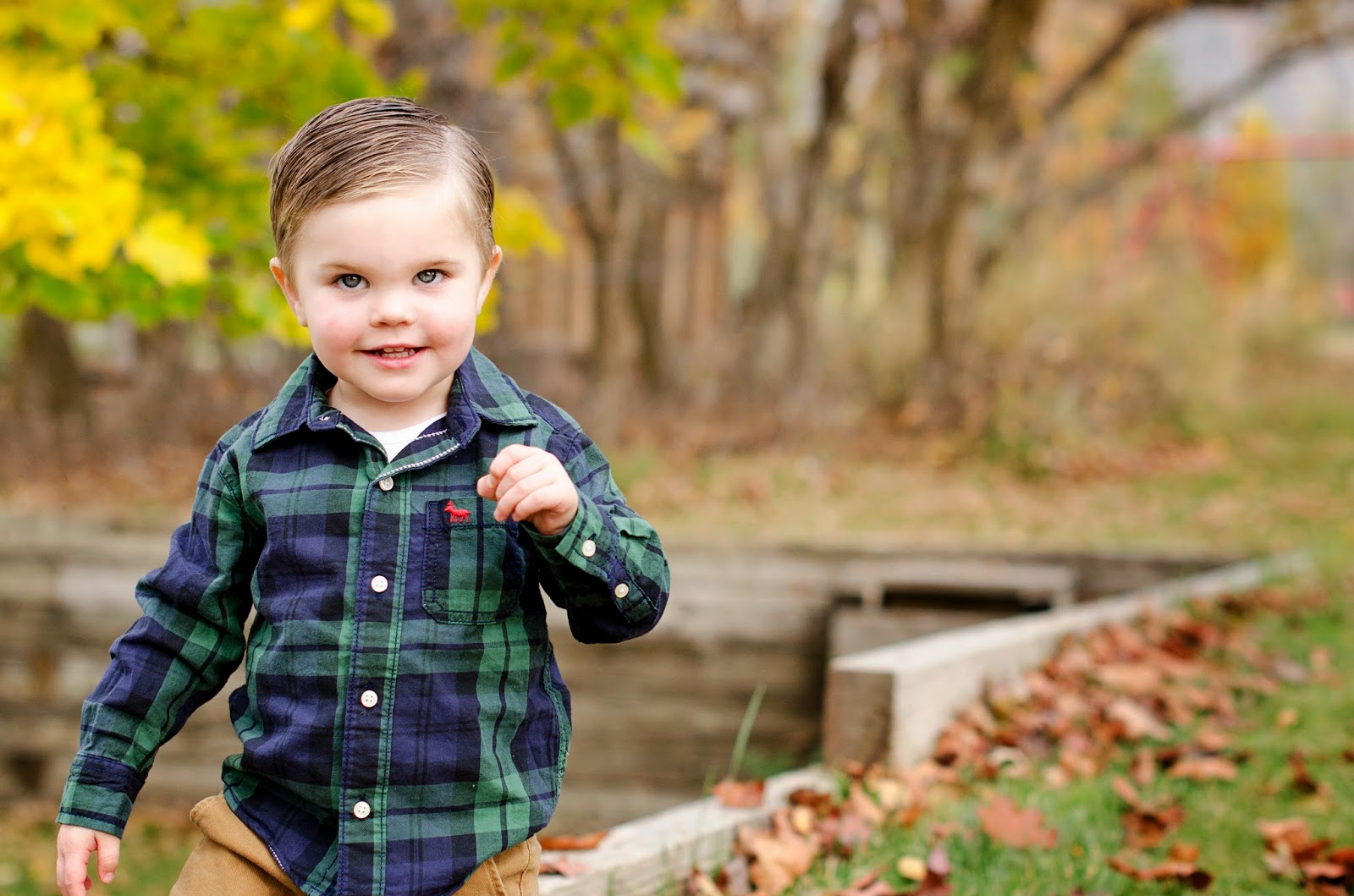