Picture taking at Halloween... the struggle is real! Safe to say this is not our children's favorite holiday. I asked Winston over and over and over what he wanted to be for Halloween.... no response most of the time. Occasionally I got "a costume" out of him and one time even "an ice cream sandwich" but turns out that was a fluke. I decided to have him wear Giant's gear because at least I knew he would put it on unlike all other forms of dress up paraphernalia we own which he won't touch with a 10 foot pole. I kind of love how it all came together in the end though! 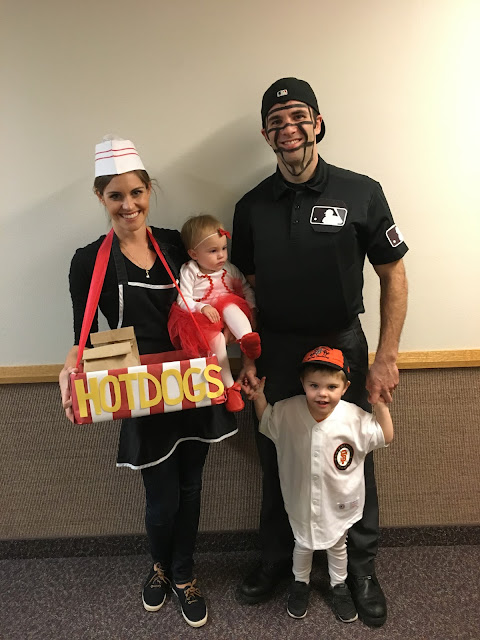 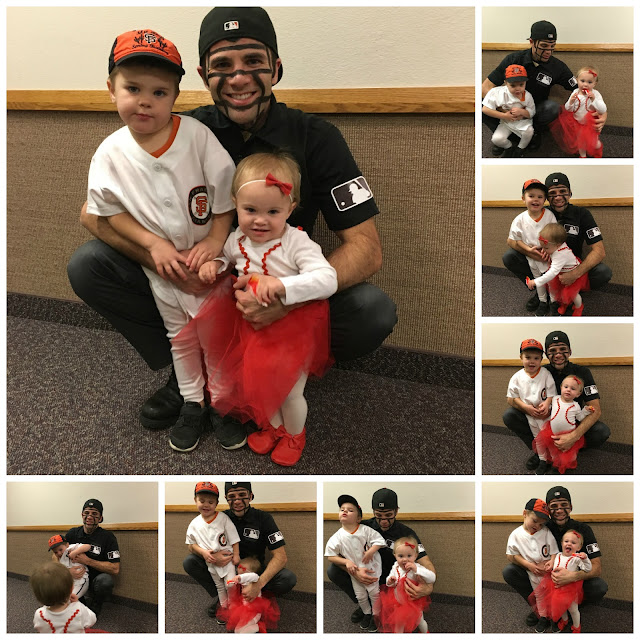 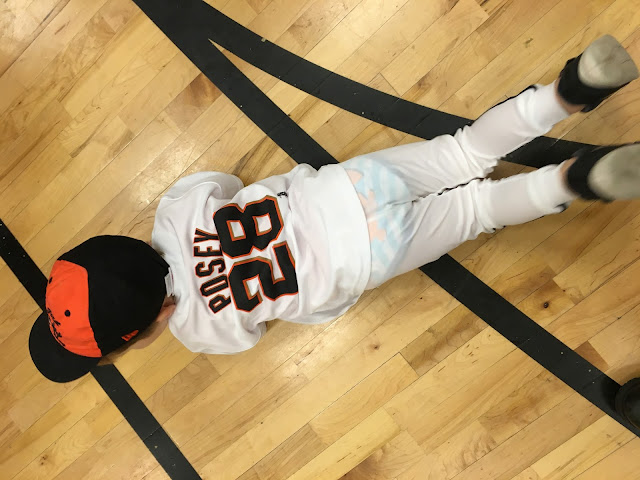 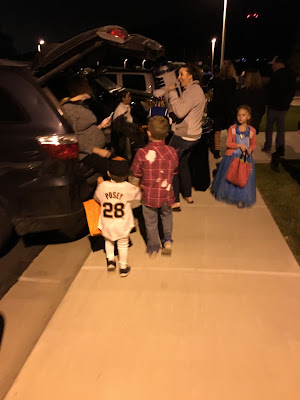 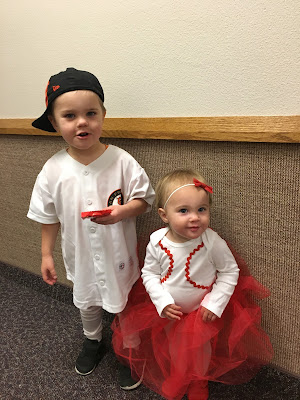 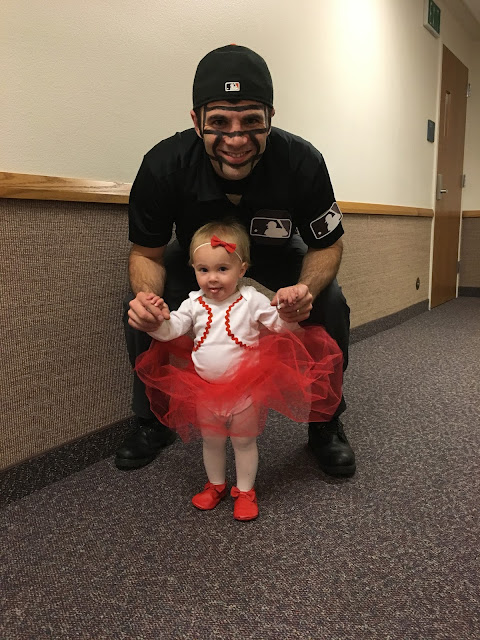 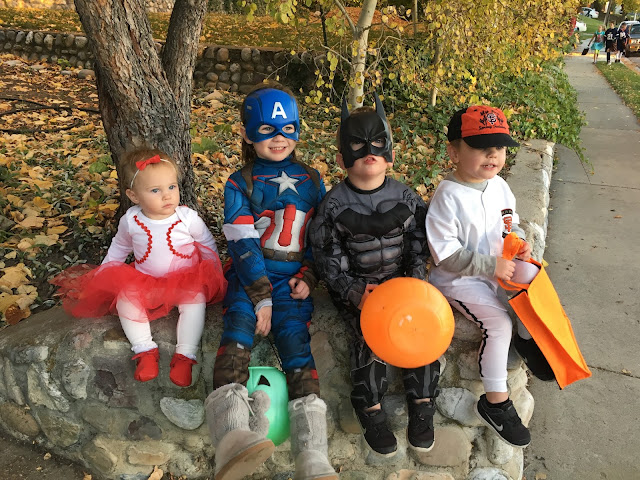 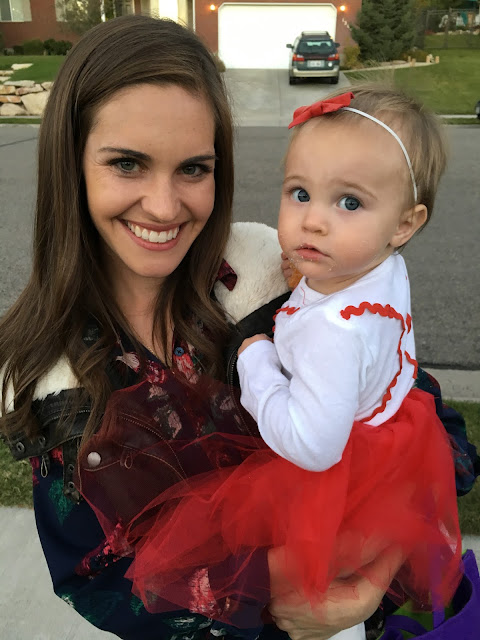 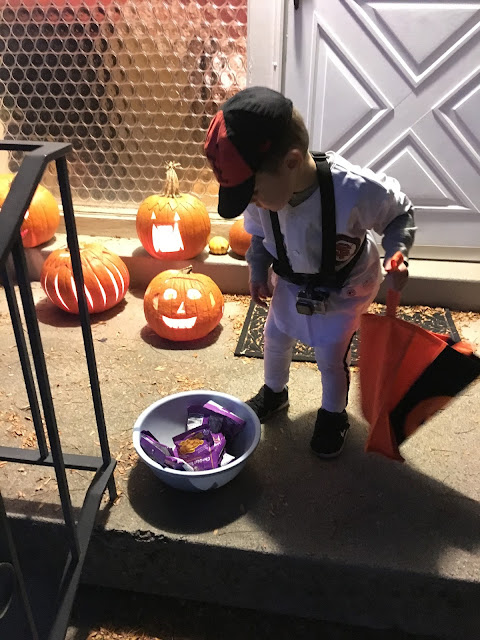 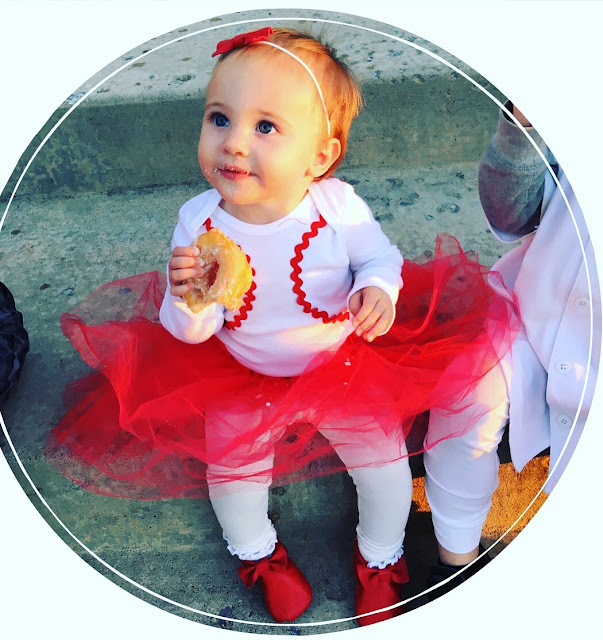 Trick or treating was still a mystery to them as well, and they only lasted about 10 houses. We'll try again next year kiddies, let's move on to Thanksgiving!
Labels: Celebrate Traditions