When the tiny seed of an idea that we might be moving away from these Rocky's was planted in May, a song started blasting in my brain- CLIMB EVERY MOUNTAIN!


I'm pretty pleased with all the hikes we accomplished, sometimes my kids indulged my fancy and soaked up the wilderness, sometimes it was a fierce struggle that ended in blood and tears, and once I left them behind and hiked with my favorite guy instead. I desperately want my miniatures to appreciate the glorious world God has given them and so I will continue to inoculate them with regular doses of sweet pine needle smells and surprise deer sightings until they are convinced as I am that mountains trump media. Here's our list if you're looking for some good ones!


Big Springs Hollow- Provo Canyon
This hike is up past South Fork and Vivian Park, its actually a trial that Evan and I mountain biked several times back in college but it was an awesome trail for littles. We took Ashely, Parker and Chloe along with us on this hike and the kids were most excited about crossing little bridges. 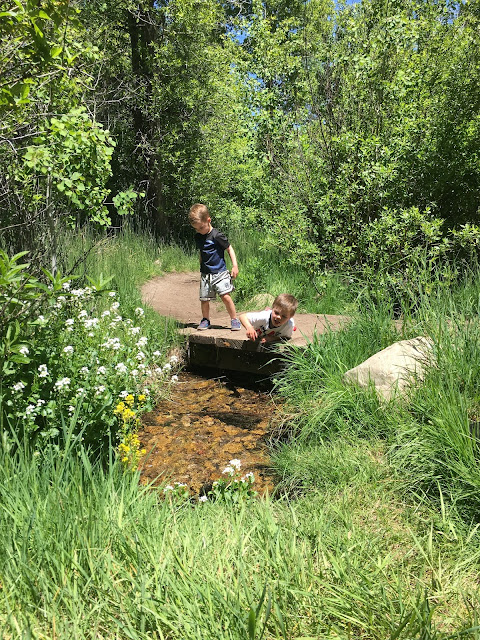 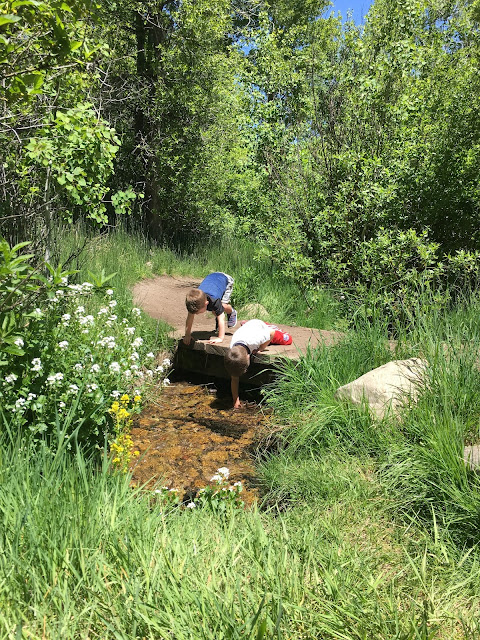 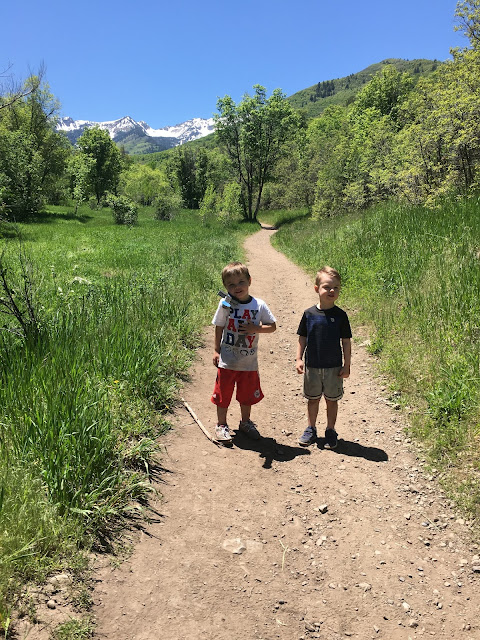 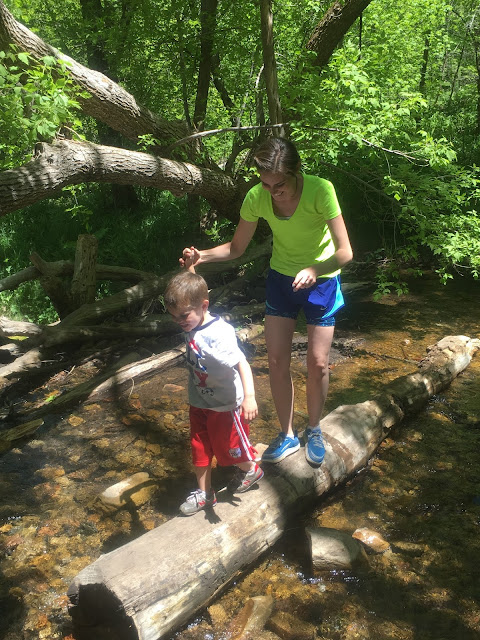 Scout Falls- American Fork Canyon
I can't be sure we were on the right trail for this hike, its supposed to be the first leg of the Timpanooke trail which is where we started but we never made it to the falls. My kids favorite part of this hike was that there were still big patches of snow along the way and they could throw snow balls and eat handfuls of the cold white stuff in the summer time. I know, giardia right? Listen they cannot be stopped, I have tried. 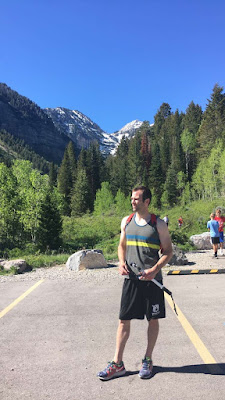 Rocky Mouth Waterfall- Sandy
This is another super short hike with a big waterfall payoff. Winston loved the caves he got to explore on this one although I have a little bit of a bitter taste in my mouth after his exit tantrum left me with a bleeding stick wound. Kirsten was our hiking buddy this trip- I'm definitly not brave enough to do hikes outnumbered by toddlers 2 to 1! 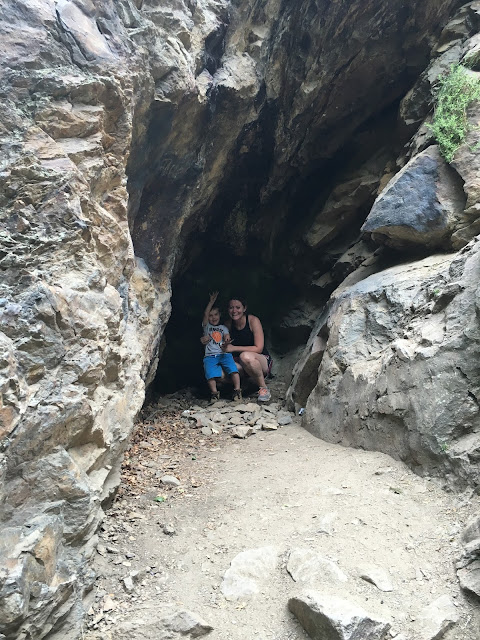 Y Mountain- Provo
Because you just have to before you move away! We actually only made it to the third switchback- the watermelon and veggie straws were not enough to sustain those short legs. It's okay though we still got to point out campus and the temple and take in the little city views. 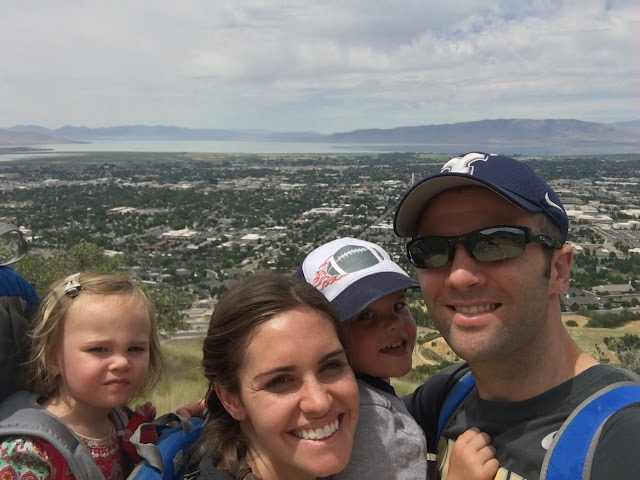 Grotto Falls- Payson
This hike is toddler perfection. It's like half a mile round trip with all kinds of tree bridges over streams and a big waterfall payoff at the end. Mimi tagged along with us this day which was a special treat! 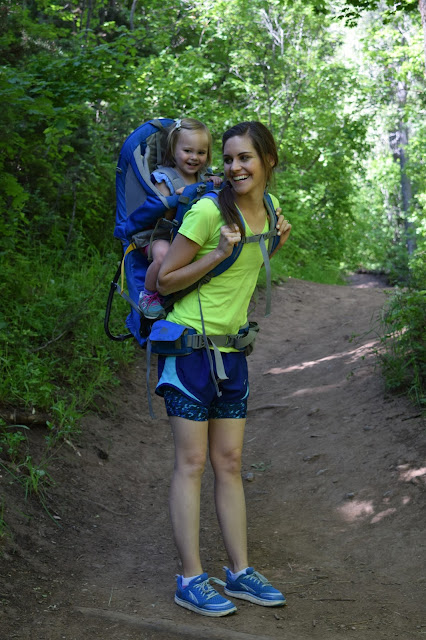 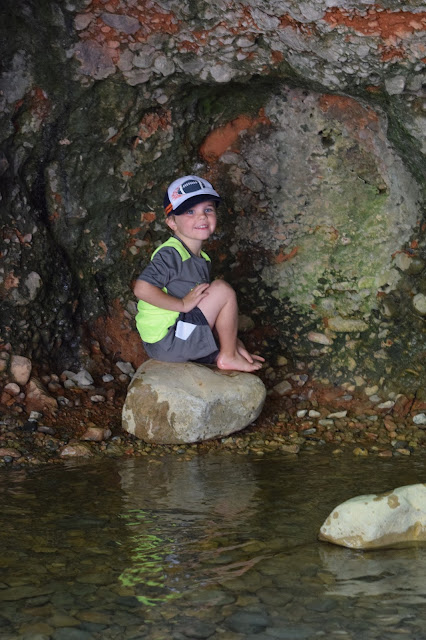 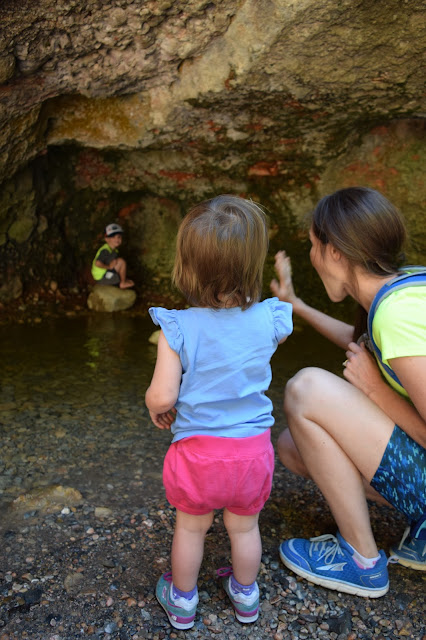 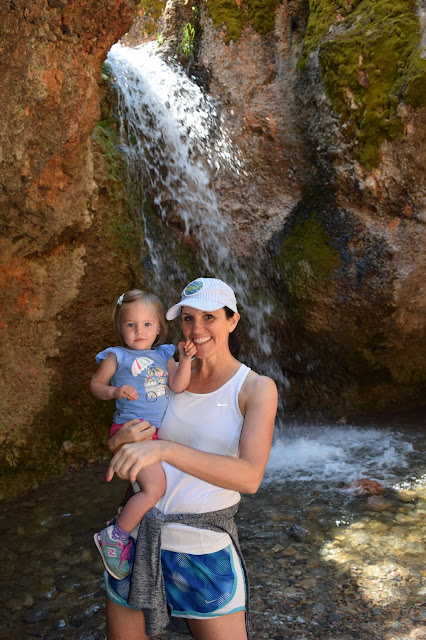 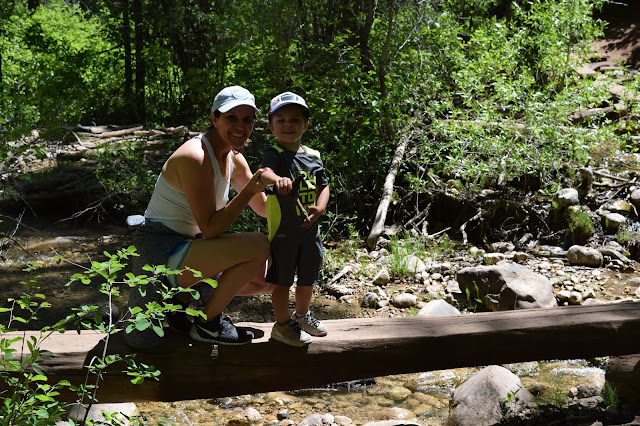 Timpanogas Caves Trail- American Fork Canyon
Did this one sans kiddos which was an excellent decision on our part. It is steep and would have been no fun to carry them up that thing. But holy! I can't believe we have lived here for so long and never hiked it! Breathtaking views looking out of the canyon and a fascinating tour of the caves inside. One of my favorite summer activities by far. 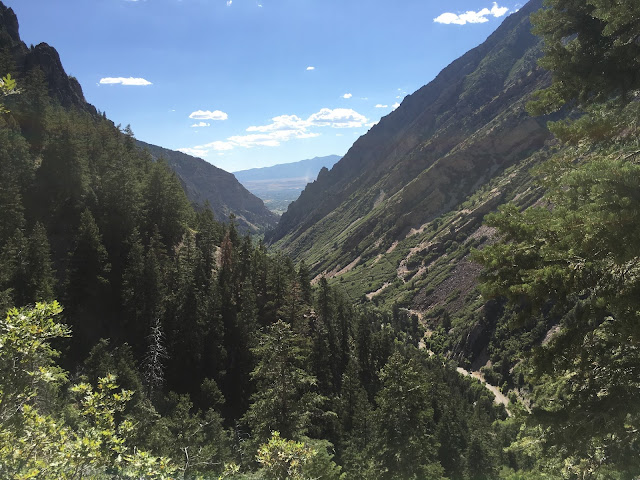 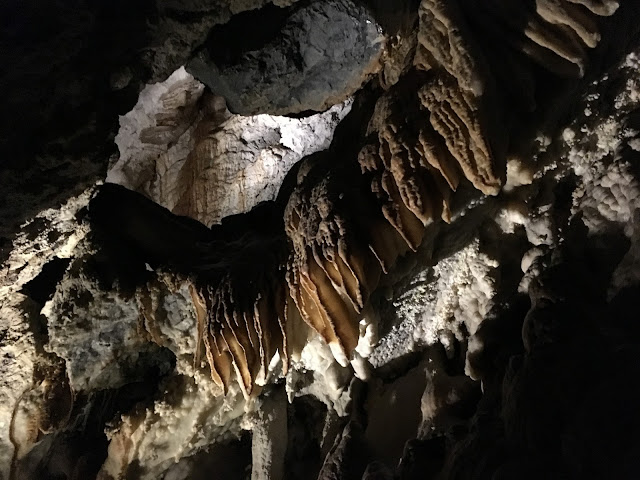 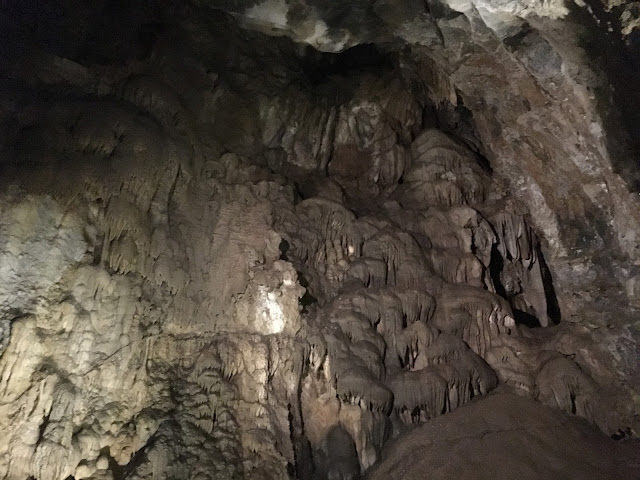