Ok. My mini van + the map of the Midwest are worse than a penny burning a hole in my pocket. There is a reason Indy is called the crossroads of America- there are so many places to see! The only real derivable destinations from Utah County were Vegas, Moab,  and St. George.... and heaven knows we exhausted those sites over the 9 year span. Purdue's fall break was last weekend so it was time for another adventure.

Kirtland, Ohio is rich in the history of our church and I'd never been. I didn't really realize until we were standing in those rooms how many life changing revelations were received there, such holy ground. We were a little bit nutty to drag our kids along on so many tours but they did great and I think they even felt a second or two of those sacred moments with us. 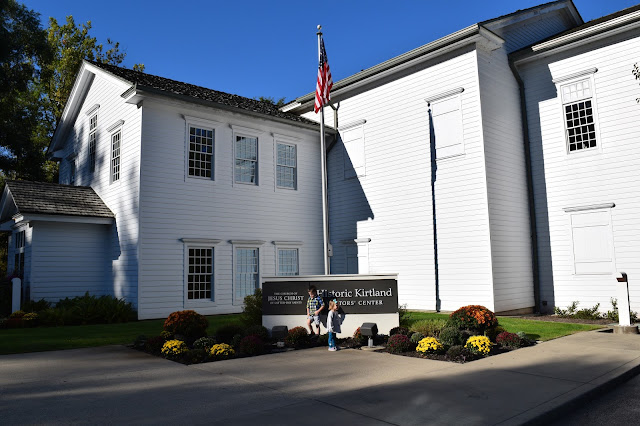 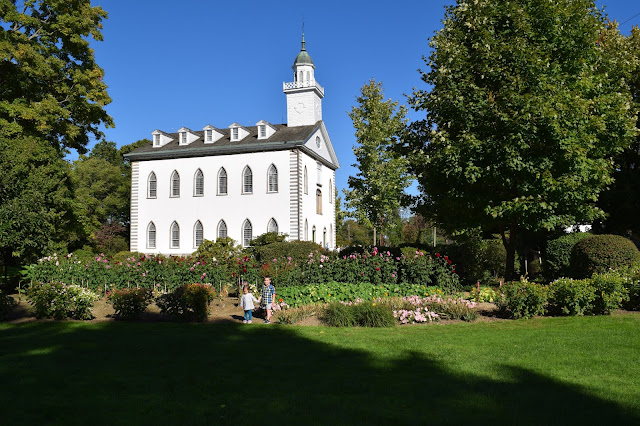 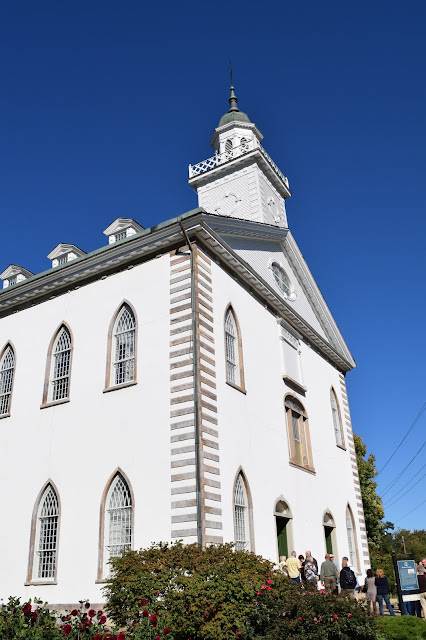 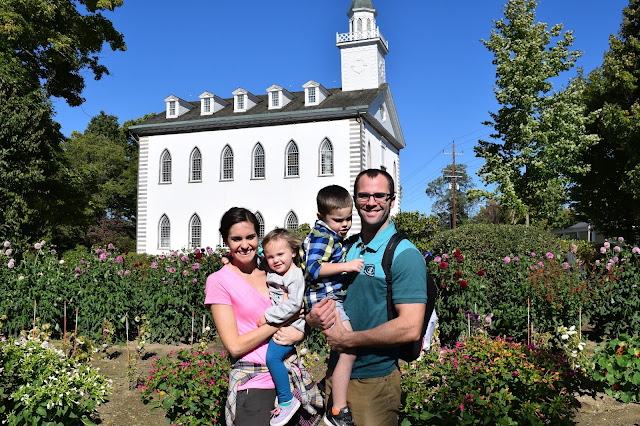 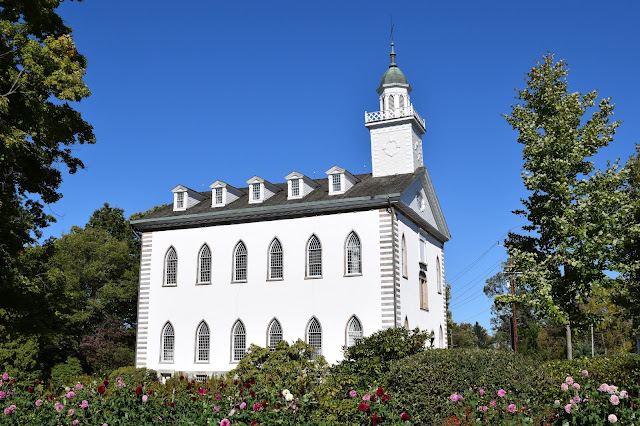 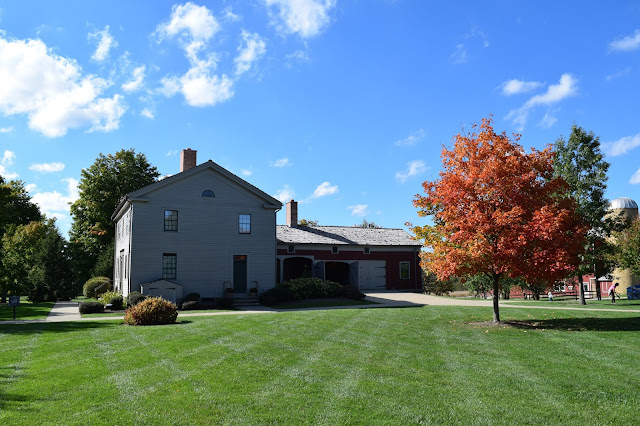 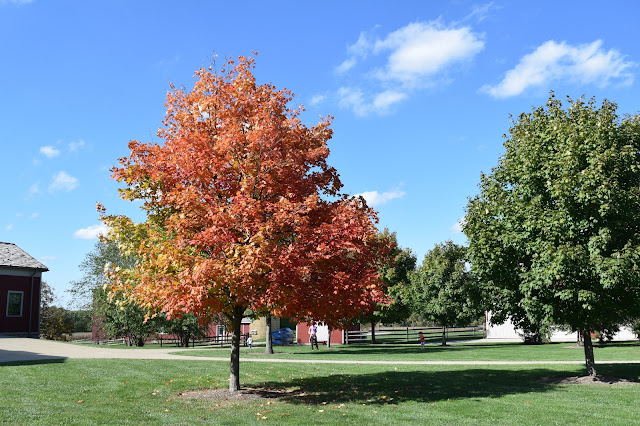 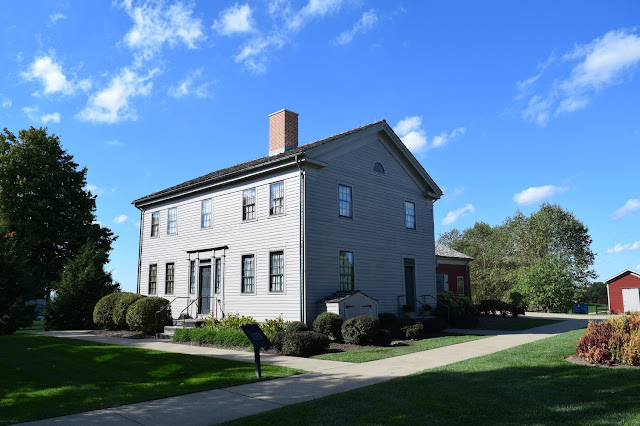 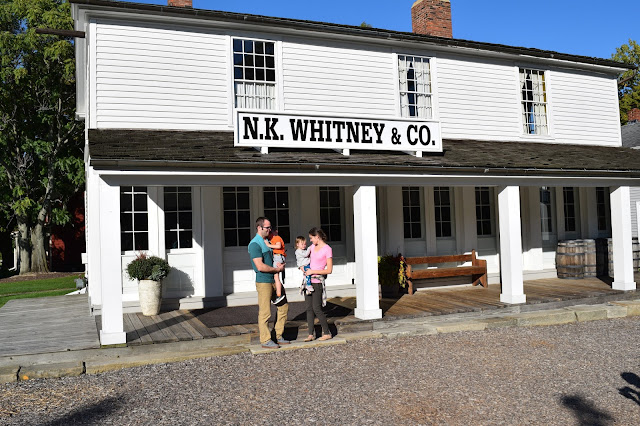 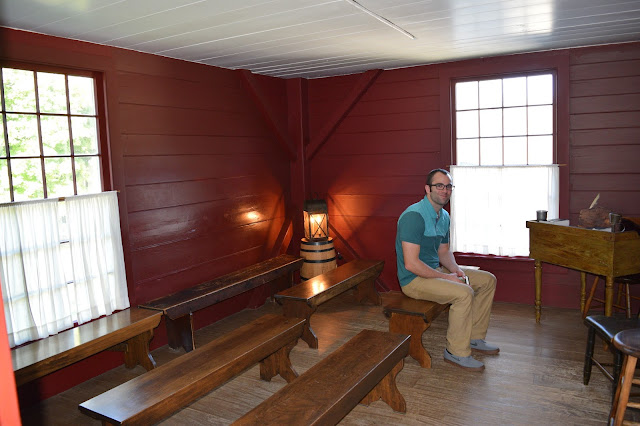 "During the winter of 1833 we had a number of prayer meetings in the Prophet's chamber. In one of those meetings the Prophet told us, if we could humble ourselves before God, and exercise strong faith, we should see the face of the Lord. And about midday, the visions of my mind were opened, and the eyes of my understanding were enlightened, and I saw the form of a man, most lovely. The visage of his face was sound and fair as the sun. His hair a bright silver gray, curled in most majestic form, His eyes a keen penetrating blue, and the skin of his neck a most beautiful white. And He was covered from neck to feet with a loose garment, pure white, whiter than any garment I have ever before seen. His countenance was most penetrating and yet most lovely...And while I was endeavoring to comprehend the whole personage from head to feet, it slipped from me. But it left on my mind the impression of love, for months that I never felt before to that degree." Testimony of John Murdock - School of the Prophets in Newel K Whitney store 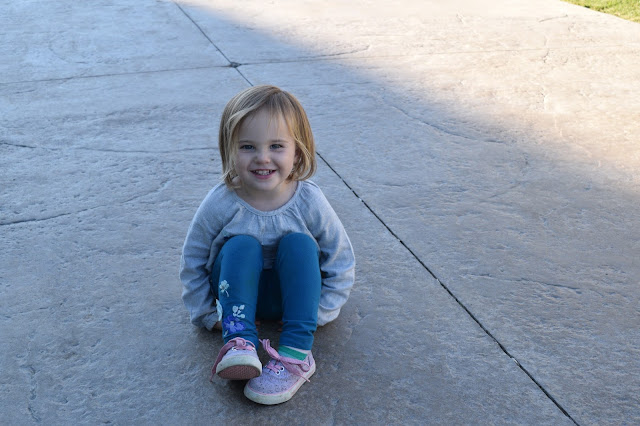 Almost directly across from the Kirtland Temple is this divine restaurant Biga Wood Pizza- eat there when you go! Oh I felt like I was transported to Naples, Italy. Delicious.

Cleveland:
The next day was all about giving these two some freedom. We sent Evan over to check out the Rock n Roll Hall of Fame and spent our day at The Great Lakes Science Center. They took our children's museum pass so bonus we got in free! The kids spent a solid two hours in this ball pit, it was hilarious to watch them fill that crane and dump it over and over and over. I love Winston's face of anticipation as he prepares for the balls to pelt him head to toe.  The Giant's were also making a last ditch attempt at a playoff run so we had to spend a significant amount of time in pitching practice as well. Our last stop was the West Side Market where we sampled a bit of everything, but I think the smoothie was the winner in the end.  We spent our two nights in a super cheap semi-gross Air BnB duplex which I will not recommend but Winston has been begging to go back to "hotel Cleveland" since the minute we drove away. Let the adventures continue! 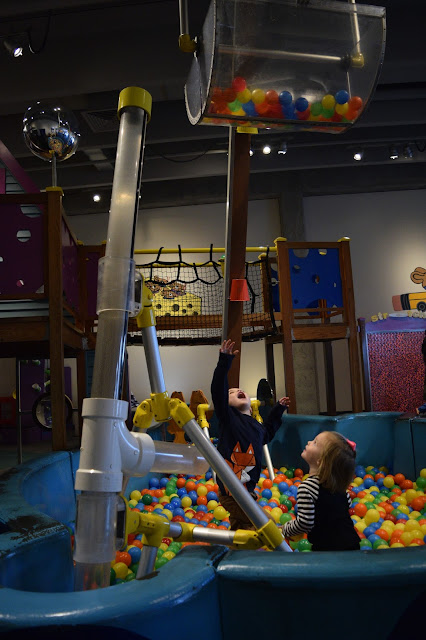 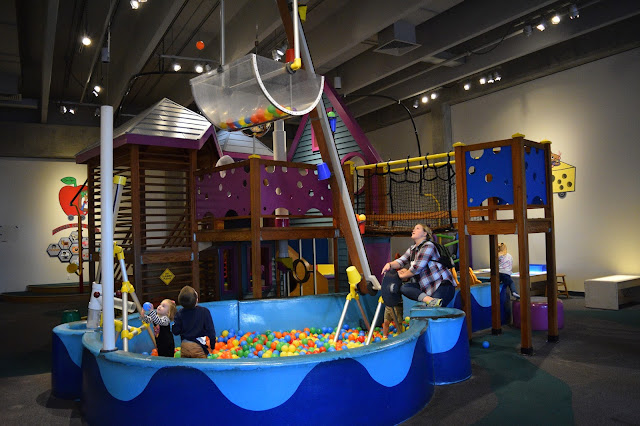 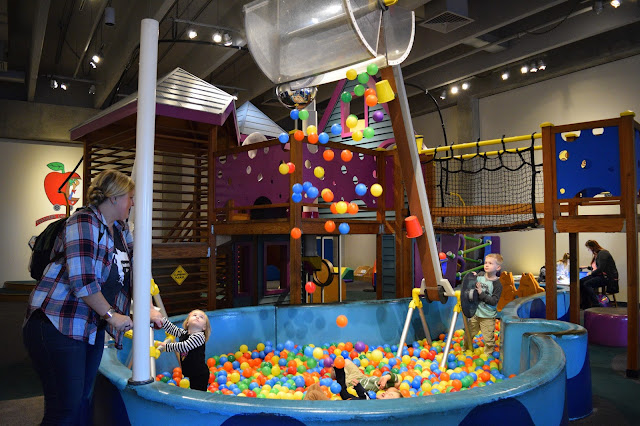 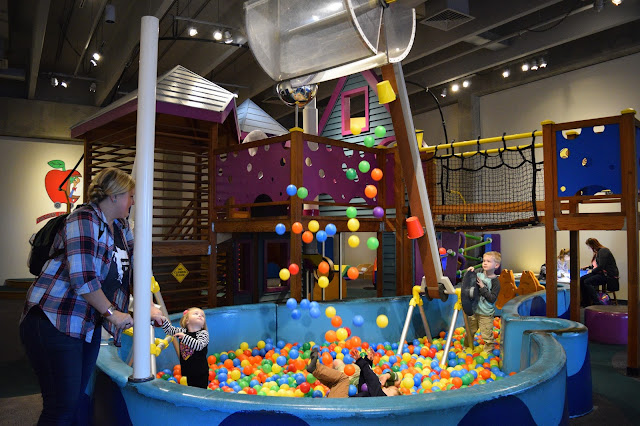 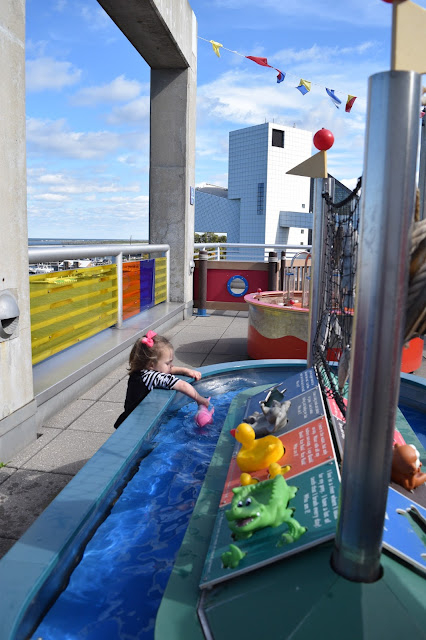 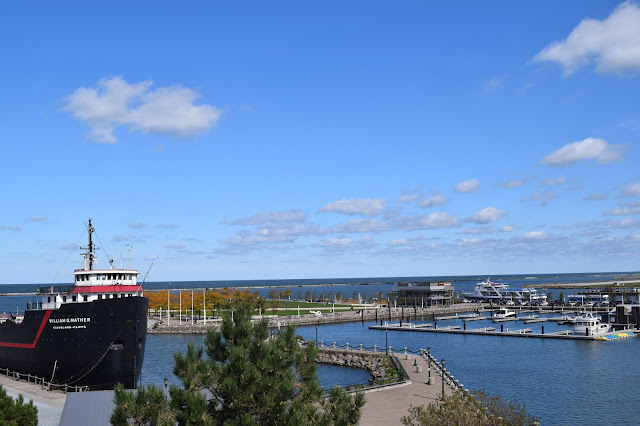 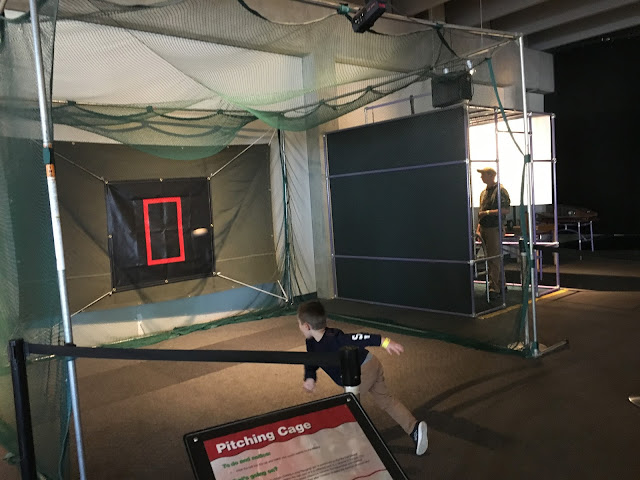 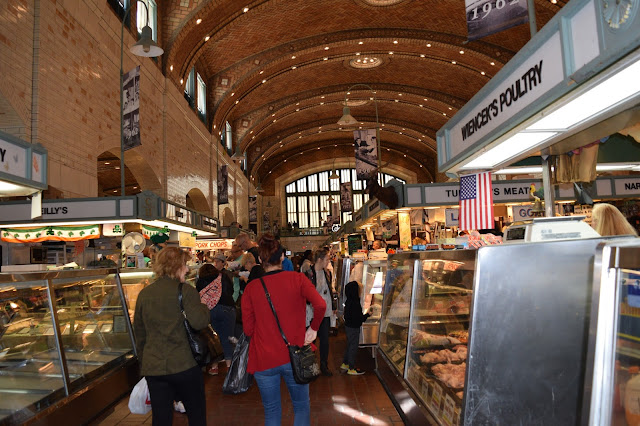 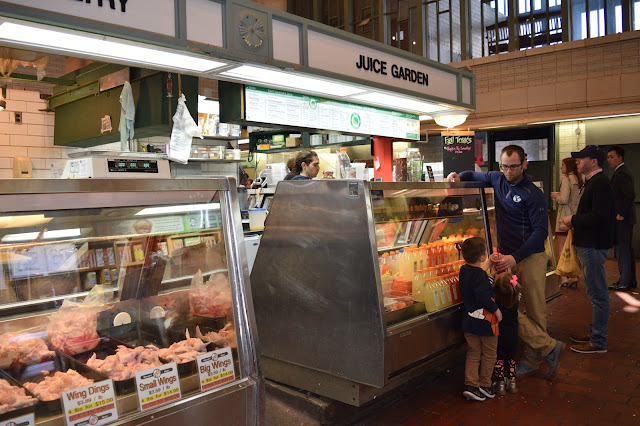