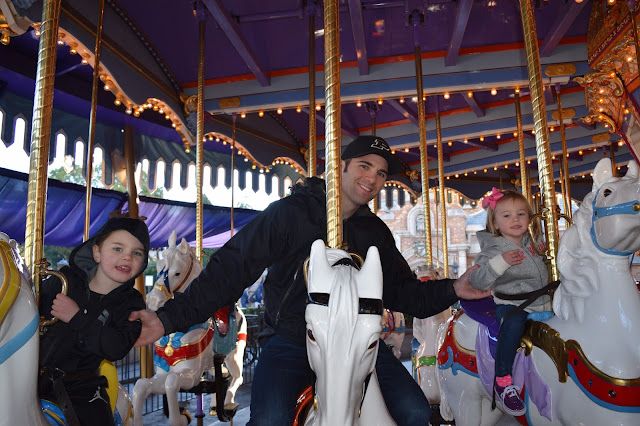 On the second day we had "Magic hours" at Disneyland so we got into the park an hour earlier than they usually open which ended up being our saving grace! Evan has an old co-worker who is a Disneyland pro so he sent us a list of exactly how to attack the park and we got to see all of Fantasyland before the crowds descended. Honestly I think Dumbo was my favorite ride! Granted I couldn't go on a lot of them because of this baby in my belly but taking in all the ambiance of the whole park from up in the air on that ride- it was just so classic. 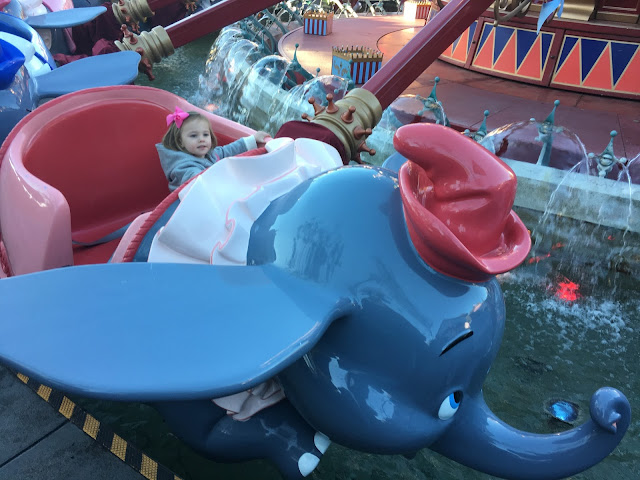 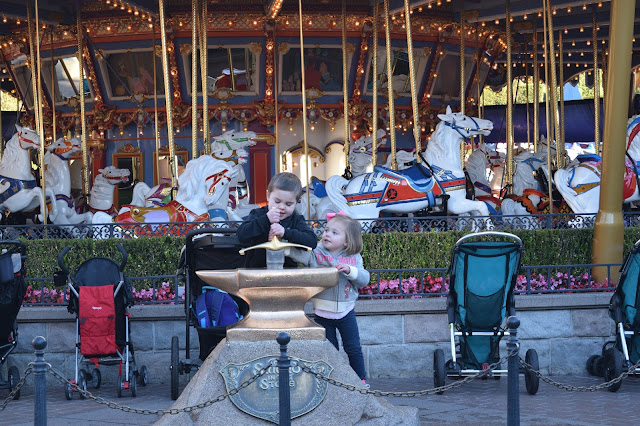 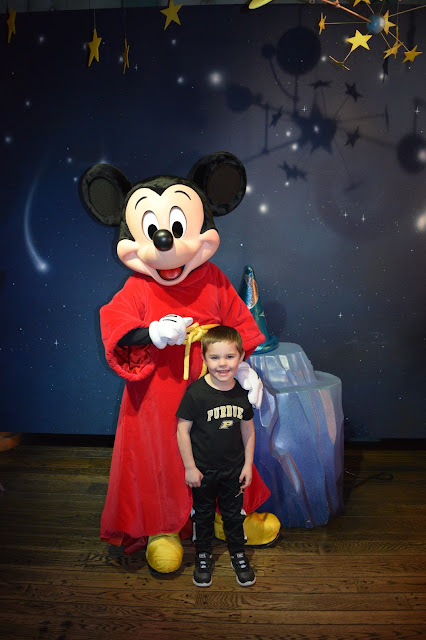 We had to go BACK to Mickey and Minnie's houses- undoubtedly Cosette's favorite part of the entire trip and maybe Minnie has never had so many kisses in her life. 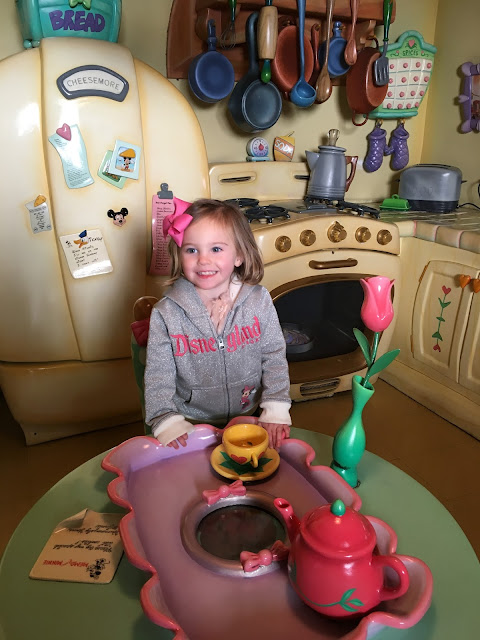 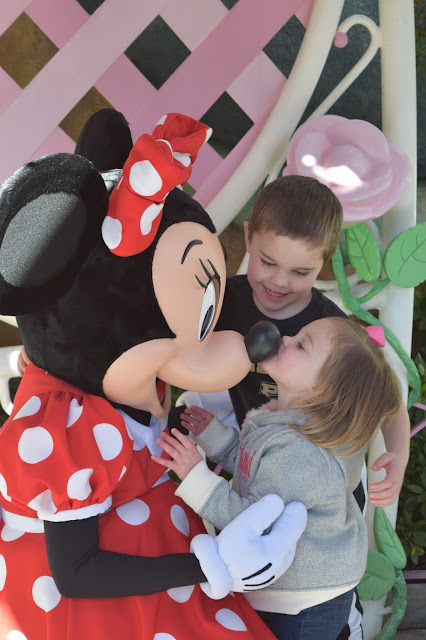 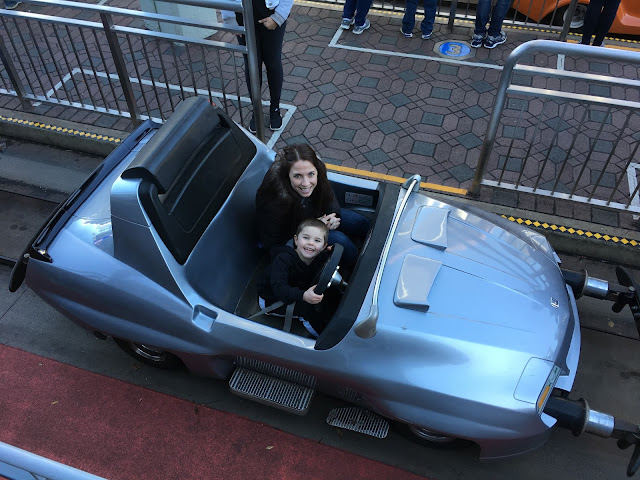 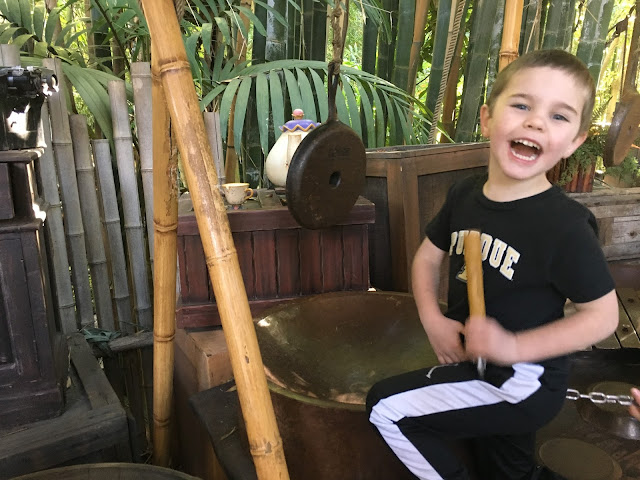 Another highlight of the trip was their makeovers- as part of the gift my parents booked these "transformations" for Winston and Cosette to turn them into a Princess and a Knight and they were hilarious! Cosette just adored sitting in that chair and getting pampered- hair, nails, makeup, a tiara, oh she ate it up! It was good timing too because after lunch the park suddenly became so packed we could hardly push our strollers- quite a different experience than we had had the previous day and a half! I felt so lucky we had gotten to see so much before it got crazy because the lines went from 20 minutes to 100 minutes! 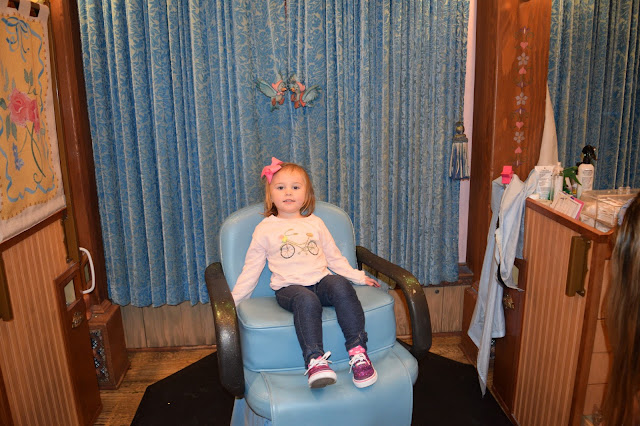 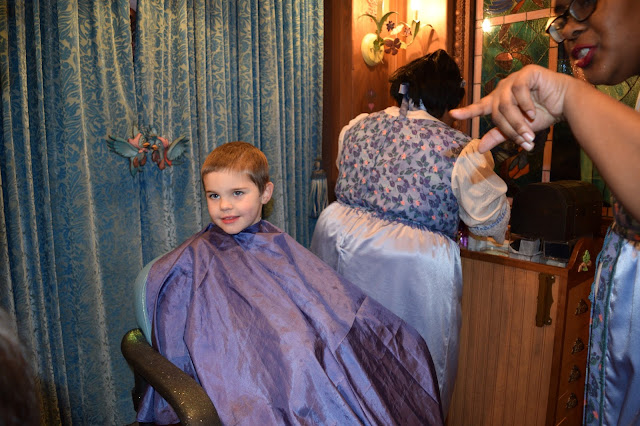 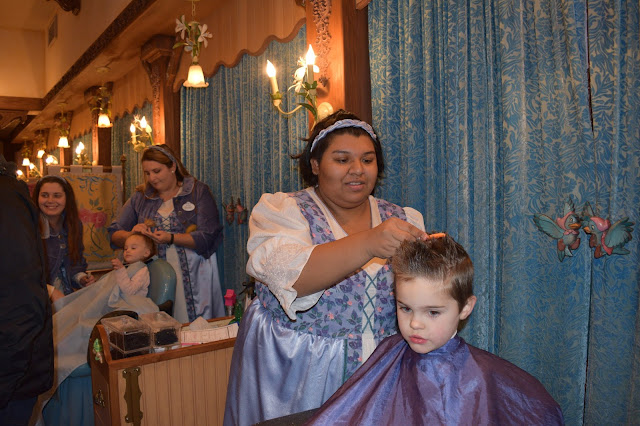 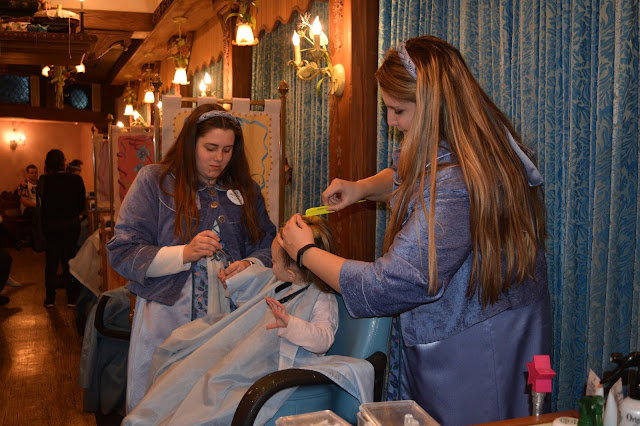 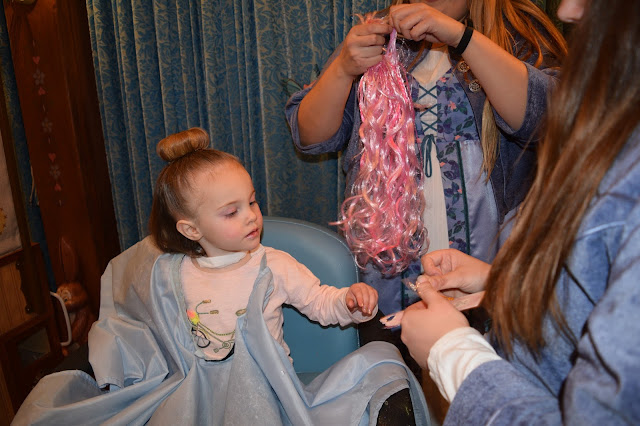 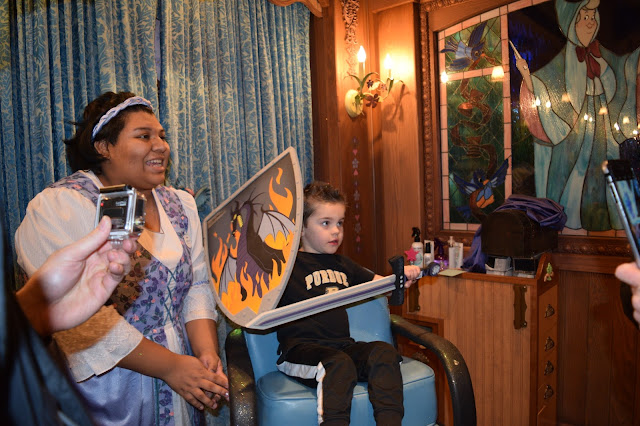 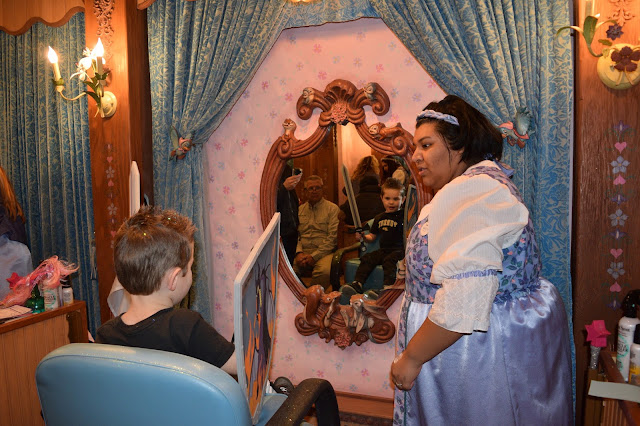 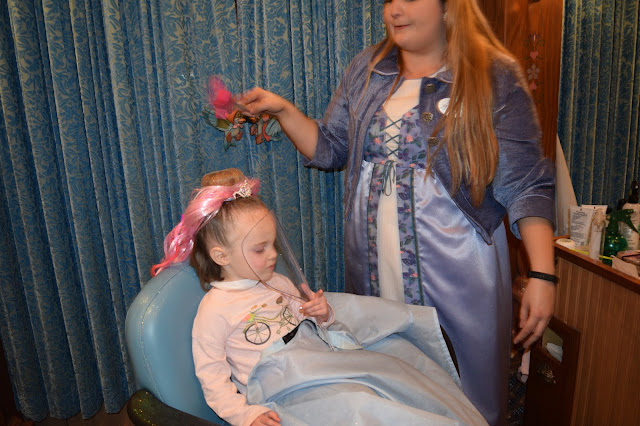 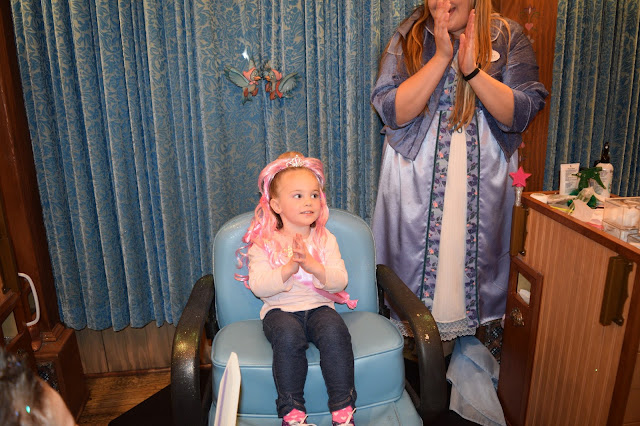 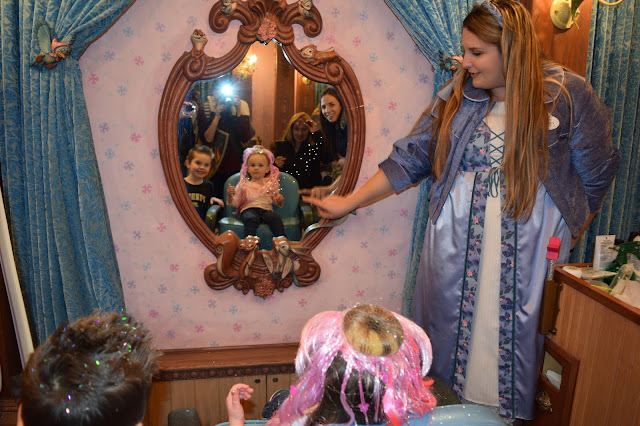 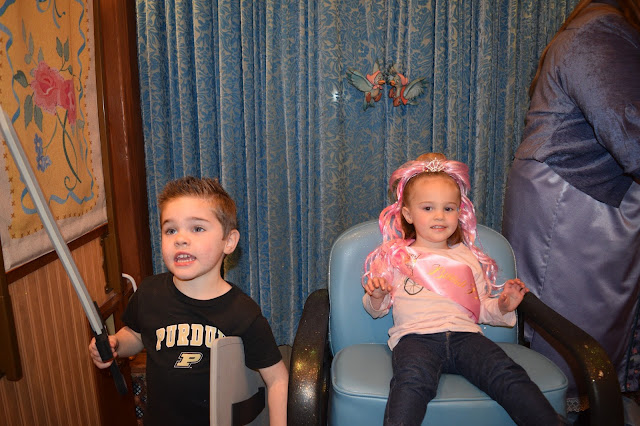 We hid out in the shows for the afternoon which the kids loved and then finished off the night with fireworks and churro ice cream sandwiches- truly one of the most delicious things on the planet! 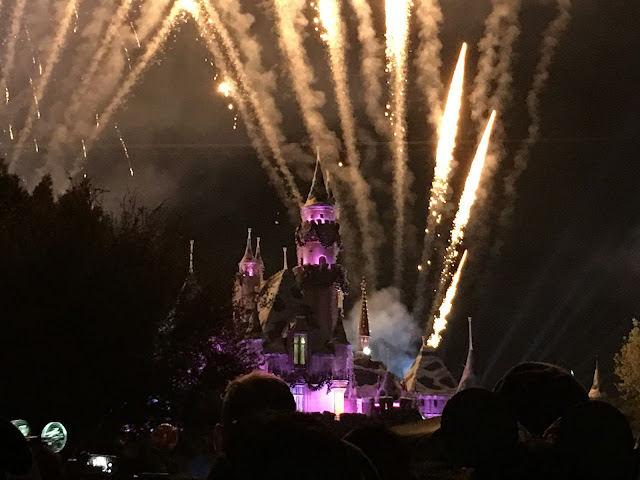 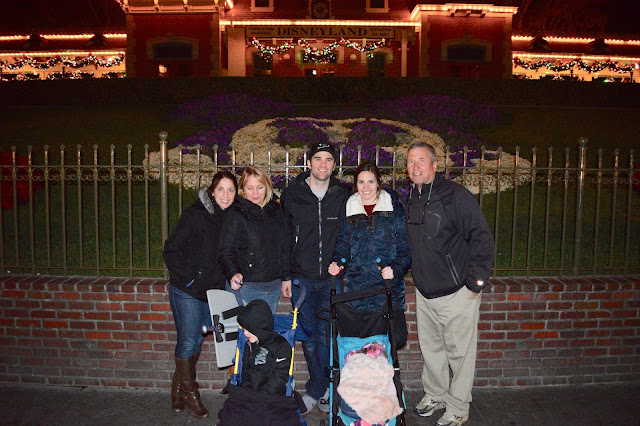 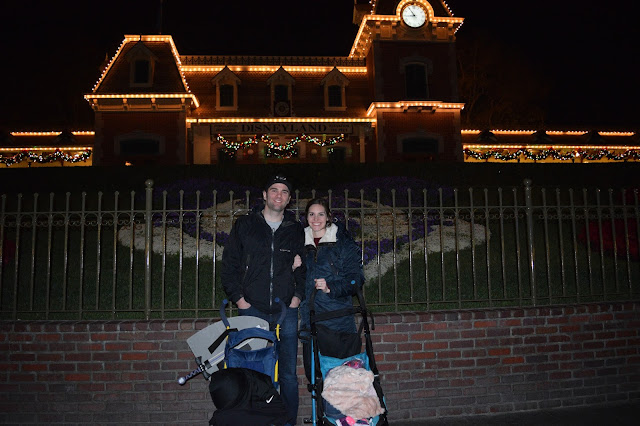 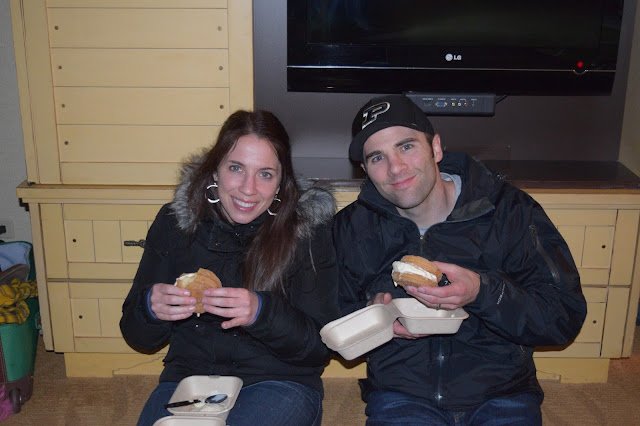 Cosette had picked up some stomach bug somewhere along our travels (airport... Minnie's face.. who knows) and then passed it around to everyone except Winston and I so we had planned to spend the next day at the beach but not everyone made it out of the hotel room. That's okay it was totally worth it (easy for me to say) and we'll be back! 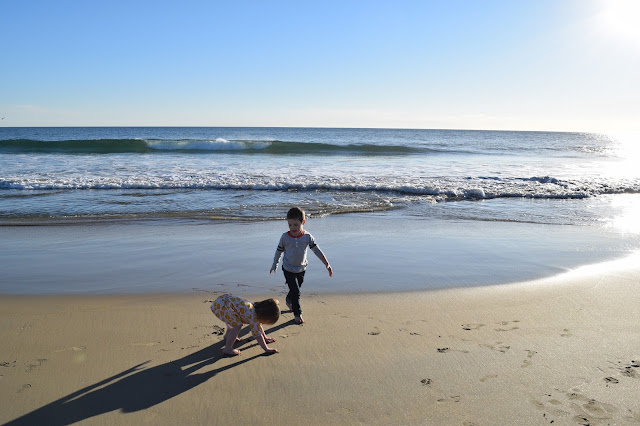 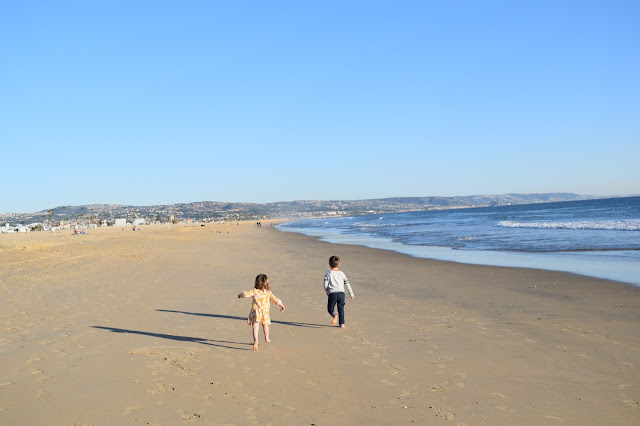 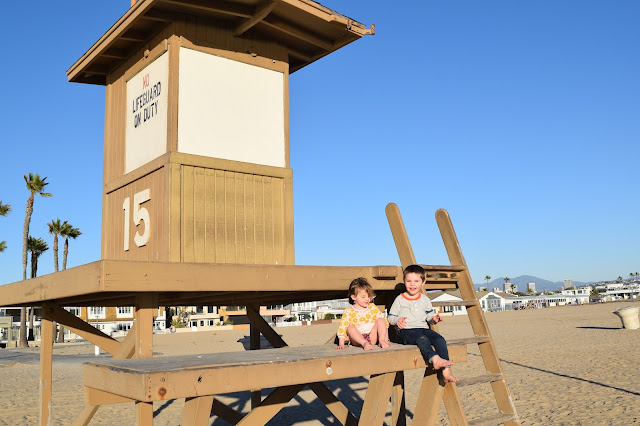 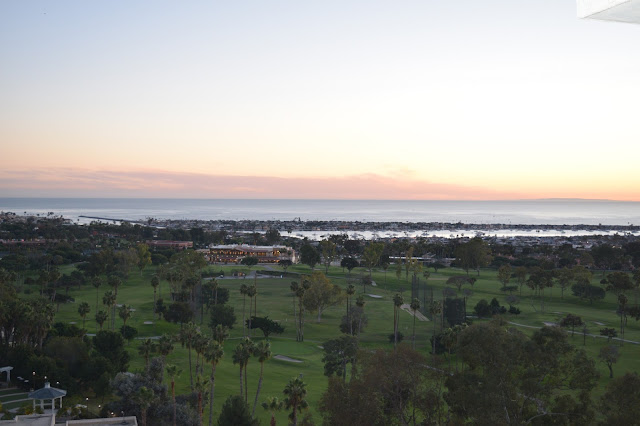