Is there anything more magical? On our drive to Philadelphia for Thanksgiving we went through a snow storm and the entire time Winston kept asking, "Is it Christmas?!" However, on our way home, there was no snow (hallelujah because I had to drive the whole way due to a Turkey Bowl injury). Evan FINALLY released his iron grip on the keys to Christmas music for the year so I was relishing in it, but Winston was ticked because he insisted it was not Christmas! It wasn't snowing! We could not listen to those songs! 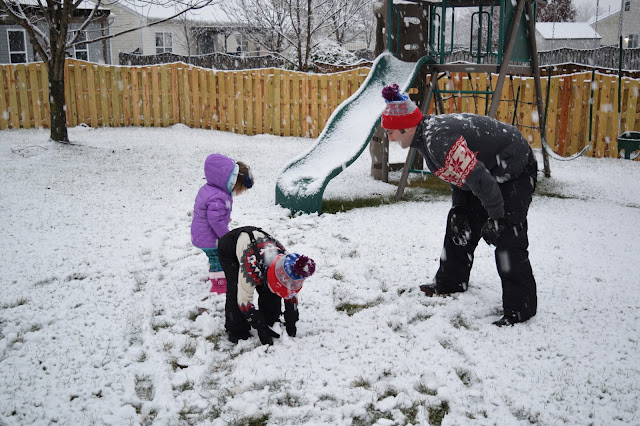 Last Sunday we woke up from our afternoon naps to the first snowfall of the year, big fat flakes floating down on us. Of course the only thing to do was have a snowball fight and build a snowman! Evan is very proud of his snowman building technique, the key is a compact ball of ice at the center of each section. That snowman will be there for a month. I on the other hand came to the table empty-handed when it came to giving frosty a face- we ended up with chalk eyes, a baby carrot nose, and grape tomatoes for a mouth, which Winston promptly snatched out and chomped. Cheers to tiny mittens, pink noses, and hot chocolate after parties. 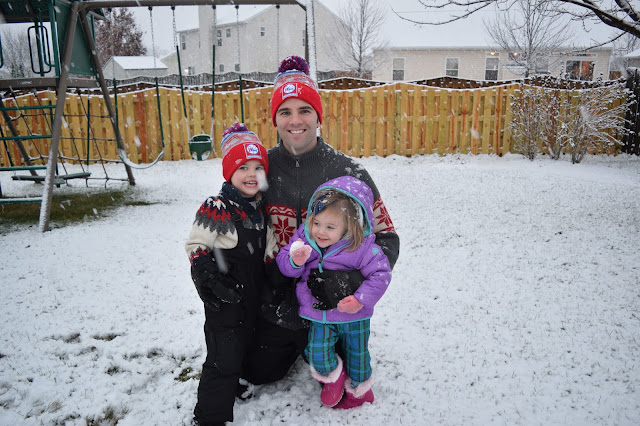 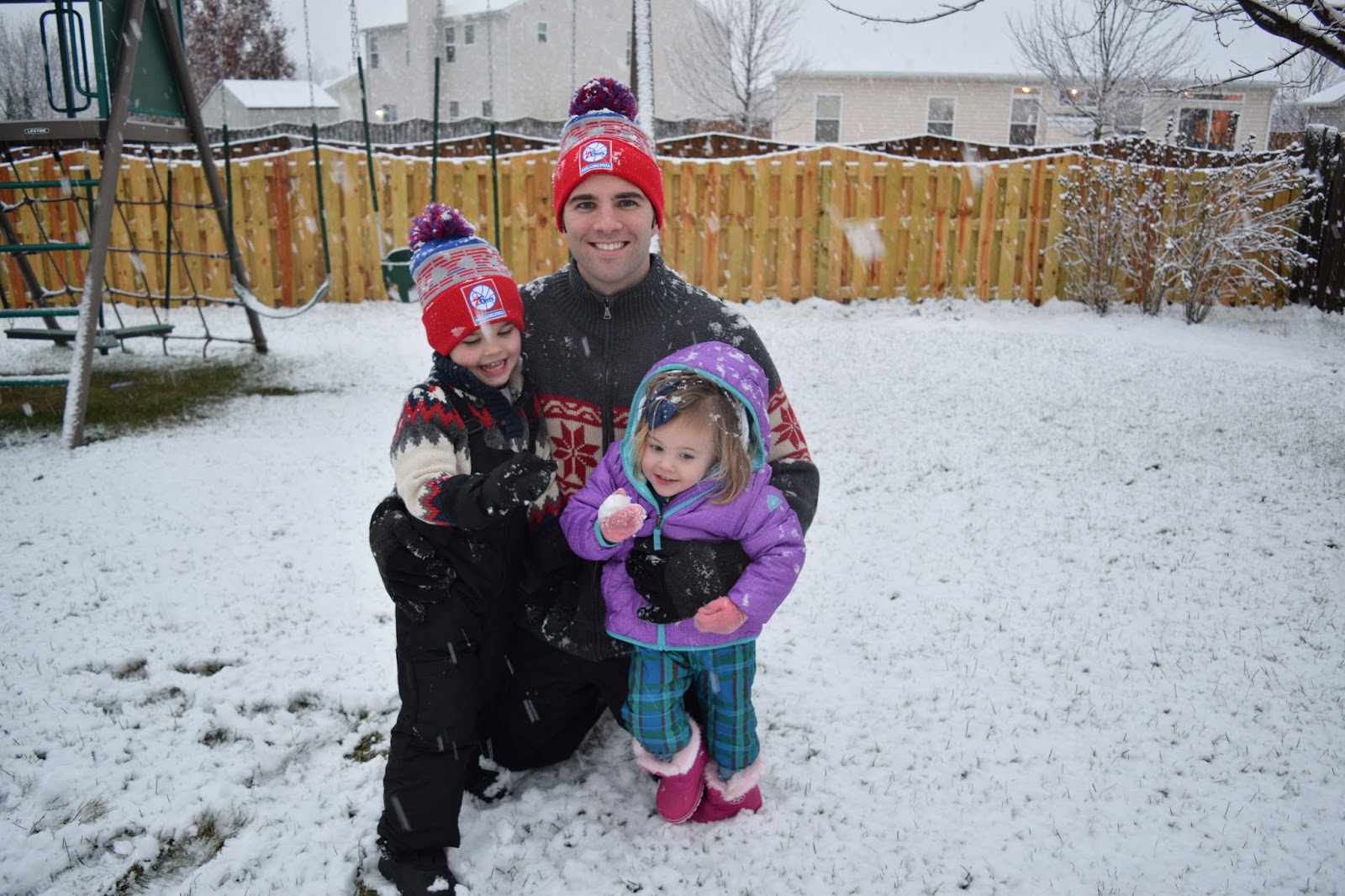 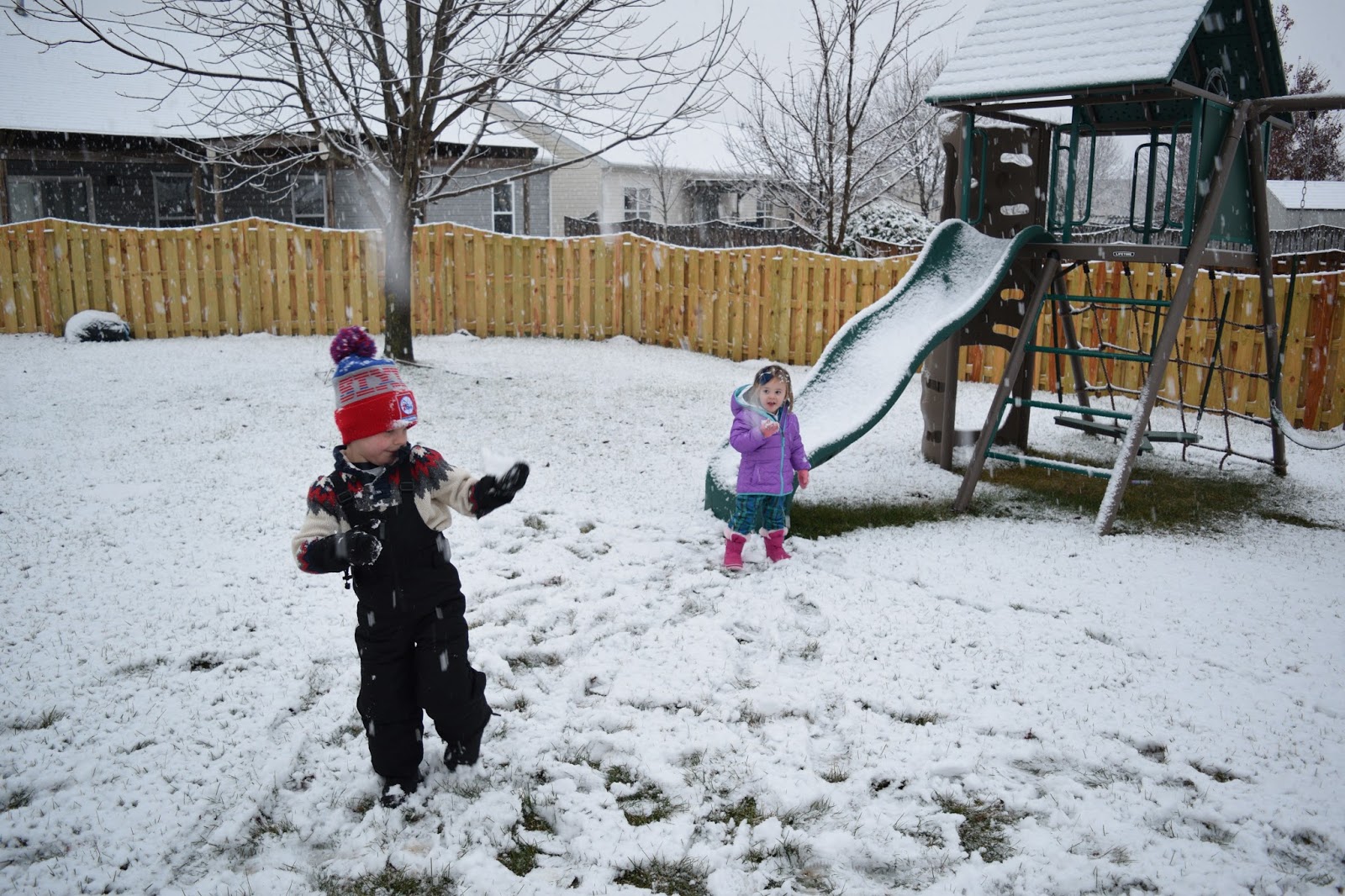 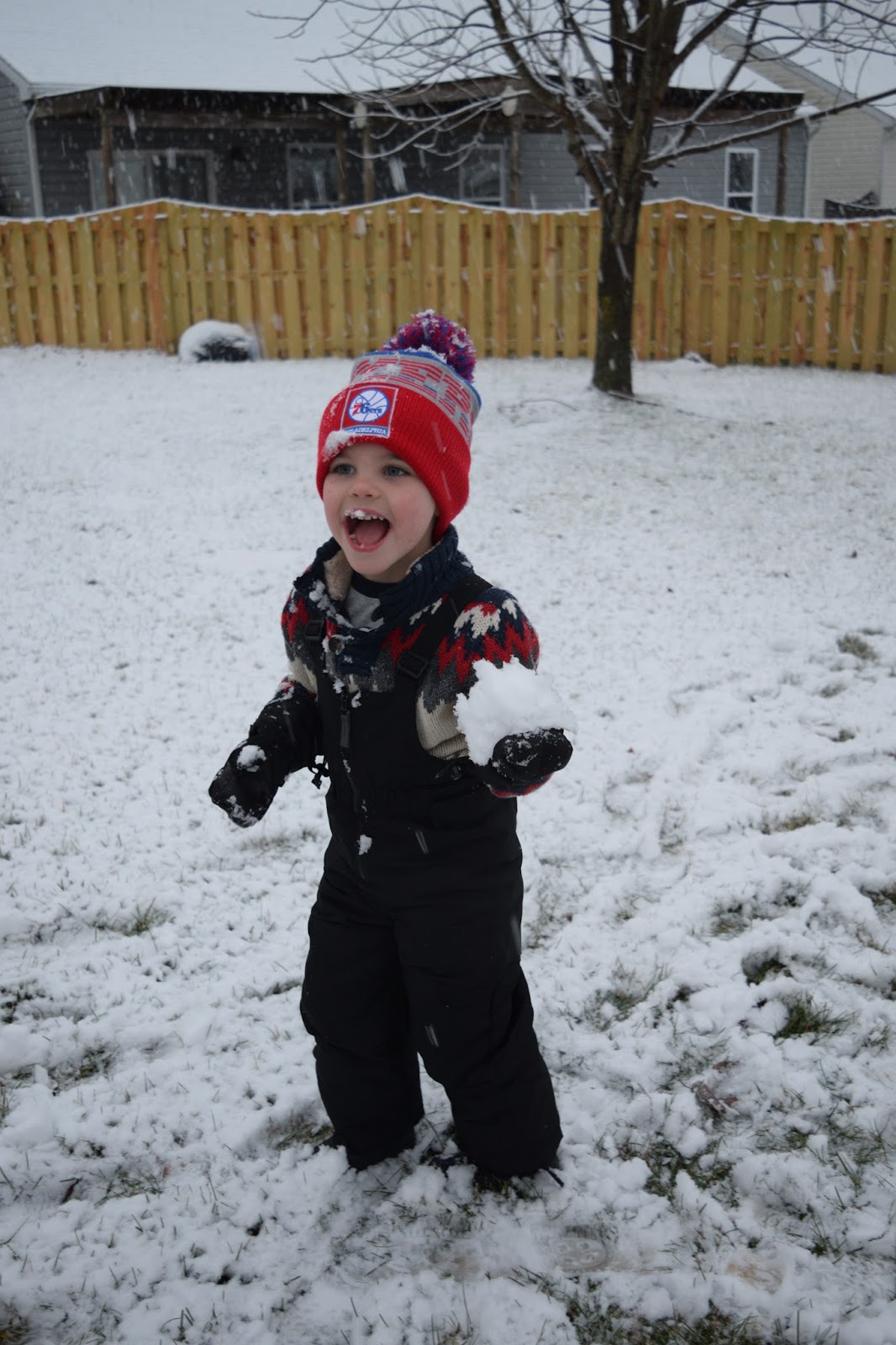 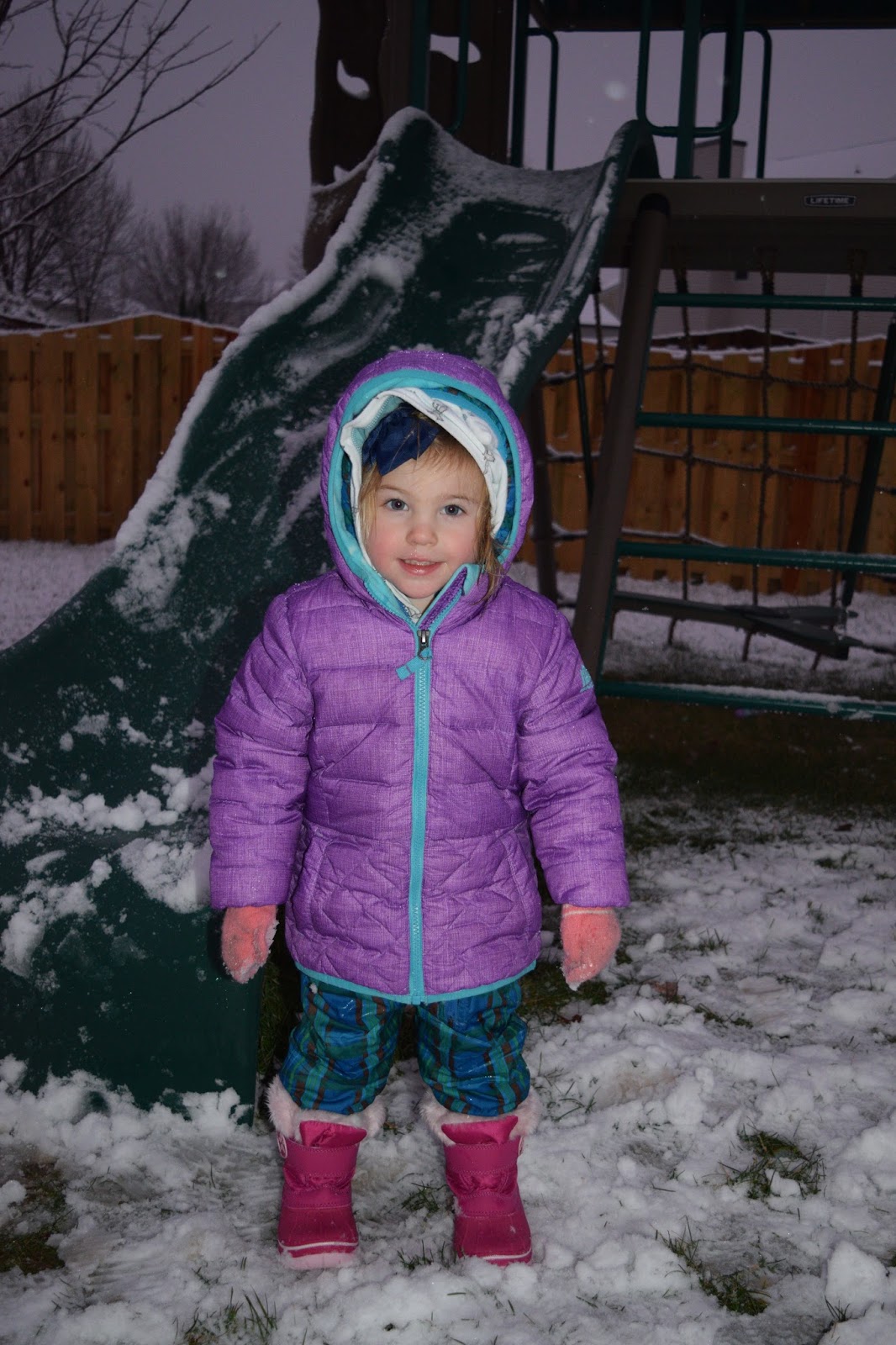 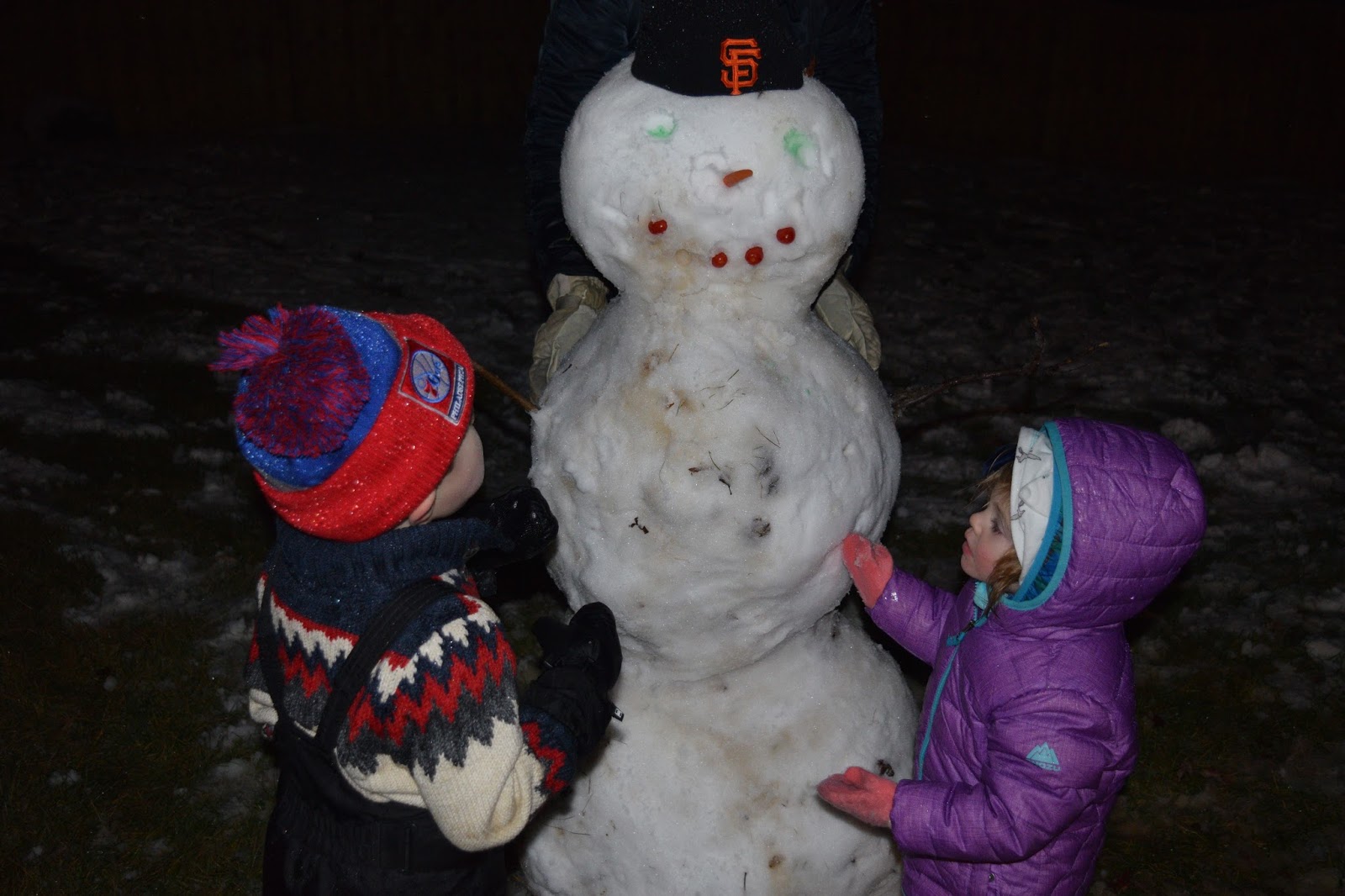 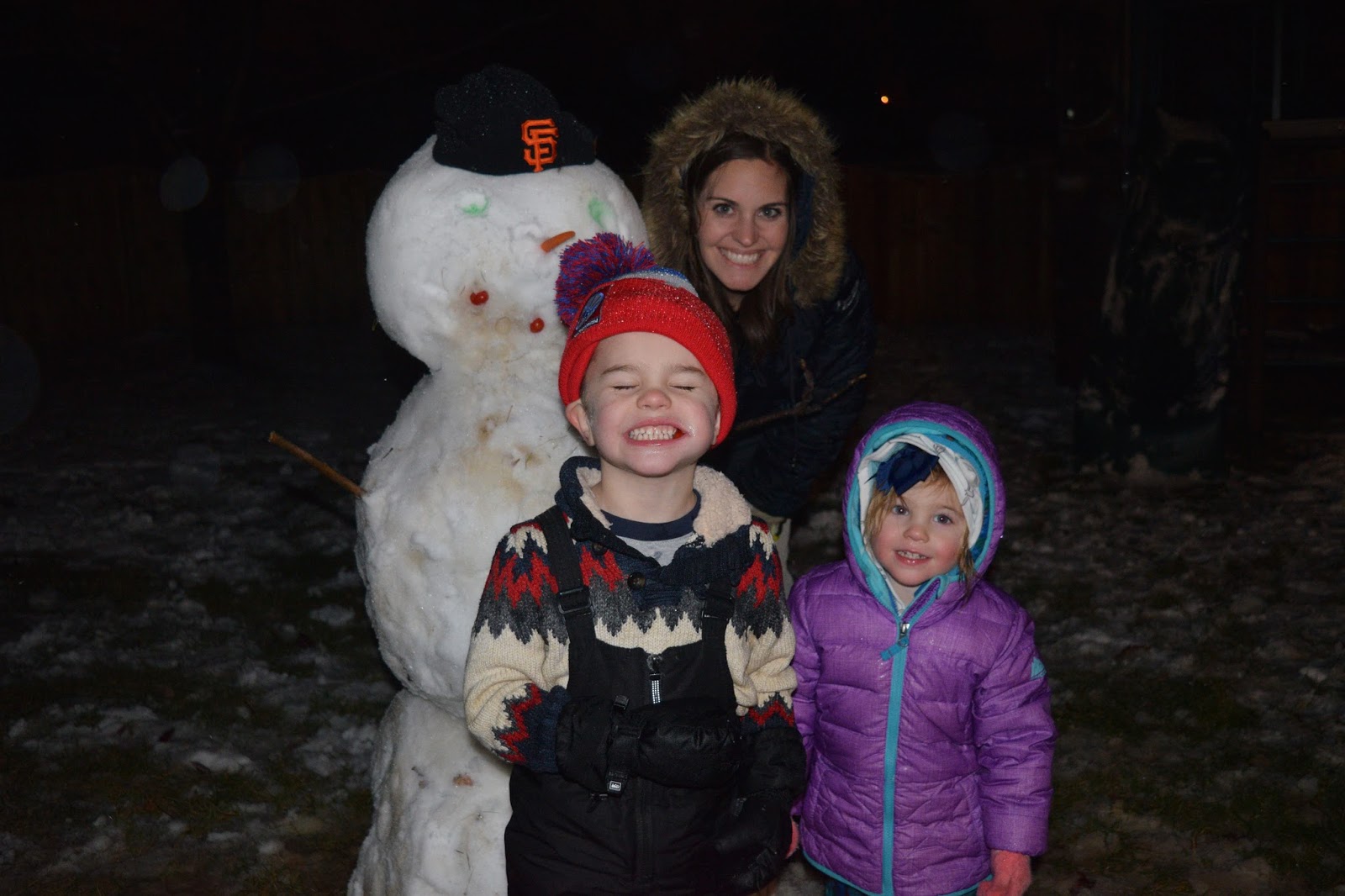