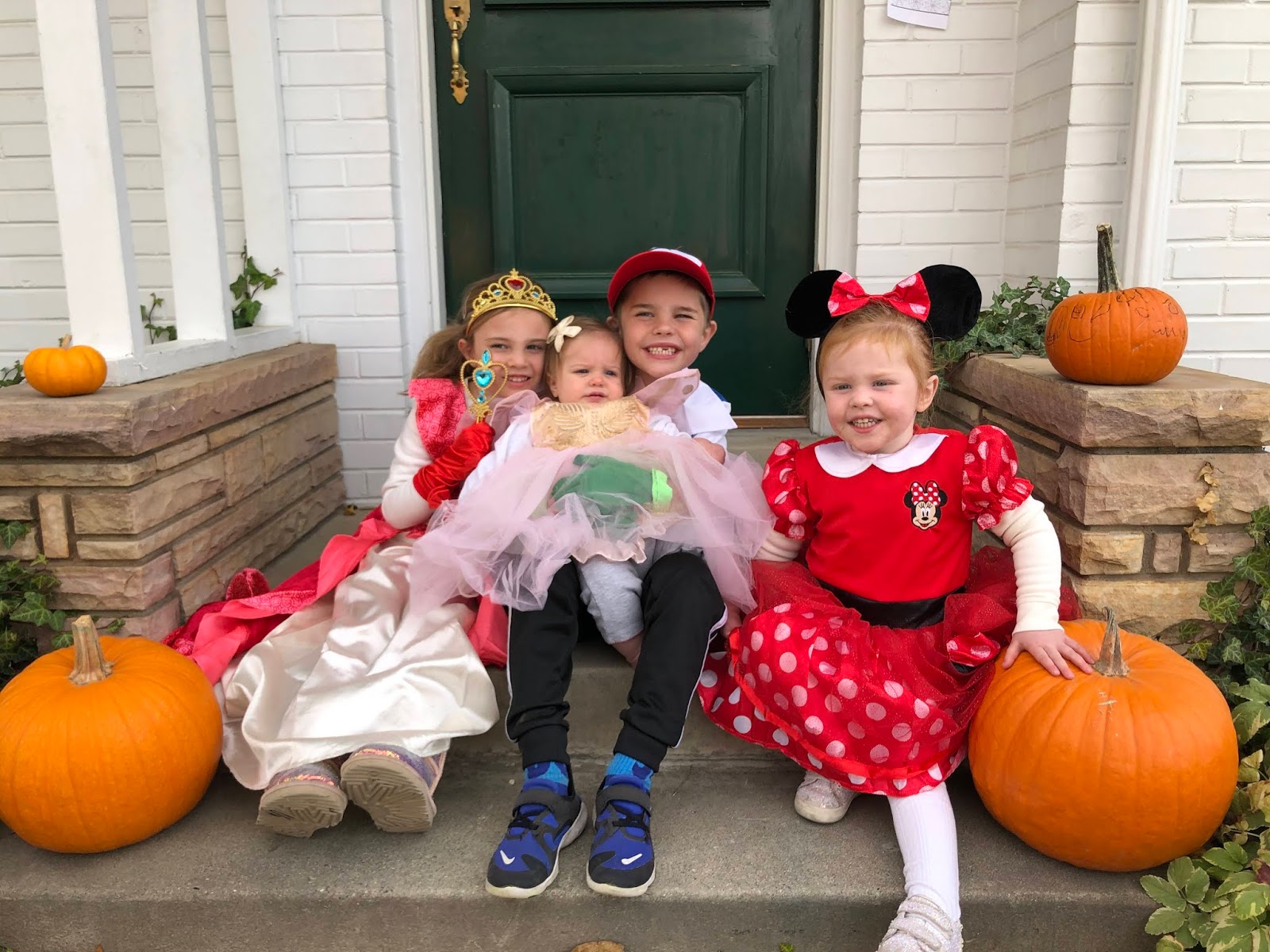 Winston had a Halloween parade at school so we did car pool extra early to start the day off right- donuts! then we got to wave to everyone in his class as they showed off their costumes. One street over from us held a big block party we went to for a little bit but Halloween was just FREEZING this year which was a bummer. We did a little trick or treating in the shopping center where Cozy goes to preschool and a few houses on our street and called it a night! Cosette dressed up as Elena of Avalor (Dishey show), Winston chose Ash Ketchum (Pokemon) Vivian continued her devotion to Minnie Mouse, and Noelle borrowed Viv's old costume because that tiny butterfly is too cute not to pass on. My neighbor and I texted each other pictures of all the junk we had in our costume boxes and I ended up as her pirate costume and she wore my Cleopatra. Evan's costume is my fave but it didn't last very long due to the cold- as you can see by Noelle strongly protesting! 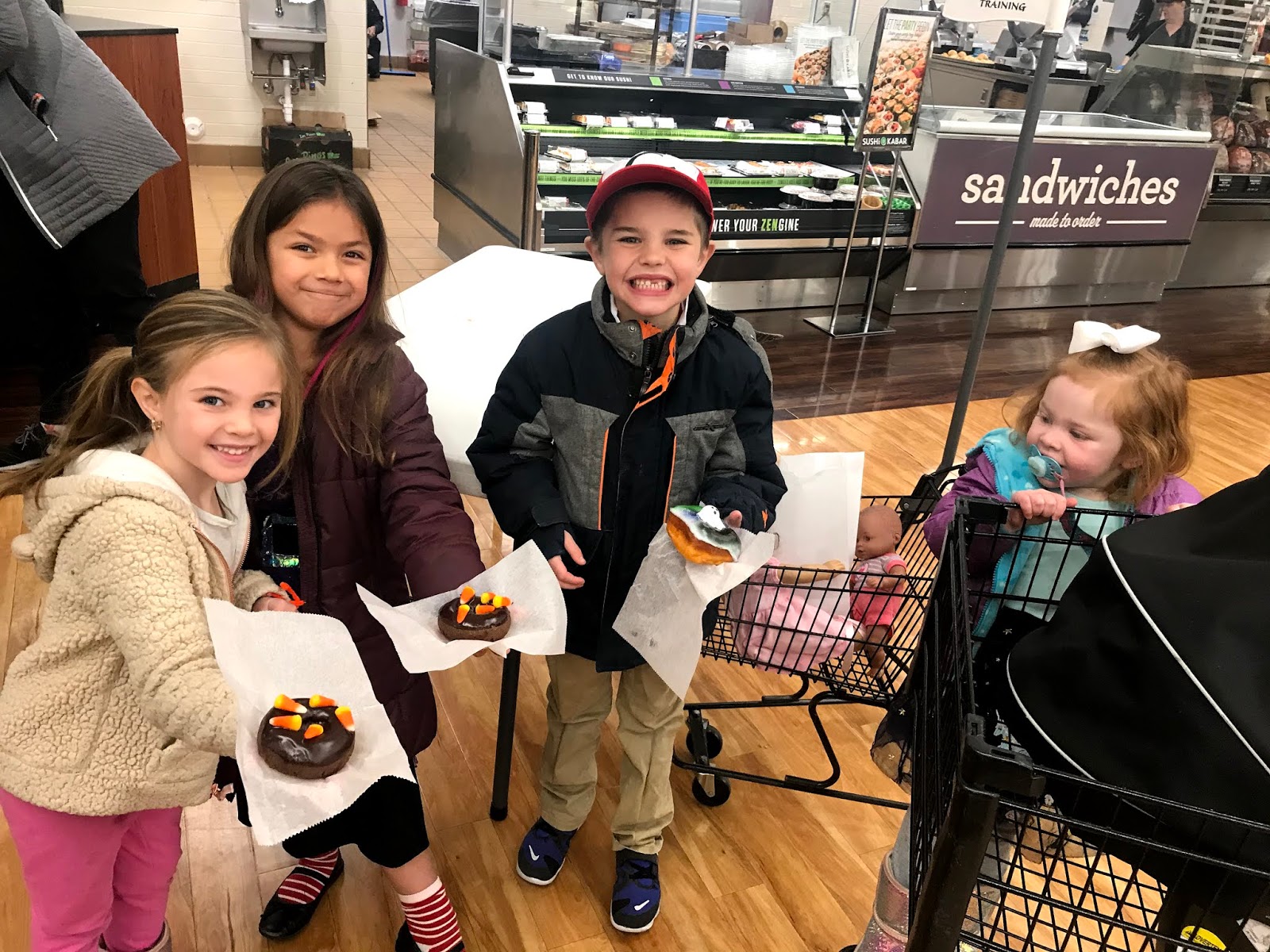 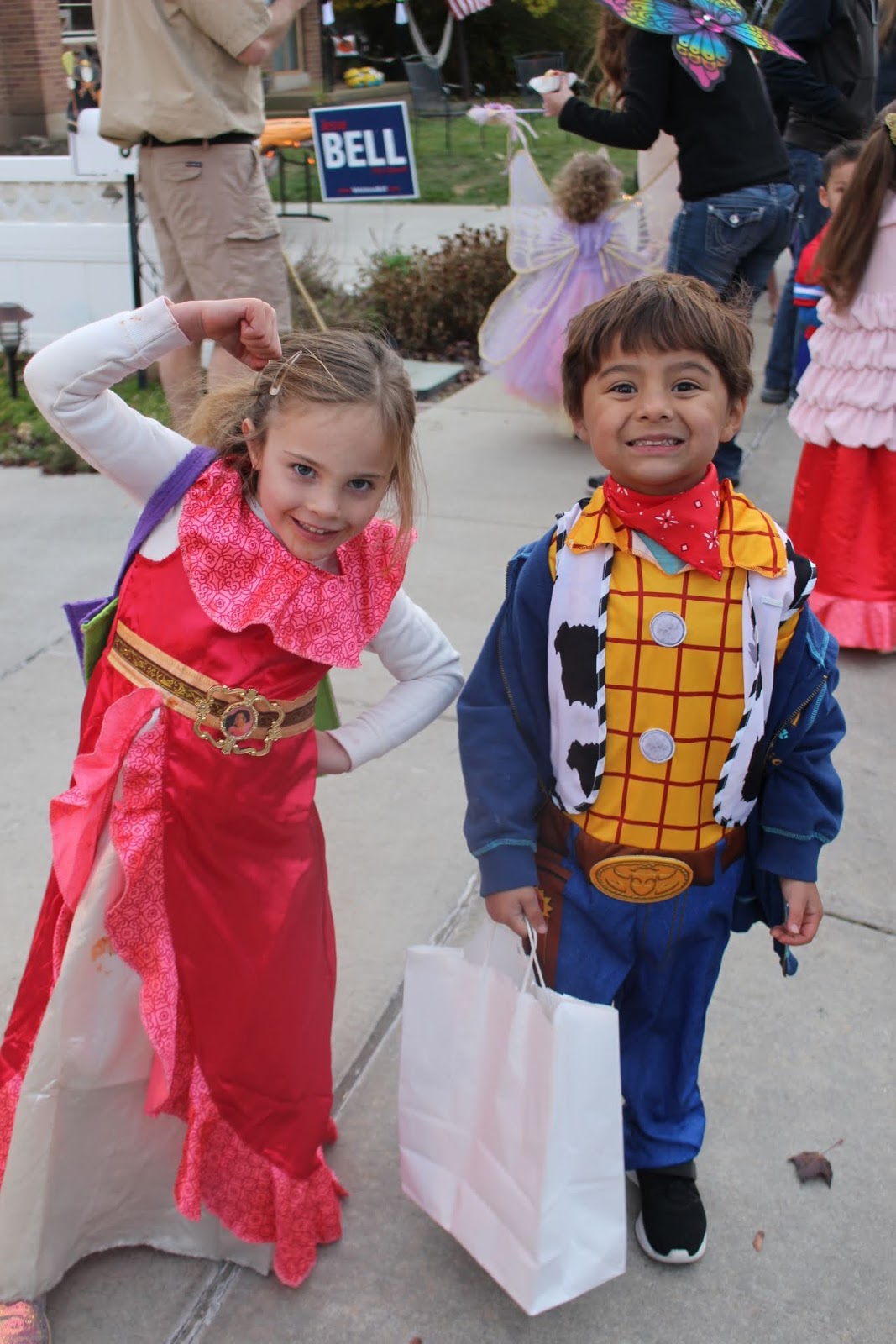 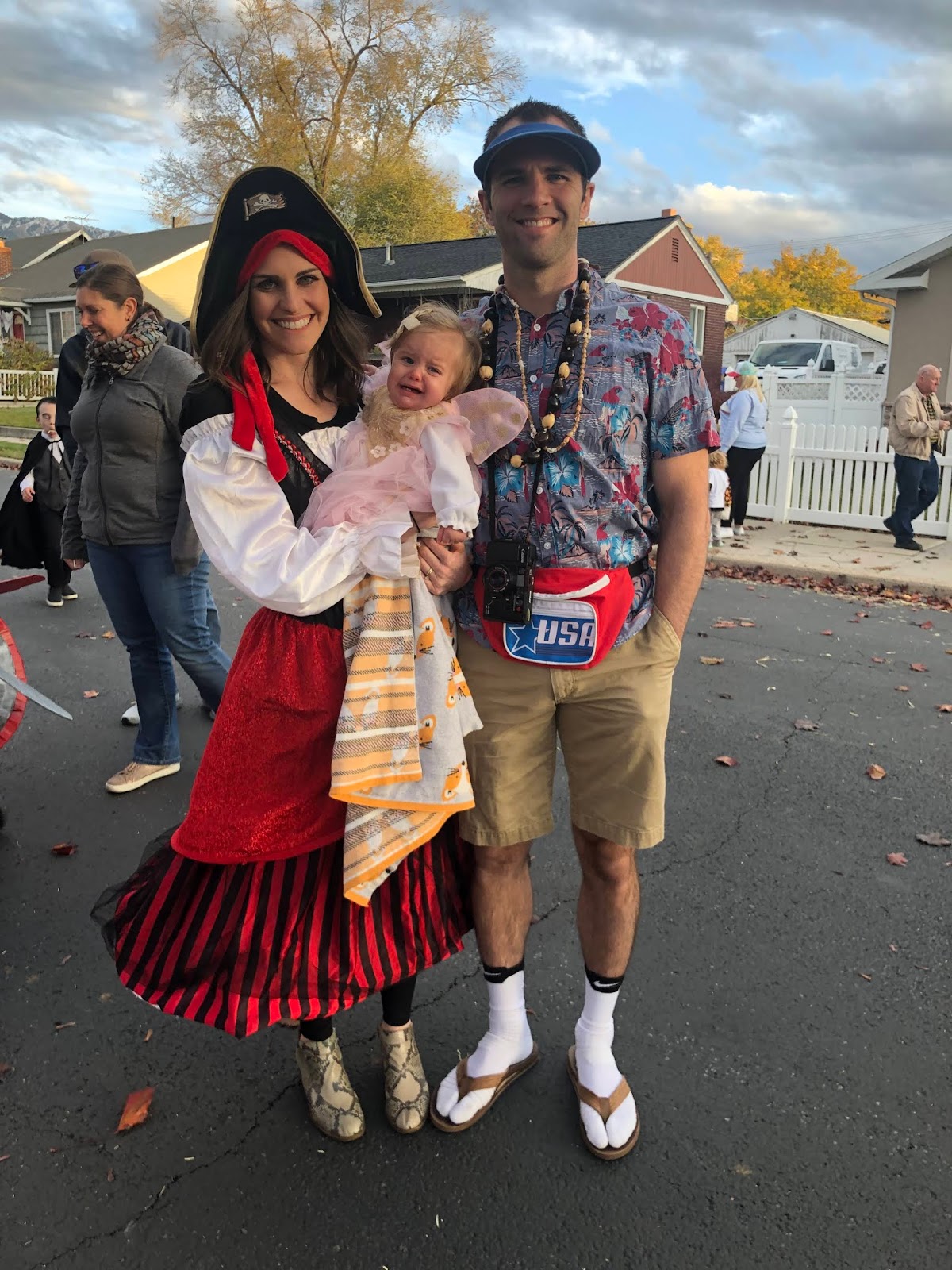